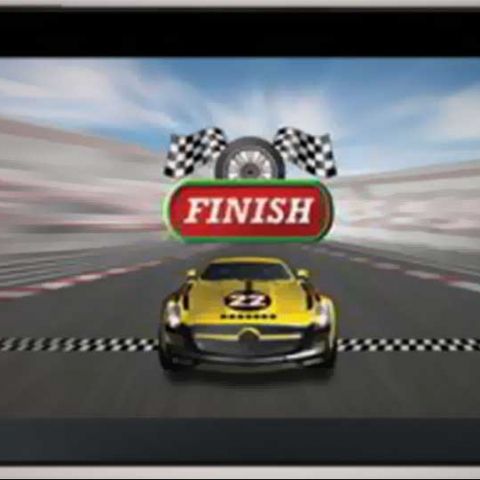 The most interesting thing about the Reliance 3G Tab is the price, undoubtedly. What this does is lowers the entry price barrier for branded tablets. We were pretty impressed by the performance in general. While it isn't a multimedia or gaming powerhouse, the 3G Tab does a bit of everything. Steady performance, good battery life and a surprisingly sleek form factor are some of the strong points of the Reliance 3G Tab. However, you do sacrifice on certain aspects, the display is average, touch response is not very fluid, and the camera results are poor. If the Rs 30000+ Android tablets are out of your budget, this may just be the right one to introduce you to the world of tablets.

This was inevitable. The Rs 28k upwards price tag of most high-end tablets caters to a niche market, but was largely out of reach of most potential buyers. However, the Reliance 3G Tab (essentially the ZTE V9C, since ZTE makes these tablets for Reliance) changes that, quite dramatically. The price point is the most attractive thing about the tablet, but the first impressions had indicated a pretty competent tablet. After a more detailed review of the tablet, here are our findings. 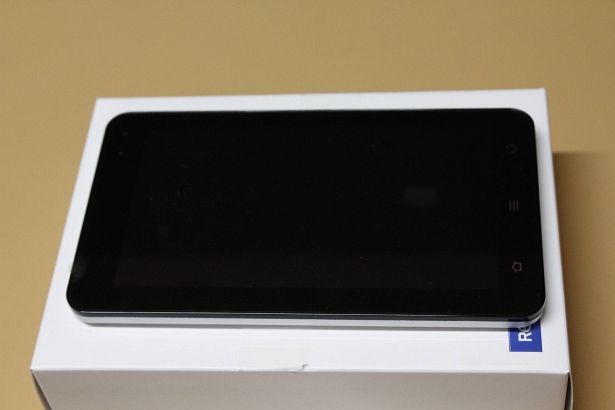 Look & Feel
Minimalistic. Quite simply, this is the most matter to fact tablet we have seen till date. Not that it is a bad thing, at all. The display has a glossy black frame around it. Power key and the volume rocker are on the right side, assuming the Tab is held in the portrait mode. Micro USB charging port on the bottom panel, while the 3.5mm audio jack is on the top panel along with the speaker. The left panel is largely clean, except for the groove designed to allow you to open the rear panel. 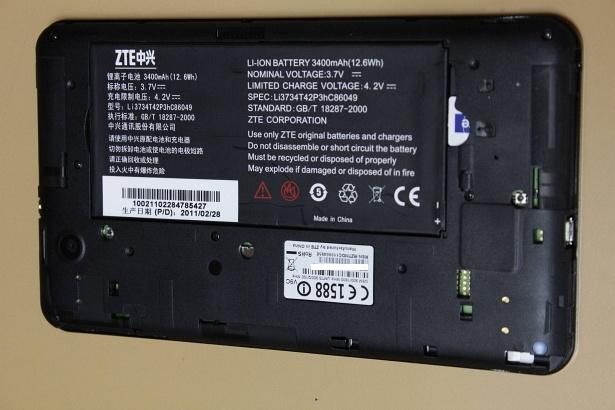 Speaking of which, the rear panel is dressed in classy silver colour, quite a contrast from the black on the front. Open the panel and this is the smartphone-ish experience. The huge 3400 mAh battery, the SIM card slot (Reliance were kind enough to provide us with an active Reliance GSM connection, with 3G activated) and the microSD card slot.

The build quality overall is pretty acceptable. No flashy design elements, just simple tones. There are no hardware buttons for home, menu and return – just touch based ones. They don’t light up in the dark, and that can be a little uncomfortable at times.

[RELATED_ARTICLE]The Tab 3G just feels very compact. Was bound to happen to a certain extent, since this is a 7-inch display. However, those of us who have used the very first Samsung Galaxy Tab P1000 would most probably agree that the P1000 felt much bigger than this one. And it was slightly thicker too. Weight wise, the 3G Tab tips the scales at 389grams, not much more than the 389grams of the Samsung Galaxy Tab P1000. We are comparing the two, while they may be of slightly different eras since they both have 7-inch displays. Like for like comparison, if you please.

Features
First reaction of most people is that at this price, the tablet will miss out on a bit of the feature set, if not the most of it. An ARM11 800MHz processor along with 512MB of RAM powers this tablet. The 7-inch display is a simple TFT with capacitive touch capability. The resolution of the display is 800x480 pixels.

While there is literally no internal storage space to boast of, Reliance has nicely bundled a 4GB microSD card with the tablet. You can use a microSD card up to 32GB. There is the combo of a 2MP camera and VGA camera. 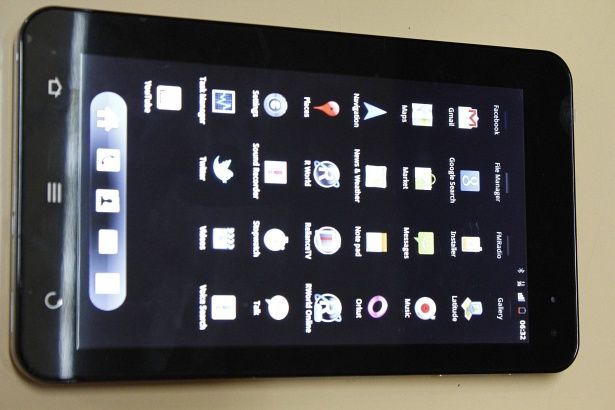 A lot of applications come preloaded on the 3G Tab. Docs To Go is a complete office suite, allowing you to view, create and edit Word, Spreadsheet and Presentation documents. Reliance’s own applications as well - R World, RelianceTV and RWorld Online. Then there are the usual suspects – Facebook, Twitter, YouTube, and even Orkut (it still lives!). 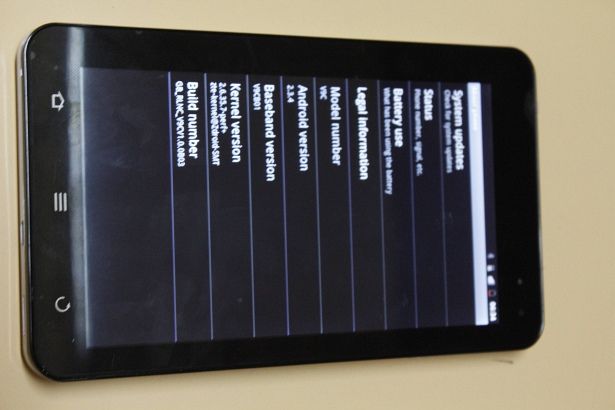 Read more about the Reliance 3G Tab's performance, bundled data plans, and our verdict, on the next page...

Performance
We are impressed! That is to say the least. The initial apprehension that this’ll perform like a low cost tablet (and will essentially be a disappointment) evaporated very quickly. The 800MHz processor coupled with 512MB of RAM helps the Android 2.3.4 chug along quite nicely. While the interface does have a slight lag, it is minimal. This is mostly felt when flicking through the multiple home-screens or the application list. Unless there is application load, we can blame this stutter on the low refresh rate of the display. Apps open up pretty quickly, but the age-old problem with Android – open too many apps in the background and it will become sluggish. The OS version in this is Android 2.3.4, the very latest for smartphones. The skin wrapped on Android is a very minimal one. The home screen widgets are basic Android ones only, nothing extra.

The phone feature is back in the tablets, something missing of late in most. Calls can be made, and calls can be received! The end!

[RELATED_ARTICLE]The 7-inch display is the humble TFT with a very basic 800x480 pixel resolution. While the display quality looks a little rough in general, but there is enough sharpness to make text look crisp. Colours aren’t very vivid, but enough for most usage scenarios. As we had mentioned earlier, the 3G Tab isn't aiming to be a multimedia powerhouse. If you are using the tablet for web browsing, the display’s low-ish resolution actually helps - makes the text crudely sharp. Videos are not very sharp, and the display’s low refresh rate means that any fast moving videos will not be very fluid. However, video quality is definitely watchable, but that’s about it. In a nutshell,

It is not a surprise that the 3G Tab is locked to the Reliance mobile network. We tried using a Vodafone SIM card with this, and it didn’t work. But we must add that the 3G speeds we got in parts of the Delhi NCR region were pretty good- constant 2Mbps speeds, with spikes even taking it up to 4Mbps at times. Since the 3G Tab can be used as a Wi-Fi hotspot, good connectivity helps quite a bit.

The camera is a huge disappointment. The 2MP camera clicks pictures that can be called ‘very grainy’ at best. Well, do we really even need to describe the colour depth and details, if the images look so grainy straightaway? 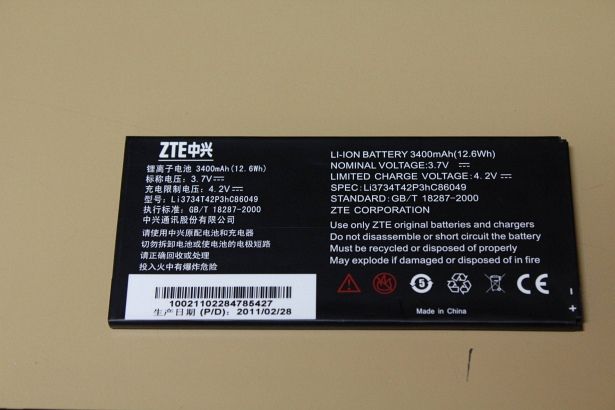 Battery life is surprisingly good. With uninterrupted 3G we had this running for slightly more than two days – full charge to full discharge. During this time, there was quite a bit of web browsing, the daily dose of Angry Birds, and it was even used as a Wi-Fi hotspot for about 4 hours. The huge 3400mAh battery does the job, and this should be a clue to most smartphone and tablet makers that bigger batteries are a critical feature.

Bundled Data Plans
Yes, the Reliance 3G Tab does come with bundled 3G data schemes. Two types of schemes are being offered. Here are the details...

Our Take
The critical point with the Reliance 3G Tab is the price. What this does is lowers the entry price barrier for branded tablets. We were pretty impressed by the performance in general. While it isn't a multimedia or gaming powerhouse, the 3G Tab does a little bit of this and a little bit of that- steady performance, good battery life and a surprisingly sleek form factor. You do sacrifice on certain things – just okay display, touch response that is slightly iffy at times and a bad camera. Remember, the critical point is the “at this price” factor. If the Rs 30000 Android tablets are out of your budget, this may just be the one to introduce you into the world of tablets.