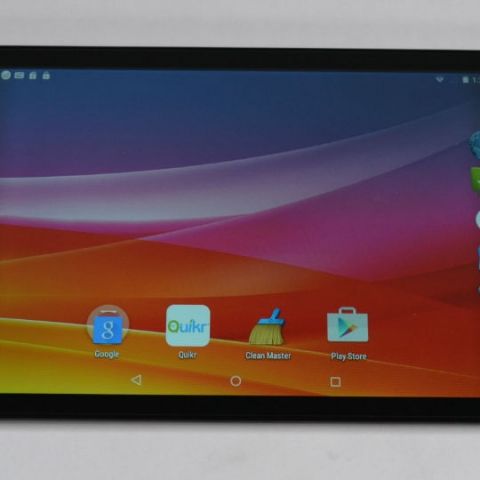 For Rs. 9,499 the Micromax Canvas P680 has a great display and also boasts of the ability to make calls. But the limiting 1GB RAM gives it lacklustre overall perofrmance. You can consider this if you are restricted to a budget of 10k. But if you can increase your budget by Rs. 3,000 there are better alternatives in the market.

If someone asked me which is the best 7-inch tablet in the market, I’d say it was the Nexus 7 hands down. Be it the first gen one or the second gen one at their lowest price, while they were still available in the market, they offered 3 key features - a great touchscreen experience, smooth performance and good build. I don’t support the 2-in-1 argument that comes with making calls from a tablet. If you want to make calls, get a phone. Nonetheless, it looks like a lot of you like making calls from a tablet and hence the availability of so many tablets with the ability to make calls. Today we have with us the Micromax Canvas Tab P680. With an 8-inch IPS display and the ability to make calls, should this be your next tablet? 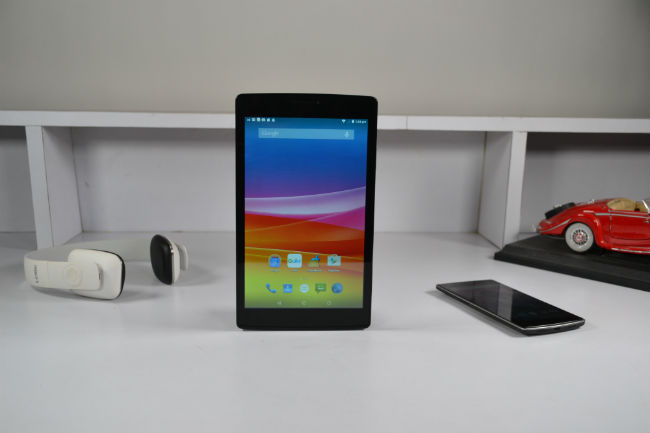 Lying flat, screen up its easy to mistake it for one of the infamous Nexus tablets, and that’s a good thing. The front of the tablet is clean — no buttons. Surrounding the display is a black border, which makes the display look smaller than it is — a standard we have seen with budget tablets. Above the display we have the front facing camera and the earpiece. Turn the table around and you will be slightly impressed. The back of the tablet is plastic with gunmetal like finish. Sticking with the back, the top and bottom have a rubberised finish, which adds to the grip, a nice touch. It also makes the tablet look quite premium. The back of the Micromax Canvas Tab P680 has 2 speaker grills. Not the ideal placement for speakers but it isn’t a hindrance while holding the tablet. The back also has the camera accompanied by the LED flash. 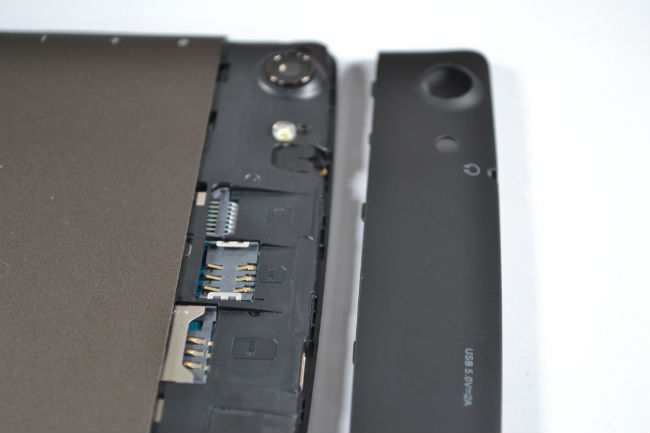 Moving on to its weight, the Micromax Canvas Tab P680 does feel slightly heavy in ones hands. I love reading books on my tablet and after prolonged reading on the P680 it was tiring. But then again, I could be getting old.

Overall, the design of the tablet is pretty good. Slightly heaver than I’d like but a good looker nonetheless. 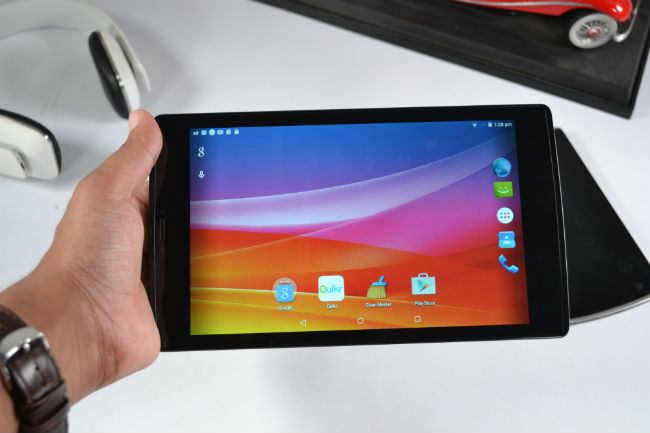 The 8-inch IPS display has a 1280x800 pixel resolution and gets the job done quite well. It has very good viewing angles and watching a video on the device is a treat. The downside is that you’d do better wearing headphones. The audio output from the speakers at full volumes cracks and that isn’t a good thing.

Coming to the UI, it's stock Android with a slight skin, something we have seen on many Micromax devices out there. It runs on Android 5.0.1 – YAY! The Micromax Canvas Tab P680 comes with a bunch of preloaded apps, nothing you can’t download off the Google play store and nothing life changing. 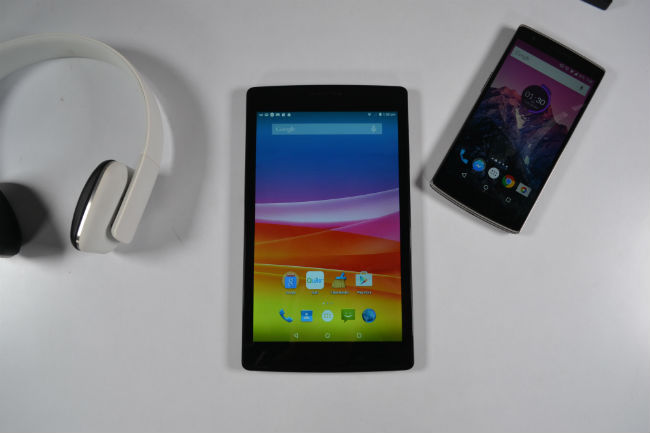 There is also a “trending apps” app, which houses a few apps like Twitter, Snapdeal, Saavn, Quickr Temple Paradise and more.

Overall the display is the highlight of the device and the audio is a downer. The UI is standard what you’d expect. There are preloaded apps that you will most likely end up deleting. 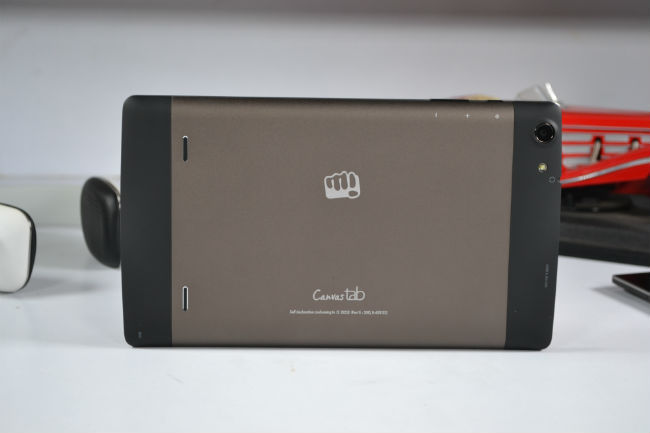 Start using the tablet for a while and the first thing that you will notice is that it lags after some time of use. I started playing Dead Trigger 2 and the game ran smoothly. I shifted to Asphalt 8 and the stutter was very evident, very noticeable. I moved on to Sky Force and the device was smooth once again. Closing all the background apps I started browsing a few websites on the tablet and once again it started stuttering. I put it away and got to it the next day and the web browsing experience was smooth once again – very inconsistent performance.

Now when it comes to videos, I saw a bunch of MP4 movies on the tablet and they worked well. Once again, the display stands out and it’s a better experience with headphones.

So now that you’ve seen a little bit of the performance of the tablet, lets get into the specifications. As mentioned earlier, the Micromax Canvas Tab P680 has an 8-inch IPS display with a 1280x800 pixel resolution. It has a 1.3GHz MediaTek processor coupled 1GB RAM. It has 16GB built-in storage expandable up to 32GB via a microSD card. The rear has a 5MP camera and the front has a 2MP camera. A 4000mAh battery powers the entire package.

Coming to the performance of the camera, its average. But then again, do you really use a tablet to click pictures?

Coming to the feature I will never use on a tablet — making calls. Surprisingly the call quality of the tablet was good on both the earpiece and the loudspeaker. It's like the loudspeaker was meant more for making calls than multimedia.

In our continuous video playback test the device lasted for a little under 5 hours, which is more than what Micromax claims on its website. 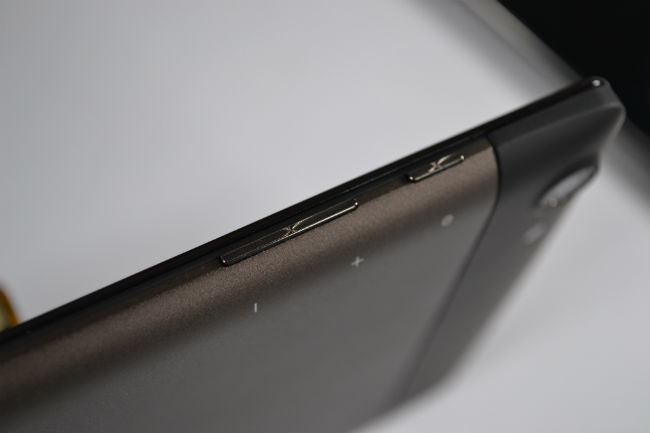 So, here is the million-dollar question. Should you buy the Micromax Canvas Tab P680? Well for Rs. 13,000 you can get a behemoth of a performer with the Xiaomi Mi Pad. The Mi Pad runs on the NVIDIA Tegra K1, with 2GB of RAM and 16GB built-in storage. The 7.9-inch display has a 2048x1536 pixel resolution. The device however cant house a SIM card and thus can’t make calls. So by increasing your budget by Rs. 3,000 you can get a much better performing device. In fact, the Micromax's own Canvas Laptab, costs Rs. 12,999, and can take a SIM card, while also being bundled with a keyboard. Yes, that device is on Windows instead of Android, but it presents more functionality than this one, with a similar or better display.