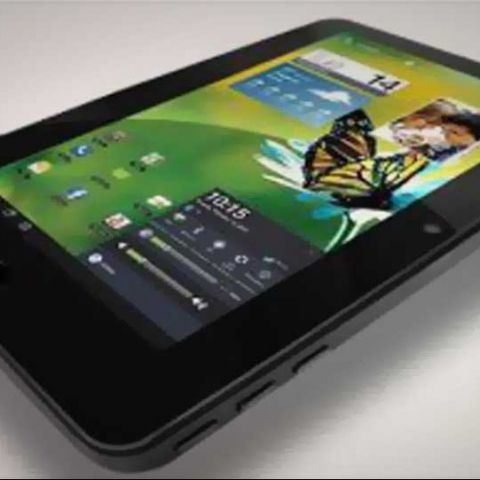 The Mercury mTab Neo2 is a well-built tablet that offers some good specifications under the hood, especially the dual-core processor and a nice build.The absence of a volume rocker is missed but the addition of the SIM card slot makes the device capable of making calls as well as accessing data without a dongle sticking out of the device. For Rs. 15,000 it is a little difficult to recommend the Neo2, especially when you can get the iBerry Auxus AX02 for around Rs. 10,000 running ICS straight out of the box.

Budget tablets are all the rage these days especially if they run the latest OS. We have seen a slew of budget tablets launch that not only pack in decent hardware under the hood but run Google’s latest OS, Android 4.0 Ice Cream Sandwich. The older generation budget tablets launched with Android 2.3 Gingerbread felt a little incomplete. But today we have with us a device that falls right in the middle of the above two mentioned OS’.

The Mercury mTab Neo2 has a dual-core processor and runs on Google’s originally unveiled tablet specific OS, Android 3.0 Honeycomb. We haven’t seen Honeycomb budget tablet hit store shelves in India and this is a first. Thankfully, Mercury says that the device will be upgradable to Android 4.0 Ice Cream Sandwich.
Another factor that needs to be considered is that besides being dual core, the tablet is also priced at the higher spectrum of the budget tablet price range, i.e., at Rs. 14,999. Is it enough bang for your buck?

Look and feel
At first glance, the tablet looks like the 100 other homogenous 7-inchers out there. There is nothing on the surface that distinguishes the device from its brethren in terms of its look and design. Pick the device in your hands however, and you do get a premium feel from the device. It has quite a solid build but the finish is glossy making the device a fingerprint magnet.

The front of the device houses the 7-inch display that boasts of a resolution of 480x800. The front also has the 0.3MP camera and a back button. The rear-facing snapper is 2MP. In terms of connectivity, all the ports are at the bottom of the device (when held in portrait mode). The device has a headphones jack, two Mini USB port, HDMI out, DC IN and Micro SD card slot.

On the right, the device has the home menu and power button. These 3 buttons feel really small and at times inconvenient to use. It would have been nice if the home button were on the face of the device along with the back button. The absence of a physical volume rocker too is dearly missed.

Features and performance
Snappy is the first thing that comes to mind when you start using the device. Straight out of the box, the device runs Android 3.0 Honeycomb and the tablet will be upgradable to Android 4.0 ICS in the near future. Under the hood, the device runs a dual core 1.2GHz ARM Cortex A8 processor, Imagination Technologies PowerVR SGX 540 GPU and 512 MB of RAM, which may seem a little less but is sufficient to get the job done. The device also has 8GB internal storage straight out of the box. The touchscreen of the device too its pretty good. It’s well responsive and comfortable to use.

The keyboard on the other hand is fantastic in the portrait mode and slightly frustrating in landscape. Its easy and fast to type in portrait and the errors were next to 0. In landscape however, the keyboard feels squished and inconvenient. Games ran pretty smoothly on the device. We played some Angry Birds Space and flinging birds into zero gravity was satisfying.Browsing the web on the device was a good experience. The pages rendered fairly quickly and zooming in and out was smooth.

The 1080p video playback on the device was very smooth. The display got the job done ok, although the viewing angles of the display are very bad.
The camera on the device isn’t one to boast. The rear houses a 2MP camera where as the front of the device has a 0.3MP camera. The cameras aren’t the best in its class and the output generally depends on the surrounding lighting conditions.

One advantage of the device is that it has a SIM card slot that not only lets you use 3G to access the internet but also lets you makes calls. Sure you’d look really silly holding the device near your face but the addition of the option is nice.

The device has a 4000 mAh battery and you can expect to touch the 5 to 6 hours battery life on the device with average use. The device does run the Android OS but with a skin layered over it. The skin is fairly basic and doesn’t possess any bloatware that will be problematic for the system. Once change is that instead of swiping down from the top of the screen to see the notifications, you swipe the bottom of the screen – down to up. For those of you that aren’t happy with the skin can always use one downloaded from the Google Play Store.

Since the device has a dual-core processor, we thought it would surpass the sub Rs. 15,000 tablets by a mile in benchmark performances. We were however proven wrong. The Intex iTab (Scored 198) and the iBerry Auxus AX02 (scored 197) surpassed the Neo2 (scored 163) in the Peacekeeper benchmark that tests the browser on the tablet.

On the Quadrant benchmark, the Mercury mTab Neo2 scored a 1468 whereas the Micromax funbook scored 1675 and the iBerry Auxus AX02 scored 1733.
The overall benchmark performances of the device may not bring out the fact that it is a dual core processor powered device but its real world performance was acceptable nonetheless. The fact still remains that you can get a tablet that has slightly better raw performance for a much lesser price.

Verdict
The Mercury mTab Neo2 is a well-built tablet that offers some good specifications under the hood, especially the dual core processor and a nice build. It also supports all the possible inputs but runs on an older generation OS, Android 3.0 Honeycomb. The absence of a volume rocker is missed but the addition of the SIM card slot makes the device capable of making calls as well as accessing data without a dongle sticking out of the device. For Rs. 15,000 it is a little difficult to recommend the Neo2, especially when you can get the iBerry Auxus AX02 for around Rs. 10,000 running ICS straight out of the box.