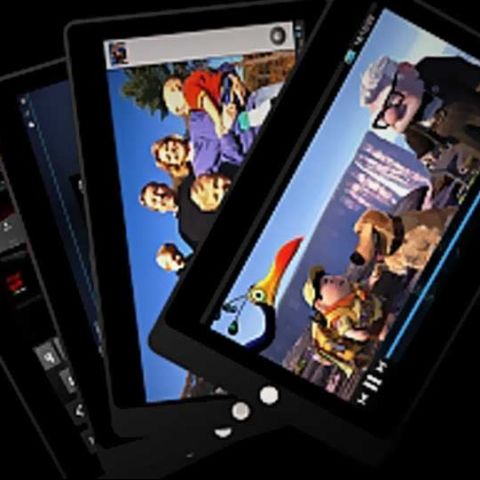 If you are in the market to pick up a tablet in the Rs. 10,000 bracket, this tablet should definitely be on your list.

The Rs. 10,000 price point has seen the rise of quite a few tablets in the past year from brands such as iBall, Mercury, Beetle, Viewsonic and Reliance to name a few. In trying to break the price barrier, some of these devices compromise on features such as build, battery life, camera and the power under the hood. Until now, these devices ran Android version 2.2 or 2.3.

Today we have amongst us the iberry Auxus AX02 tablet running ICS. Has this budget tablets finally outdone the competition or has it skimmed off on too many features?

Look and Feel
On first impressions, the device is very well built. It has a black plastic body that feels really well built for its price point. The matte finish is nice and refrains the device from becoming a fingerprint and dust magnet. 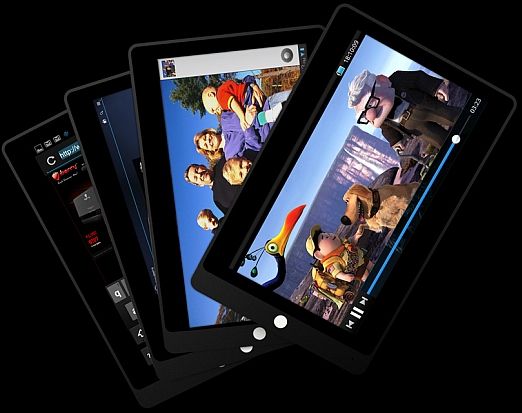 The front of the device houses the 7-inch display that boasts of a resolution of 480x800. The front also has the 0.3MP camera and a home button. The rear-facing snapper is 2MP. In terms of connectivity, all the ports are at the bottom of the device. The device has a mini USB port, mini HDMI out, a headphones jack, microSD card slot, DC in and the power button. That may seem like a lot of ports but they are neatly laid out. On the top of the device (when held in landscape mode) is the volume rocker.

Switched off, you could easily mistake this device for any other 7-inch budget tablet, as there is nothing new here to distinguish it from the crowd.

Features and Performance
Straight out of the box, the device runs on Android 4.0.3 Ice Cream Sandwich. Under the hood, the device is powered by a 1GHz Cortex A8 CPU and has 1GB RAM taking it beyond the competition that offers 512MB RAM and runs on Android 2.3. The touch screen is capacitive in nature, eliminating the need of a stylus. The capacitive screen on this device has a lot better response and is smoother than what the competition has to offer. Finally, a good touchscreen on a budget tablet.

Playing Angry Birds, Pool Master Pro on the device was a fun experience. The touchscreen response was nice, graphics were smooth and the audio was surprisingly good.

Browsing the web on the device was a good experience. The keyboard is smooth and easy to type on, web pages rendered nicely and the overall experience was better than the Android 2.3 budget tablets we’ve seen so far.

The iberry Auxus AX02 claims 1080p video playback support and we were more than happy to put this claim to the test. We ran two 1080p trailers in .MP4 format on the device and they ran absolutely smoothly without any jitters. The display though crisp lacked brightness. The device cant boast of great viewing angles as well.

The rear of the device has a 2MP camera that takes pictures in a maximum resolution of 1600â€†×â€†1200. The images from the camera aren’t exceptional and very average. The same can be said for the front facing camera. It is a 0.3MP camera and can shoot stills in 640x480. The videos from both the cameras are very poor with a very low frame rate.

With average use, the device lasted us under a day, which is expected from a device in this category. You can expect the device to last for 4 to 6 hours at a stretch depending on your usage.

The device comes with a file manager, which is nice as it enables seamless transfer of content from your Mac/PC and the device.

Since this tablet is one of the first budget tablets to run ICS, we will give you a quick run through the OS. The interface is a lot like Honeycomb without all the bugs. There is a simple and quick access to the settings and all the apps and widgets are neatly laid out.

The settings give you access to a variety of features such as data monitoring (if you use the internet via a 3G USB dongle), back up and restore and more. The interface is very smooth and snappy and the improvement over Android 2.3 tablets is startling.

The only drawback to the new OS is that apps downloaded from the Google Play Store automatically show up on the home screen. This can get a little irritating especially if you are a hope page customization freak like us. Thankfully, this feature can be manually disabled via the settings.

Verdict
Overall, the iberry Auxus AX02 is a good performer when compared to the competition in the same price range. It is one of the first Android ICS tablets and outperforms Android 2.3 budget tablets in all the benchmark tests. The lack of Bluetooth is the biggest downer of this device. The 1080p MP4 playback was smooth and games like Angry Birds Rio and Pool Master ran smoothly on the device. If you are in the market to pick up a tablet in the Rs. 10,000 this tablet should definitely be on your list.