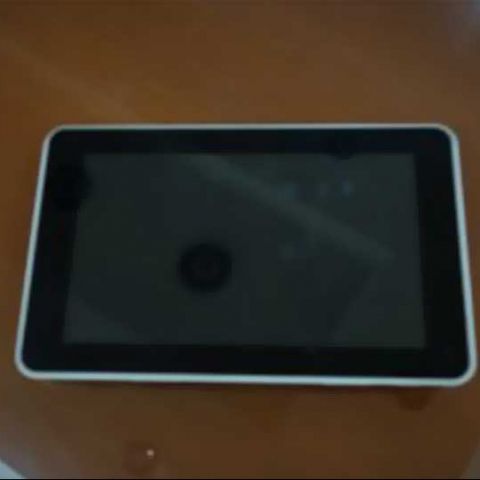 The Huawei MediaPad 7 Lite is a disappointing tablet. The good thing about the tablet is that it is extremely well built; the display is good for watching videos and the audio output from the speaker is loud nice. The downside of the device is that it is very laggyand you will be in for a frustrating experience if you use some of the heavy apps and game and multitask on the device. Itï¿½s hard to recommend the Huawei MediaPad 7 Lite especially since the competition offers a better package deal. Youï¿½d do better off looking at other 7-inch budget offerings in the market.

Budget tablets have finally started to impress us and we are optimistic that 2013 will be a good year for this product category. Having said that, we have seen some big names drop bad products and some underdogs show some seriously outstanding products in this category.

Today, we have with us the Huawei MediaPad 7 Lite. Huawei as a company has impressed us with some of its products in the past. Their portfolio of products includes the Huawei Honour, Huawei Ascend G300 and the Huawei U851 Ideos X3 to name a few.

On paper, the specifications of the Huawei MediaPad 7 Lite are a mixed bag. It has a single-core processor but a whopping 1GB RAM. It has a 7-inch IPS display but the resolution is 1024x600. Does it have enough to keep us hooked?

The first thing that you will notice with the Huawei MediaPad 7 Lite is that is has a unibody design. The rear has an aluminium finish rather than plastic, which gives it a premium feel. The downside here is that the device isn’t light at 370grams.  The front of theHuawei MediaPad 7 Liteis very clean. There are no physical buttons present here and that is a good thing. The right of the device has the power button, the volume rocker along with the microSD card slot and the SIM card slot. The bottom houses the micro USB port and the headphones jack. All the ports are very neatly laid out. The rear of the device houses a 3.15MP camera and the front has a VGA camera for video calling.

Straight out of the box, the Huawei MediaPad 7 Lite runs on Android 4.0 ICS. This is a tad disappointing as we have seen tablets launch in India running Android 4.1 Jelly Bean straight out-of-the-box.Just like all the other Huawei devices, the OS is skinned with Huawei’s customs skin and this isn’t a bad thing as it offers sort of a vanilla experience with tweaks that aren’t a hindrance.

In terms of the specifications, the Huawei MediaPad 7 Lite has a 7-inch IPS LCD display with a resolution of 1024x600 pixels giving it a pixel density of 170ppi.A single-core 1.2GHz Cortex A8 processor and 1GB of RAM power the Huawei MediaPad 7 Lite. The device supports a 3G SIM card not only for data but for voice calls as well. The rear of the device houses a 3.15MP camera and the front has a VGA camera for video calls.

The Huawei MediaPad 7 Lite has 8GB built-in storage expandable up to 32GB via a microSD card. It also supports Bluetooth 3.0 and a 4,100mAh battery. In terms of the preloaded apps, the Huawei MediaPad 7 Litedoes come with Huawei Cloud , which gives users an online storage of up to 160GB. 16GB can be obtained for free. Other preloaded apps includeFoxitt Reader, Movie Studio, Sohu News, WPS Office and more. Apart from this you also have access to the Google Play store to satisfy all your app needs.

The specifications of the device aren’t really the best when compared to the budget tablets on offer today. But can it shine in performance?

Let us start with the display. The Huawei MediaPad 7 Lite’s display worked brilliantly, great for watching videos, reading books and browsing the Internet. To the naked eye, there was nothing wrong with it. The viewing angles and the representation of colour too on the device werevery nice. Having said that, the resolution of the device (1024x600 pixels) is a tad low. We have the iberryAuxus CoreX2 3G priced at Rs. 10,990 and that device has a 7-inch IPS display with a resolution of 1280x800 pixels. You can read our review of the iberry here.

Watching movies on the Huawei MediaPad 7 Lite is a real treat. Not only because the visuals are great but also the audio output from the built in speaker is really loud. It is one of the loudest we have heard on a budget tablet.  But that is where the awesomeness of this tablet ends. The tablet is very sluggish, and laggy in its performance. It takes a couple of seconds to switch orientations and that is a very bad thing.

In terms of its benchmark performances, the device is lowest in its price point. At the same price, you have manufacturers offering consumers better hardware under the hood. You can take a look at the benchmark scores of the Huawei MediaPad 7 Liteversus the iberryAuxus CoreX2 3G tablet below.

The keyboard on the Huawei MediaPad 7 Lite is surprisingly comfortable to type on in bothportrait as well as landscape mode. This is something we have had a difficulty with in the past and to see it work well on this 7-incher is a nice thing. Gaming was a lot of fun on the Huawei MediaPad 7 Lite so long as you stick to the basics. We tried to get play some Death Trigger on the tablet and the device lags a lot hampering the gaming experience. A 4100mAh battery powers the Huawei MediaPad 7 Lite and the performance of the battery can be considered as average. In the continuous video playback test, it lasted for a little over 3.5 hours. You can expect the device to last under 6 hours with average use.

The tablet also shows off the ability to make calls and you would do better to use a headset rather than the on-board speaker.

The Huawei MediaPad 7 Lite is a disappointing tablet. The good thing about the tablet is that it is extremely well built; the display is good for watching videos and the audio output from the speaker is loud nice. The downside of the device is that it is very laggyand you will be in for a frustrating experience if you use some of the heavy apps and game and multitask on the device. It’s hard to recommend the Huawei MediaPad 7 Lite especially since the competition offers a better package deal. You’d do better off looking at other 7-inch budget offerings in the market.