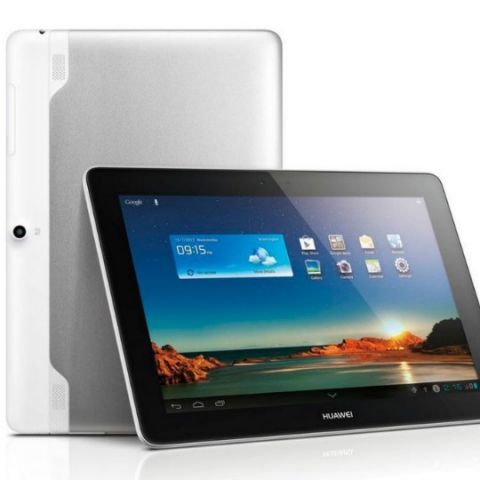 It's a little hard to recommend the MediaPad 10 Link especially when you have a device like the Samsung Galaxy Note 510 available in the market at the same price point that gives you a better value for money proposition.

Priced at Rs. 24,999, the MediaPad 10 Link aims to take on the iPad Mini, the iPad 2 and the recently launched Samsung Galaxy Tab 3. The specifications of the tablet are quite good on paper and it runs on Android 4.1 Jelly Bean with Huawei’s custom skin overlaying the OS. Is it a worthy contender for the competition?

At a Glance
The tablet is quite well-built and its only drawback is that it runs on Android 4.1 Jelly Bean, and not the latest OS. The 10.1-inch IPS LCD display has a 1280x800 pixel resolution. It has a 1.2GHz quad-core processor, 1GB RAM and 16GB built-in storage expandable to 32GB via a microSD card. The rear of the tablet houses a 3MP camera and the front has a VGA video-calling camera. A 6,600mAh battery powers the entire package. You can take a look and see how the specifications of the MediaPad 10 Link compare with the competition.

The display of the MediaPad 10 Link is at par with what the competition has to offer. It has a quad-core CPU that is only there on the Samsung Galaxy Note 510. The other competing tablets such as the iPad 2, iPad mini and the Tab 3 run on a dual-core processor.

Design
Coming to the design and build of the Huawei MediaPad 10 Link, the tablet is quite slim, measuring in at 9.9mm in thickness. It is relatively lightweight, weighing in at a mere 640 grams. The rear of the tablet has a dual-tone colour, silver and white, with a metal and plastic finish. The rear also has the camera without a flash. The rear panel of the tablet cant open so you don’t have access to the battery. It is however quite well built. The Xperia Tablet Z has a rubberized matte finish, which adds to the grip and makes the tablet feel really good. Here, the MediaPad 10 Link has a plastic finish with the curvy edges, which makes it comfortable to hold.

The Huawei MediaPad 10 Link has the power button and the volume rocker on the right and the headphones jack and the microUSB port on the left. The top of the device has a flap below, which rests the microSD card slot and the SIM card slot.

There are no physical buttons on the face of the Huawei MediaPad 10 Link, only the front facing camera.

The rear of the Huawei MediaPad 10 Link houses two speakers and when held in landscape mode, and they are well positioned so that your hands do not cover them.

Overall, the design of the Huawei MediaPad 10 Link is good. It is well-built, much better built than the competing Samsung tablets and is comfortable to hold and use.

UI and Interface
The Huawei MediaPad 10 Link runs on Android 4.1 Jelly Bean and Huawei has its own custom Emotion UI overlaying the OS. The first thing that you will notice about the UI is that you don’t have the standard apps and widgets listing page that we are used to seeing on all other Android tablets. Instead you have all the apps listed on the home screens, something we are used to seeing on iOS. You can also stack them into folders depending on your requirement.

Samsung, Sony and Asus on their tablet skins give the option to run multiple apps simultaneously not only taking advantage of the hardware but also letting users maximize the utility of a large display. This feature is absent from the Huawei MediaPad 10 Link’s Emotion UI and is missed.

The UI of the Huawei MediaPad 10 Link is different when compared to the ones on offer from Sony and Samsung on their tablets and may take a bit of getting used to especially considering the fact that it doesn’t come with the traditional app/widget list. It doesn’t come preloaded with bloatware and that is a good thing. If you are used to an iOS interface and want the ability to add widgets to your home screens, then this is the UI for you.

Performance
At the Rs. 25,000 price point, the Huawei MediaPad 10 Link boasts of a quad-core processor, 1GB RAM and a 16-core GPU. Here is a look to see how it performs in the benchmarks when compares to tablets available at the similar price point.

Taking a look at the real world performance of the Huawei MediaPad 10 Link, it is quite good. Browsing the Internet, playing games, watching movies and interacting with the touchscreen was good. The MediaPad 10 Link also has the ability to house a SIM card for data only. The tablet can’t make calls.

The layout of the Huawei MediaPad 10 Link’s keyboard is good. The keyboard isn’t stock Android and the preloaded keyboard is comfortable to type on giving you shortcut access to symbols. Navigating the touchscreen too is good. It is smooth and responsive.

Playing games on the Huawei MediaPad 10 Link too was a treat. It ran all the games we threw at it including Angry Birds, Dead trigger, Real Racing and Riptide GP that came preloaded on the tablet. All the games ran smoothly. The only hiccup was in Dead Trigger when the action gets very intense onscreen.

The MediaPad 10 Link also ran all the video files we threw at it – MKV, MP4 and AVI. It recognised these files natively. The only downside to the display is that there is a green tint to it while watching the videos. The resolution of the display is 1280x800 and this feels slightly washed out especially during multimedia consumption. There are moments when the display lacks crispness. The brightness on full too isn’t very bright and you will have a problem if you use the tablet under direct sunlight. Reading books on the tablet too is a comfortable experience.

The audio output from the speakers is really loud. There are two speakers that are housed at the back of the tablet and the MediaPad 10 link also boasts of Dolby Digital Plus. You have the option to switch this off, use it in movie or music mode. If you like loud and clear tablet speakers, then this is the device for you.

Even when we had quite a few apps open on the Huawei MediaPad 10 Link, there was very little lag. There are times when the apps took longer then we’d like to load, but once they loaded, they ran quite well. In indoor conditions however, the display is good to work on and has wide viewing angles as well.

In our continuous video playback test, the Huawei MediaPad 10 Link ran for nearly 6.5 hours, which is good. We ran a 720p MP4 HD movie on the tablet on loop. The brightness and audio was kept at max and the Wi-Fi was left on.

Bottom Line
At Rs. 24,999 it’s a little hard to recommend the MediaPad 10 Link especially when you have a device like the Samsung Galaxy Note 510 available in the market at the same price point that gives you a better value for money proposition. The Note 510 however has an 8-inch display. If a 10-inch tablet is what you are looking for, you also have the 16GB Wi-Fi only iPad 2 still available in the market. What the MediaPad 10 Link has going for it is that it has a decent display, good battery life and on board speakers that are really loud. On the downside, the skin may not appeal to all, the camera is lacklustre and it runs on Android 4.1 Jelly Bean. You can consider the device if you don’t want to go the Samsung or Apple way.