HCL ME Tablet U1 Review 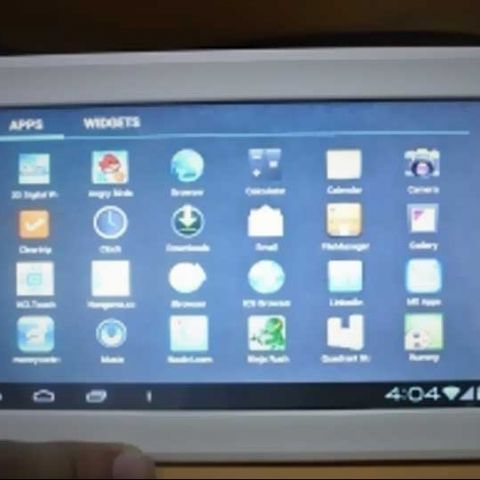 If you are in the market to pick up a tablet in the sub Rs. 10,000 we suggest you take a look at the competition first. Not only because they offer access to the Google Play Store straight out of the box but also because they are better performers overall.

BUY HCL ME Tablet U1

HCL ME Tablet U1 detailed review

Budget tablets have always been looked down upon for a few simple reasons. To maintain the low price point they compromise on many features such as build, screen, wireless connectivity and battery life to name a few. But lately we have seen quite a few budget tablets that have skimmed on features but managed to deliver a good user experience and a bang for users buck.

The biggest criticism of these budget tablets was that they do not offer the latest version of the Android OS. But that has changed. In the past few weeks, we have seen the launch of budget tablets running Android 4.0 Ice Cream Sandwich while maintaining the sub 10k price barrier. These tablets are – Micromax Funbook, iberry Auxus AX02, Zync Z990 and the HCL Me Tablet U1.

Today we have with us the HCL Me Tablet U1. This is HCL’s third foray into the budget tablet segment and its first venture into the ICS tablet domain. Does the device have what it takes to stand out of the crowd?

Look and Feel
On first impressions, the device is quite well built, at par with the competition if not better. The rear panel however feels flimsy near the ports and you get the feeling that you can wrench it out.The device has a glossy white finish making it a fingerprint magnet.

The front of the device has a 7-inch display that boasts of a resolution of 480x800. The front also has the 0.3MP camera and no physical buttons. Since ICS is an OS that displays all the necessary functions such as home, back and running apps on the screen all the time, there is no need for the device to have a physical back or home button. The absence of any buttons on the face of the device gives it a plain and clean look, which is nice. There is no rear-facing camera.

In terms of connectivity, all the ports are at the right of the device (when held in landscape mode). The device has a mini USB port, a headphone jack, microSD card slot, DC in and a full sized USB port. The addition of a full size USB port is nice as users can directly plug in their 3G dongles into the device. The ports are neatly and well laid out.

On the top of the device (when held in landscape mode) are 3 small buttons. Two of these buttons are used to control the volume and one is the on/off/sleep/wake button.

Overall the device has a nice look and feel to it. The white colour and absence of any face buttons distinguishes it from the run of the mill budget tablet crowd.

Visit page two for a look at the HCL Me Tablet U1's features, performance, and our verdict...

Features and Performance
Straight out of the box, the device runs on Android 4.0.3 Ice Cream Sandwich, which is AWESOME! But your excitement will be short-lived, as HCL has done with this tablet what it did with the HCL Me Tablet X1 (read our review), and removed access to the Google Play Store.

Instead you get access to HCL’s own Me Apps store that is as bad as its predecessor. Sure, most of the popular apps are there but you don’t have access to all the apps. There was no Angry Birds Space available on the HCL Me app store for download when we received the device for review. That’s a big downer and shows that the app store isn’t updated with the latest offerings of the Google Play Store. 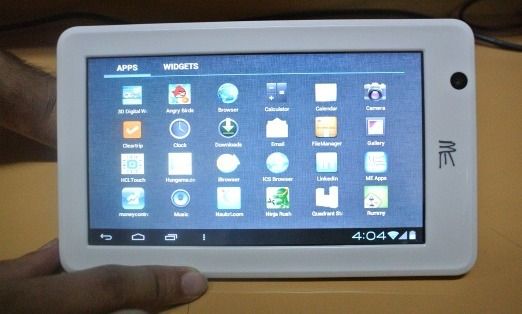 Plus, the interface on the HCL Me app store is boring and dull and it asks you three times before downloading and installing an app. It’s really frustrating to use this store and we wish HCL adds the Google Play Store in addition to its own store.

With the biggest disappointment out of the way, let us take a look at how the rest of the device performs.

Under the hood, the device is powered by a 1GHz Cortex A8 CPU and has 512MB RAM keeping it at par with the competition if not better. The iberry Auxus AX02 (read our review) however offers 1GB of RAM making it a lot snappier than the HCL Me Tablet U1. The touch screen is capacitive in nature, but its response at times felt a little sluggish and the screen showed a lot of lag especially while swiping between home screens.

HCL has modified the UI on the home screen a bit making it a tad different from the vanilla Android experience. On the top right corner of the screen you have a button that displays all the home screens in a rotating cube like interface. You can use this interface to quickly look at all the home screens. It is like the 3D view you get on the HTC Sense UI. Its performance however cannot be compared to the Sense UI. It lags and is sluggish.

Browsing the web on the device was a mixed experience. The change in orientation from portrait to landscape was swift but the pages took a little too long to render. Once loaded it was easy to zoom into the text to read it.

We transferred a few 1080p HD MP4 trailers to the device and the playback was smooth but the audio from the onboard speakers was underwhelming. They are very soft even on full volume. 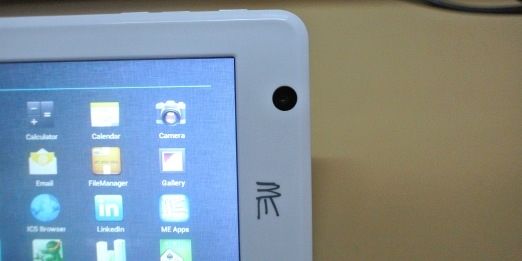 The battery life of the device seems to be at par with the competition. You can expect anything from 4 to 6 hours of straight use from the device depending on usage.

The front of the device has a 0.3MP camera that takes pictures in a maximum resolution of 640x480. The images from the camera are average. The front facing camera is also capable of shooting videos in 320x240 resolution. This is very low quality when compared not only to the competition but the predecessor, HCL Me Tab X1.

The preinstalled file manager is easy to navigate and transferring contacts from your computer to the device is as easy as drag and drop.

Verdict
Overall, the HCL Me Tab U1 is an average performer when compared to the competing ICS budget tablets on offer. The lack of the Google Play Store is the biggest downer of this device. The overall performance of the device was below par and the occasional lag on the device really hampers the experience. If you are in the market to pick up a tablet in the sub Rs. 10,000 we suggest you take a look at the competition first. Not only because they offer access to the Google Play Store straight out of the box but also because they are better performers overall.

HCL ME Tablet U1 Key Specs, Price and Launch Date

HCL ME Tablet U1

HCL ME Tablet U1