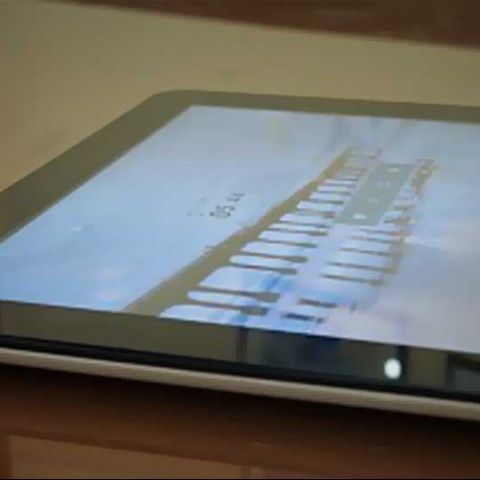 The HCL MeTab G1 is a decent device overall. If the absence of the Play store doesn't bother you and you will side-load your apps via the .apk installer, then you can consider the HCL MeTab G1, as the power under the hood is really good. But if you are one who wants to use the device like an everyday user, there are other alternatives available at a cheaper rate.

Move over 7-inchers, it is time for the bigger screen budget tablets to rise and shine. In the recent past we have seen a jungle of 7-inch budget devices hit store shelves and is has become difficult to distinguish the good devices from the crowd.

The big names of the tablet business have however ventured to the 10-inch screen size space with the launch of their tablets that boast of a bigger display. We have seen the Micromax Funbook Pro, and the Zync Z1000, which are tablets that boast of larger than 8-inch displays. Both the devices have their own set of good and bad points.

Today, however, we have HCL that has ventured in the 8-inch screen size space. Is it a device that is a worthy contender or are you better off looking elsewhere?

Design and Build
The Zync Z1000 had a pretty good form factor and was comfortable to hold even though it was a tad too heavy for one hand use. On its face, the HCL Me Tab G1 looks quite similar to the Z1000 but is much lighter at 570 grams (the Z1000 weighs 659 grams). It is slimmer that the Z1000 too, measuring a mere 11mm when compared to the Z1000’s 13mm thickness. The HCL MeTab G1 also has a curved design at its border which is quite reminiscent of the iPad whereas the Zync Z1000 has a more rectangular design. It’s safe to say that the HCL MeTab G1 feels a lot more comfortable to hold and use.

With most tablets, we are used to the ports taking up an entire side of the device and the ports are exposed. Here however, on the G1, HCL has the ports as well as physical controls laid out on the right of the device when held in landscape mode. You have the back, menu and volume rocker as physical buttons on the side. These buttons are quite slim yet comfortable to navigate without looking for them and that is a very good thing. Below the physical buttons rests a flap. Inside the flap we have the microUSB port, microSD card slot and the HDMI out. It is nice that these ports are covered but it is inconvenient to get the cables in sometimes. Below this flap rests the headphones jack and the DC in.

There is no SIM card slot for those of you that would like to use HCL MeTab G1 to make calls although if you do need to use the Internet on the go, you can connect a USB dongle through the USB adaptor that comes in the box. All in all, this is one of the neatest yet different layout of ports we have seen on a tablet.

The back of the HCL MeTab G1 has a glossy white finish that will get littered with your fingerprints from the minute you touch the device. The rear also houses a 2MP camera. The white back is as bad if not worse as the Zync Z1000 when it comes to gathering fingerprints. The on/off/power switch rests at the back of the device right next to the camera (very reminiscent of the Motorola Xoom). It's a convenient location as it falls at your fingertips while gripping the device.

For a tablet priced at Rs. 14,999, the HCL MeTab G1 is a well-built device. Its build quality feels better than the Zync Z1000 but then again, it is almost Rs. 5,000 more expensive. It is slightly on the heavier side at 650 grams, but that isn’t a bad thing as it is comfortable for prolonged use.

Features and Specifications
Straight out of the box, the HCL MeTab G1 runs on Android 4.0.4 ICS. The experience is mostly vanilla with a minimalistic skin. If you have used any of the past ICS-based tablets from HCL, you will feel right at home. The same way, if you want access to the plethora of apps available globally, you can forget about it. HCL has replaced the Google Play store with its own HCL Me app store. HCL has always done this and we think it's a bad move. It would have been nice to see the HCL app store in addition to the Play store. Nonetheless, if you are an app junkie, you can install the .apk files separately on the device. The library of apps on the HCL Me app store has grown since we last saw it but it doesn't house all the latest apps. We wanted to play some Angry Birds Star Wars and the game wasn’t there on the HCL app store.

There are quite a few goodies that come with the HCL MeTab G1. You get a coupon in the box that can get you a Reliance dongle free (first month rental has to be paid up front while availing this scheme), a free trial to BigFlix along with the pre-installed app on the device, a Cleartrip travel voucher worth Rs. 2,500 and also a bunch of preloaded apps on the device like LinkedIn, Twitter, ThinkOffice, Saavn and more.

In terms of the specifications under the hood, a 1.2GHz processor and 1GB of RAM power the G1. The 9.7-inch display has a resolution of 1024x768 pixels along with an IPS panel, which is better than the 1024x600 resolution of the 10.1-inch Micromax Funbook Pro. The G1 has built in storage of 8GB expandable up to 32GB via a microSD card. The resolution of the front facing camera is 0.3MP.

Apart from the absence of the Google Play store, the HCL MeTab G1 seems like an ideal device on paper. But does the performance live up to its specifications?

Performance
Starting with the display, since the HCL MeTab G1 boasts of an IPS panel, we though the display would be its outstanding feature. Now, when there is very little ambient light the display performs well. Under everyday conditions the display is very glossy and very reflective and this isn’t a good thing. The colour representation and reading text on the display is nice, but the reflective nature of the display hinders the experience.

The HCL MeTab G1 played all the video formats we threw at it with absolute ease. Playback of 1080p HD .MKV files was also smooth, and even navigating on the timeline was seamless. A problem comes with the aspect ratio of the tablet. Since it is 4:3, there is a lot of screen real estate that is wasted because of the black bars.

The audio output from the HCL MeTab G1 was surprisingly good. At full volume, there was little distortion and the audio is overall clear.

The fact that the device has a dual-core processor makes it really snappy. Its interface and ability to multitask feels a lot better than the devices powered by the single core processor. At places where other tablets tend to lag and stutter, this one seems to run smoothly.

The keyboard on the tablet is stock Android and it is quite responsive. Even to a feather touch. We really appreciate the response of this keyboard and it is much better than the one on the Zync Z1000.

Even though the library of games is limited on the HCL MeTab G1, the ones that are there work quite well. Browsing the internet was surprisingly good. It is comfortable to read text on the large display and double tapping to zoom makes the text auto adjust on the display. The HCL MeTab G1’s screen is nice for prolonged browsing and reading.

A whopping 7000mAh battery powers the HCL MeTab G1 and this is where the tablet disappointed us a bit. In the continuous video playback test, the Zync Z1000 lasted for about 6 hours where as the G1 lasted for a little over three hours. This is a bit of a downer since both of the devices have the same capacity battery.

Bottom Line
The HCL MeTab G1 is a decent device overall. If the absence of the Play store doesn't bother you and you will side-load your apps via the .apk installer, then you can consider the HCL MeTab G1, as the power under the hood is really good. But if you are one who wants to use the device like an everyday user, there are other alternatives available at a cheaper rate.