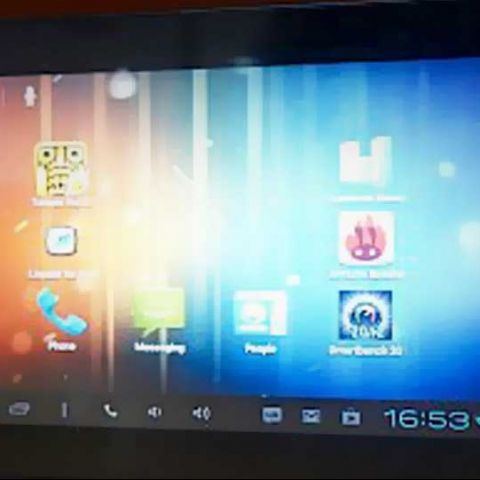 The DOMO Slate X2G isn't the first tablet with the ability to makes calls, and at its price, the overall performance it offers can be considered as average. There are better tablets available at the same price point but they lack the ability to make calls. If making calls from you tablet is a priority then we suggest you increase your budget. The DOMO Slate X2G tablet is an entry-level device that will give you a basic entry-level slightly laggy experience. We suggest you take a look at your options before making your purchase decision.

The market is currently flooded with a slew of budget tablets gunning for a place in consumers’ eyes. With the number of tablets launching, it is hard to distinguish the good budget devices from the swarm of copycats available.

Today, we have with us the DOMO Slate X2G. The tablet is priced under Rs. 6,000 and boasts of the ability to make calls. Does the Slate X2G boast of enough features, or offer solid-enough performance to distinguish itself from the run-of-the-mill 7-inch tablets?

Design and Build
The DOMO Slate X2G looks like your average everyday budget tablet. It has a 7-inch form factor and the front of the tablet is clean with no buttons. It houses the earpiece and the front-facing camera. The tablet is quite light at 330 grams and is comfortable to hold and carry around.

The rear of the DOMO Slate X2G has a glossy white finish making it a fingerprint magnet. The rear also houses the 2MP camera along with the speaker grill. The slot for the SIM card and the expandable storage rests neatly under a flap on the rear of the device.

In terms of connectivity options, the DOMO Slate X2G tablet has all the ports neatly laid out on one side. It has the headphones jack, USB port, DC in, volume rocker and the mic. The power button also rests here.

Overall, the design and build of the Slate X2G is what you’d expect from your regular Rs. 6k tablet. It is plasticky, has a common look and you won’t be able to tell just which tablet it is, unless of course you see the branding at the back.

Features and Specifications
Starting with the specifications, the front of the tablet houses a 5-point multi-touch capacitive touchscreen, and a 7-inch LCD display that with a resolution of 480x800 pixels, gives it a pixel density of 240ppi. Under the hood, a 1.2GHz Cortex A8 processor and Mali-400 GPU power the device, coupled with 512MB of DDR3 RAM. The tablet has 4GB of built-in storage expandable up to 32GB via a microSD card. The Slate X2G tablet also houses a 3200mAh battery.

The DOMO Slate X2G runs on Android 4.0.4 ICS and considering its price point we really weren’t expecting it to run Jelly Bean. Although, we have seen the Wammy Desire, a Rs. 7k budget tablet running Jell y Bean straight out of the box.

The tablet houses an earpiece so it can be used as a phone. You will still look silly using a 7-inch device near your ear, but the fact that DOMO Slate X2G offers the ability to make calls is an added benefit.

The X2G doesn’t come preloaded with any apps and the Android experience is quite vanilla. There isn’t any skin or bloatware and users have access to the Google Play store for their entire app needs.

The specifications are standard for what you pay and the lack of preloaded goodies doesn’t make much of a difference thanks to access to the Play store. But is the tablet a good performer?

Performance
Starting with the display, it’s your average 7-inch LCD display. We saw a couple of SD videos on the device and they ran quite smoothly but the colours were washed out and the viewing angles weren’t the best. Again, this is an average performance, and at par with other tablets in its price range.

The overall performance of the device is quite laggy, especially if you multitask heavily. We opened the browser and typed a URL. By the time we finished typing, the first character appeared on screen. That is how laggy the device is. Browsing the web is not too bad. If you are one who reads text online, you will have to wait for the pages to load, zoom in, wait for the text to clear as it takes time and then you are good to go. Even playing games sees the occasional hiccup and lag.

The touchscreen of the DOMO Slate X2G is responsive. Typing didn’t require you to beat up the tablet screen, but the lag hampers the experience. To test the raw performance of the DOMO Slate X2G, we pitched it against the Fujizone Smart Tab MT12, Byond Mi-book Mi5 and the WickedLeak Wammy Desire.

From the above benchmark scores, it is clear that the DOMO Slate X2G isn’t the best performing tablet in its price range. In Quadrant and AnTuTu it scored the least. In GLBenchmark it is beaten by the Byond mi-book Mi5 and the WickedLeak Wammy Desire.

Thankfully, for data transfer, the DOMO Slate X2G supports plug and play. The X2G tablet also boasts of a SIM card slot. The call quality from the tablet can also be classified as average, with a bit of audio leaking from the earpiece at high volumes.

A 3200mAh battery powers the DOMO Slate X2G tablet. In the continuous video playback test, it lasted for a little under 3 hours and that is less. You will carry your charger with you if you plan to use this device on the go. The location services were on, brightness was on full, and so was the volume during the video playback test.

Bottom Line
The DOMO Slate X2G isn’t the first tablet with the ability to makes calls, and at its price, the overall performance it offers can be considered as average. There are better tablets available at the same price point but they lack the ability to make calls. If making calls from you tablet is a priority then we suggest you increase your budget. The DOMO Slate X2G tablet is an entry-level device that will give you a basic entry-level slightly laggy experience. We suggest you take a look at your options before making your purchase decision.