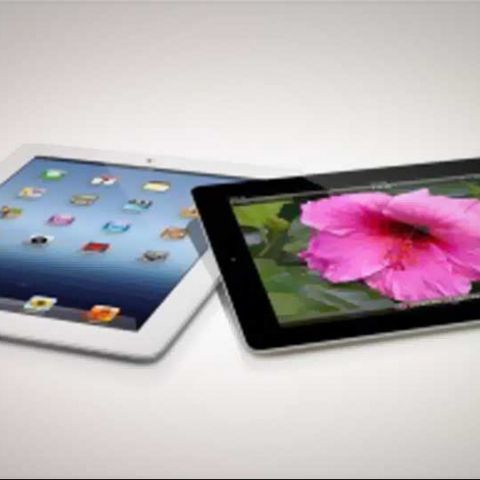 If you are an iPad 'one' user, or a user of any other tablet available in the market, then you should consider the upgrade to the New iPad. If you are an iPad 2 user however, we suggest you skip this iteration and wait for the fourth generation iPad as that will be a better value for money upgrade for you.

It would not be an exaggeration to say that Apple single handedly defined the tablet genre with the launch of the original iPad way back in 2010, and, that the competition still has not been able to catch up!

With the launch of the Asus Transformer Prime boasting of the powerful NVIDIA Tegra 3 processor and Super IPS 1280 x 800 display, a ray of hope started to emerge for the competition (check out our first impressions). Then Apple went and did what it does best. Revolutionize the iPad to an extent that it has blown the competition straight out the window.

With quad-core graphics, a better rear snapper and a tiny thing called the Retina Display, has Apple raised the bar for the tablet industry? In a word, yes, but read on to see why and how!

What’s in the Box?
Look at the box of the iPad 2 (read our review) and the New iPad and you will see absolutely no difference. The packaging is the same and minimalistic with the box housing the iPad, 30-pin connector and a wall plug for charging along with the manuals.

Design
If it ain’t broken, don’t fix it! We placed the New iPad and the iPad 2 in the hands of virtually everyone who walked into our lab and while the display was off, none of the users could make out the difference between the 2 devices. Some of the people who were iPad 2 users complained about one being heavier than the other and they guessed which was which.

In terms of its design, the New iPad is identical to the iPad 2 (just like the iPhone 4 and the 4S). The only difference lies in its weight. Just to put things into perspective, here’s a look at the dimensions of the iPad 2 and the New iPad.

As you can see, the upgrade in weight is only incremental and first for time users, it won’t make much of a difference.

Display
What will make your jaw drop to the ground is the new Retina Display. Once you switch on the display, there is no going back to whatever tablet you used before this. It’s the same experience users had when they decided to switch from the iPhone 3GS or any other smartphone to the iPhone 4.

To the naked eye, the display on the New iPad may seem slightly less bright when compared to the iPad 2, but we have never seen a crisper display on any device.

We tried a bunch of apps that are present on the iPad 2 and have been optimized for the New iPad. Some of the free apps are Readability, Pulse, Planetary and Remote. All of them looked absolutely stunning on the New iPad.

Even watching 1080p videos on YouTube made a world of difference between the two devices. Details on the New iPad look phenomenal.

New Features to iOS
iOS has seen its fair share of tweaks since its inception and Siri was one of the biggest highlights last year when Apple announced the iPhone 4S. We all expected to see Apple’s voice controlled personal assistant make an appearance on the New iPad, but we were all left a little disappointed. Instead, Apple has added a simple voice dictation feature to the device.

Users can tap the microphone icon to the left of the keyboard, dictate, hit the button again and viola! The device understands what you say. Well almost...When we tried the dictation app with our Indian accent, we were not very successful. The app refused to identify a lot of neutral words and if you try to dictate Indian names and places, be prepared to pull your hair out!

As awesome as the dictation feature is in an American accent, it is equally frustrating in an Indian accent.

Visit page two, for performance and benchmark Scores of the New iPad, more comparisons with the iPad 2, and Our Verdict...

Performance and Benchmark Scores
Apple has maintained the same 1GHz dual-core A5 CPU from the iPad 2 on the new iPad but the chip is now called the A5X chip. This is because Apple has bumped up the graphics on the device to quad-core. The RAM too has been upgraded from 512MB to 1GB making the device a lot snappier than its predecessor.

Apart from the fact that apps look beautiful on the device, they run smoother as well. Games especially, taking advantage of the upgrade in RAM and graphics, now load faster, run smoother and look better. The New iPad does have the potential to take on the portable gaming hardware market. Beware PS Vita and Nintendo 3DS. Epic demoed Infinity Blade: Dungeons at the launch even of the New iPad and we can’t wait to get our hands on the game.

The audio output from the mono speaker too has been improved from the iPad 2. Sure, it still lacks bass but the overall output is as clear as the iPad 2 if not clearer, which isn’t necessarily a bad thing. It is also louder.

If you were wondering that the New iPad overheats and that is a big downer, don’t bother. We used the device for a few hours continuously and yes, it does get hot, hotter than the iPad 2, but it isn’t a major deal breaker, and does not make it particularly uncomfortable to use. Every device heats up and Apple claims that the temperature of the device is in limits.

If you aren’t sure about upgrading from the iPad 2 to the New iPad, here’s a quick look at the specifications comparator between the iPad 2 and the New iPad.

The pricing and availability in India hasn’t officially been announced but we expect the device to launch between April and May 2012. The international pricing of the device is as follows:

NOTE: (The pricing for the New iPad is a direct conversion. The launch price in India will be higher.)

Camera Quality
Clicking pictures from your tablet isn’t the ideal option but it’s an option nonetheless. Apple has bumped up the rear camera on the New iPad to 5MP, and given it the ability to shoot video in 1080p HD. The front-facing camera is the same as the iPad 2.

In our tests we found that the rear camera, even though better in its performance than the iPad 2, is still not the best 5MP snapper out there. The images though crisp, still contain a bit of noise and rely heavily on the lighting condition of the environment. The addition of features such as face detection and tap to focus are a nice addition but clicking pictures from a tablet is still not the best experience.

The video recording capabilities of the device are good. Full 1080p HD videos look clear and the audio captured from the onboard mic gets the job done pretty well.

All in all, the upgrade to the camera is a move in the right direction, though you will still look silly holding up a 10-inch device to click photos.

Verdict
It is clear that the New iPad is the crème-de-la-crème of tablets available in the market today. The price point is still maintained same as the iPad 2 (India pricing structure still needs to be announced however) and it packs in quite a punch under the hood. So the big question: is it worth the upgrade? Well, if you are an iPad ‘one’ user, or a user of any other tablet available in the market, then yes, you should consider the upgrade. If you are an iPad 2 user however, we suggest you skip this iteration and wait for the fourth generation iPad as that will be a more value for money upgrade for you.