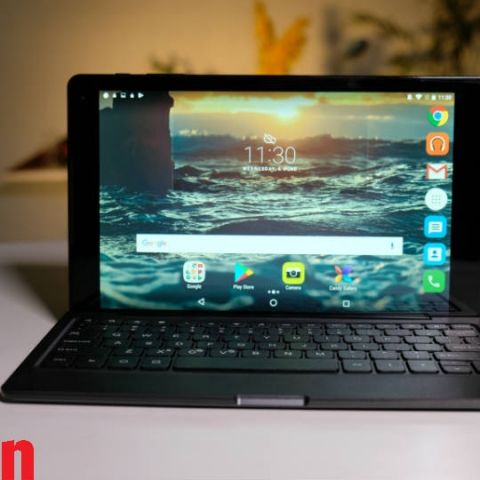 If you are looking for a budget device for productivity on the go, then yes, you can consider the Alcatel Pop4 10 tablet. You won’t get a laptop for sub 15k that can get the job done. Investing in a tablet at 15k means investing in a keyboard separately as well. With the price tag of 12k including the keyboard, you get a device that is good for typing long documents on, gives you a decent Android experience and can run heavy games like Asphalt 8. The device isn’t perfect though. We wish the tablet had a brighter display, the dock and tablet could share battery life. We wish the battery life were better too. But overall on a budget, it gets the job done.

Starting with the build, the Alcatel Pop4 10 is made of plastic. The rear panel has a smooth matte finish and is not slippery which is good. In fact, the tablet has a pretty good grip when you hold it in your hands for long. Speaking of connectivity (keeping the tablet in landscape mode) the micro USB port and the headphones jack are placed on the left. On the top, there's the power button and the volume rocker. The back has a flap below which rests the microSD card slot and the SIM card slot. There isn’t any specific “docking” connection on the tablet. It simply fits snug into the keyboard tray. Removing the tablet feels like ripping it out of the housing.

At the front, the tablet has a 10.1-inch display with thick black borders. It is nothing to complain about as it acts as real estate for grip. 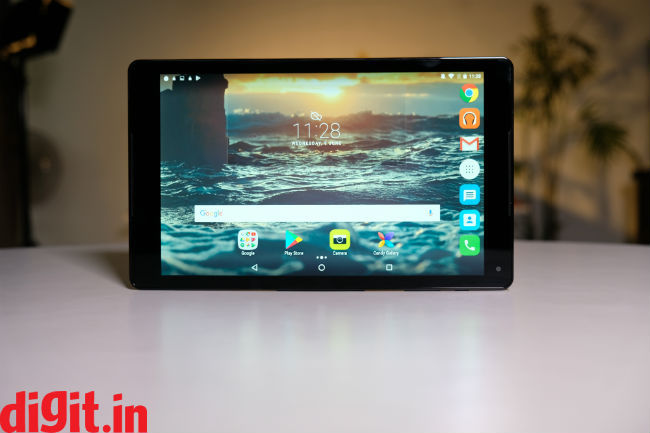 The keyboard is also made of black plastic with a matte finish matching the tablet. The bottom has four rubber feet which gives the keyboard a good grip when kept on a table. At first glance, the keyboard may seem cramped but that isn’t the case. Once you start typing, the keyboard feels quite comfortable to type on.

Overall, the build of the keyboard is good. In terms of connectivity options, it has one microUSB port for charging along with an on/off toggle. I wish the USB port were on the left instead of the right. This would help maintain symmetry with the charging port of the tablet. Secondly, there is no way to share charge between the tablet and the keyboard. They connect to each other via Bluetooth and the docking station is just a sturdy grip that holds the tablet in place. You will have to charge the devices separately in case the battery runs down. 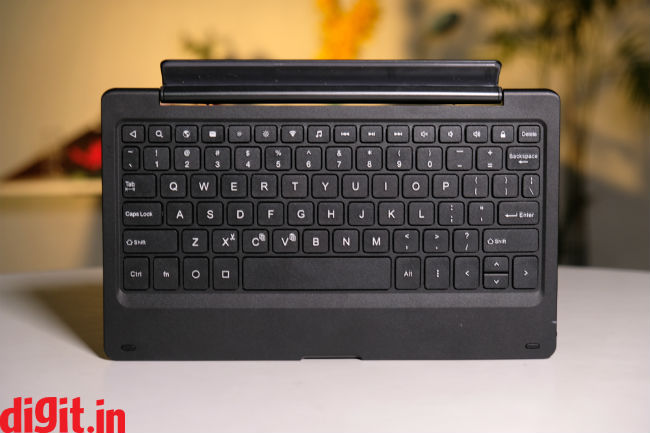 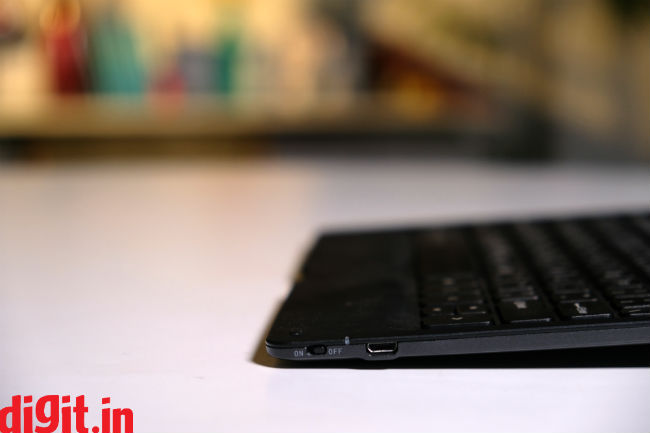 Overall the build and design of the tablet and keyboard are good especially when you consider the price. Once docked in, you really don’t need to remove the tablet unless you are using it in portrait mode or want to play some games. The only downside is that when you use the touch screen with the tablet docked in, the device wobbles on the table which can get annoying.

Coming to the display, the Alcatel Pop4 has a 10.1-inch display with a 1920x1200 pixel resolution giving it a pixel density of 224.17ppi. The display isn’t the crispest we’ve seen, but considering the price, it is good. The colour reproduction is good when viewed from the centre. The colour does shift from extreme angles. The one thing that’s low is the peak brightness of the display. It has a maximum luminance of 345 lux. We saw the Spider-Man Homecoming trailer on the tablet. From the red’s and blues on Spider-Man’s suit to the day and night scenes in the trailer, it all looked good when the viewing conditions were ideal. A little bit of bright light and the display becomes quite reflective.

Coming to productivity on the display, we used Google Docs and Google Sheets on the device. Navigating and typing was a breeze. Using the touch screen was convenient to navigate (apart from the wobbling of the display when touched).

Gaming on the tablet was fun too. Bright vibrant games like Asphalt 8, Word Cross, and Toy Blast looked good and were fun to play.

When it comes to the sound, the tablet isn’t very loud. It has this feature called Waves MaxxAudio which can be activated from the drop-down menu and it does make a difference to the audio. But when watching YouTube videos in a relative crowded office with a bit of noise, I wish it were louder.

Overall the display is functional. We wish it were brighter but it gets the job done. The sound, though low in volume, is clear. The best experience is still that with headphones. 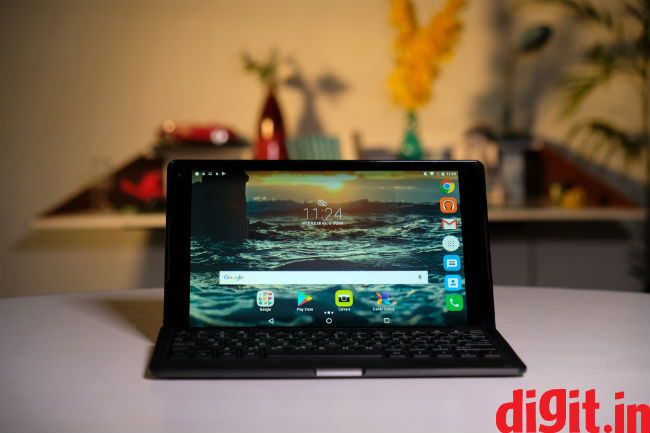 The tablet is running on Android 6 out of the box which is a bummer. Considering we are in an era where Android P is around the corner, running Android M feels old. The UI is close to stock with light skinning and some preloaded apps. As far as customisations on the UI go, you have a bunch of interesting shortcuts at the bottom of the lock screen. These include a shortcut to the dialler, music player, camera, and the calculator.

Overall, though old, the UI is functional, no complaints here.

When it comes to everyday performance, the device runs quite well. Open multiple apps and you will see a slight stutter, but nothing that hampers the overall performance. We typed a few documents on Google Docs, heard some music with headphones on and even watched a lot of YouTube and the device works well.

The gaming performance is also pretty good. A graphically heavy game like Asphalt 8 took its own sweet time to load, but once the game booted up, it saw very few frame drops and the playing experience was good.

The biggest problem I have with the device is 16GB built-in storage. We downloaded all our benchmarks and a few games and the storage was full. 16GB will be a big bummer for those looking to download a lot of apps or movies on the device. You will have to invest in a microSD card. 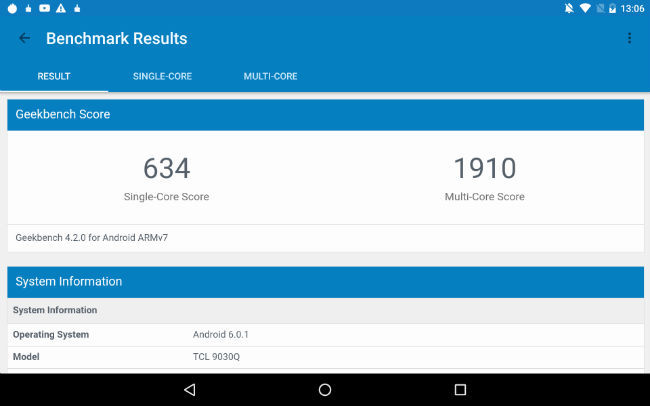 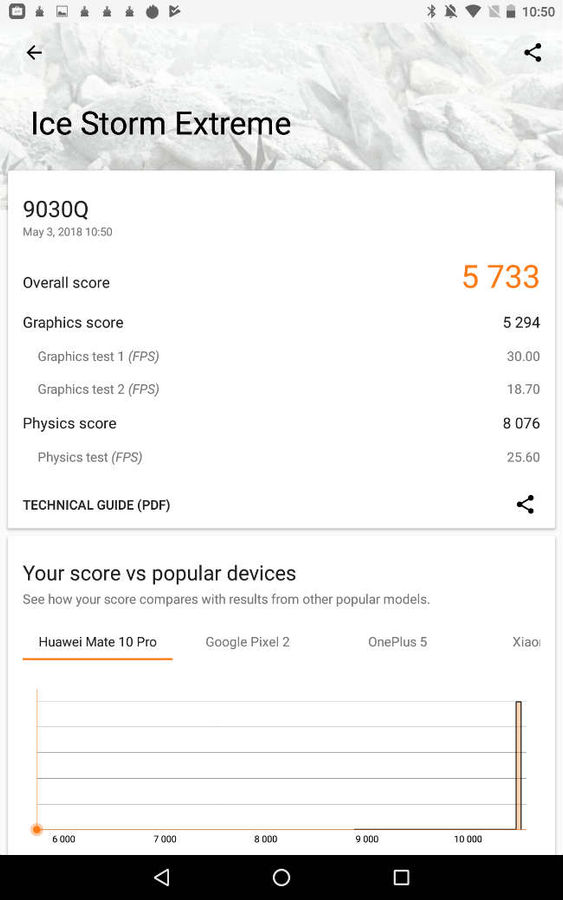 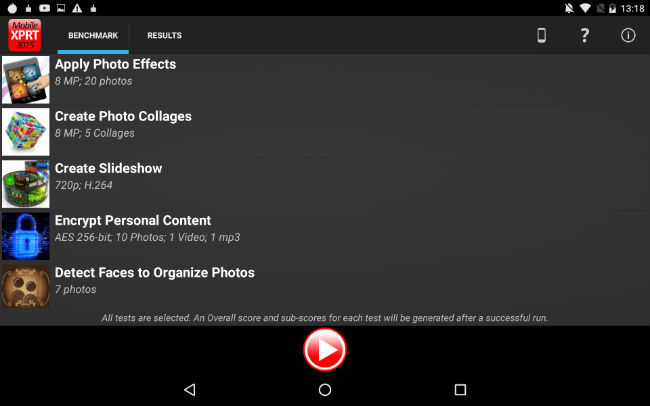 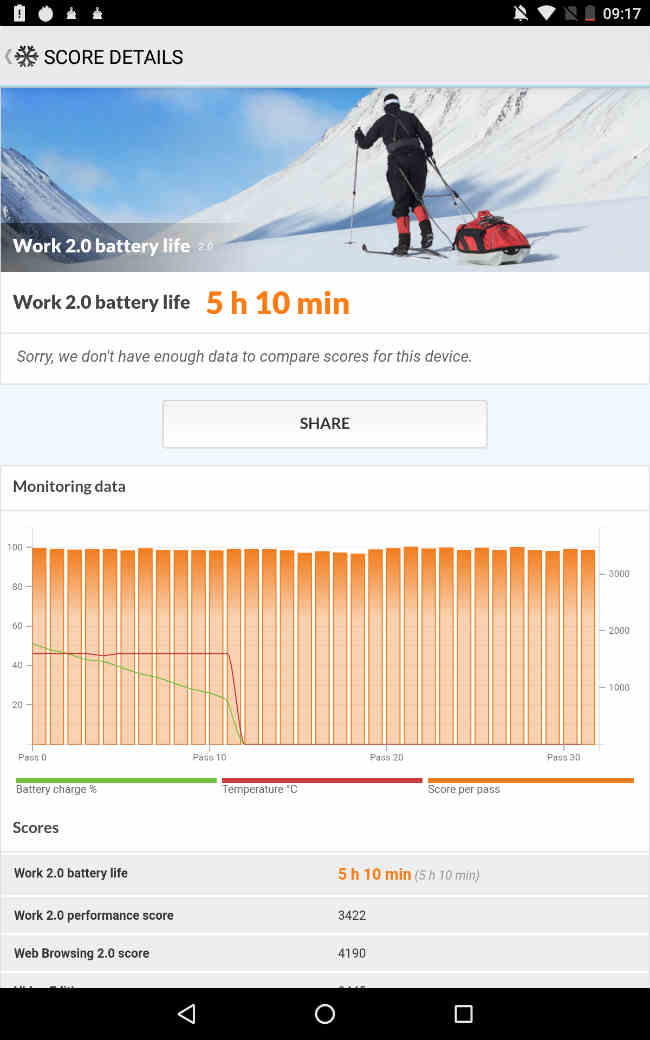 In the PC Mark battery benchmark the device clocked in a little over 5 hours which isn’t great. It is below average for a tablet so you may want to keep a power bank handy for those movie binging sessions.

Overall, considering the price of the tablet, the performance is decent. You get a bang for your buck, with a few compromises.

Like we asked in the beginning, “Is the Alcatel Pop4 ideal for those looking for productivity on the go?” The short answer is Yes. You won’t get a laptop for sub 15k that can get the job done. Investing in a tablet at 15k means investing in a keyboard separately as well. With the price tag of 12k including the keyboard, you get a device that is good for typing long documents on, gives you a decent Android experience and can run heavy games like Asphalt 8. The device isn’t perfect though. We wish the tablet had a brighter display, the dock and tablet could share battery life. We wish the battery life were better too. But overall on a budget, it gets the job done. 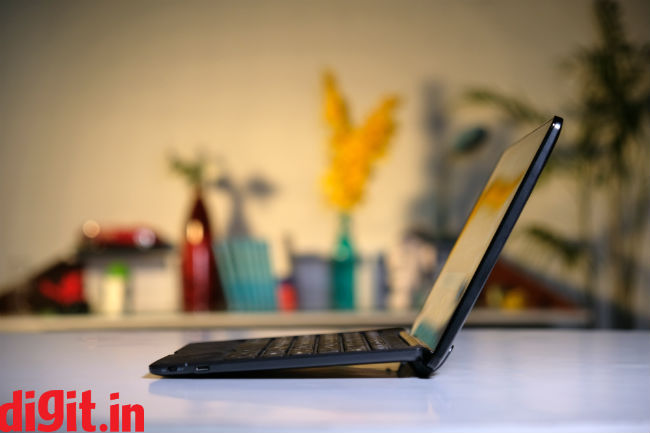 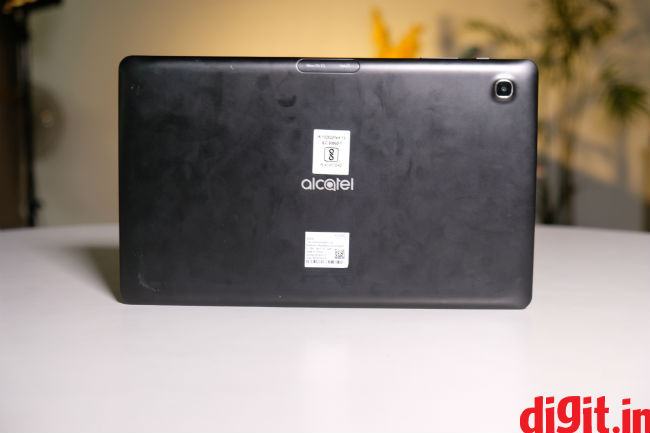