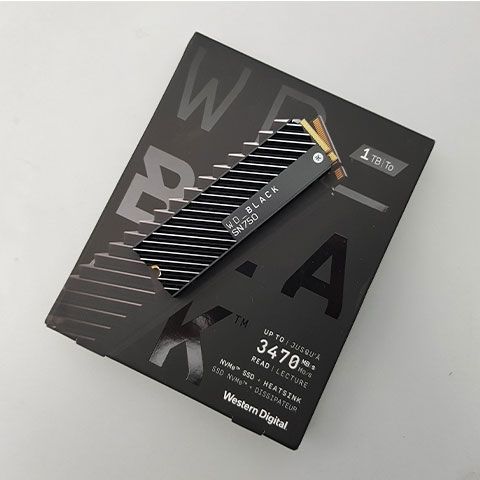 With the WD Black SN750 we have an excellent example of how much performance improvement the software along can bring to the table. It’s certainly odd that WD did not simply issue these firmware changes for the older SN700 since it too could have easily benefitted from the performance boost and it would have been a very consumer friendly move as well. The heatsink seems to be the only bone of contention in this case as it clearly isn’t a well-thought design. Thankfully, we can remove the heatsink from the unit without voiding the warranty. Also, the 1 SKU retails for Rs.23,999 which makes the SN750 a very competitive pricing for the performance as well as the capacity with the cost-per-GB working out to be just Rs.23.44.

The WD SN750 is the third iteration of the WD Black lineup of M.2 SSDs. Last year, we saw the 2018 WD Black SSDs which changed things up for WD and positioned the drive as an enthusiast drive. This was a marked improvement over the first generation of WD SSDs which couldn’t differentiate itself from the hundreds of other SSDs in the market. This was primarily due to the new proprietary controller that showcased WD’s vertical integration. With the SN750, we should see another high-performer given that they’ve stuck with the same proprietary controller and even the same 64-layer 3D TLC NAND. We are probably, looking at a revision of the controller along with improved firmware in this new SN750 package. The one thing that stands out with the SN750 is the massive EKWB heatsink that it comes with. There are also variants available without the heatsink.

WD didn’t share any of the controller specifications. By comparing the spec sheets side-by-side we can see that practically all the specs are the same except for the read and write characteristics. This would indicate that the bulk of the improvements with this SKU lie in the firmware. The rated Seq. read speeds have improved by 70 MBps and the rated Seq. write speeds have gone up by 200 MBps. Random read and write IOPS figures also show incremental improvements.

The 2018 WD Black was only available in 250GB/500GB/1TB variants whereas the 2019 SN750 now has a 2TB option as well. As per the rated specifications, the 1 TB SKU, which is what we have as well, seems to be the best performer of the lot. Let’s take a look at the specifications of this particular SKU.

The heatsink is the first thing you notice about the WD Black SN750. The need of a heatsink has often been debated in the analyst circles and the answer lies in how and where the SSD is installed. If there’s plenty of incidental air-flow then the threshold for the thermal throttling is rarely attained by most users, if not then there is a very realistic possibility of the SSD throttling. You might want to check the clearance of the WD Black before installing it on your motherboard as it is quite a tall heatsink. The SSD stands 8.10 mm tall with the heatsink installed and there’s also the fact that once it is installed, it will sit a little higher on the motherboard as the M.2 port has a little bit of clearance underneath it. 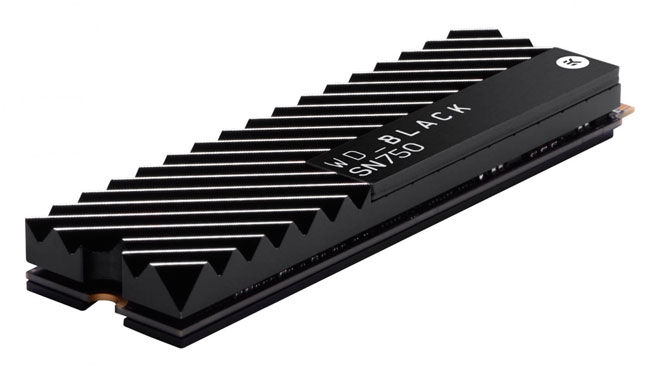 As a result, if your M.2 slot sits right beneath the graphics card, then it might apply some pressure if the graphics card sags in its slot. A graphics card without a fancy shroud should ideally not make any contact once installed but we’ve seen some graphics cards wherein a heatpipe from the heatsink assembly juts out from the bottom of the card a little. This intersects with the space wherein the SSD is installed. In fact, motherboard manufacturers have already solved this problem by providing SSD heatsinks which are supported by separate mounts which prevent any pressure from being transferred onto the SSD.

The heatsink wraps around the SSD like what you see in the above image. So you not only have the added height but also a slight addition to the width. The two put together are actually problematic for certain motherboards. WD is addressing this by putting out a compatibility list on their website highlighting which boards are compatible and which aren’t along with which boards would require the heatsink to be removed before it can be installed.

Lastly, the heatsink is a massive slab of aluminium with v-shaped grooves cut into it. While this is undoubtedly stylish and merges with the aesthetic of most motherboard designs, it’s not as effective as a proper fin-stack heatsink but given the application scenario, it seems appropriate.

Once you take the label off, the underlying PCB is indistinguishable from the 2018 WD Black SSD. It’s a single sided PCB with the controller, NAND and RAM being the same. So WD hasn’t changed anything at all with the SN750. 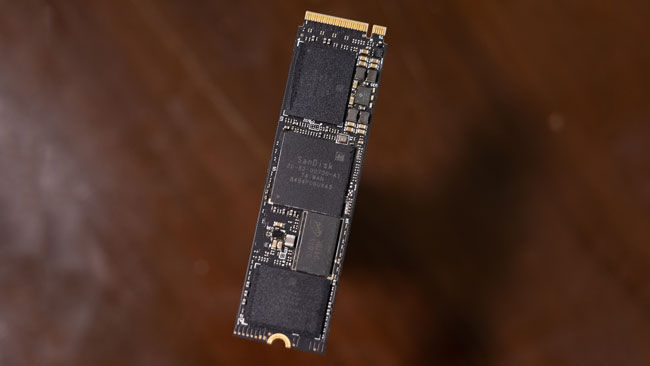 Overall, the WD Black SN750 keeps the configuration the same but has a new heatsink which seems to be a concern when paired with some motherboards.

You might be wondering if there will be a performance difference if the controller as well as NAND chips are kept the same, and the firmware is the key differentiator. You’d be surprised with what all can be achieved with just software/firmware tweaks. When we take a look at CrystalDiskMark, which is a very simple and synthetic benchmark that showcases the raw read and write speeds, you don’t see a drastic improvement. CrystalDiskMark can hardly bring out the nuances of firmware improvements but we have it anyway since it happens to be popular. The performance numbers seem close to the spec sheet i.e. around the 3470 MBps mark for read speeds and 2800 MBps write speeds. There’s not much to explore here.

Moving on to analysing the driver performance post conditioning, we start to see the  differences between the WD Black 2018 (SN700) and WD SN750 start to emerge.

Sequential Read Performance
The WD SN750 scores more than the WD Black SN700 in our sustained 128K read tests by a considerable margin of approximately 360 MBps. This brings it very close to the Intel 900p and the Corsair MP510 which are both excellent performers in their own right. Samsung’s 970 EVO is comparable but it should be noted that our 970 EVO was a 512 GB SKU and not a 1 TB SKU as all the other drives that we test are.

Sequential Write Performance
Even in the sequential write performance test we find the WD750 to show an improvement of about 480 MBps which is quite sizeable as well. It turns out the firmware from WD is indeed a better performer in all the parameters that matter the most.

SSD performance isn’t just about pure read speeds or write speeds anymore. All new controllers are quite capable of handling synthetic loads quite easily leading to metrics which aren’t indicative of real world performance. So we’re going to have a look at latency timings for each operation across varying queue depths.