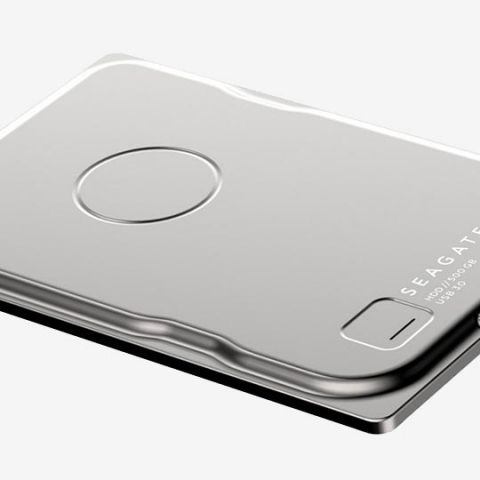 The Seagate Seven offers you the same performance as any other mechanical portable hard drive but is sure to make a few heads turn given its premium look and feel. Add to it the fact that you get 200 GB of cloud storage and the hefty price tag seems to be justified.

It’s been quite a while since we’ve seen a hard drive ever come in packaging like the Seagate Seven. If it weren’t for the full-sized images emblazoned across the packaging, you’d be forgiven for assuming that the packaging belonged to some premium smartphone. Well, it isn’t a phone but it certainly does look and feel premium. The Seagate Seven is the slimmest portable hard drive that we’ve come across. Prior to this device, the slimmest we’d seen was the ADATA HE720 which in itself was 8.9mm thick. The drive comes ensconced in thick foam along with the USB 3.0 cable, which again is enclosed by a thick cardboard box. The drive itself maintains a very clean look with no elements that look out of place. The body seems to be constructed out of fairly thick stainless steel which is a necessity in this case since the body hugs the internal drive very closely and having an rigid internal chassis would not be feasible. There are no screws visible on the body which sports a matte finish and the only features you get to see are the thin cuts and embossing on the sides which allude to the placement of the hard drive on the inside. There’s a small slit towards the bottom of the top surface where a blue activity LED has been seated. Even the USB cable has received a fair amount of attention. When attached to the drive, the plug sits flush with the surface leaving very little room for any wiggle. Moreover, the cable is braided which should aid in the longevity of its life.
It’s been ages since all major hard drive manufacturers have announced slim laptop drives. So on the performance front there isn’t a compromise on speed in lieu for the really slim form factor. In our tests, we saw sequential read speeds averaging out at 112.5 MBps and sequential write speeds of 110.3 MBps and with smaller file sizes having a long queue depth the transfer speeds dropped down to about 40 MBps. These speeds are what you’d end up with if you’d go with any other portable hard drive unless it has an SSD or internal RAID.

The Seagate Seven comes loaded with Seagate Dashboard which brings most of the features that the drive sports. And as of June 2015, Seagate Dashboard gives the user 200 GB of Cloud Storage which is a lot more than the paltry amount that used to ship with every other drive till now. The Seagate Seven is the first of its kind from Seagate and as of now you can only get them in capacities of 500 GB which can be alluded to the fact that Seagate is testing waters for the premium hard drive market. There aren’t much manufacturers to compete with in this sector with LaCie being the popular one. Also, another thing you’re losing out on when going in for a really slim drive is the ability to withstand shock damage. Internal drives, especially those designed to be shipped in laptops come with gyroscopic sensors which helps these drives brace for impact when a fall is detected but that’s just one layer of protection.
The Seagate Seven seems to have turned a few heads given that it ended up getting the iF Design and Red Dot Design awards. And for premium look and feel you do end up shelling out a lot more than you’d normally have to for a 500 GB portable hard drive. This unit can set you back by Rs.9,500 though you might be able to snag one on e-commerce portals for around Rs.7,500.