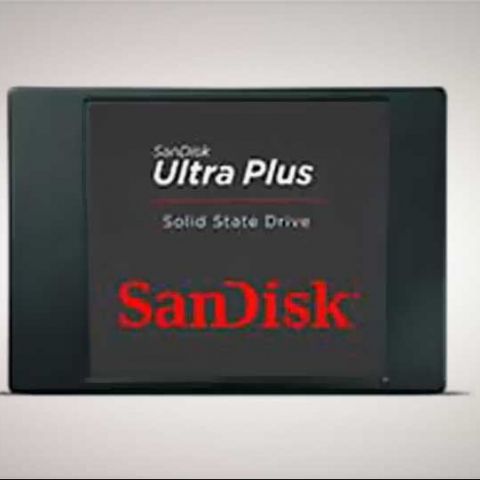 Don't like the speed you get with your regular HDD? Thinking of getting an SSD? You can consider this one. Read on to find whether this fits your performance criteria.

SanDisk is quite a known name as far as NAND memory chips go, and their SanDisk Ultra Plus 256GB is an SSD that has seen our test bench in recent months. The drive has a 7mm profile so that users can use it in their notebooks without any trouble whatsoever. There is a spacer which can be stuck onto the SSD to provide a snug fit within a notebook. You also have a desktop version of the same SSD which basically bundles in a 3.5-inch tray. It comes in an all black body with a simple sticker design on the front face.

On opening the SSD enclosure we found a quarter profile PCB housing the SSD components. It sports a Marvell 88SS9175, a four-channel controller. Thanks to the four channel controller, there are only four NAND chips (4x64GB 19nm SanDisk eX2 ABL). Apart from this, there is a Samsung DDR2-800 caching DRAM onto which data is temporarily cached before finally moving to and from the NAND chips. The NAND chips have a special feature called nCache which makes part of the eX2 ABL multilevel-cell (MLC) NAND act as non-volatile single-level cell (SLC) NAND called as nCache. Generally in an SSD, as the incompressible file size goes below 1MB, the performance does tend to take a hit. In order to prevent smaller sized incompressible data from populating the MLC NAND, it is housed in the nCache. The nCache being non-volatile in nature, has a lifespan which is 10 times that of MLC NAND. Thus nCache tends to increase the overall endurance of the SSD while optimizing performance during incompressible data writes. 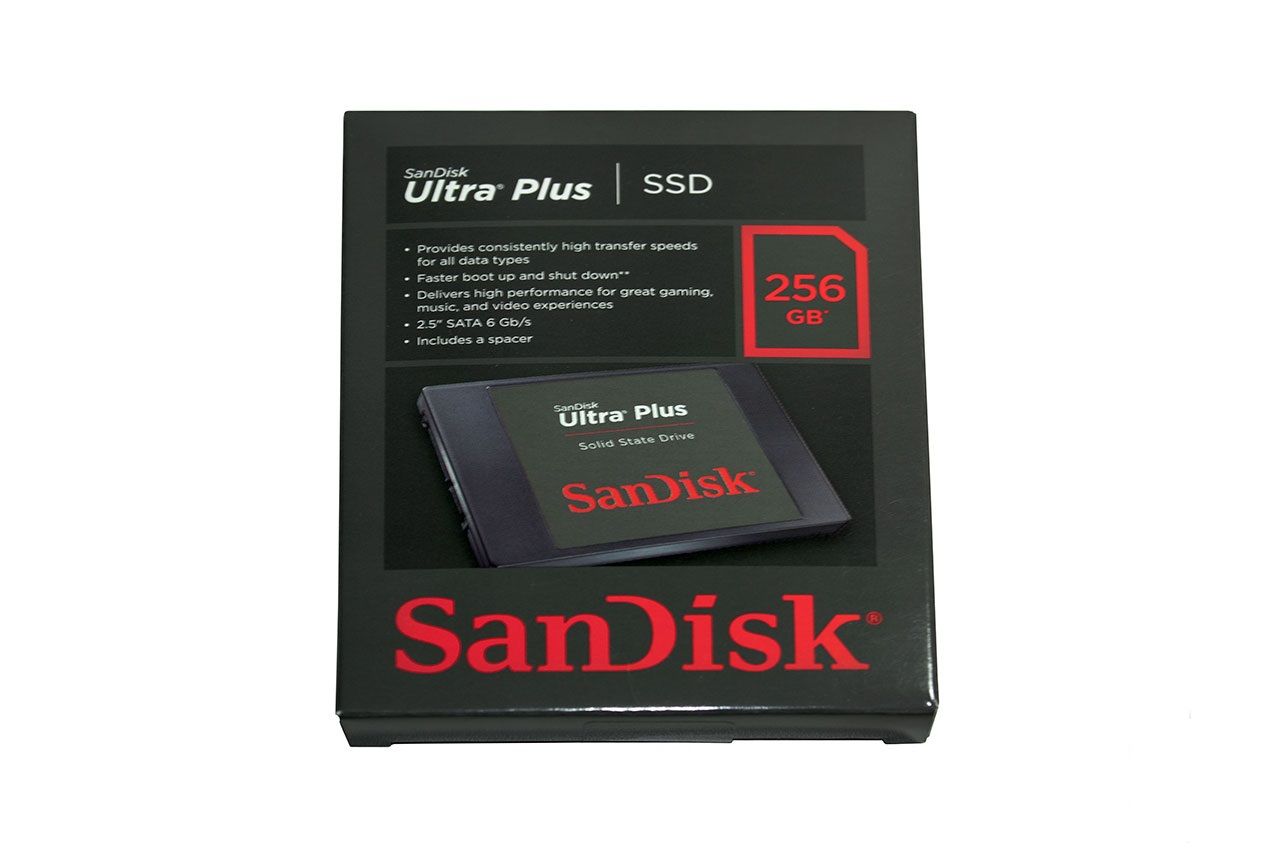 We used a mix of synthetic and real world tests to test the performance of the SanDisk Ultra Plus 256GB. But before testing we made sure to securely erase it using DiskWipe software utility and used the One Pass Zeroes erasing pattern to write zeroes on the SSD. This ensures that the SSD is free of any content. Our first synthetic test was Crystal Disk Mark and we kept the test size as 1000MB for both random read/write tests while running five iterations of the test.

Next we used AS SSD benchmark to get the sequential and random read/write scores. The file size we used in the random test was 4KB. We also received the access time from the AS SSD benchmark.

These are the scores we received in AS SSD benchmark:

Speaking about raw overall performance, the SanDisk Ultra Plus did really well and is from among the few SSD’s we’ve tested that crosses the 300 MB/s mark in sequential write tests. At an impressive cost per GB price of Rs.54.51, the Ultra Plus 256GB is an good SSD to go for considering its performance is good too.