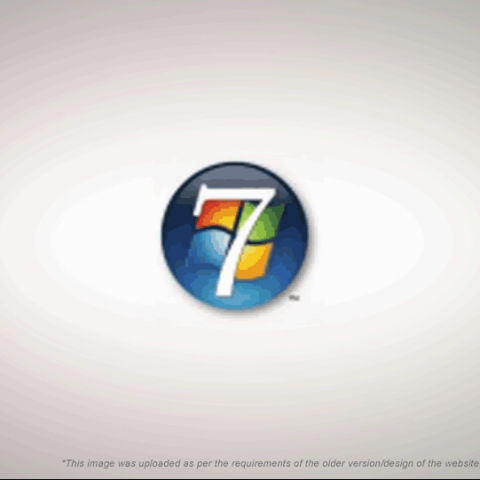 This is Part 4 in the ongoing Windows 7 review series. Read Part 3 here.

Window Management: Something new at last

Despite a name like Windows, this Microsoft operating system hasn't offered anything special for managing application windows till now.

Windows has done a commendable job of catching up with in this version, and has added some much needed features which make handling multiple windows easier and faster. Windows 7 changes the way you interact with windows and how you control and position them on the screen. It breaks some of your older conceptions of window states.

In Windows 7, the meaning of maximized has changed, no longer does it mean a window which occupies the whole screen. We are often faced with scenarios where we need to place windows side-by-side or one-over-the-other to copy, move or compare contents, and this has has been possible but rather difficult in earlier versions of Windows. In Windows XP for instance, placing two windows side-by-side would require you to manually resize them and place them that way, or to select both windows taskbar buttons (by pressing the Ctrl key), and using the menu options to stack them side by side.


Windows in these states, now behave more like maximized windows, such that they "restore" to their original size when their titlebar is double-clicked (although the maximize titlebar button still behaves the same). Maximized windows can now be dragged, and doing so is comparable to clicking on the restore button and then starting the drag in earlier versions of windows.

Shaking a window (by selecting its titlebar and quickly moving it to the left and right), minimizes all other windows except the one being "shaken." This is something that can be of great utility if you wish to copy something to the desktop through a pile of windows. Repeating this action will bring back all the windows to their original places.

While these features offer great utility, they are surely something you need to adapt to. Often times you are innocently moving a windows around only to discover them maximizing or minimizing all over the place! Once you get the hang of this new way of doing things though, it will become invaluable.

All the actions described above also have keyboard friendly ways of accomplishing the same task:

Whether you like it of hate it, Windows Aero, or more importantly "Desktop Windows Manager" was a necessary part of the evolution of Windows as an operating system. Windows Aero which allows windows to have semi-transparent borders, and allows for effects such as Flip3D was underutilized. Flip3D was good to showcase, but of limited utility.

In Windows 7, you can feel that you are really missing something by disabling Aero, as some of the functionality is provides is of actual utility. While the Classic and Basic modes are retained, they are no longer as attractive.

Some of the features of DWM have already been described, such as live-previewing window and tab contents from the task bar. Other features include:

As expected these features (and more) can also be activated using keyboard shortcuts:

As we can see, a lot of the stuff introduced in Windows Vista, is actually put to use in this OS. Windows Vista managed to introduce an entirely new framework and made substantial system-wide changes, and this one actually puts them to use, if Microsoft had actually managed to utilize Vista the same way, they would have had a much better OS.

Whenever any groundbreaking changes such as these are introduced, the transition is always a little difficult, unluckily, Vista had us prepared for none of this. While all these new windows management features are awesome, they might be overwhelming to some users, who might lose all familiarity with the OS.

For those in this situation, note that it is possible to switch these features off using the option "Prevent windows from being automatically arranged when moved to the edge of the screen" which is available in the "Make the mouse easier to use" page of the "Ease of Access Center" in the control panel. Although we recommend you stick through it for a while, and you will find it rewarding over the long term.