Splashtop OS 1.0: A shortcut to the cloud Review 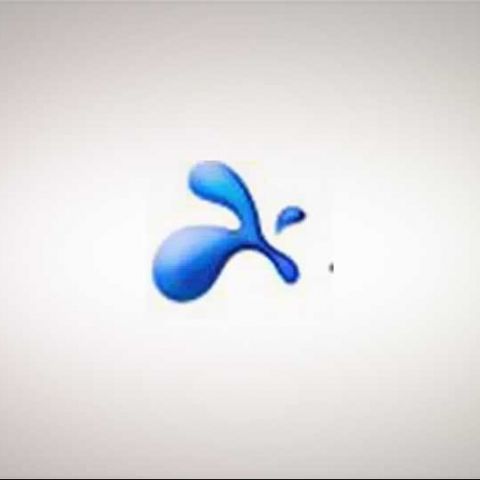 Splashtop manages to be easy to install use, and manage even for those who haven't used Linux. The OS instead focuses on getting the job done, getting you to the internet quickly and integrating well with Windows. Highly recommended for those who often need to use their computer solely for surfing the internet.

Splashtop OS 1.0: A shortcut to the cloud detailed review

Splashtop is a light Linux-based OS that aims to provide a secondary OS 0to people that serves as a shortcut to the cloud.

Often times one needs to boot into their OS  simply to check an email or perform some trivial task on the internet. Chances are you will start that monster that is Windows, which will take a couple of minutes to reach the point where you can actually begin surfing. This is cumbersome, inefficient and slow!

Splashtop gives Windows users an alternate OS that forgoes other tasks in favour of simply letting one reach the internet. There isn't much else this OS can do, since it is specializing on this task only, however the installation, configuration and software update experience that Splashtop brings, is worth mentioning.

Before that though, let us take a look at the OS itself. If you have used Google's Chrome OS at any point, Splashtop is just a stone-throw away. Since it is not intended to be your primary experience on your computer, but rather a quick way to get online, it is focused on fast booting, fast power off, and fast operation while you are there rather than providing significant features, or an experience rivalling that of a desktop.

Since the OS is designed for Windows users, it comes in a convenient "exe" installer package. The installer is just 2MB since it downloads the latest version of the OS and proceeds to install it on your primary drive. The OS is rather light download at just 400MB, although it expands to around 1.7GB on install for user data etc.

The installer automatically adds a entry to the Windows boot loader, allowing the user to select between booting Windows or booting Splashtop while starting. This is similar to how the Wubi installer installs Ubuntu or Linux Mint through Windows itself. The advantage is that since the boot entry is part of the Windows boot loader, it is better respected by Windows than GRUB or other Linux boot managers that usually don't survive Windows upgrades, repairs or reinstalls.

Those who have used computers that had Splashtop embedded in the hardware (Sony Viao users for example) will notice that it take longer since it isn't as well integrated, and the BIOS' boot time too factors in.

Splashtop boots in just a few seconds after the boot entry is selected. Depending on your BIOS settings, you could be in a live usable system in user half a minute (perhaps much lesser).

The OS itself is based on Meego, although this is not betrayed by the interface, which is minimal. Splashtop uses Google Chrome as the browser (albeit an outdated v8) and there is no option to select another. With Google Chrome 8 comes the Google Chrome app store, web apps and extensions. Web apps are well integrated with the OS.

A simple status bar adorns the bottom of the interface, and even it can be set to autohide. There is no task manager as such, sine the only task you are likely to be running will be your browser.

Everything about the interface is screams simplicity. Any interaction that are not required from an OS just for browsing are removed! There is no minimize or close button on the browser window. There is no desktop with any icons. There is however one single maximize / restore button that can be of use if you use multiple windows. On the Chrome window open when the OS starts you cannot even use the tab tear away features that Chrome supports.

Additional Google Chrome windows that you launch do however have a close button and support tab tearing. Since you will never be able to close Google Chrome, there is no interface to launch it.

Since the browser is Google Chrome you can straight away use extensions and sync features to get your browser up to speed with your normal version of Google Chrome. Flash Player is included, however since Chrome uses an embedded Flash Player, and the version of Chrome in use is outdated, so is Flash Player. Unfortunately Chrome does not auto-update, so you will have to wait for a Splashtop update to bring you up to date.

The status bar itself is simple. You have two icons on the left, a power off icon that does what you'd expect, and a Windows button that reboots your system into Windows on clicking. This further solidifies its position as a secondary OS meant to augment Windows rather than replace it.

On the right on the status bar you have icons for different features. You can use the network icon to configure how you connect to the internet (WiFi, LAN, DSL and WWAN supported), a volume control, a battery monitor, an icon for launching the configuration panel, an icon to launch the help, an icon for any storage devices connected and a clock. Clicking on any of them will provide greater control over the functionality. The configuration panel wraps up all the setting of other icons, along with configuring the status bar itself (such as turning on autohide).

Splashtop also includes a file manager that can be used to browse external storage drives. These would be flash drives, optical disc drives, external HDD etc, but not the file-system of the host computer. You can perform simple file organization, and the OS even supports NTFS.

Splashtop is a great OS for those who need what it offers, a clean light high-performance secondary OS that can get you browsing in seconds rather than minutes. To this end it provides some unique features as a secondary OS, such as syncing the time-zone with the primary OS and supporting updating and importing bookmarks from the primary OS.

While we say primary OS a lot, we essentially mean Windows since that is the only supported primary OS. Linux users too might find this beneficial, however there is no download available for them. However Linux users always have the option of installing an alternate, light desktop environment to provide similar benefits.

Splashtop works great on both desktops and laptops, although it is likely to be of particular benefit to Laptop users.

By focusing on providing a secondary OS — by design rather than by chance — instead of an alternate OS, Splashtop manages to be easy to install use, and manage even for those who haven't used Linux. The OS instead focuses on getting the job done,  getting you to the internet quickly and integrating well with Windows. Highly recommended for those who often need to use their computer solely for surfing the internet.

Splashtop OS 1.0: A shortcut to the cloud Key Specs, Price and Launch Date

Splashtop OS 1.0: A shortcut to the cloud

Splashtop OS 1.0: A shortcut to the cloud