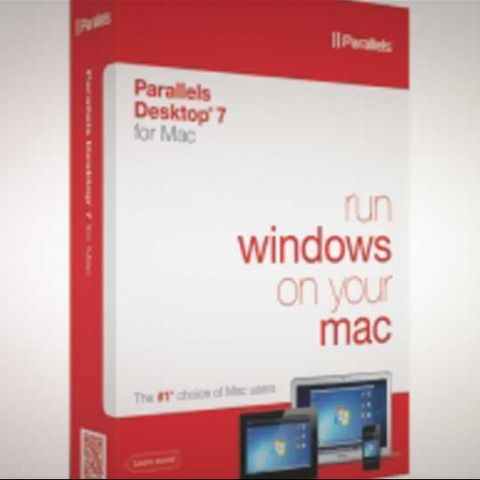 Parallels Desktop 7 is a wonderful piece of software that offers a convenience that's never before seen. Not only does it allow access to both Windows and OS X operating systems simultaneously, it does so with an elegant ease. Not having to save our work, reboot, switch partitions, do our work, save it again, reboot again, makes for a whole new kind of liberation.

While it is easy (and rather convenient) for some users to adopt just one ecosystem when it comes to their computing needs, there are several of us out there, who either started with one and ended up with another, or, just like to have best of all the worlds. Ever since Apple started using Intel processors, running Windows on a Mac has become possible, but not without its fair share of jumping through hoops. This is where Parallels steps in, hoping to reduce your woes when it comes to running Windows on your Mac.

Installation
Parallels Desktop 7 requires to be installed on the Mac OS X partition (in case you’re running Bootcamp). Installation is quite straightforward, and it performs a version check to make sure you are installing the newest version of the software. In case there is a newer version available, the installer would prompt you to either download the newer version, or continue installing the version on the CD. Be aware though, once the installation is complete, a restart is required.

We were a bit confused as to why we weren’t prompted for the product key during the installation process, only to be greeted by the said prompt when we tried to run the program for the first time. Once the key is entered, (and accepted of course) the program offers three options for getting started with Windows; Purchase a copy of Windows, Install Windows, or run it from a Bootcamp Partition. Since we already have a Bootcamp setup, we decided to stick with it. Parallels Desktop 7 performed some final tasks, loaded the drivers and before we know it, we had access to both the operating systems simultaneously.

User Experience
Parallel Desktops 7 is one of the best solutions out there for those wanting to run itty bitty Windows programs while running Mac OS X. Parallels claims great efficiency while working, along with seamless integration of the two operating systems using their Coherence mode.

The Coherence mode is quite something! It allows the familiar workings of Windows 7 to be accessible while working in Mac OS X. To test out the effectiveness of this integration, we ran Winamp from the Windows 7 partition (because we’re not very happy with the Mac version of the same player) and loaded it up with about 5GB worth of songs that were stored on the OS X partition. For an entire 6 hours or so, Winamp continued to chew through the playlist without any issues.

We next tried to see how far we could push the virtual environment and tried running Photoshop CS5 and while we managed to get the program to run, editing a 10megapixel raw file in the software was a little too sluggish for our liking. However, we had no issues running Word and Excel or even working with PowerPoint through the virtual environment.

Besides running various software, we also opened up different windows from both the Windows and OS X partitions, and noticed that the typical “fly-out” effect while switching windows had started to stutter significantly. This behavior is completely expected, as Parallels Desktop 7 is essentially running a virtual version of Windows, which can get a little memory intensive. Despite that, we didn’t notice any significant performance issues while working with various software.

While the Coherence mode, in our opinion, is an amazing implementation, Parallels has taken into account the fact that some people might not be very comfortable with the two distinct operating systems mixing together. Towards that, all we had to do was turn off Coherence and Windows 7 was bound to a boxed window. While we can see how this would be of need for some people, we preferred the Coherence mode in all its entirety.

Before we concluded our testing, we figured it would be a good idea to run benchmarks on Windows 7 (running through Parallels Desktop 7) and then running the same benchmarks on Windows 7 (running on Bootcamp). We ran 3D Mark, PC Mark Vantage and Cinebench (CPU test) on both the systems and found the results to corroborate what we had thought all along. Windows 7 running as a standalone (on Bootcamp) performs almost twice as better as the same operating system running on OS X through Parallels Desktop 7. This comes as no surprise, as Parallels Desktop 7 is essentially loading Windows 7 as a layer on top of OS X, which eats up quite a bit of memory and CPU. You can check out the various benchmark scores below:

Our Take:
Parallels Desktop 7 is a wonderful piece of software that offers a convenience that’s never before seen. Not only does it allow access to both Windows and OS X operating systems simultaneously, it does so with an elegant ease. Not having to save our work, reboot, switch partitions, do our work, save it again, reboot again, makes for a whole new kind of liberation.

However, the convenience does come at the price of performance. If you’re thinking that now would be a good time to buy those new PC games and run them through Parallel Desktops 7, we’d strongly recommend against it. Parallels Desktop 7 is best suited for running simple Windows programs without having to leave the OS X environment, especially if you’re the kind of person who does not want to deal with the hassle of setting up a Bootcamp. For $79.99 ($49.99 if you’re upgrading), Parallels Desktop 7 is definitely a good purchase, especially for those who require the use of both operating systems, but don’t want to deal with the process of rebooting in order to switch.