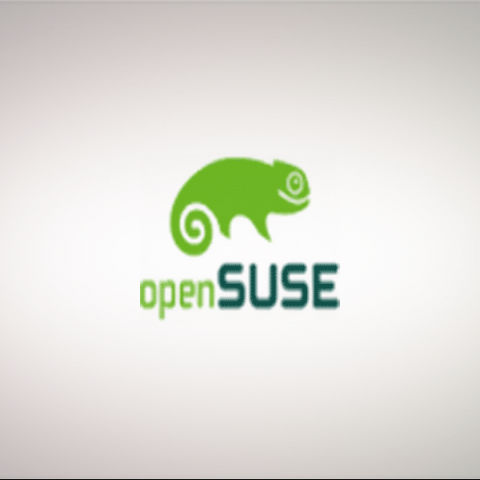 openSUSE is one of those few Linux distributions that gives you a choice of desktop environment while you are installing it, and doesn’t treat KDE or Gnome as a primary option. Both environments have equal support from openSUSE and are equally customized. Until a previous version (openSUSE 11.1) the installation would not even have a default desktop environment selected, and you would need to select one of KDE or Gnome before installing. Even now all that has changed is that the option of KDE comes selected by default, to ease the choice for new users. Besides Gnome and KDE, the openSUSE DVD version even offers XFCE, LXDE as an option along with a minimal X Windows environment, or text-mode for servers; all on the same DVD.

This might not mean much for newcomers to the Linux world; however this does show that openSUSE is all about choice, as much is reflected in this major choice of desktop environments. Additionally the openSUSE website offers many choices for obtaining the linux distro as well, you can choose between two kinds of live CDs, KDE-based or Gnome-based, or you can go for a DVD version without the live OS. Each of these if further available in 32-bit or 64-bit versions and can be downloaded via bittorrent or direct download. For those who want a full selection, the DVD version contains all the desktop environments mentioned above, and a offers a humongous collection of software. There is also a network install version which contains only the openSUSE installer, which downloads packages from the internet and installs them this way you have the latest packages and won’t need to update your system right after install; you can also save bandwidth by only downloading the packages you need instead of a full DVD worth.

What we tested was the 64-bit DVD version. The DVD version is a full 4.7GB and if you buy openSUSE DVDs from Novell, you get a dual-layer DVD which still doesn’t contain all the software that exists in the repositories! Even so openSUSE includes a broad selection of software in the DVD, and you won’t be heading to the repository to download software anytime soon. You may be tempted to install each and every software you think you might want, however remember that this will impact the installation time a lot, a full install of each and everything (which is pointless because you most certainly won’t need it all) could take hours! It is better instead to install a few applications, and install any others you want after the system is set up, so that you can use it while more applications install. The basic selection that openSUSE installs for KDE or Gnome is sufficient for most purposes as it includes a full range of internet software (browser, email client, chatting application, download manager), desktop manager, office suite, and other commonly used applications that you might need.

Since openSUSE is a fully open source distro it doesn’t contain any non-open source applications or libraries in the repository. This means limited media playback, and no Flash Player installed by default. All of these are easy to find in repositories though, so you won’t be deprived of media for long. openSUSE does configure a non-OSS repository so you can immediately install any such software right after you are done with the installation. You can also choose to download the add-on non-OSS disc image which contains popular applications. Even so you will need to add a third-party repository such as Packman in order to install the codecs you need to play back your media.

The version of openSUSE we tested was fresh out of the oven, having released just on 15th July 2010. Unlike many other distributions, the developers of openSUSE try to keep a cycle of 8 months per distribution instead of the usual 6 months. This ensures that each release gets enough time and brings enough new features. However this also means that many cutting edge features which come out after the release of openSUSE won’t make it in the latest version. For example, this version of openSUSE (11.3) comes with KDE 4.4.4 while KDE 4.5 will come out in August. Fortunately openSUSE users will still be able to install KDE 4.5 by configuring the KDE repositories.

One of the central features of openSUSE is the YAST (Yet Another Setup Tool) a set of graphical tools for configuring your system. This collection of tools can be used to configure both software and hardware. YAST is modular, and only contains configuration wizards / panels for the applications and services you have installed. Another sign of openSUSE's equal treatment of KDE and Gnome is visible in YAST, which comes with both a KDE (Qt) and Gnome (GTK ) interface which respects the paradigm of the environment it runs in.

Configuring and installing applications and repositories in openSUSE is possibly the simplest of all distros. Thanks to the openSUSE build service, there is a larger amount of software available for openSUSE then there is for many other distros. Such software can be found via a web interface at http://software.opensuse.org and often include simple install links which install the required packages, its dependencies and associated repositories to your computer in just a few clicks. Or you can use the webpin application to search for applications online and install them; unlike the package management system this searches online in other non-configured repositories as well. Adding community repositories is also incredibly simple; a wizard interface guides you through the different kinds of repositories, and even offers an option to download a list of popular community repositories which you can add with ease.

Gnome in openSUSE comes with a customized interface, which is different from the usual Gnome interface with the menu at a top panel, and task manager at a bottom panel. openSUSE's setup is similar to that of Linux Mint, in that there is only one panel at the bottom which contains both the task manager, system tray, and a menu interface. Unlike traditional menu-based interfaces though, the openSUSE Gnome menu does not contain all your application shortcuts for launching installing software, instead it lists your favourite applications, and launches a separate panel which lists all other installed applications, neatly categorized, and with a search option. This interface is such that either you'll hate it, or you'll love it, fortunately for you this is still Gnome on Linux and you can configure the panels to mimic the kind of interface you like. I for instance liked the interface, but would have preferred it if there was a way to launch applications without closing the panel – like you have Shift Click in Windows.

openSUSE includes default themes for both KDE and Gnome, however KDE has not gone through the kind of customization for the menu that Gnome has. Although, considering that Novell, the creator of openSUSE is one of the biggest contributors for KDE, you can say that openSUSE is the definitive KDE experience. openSUSE's default KDE theme is similar to the KDE Oxygen theme, and for Gnome, the default theme is Sonar, a dark look with a green tint. One of the annoying things about openSUSE, especially for those who switch between KDE and Gnome is that not only is the interface for YAST different – that much is understandable, and appreciated considering the different environments – but the feature sets are different too. In my experience the Qt version used in KDE comes out as the more powerful in software management at least, while the Gnome interface seems simpler. Of course it is possible to install and use the Qt version in Gnome using the correct command-line parameters, but feature parity would have been better.

Following the footsteps of Ubuntu, openSUSE now includes an application called SpiderOak – which is currently not open source, and hence only available through the repository – for backing up your data online. The application has a simple user friendly interface, and has clients available for Windows, Mac OS, and other versions of Linux, making it easy to maintain sync. The SpiderOak service is free for storage of up to 2GB, and higher price tiers can be purchased.Overall openSUSE is a good distribution for those computer users who are adept at Windows and want to make a jump to Linux. Newbies might find the abundance of choice a little daunting, but the ease and simplicity of managing (installing / uninstalling / updating) applications, and configuring their system hardware and software will make it a good choice even for them. openSUSE is a good choice for the Linux initiated, or expert as well, as it is a good distro to delve into Linux.