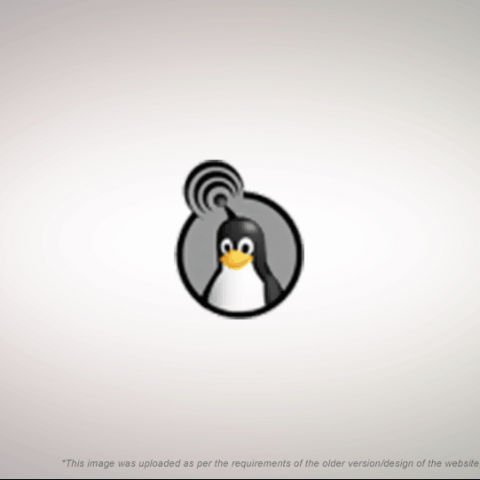 Moblin Linux is Intel's effort to create an operating system suitable for netbooks, nettops and other internet centric devices. The operating system offers good integration with web services, pulling in data from different sources on the net, combining it with the data on your computer.

Moblin offers a user experience which is quite different and is designed completely for netbook users with their needs in mind. Its interface is even more task oriented than Jolicloud's, and it alters or abandons common Linux paradigms to make it more relevant for netbook devices. This might be a boon to many, while others might feel constricted or lost by the new model of interaction it forces on you.

As with any project which tries to pull in data from the internet, the lack of standards in many places means your choices are fairly limited. For example, while Moblin can sync your computer's contacts and calender with online services, it does not support Google Calender. More accurately, it syncs using SyncML, but for Google Calender - syncing over SyncML is not supported. For users of Google Calender this means that they cannot use this feature of the OS, so their "myzone" page will always be an ugly blank.

The first thing you are greeted with when you start Moblin is the "myzone" page which pulls together your data from your calender entries, your social network updates, and your media content all on the same page. Moblin also features integration with the Twitter social network and Last.Fm. It displays tweets in the "myzone" page, and a single status page allows you to manage your status on all your connected social networks, and IM accounts.

In Moblin Linux, common tasks associated with portable computing are all divided among multiple panels which are accessible from a toolbar on the top of the screen. The toolbar hides away to save space when not needed, and pops back when the mouse is moved to the top of the screen. Since the focus is on the internet and managing your personal data, those features are well integrated and easy to use.

An example of the close integration can been seen with your contacts. If you choose to sync your contact with an online service, they will all show up in your People panel. If you are also logged in to an IM service via the included Empathy client, you will be able to see if a user is online on the people page. From there you can also choose to send an IM using the bundled IM app straight, and if you have configured email on Moblin, you can even send an email from the people panel.

Similarly, the internet panel on the toolbar will list the open tabs in the Moblin browser and will let you create a new tab as well. From the internet tab you can also access your favourites easily.The browser integrated with Moblin is based on Firefox and supports Firefox add-ons, so if you are setting up a secondary system, you can easily use an add-on like Mozilla Weave to sync all your personal data. The browser has a very minimalistic interface similar to Google Chrome (but with tabs below the addressbar). Instead of the usual file menu, the Moblin browser has a Google Chrome-like page and browser buttons.

Moblin Linux also features good media support with a dedicated panel for browsing through your audio, video or image media. The media player is quite powerful, however like most linux distributions supports only open formats.

A pasteboard panel keeps an history of everything you copy, making it easier to mange multiple copied items. You can browse around, copying interesting bits and pieces and then go back to the pasteboard and use them as you will.

One big departure in Moblin from conventional Linux distributions is "zones" which are a form of window management. With zones, your running applications are divided into, err, zones, which you can switch between using ALT Tab. Moblin focuses on one window at a time, and as such there are no minimize and maximize buttons, windows always take up the entire screen.

Zones are quite similar to virtual desktops in Linux, however there are key differences. Zones are more like workspaces for applications, and usually you will find yourself with only one application in each zone. Using the zone page, you can arrange your applications in different zones. Unlike virtual desktops which are usually restricted to a certain number, zones are created and removed on the fly. There are no empty zones, so the number of zones is at most equal to the number of windows.

All other features in Moblin are provided by installed applications, which include games, text editors, tasks manager, archive managers, file browsers etc. Moblin has its own repository of applications from where you can install more applications.While the number of applications in the repository is small, most of the popular applications are included. So those who don't gel with the included browser, or email application, can use Firefox or Thunderbird instead.

Installing applications is a simple single-click procedure quite like that of Jolicloud, except that in this case the application installation and management is done by an application rather than a web page. Creating the installation media can be daunting for a few people since it requires writing a raw disk image onto a flash drive or CD. Moblin is meant to be installed on netbooks, so it comes as an image for pendrives rather than the usual ISO file for discs.

The installation media you create using the Moblin image also includes a live Moblin installation, so you can try it out from the pendrive without affecting your computer. If you find to you liking, you can launch the installer form the live Moblin OS itself without needing to reboot.

Moblin on a smartphone

Besides the Intel version of Moblin OS 2.1, other distros have also created spins / remixes which feature the Moblin UI but on a different base. An Ubuntu-based version called Ubuntu Moblin Remix, and an openSUSE-based version are also in development, and are likely to provide better features and more applications.

From the booting process to the application management to the interface, Moblin makes you forget that you are in fact using Linux! It is a well integrated internet-centric OS which evenly merges your desktop experience with the web.