gOS - A Ubuntu based distro heavy on web widgets Review 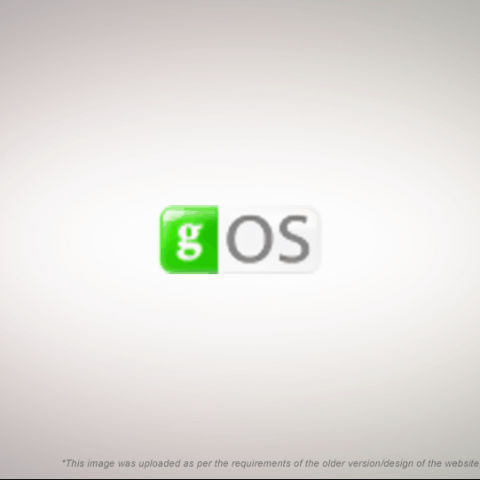 gOS , often mistaken to stand for Google OS, actually stands for Good OS. It might as well be Google OS though, as it seems to focus more on Google technologies than even Google's own Chrome OS!

The OS features Google gadgets front and center, with this distribution being called gOS 3.1 Gadgets. The desktop search facility in gOS provided by Google Desktop, and most of the web services are too.

Of all distributions tested, gOS conforms with the traditional desktop the most. gOS does not go as out of the way as Moblin, or even Jolicloud in creating a new experience. Instead it favours the old paradigm of task bars and menus for its interface. Barring a few minor surprises, someone used to Linux or Windows should have little trouble finding working with gOS.

What gOS does bring to the table then, is its ready to use collection of internet applications. Besides the heavy focus on desktop widgets, most of which are internet centric, the OS comes with pre-installed Google applications such as GMail, Google Calender, Google Docs, etc. Someone used to traditional desktop application will be pleasantly surprised to find that gOS can do it all, but using web applications instead.

The OS itself takes heavily from the Mac look and feel, which might work for some more than others. Since it is quite easy to switch themes, this is a non-factor; a few additional themes are included with the OS, if you don't find the default to your liking. A Mac inspired dock at the bottom of the screen features some of the most popular internet applications such as the Google ones mentioned above, Skype, Pidgin, etc. You can add or remove applications from this dock, but gOS does not make it easy. Instead of a simple drag and drop interface one needs to manually add and remove items in a list.

Like Jolicloud, gOS uses Mozilla Prism to create single-site browsers for most of the included web applications. These applications then behave more like a native windowed application, running in their own process, oblivious to the crashes of other web applications. gOS makes good use of the customization support of Prism. Prism applications can be enhanced by user-scripts which can enhance a web app's features.The GMail application for example, is capable of showing a notification when you receive a new mail, thanks to notifications support in Prism.

Despite featuring web applications for performing nearly all the popular tasks, gOS does not shy from native applications. Native alternatives for nearly all the web application are provided. For email there is Thunderbird, for word processing, spreadsheets, and presentations, you can use OpenOffice, and for image editing there is Gimp. Besides these, you also have applications for multimedia playback. Google's Picasa image album management application is also preinstalled. To facilitate compatibility with Windows, gOS comes with Wine pre-installed, so you if you have exe's lying about, they should run without needing any configuration.

Since gOS is heavily based on Ubuntu, it is compatible with all applications targeting Ubuntu, and there are quite a lot of those. The OS even uses the same repositories for all its applications, so you have instant access to thousands of applications.

As a cloud OS, gOS doesn't provide any groundbreaking examples of integration. Most of what you get with it is something that you can install on any Linux distro. Still, it does treat websites / web applications in the same terms as any installed application, and in this sense it is quite, cloudy.

The creators of gOS have another operating system in the works which is meant to be a full fledged cloud OS, and is appropriately called Cloud. However currently it is only available as a private beta for select devices.

gOS does not fully satisfy as a cloud OS, however it was never meant to be one. Much like you would favour a distribution like Scientific Linux if you are a scientist, or 64 Studio if you need to work with multimedia, gOS is the distro to use if your computing needs revolve around the internet.

gOS - A Ubuntu based distro heavy on web widgets

gOS - A Ubuntu based distro heavy on web widgets