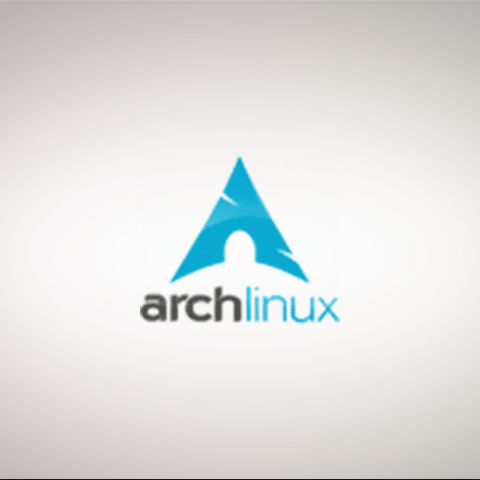 Unlike many of the other Linux distributions we tested, Arch Linux is one which doesn’t have any kind of fixed release model. Instead of there being a discreet Arch Linux 2010, or 10.3, etc, it instead favours a rolling release model. What this means is that you never need to reinstall your OS to upgrade it to the newest version. Instead newer versions of software and system components are delivered as updates to your existing install. Your OS upgrades gradually as you update your system and get the benefits of the latest software releases as they come out.

Unfortunately, installing Arch Linux is no simple task for a Linux newbie. Arch is minimalist, possibly too minimalist for some people, and is definitely not recommended for new users. This much is clear from Arch Linux’s own Wiki, which says:

Now you have have another option, between a netinstall version or a core image. The difference between these two is that while the core image bundles some core packages which are necessary to set up your system, the netinstall image installs everything, including the “core” system files from the internet. If you think installing the Core image will be more convenient, you might want to consider that sooner or later you will have to install updates to the core system over the internet anyway, so you might as well use the netinstall image to download the latest packages. We however downloaded the image with the core packages.

Unlike most other distros, Arch Linux features a text-mode installer, which might be a nightmare for the newbie — who shouldn't be using this distro anyway — but for the experienced user it is a boon as it simplifies the otherwise even more complicated installation process, while still giving the user optimum configurability. It is impossible to describe all the options available to the users, since they are just too many. For a general idea of what the installation looks like, check out the images at the end of the article.

Your Arch Linux disc will boot straight into the login prompt for the CLI of a live distro. At this point you need to login as root user, which has no password. Now you have the power of a root user at your fingertips, you can go about your business now in any which way you want. Arch Linux prints all the information you’ll need to install it on the screen once you are logged in. The documentation for the installer is loaded on the disc so you can read that now if you’d like. It’s good to know that the Arch Linux community is there to support you if you need to install the distro on your “kerosene-powered cheese grater.”

The (semi)automated installer is probably what you’ll want to run though, and this can easily be launched with the command “/arch/setup” (printed on screen). This launches the ncurses-based installed called “Arch Linux Installation Framework” or aif in short. The installer will then display a menu of your installation steps, the usual stuff, selecting where to install from, setting the clock, preparing your hard drives, selecting the packages to install, installing the packages, configuring the system, and installing the bootloader. These are steps pretty much every distro performs, however usually the intricacies are hidden from the end user.

The steps are pretty much what you’d expect (check out the images at the end of the article for a better idea). What need mentioning are the steps for preparing the hard disk, and configuring the system, which can be a little overwhelming. You have a choice to take over the entire hard drive while installing, this is a simple thing to do if it is really what you want to do. Arch Linux will remove all your existing partitions and guide you through creating the other essential partitions, such as your boot partition, swap, and root partition. A manual drive partitioning option is also available, however it will drop you into a console partitioning tool, the popular cfdisk. You should really know what you are doing if you don’t want data loss.

Then come the package selection and installation steps. You can select, firstly the package groups (“base” and “base-devel” will be available on the disc), and then the packages themselves. In the next step the packages will install. The Arch Linux base packages can take some time to install if you have a slow connection. If you had downloaded the image with the core files however, it should proceed fast enough.

After the package selection and installation steps you have to configure your system. First of all you will select which editor to use by default, nano, joe, or vi. You will then be presented a list of the configuration files which you can edit with your recently-selected default editor. At this point all your Linux expertise and experience comes in, however unless you have some exotic hardware (such as a “kerosene-powered cheese grater”), your system will probably already be in working order, as it was for us. All you need to do now is select a server for your software repository, and refresh your package database.

It is unlikely that the base packages Arch has installed till now will be sufficient for you, so not you need to start installing more packages. Arch Linux has its own package management system, which works quite well. A small tool called “pacman” is your interface to the package repositories, and this tool can be used to install, uninstall and update packages, as well as updating your entire system.

Being a rolling distribution, the package management tool is all you will ever need to have the latest version of the distro, and you will be able to see your distro slowly evolve instead of seeing improvements in periodic steps. This means you will get the latest software faster, however this also means that your system might be more unstable. We did not notice any instability in our testing though Arch Linux prefers vanilla packages in favor of patched applications for the distro.

Since Arch Linux doesn’t come with any desktop environment, or even the X server installed, getting those installed will be your first step, unless you plan to use your Linux as a server. The package manager will manage this well, however you will be left with the possibly complex task of configuring the system manually.

The complexity of setting up and configuring your Arch Linux installation is largely offset by the fact that it is a distro you are likely to install once, and then keep updating as newer software comes out, rather than one you will have to install each time a new version is released.

Arch Linux lets you be in control of your own system. But as always, with great power comes great responsibility. We will only recommend Arch Linux to those who have used Linux for quite a while, and have used from the console as well. If you want to download a Linux distro which installs a fully functional graphical environment ready for use, then Arch Linux is NOT for you. Arch Linux is for those who want to configure and set up their system with an intimate understanding and control over each aspect. If you are someone who wants to jump into Linux with both feet, and learn by possibly screwing up their system, Arch Linux is perfect for you.

Click next to see Images of Arch Linux installation, and KDE4 on Arch Linux

You can click on the images to open a larger version.