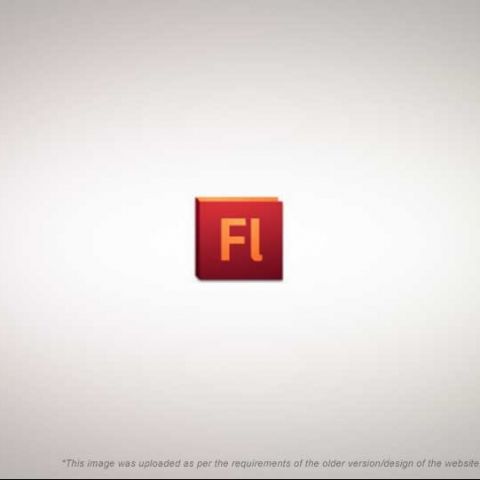 This time around, we have a unique situation where the Flash Professional (11) version has overtaken the Flash Player version (10.1). We are bound to expect more from the IDE than we are from the runtime. First of all, we have  support for the newest runtimes of the Flash Platform, Flash Player 10.1, Flash Lite 4, and AIR2.

Considering that the changes in the runtime are not as drastic as they were between Flash Player 9 and 10, the application has grown in other aspects. Here are some of them, and while these are some of major features of Flash CS5, they are certainly not exhaustive:

First of all we have file format support. Flash CS5 brings support for the FXG 2 format which allows for sharing of content between different Adobe tools with much more fidelity than FXG 1.0 which shipped with CS4. Additionally Flash Professional CS5 now uses an XML-based file format which is essentially a zip compressed collection of all the assets and XML metadata describing your Flash project. This means that it can be much more inter-operable with third-party tools for creating content compatible with Flash. While this has been available in CS4 it is now the primary format in which .fla files are saved.

Flash Professional can also save this uncompressed in a directory structure. the advantage of this lies in that fact that version control software such as SVN and Mercurial work much better with text files (XML) than they do with binary file types. 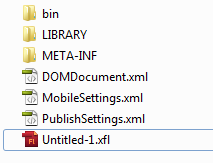 A Flash document stored in the xfl file format
Further adding to the integration between Adobe products is the support for editing Flash graphics assets in Photoshop CS5 with ease. Right clicking on a raster asset on stage will allow show an option for editing in Photoshop CS5. You can easily round-trip between the two applications, and as you make changes in Photoshop CS5, they will reflect in Flash Professional CS5.

Raster artworks can be edited in Photoshop straight from Flash.

Then there is the better integration with Flash Builder 4, which is a part of the CS5 master collection along with Flash Catalyst. FlashBuilder can be used to edit ActionScript code for a Flash Professional CS5 instead of the code editor in Flash which is quite underpowered in comparison. 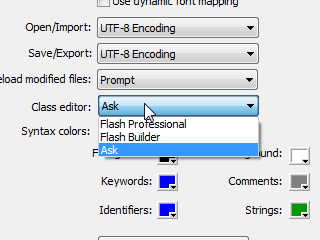 Speaking of the code editor in Flash Professional CS5, it too has seen some important improvements, and the coding experience in Flash itself has been improved with a few new features. The code editor in Flash CS5 now allows code completion for custom classes, and will automatically add any classes you import into the application.

A new code snippets panel has been added which allows one to insert commonly used ActionScript code into your project. 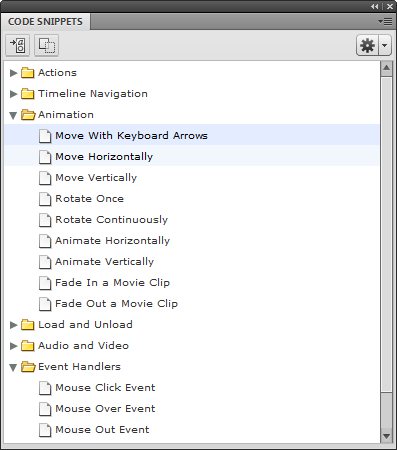 For example, by simply selecting an object on stage and double clicking on "Drag and Drop" in the code snippets panel, you can add drag and drop support to that object. You can add your own code snippets quite easily by editing an XML file, and can import and export snippets for easy sharing.

In Flash Player 10, Adobe revamped the text engine in Flash Player, adding support for some very advanced layout options. However Adobe Flash CS4 did not include the requisite tools for easily working with the new features. The engine was available for use through code, however to use in Flash Professional, you needed to install an extension which never came out of beta and even then it would be available as a component, and had no native support in Flash. With Flash Professional CS5, adding text on stage gives you the option to use the new technology by selecting "TLF Text" while creating a new text-field.

The number of text editing options will drastically increase as you switch to the TLF engine (Text Layout Framework), and the features are supported natively. Besides the abundance of text layout and formatting options that can be configured for TLF text fields, from bidirectional and vertical text support to multiple columns, kerning ligatures etc. support for manipulating linked containers is also included. 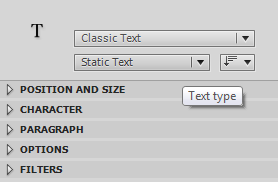 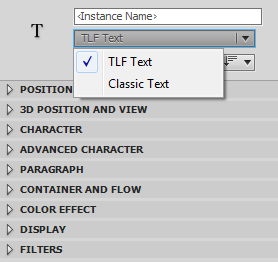 With TLF one can link two text fields together such that they behave like one text field. As such text from one field would easily flow onto the next container which might be placed anywhere else. This can enable some very complicated text layouts. Linking two fields together cane be done visually in Flash and is as simple as dragging and dropping a connector. Additionally an easy to use tool for embedding fonts in your swf is also included. 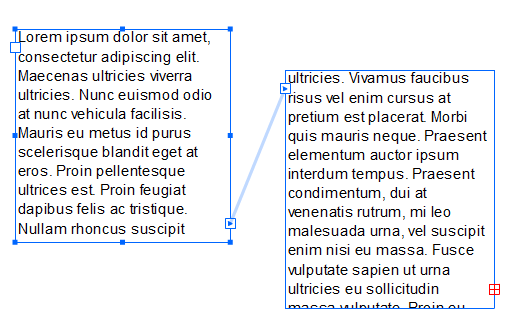 By linking two containers we make then act like one text-field which is broken into two parts.

A new feature called "SWF History" has also been added to the document history panel which keeps a track of the file-size changes of your project each time you publish it. If any change increases the file size drastically, the SWF History panel will append a warning sign to the history entry so you can check to see what caused the alarming increase in file size.

The swf history panel will keep you aware of your file size and will highlight alarming changes in file size.

Among drawing tools, the decorative brush has seen many improvements, and has been better explained by Adobe. While this was included in CS4, is went underused, as most people did not understand the purpose. Now it come with many templates from creating animated smoke and fire, to creating buildings with a simple sweep of the brush. The deco tool as it is called is intended to be programmed such that it can produce any kind of artwork that it required programatically. 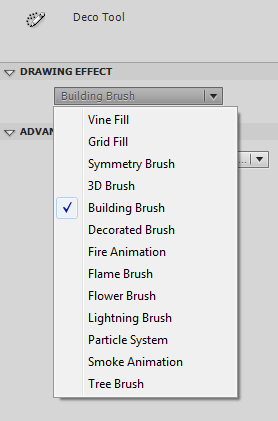 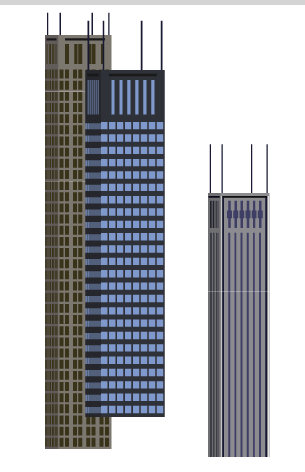 The deco tool now has many more useful options, and is scriptable so that new designs can be created

With Flash Video under threat from HTML5 -- however distant it may be -- Adobe has done well to power up the video experience in Flash Professional CS5. While importing a video in Flash one can select the player skin from a variety of options available. The brilliant thing in CS5 is that you can actually play the video right on the stage itself. This video can be transformed, resized, rotated or otherwise manipulated while playing! You can go as far as to change the skin color, or even the skin itself, all while the video is playing. The video player skin can be used on stage to play/ pause or scrub through the video, and perform all its functions. While the video is playing you can add cue points which will automatically have their time set to the current time of the video as it plays. These cue points fire event at their prescribed time and as such can be used to control other functions of your application. 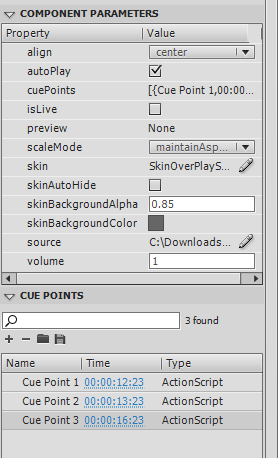 There are quite a few other features that come with Adobe Flash Professional CS5 such as a spring parameter for more realistic animations using the Inverse Kinematics feature of Adobe Flash.

Overall Flash CS5 is a worhty upgrade to CS4 and improves on it in all respects. While CS5 might not bring as many core features as CS4 brought (3D and IK) it is a significant update indeed.