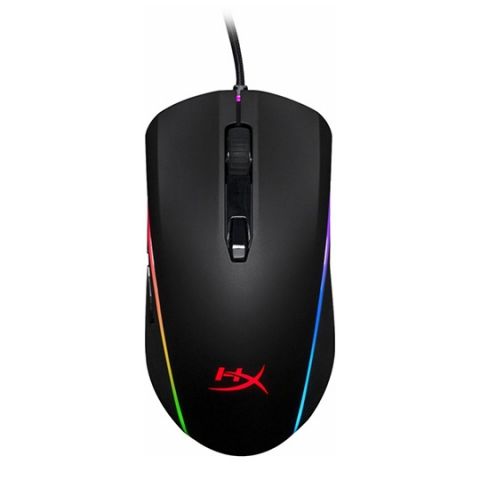 HyperX has made serious improvements in their latest mice lineup by upgrading the existing ones with a better optical sensor. The Pulsefire Surge uses the PMW3389 and obtains an impressive score even if not the best in sensor performance. Apart from the impressive RGB-LED strip all around the mouse, there’s suitable software support to control the lighting effects, record macros and changing the DPI settings. The mouse can be a good candidate for hardcore gamers and even professional esports players. We didn’t come across any kind of deal-breaking flaws in the mouse throughout our testing. We do wish the mouse was priced slightly lower for a better price-to-performance ratio. If sensor tracking accuracy matters to you and you also want some RGB bling on the mouse with good software support, then you should definitely go for the HyperX Pulsefire Surge to take on the most demanding FPS games out there.

Although HyperX is widely popular for their high performing gaming headsets, their lineup of gaming mice have been decent. With the Pulsefire Surge, the peripherals manufacturer has built a mouse using the PMW3389 optical sensor under the hood. While this particular sensor was exclusive to Razer for a while, it was opened up to other manufacturers. So, how does the mouse actually perform? Is it capable enough to be used by professional esports players? Let’s find out.

The HyperX Pulsefire Surge has a beautiful RGB-LED strip running all around the mouse. Along with the strip, the HyperX logo is also illuminated with RGB lighting. You can control the lighting effects and colours using the HyperX NGenuity software. The colour of the illumination on every single LED can be controlled using the software. However, the effects apply to the entire strip. It’s disappointing to find the limited number of lighting effects in the software, but we’re sure more will be added through updates later. 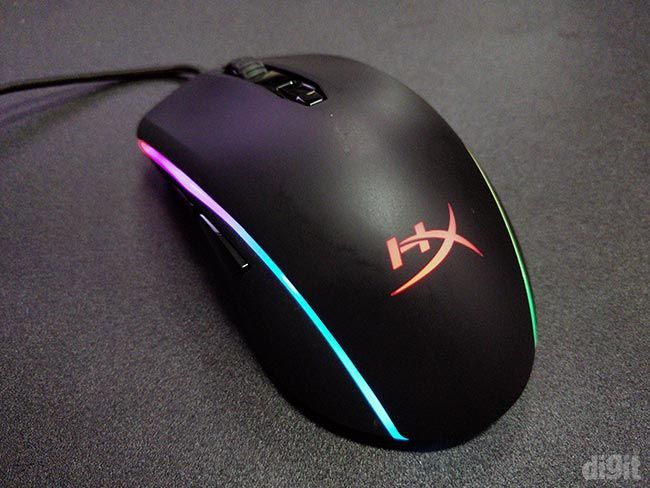 HyperX went with the PMW3389 optical sensor from Pixart. In the Pulsefire Surge, it can go up to 16,000 DPI. The DPI can be changed through steps of 50 and up to five DPI levels can be set in the software. This sensor is considered to be highly accurate and belong to the top tier of optical sensors. We found some interesting results in our sensor testing that we have discussed below in the performance section. 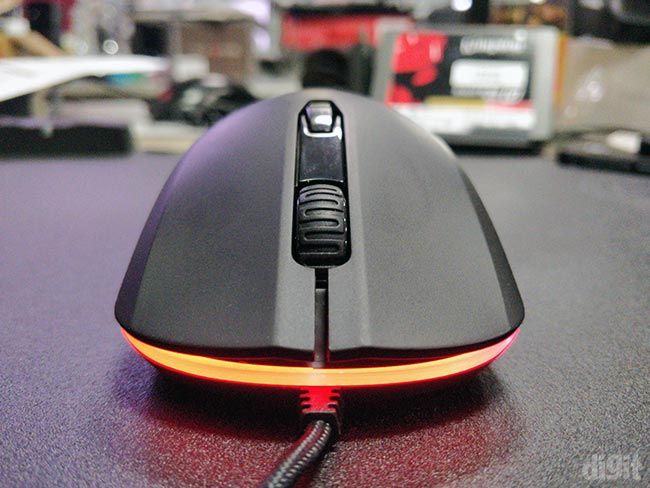 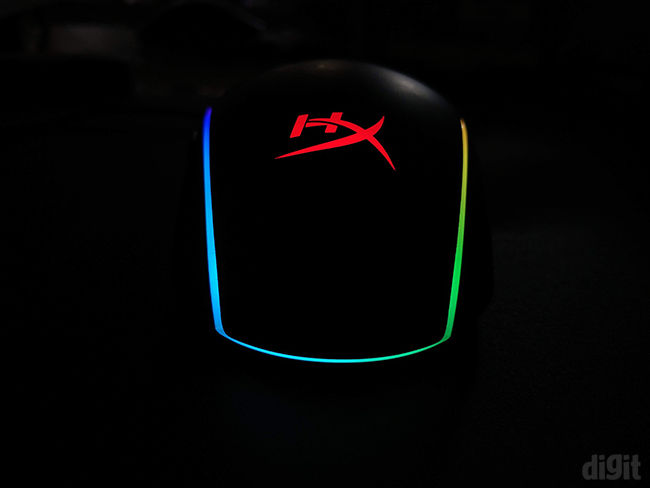 The HyperX Pulsefire Surge doesn’t have any onboard storage. In order to have your customisations work, you will have to keep the software running. And every time you connect the mouse to another system, you lose the customisations.

The ambidextrous design on the mouse allows for both, a claw and palm grip. There aren’t any aggressive or steep curves anywhere on the mouse like the Pulsefire FPS Pro. So, although it’s not exactly ergonomic, the design finds a sweet spot for multiple grip styles. 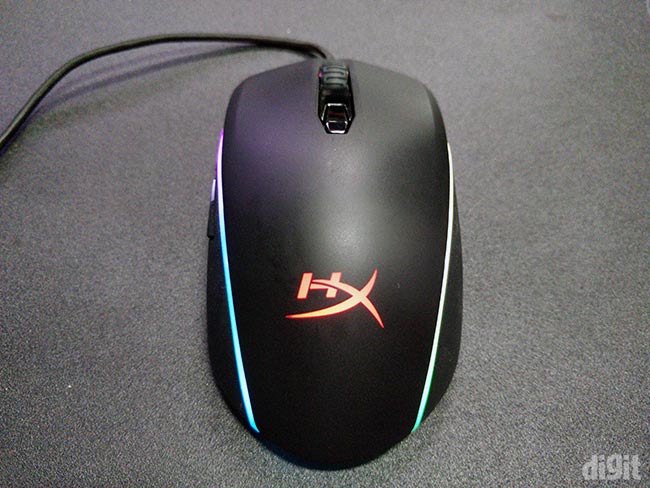 On the top, there’s a smooth plastic coating whereas on the sides, there’s some texture to improve grip. Holding and lifting the mouse is extremely comfortable because of the subtle curves towards the bottom edge coming from the front. This mouse will be best suited for gamers with medium to large hands. 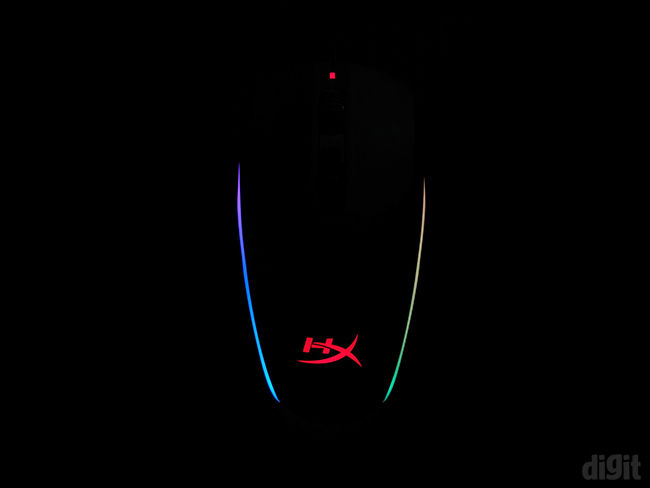 Using high quality Omron D2FC-F-K (50M) switches for the left and right-click buttons, you can be assured that they will last you for several years. There isn’t much resistance to these buttons but they don’t feel too light. You may or may not like the side buttons since they have a more than usual travel distance. However, it’s completely a personal preference. The scroll wheel’s steps are distinct but scrolling is smooth and satisfactory. 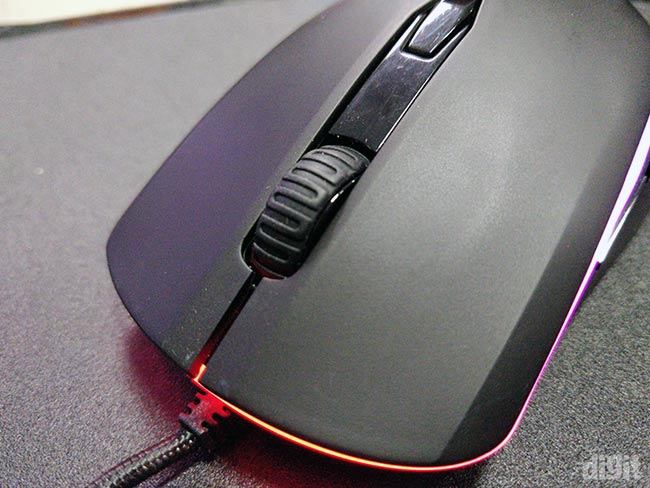 In gaming mice, the feet can highly affect your gaming experience. Along with the surface area, the weight and balance of the mouse together contribute to it. The feet on the Pulsefire Surge are big and they offer the right amount of glide required for both control and quick flicks. 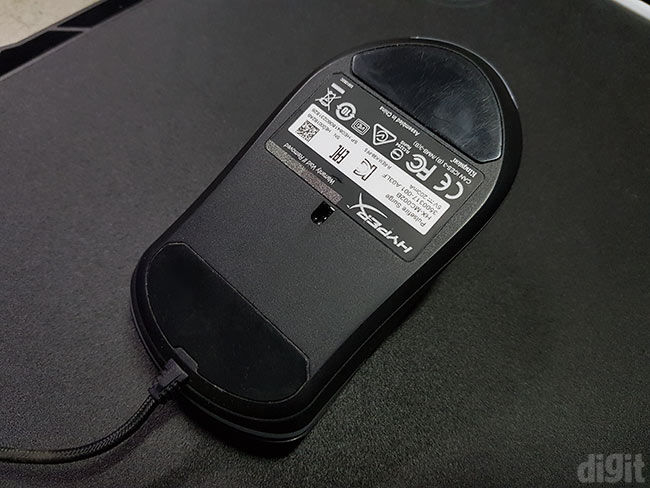 Finally, the mouse cable is braided and quite flexible. Although we’ve seen more flexible cables, this wouldn’t be a hindrance during serious competitive matches. A mouse bungee would be the best solution if you’re very particular about the flexibility. 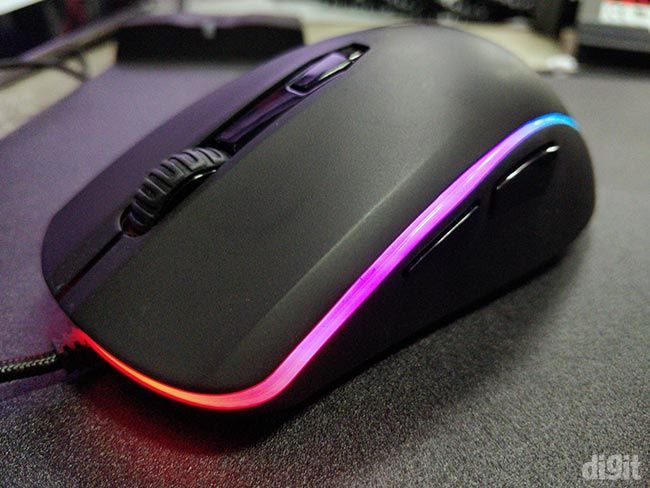 As mentioned earlier, the PMW3389 was exclusive to Razer when it was launched. While the previous HyperX Pulsefire Core sported the PMW3327 sensor, the company took things to the next level with the new launch. We were expecting similar performance with the Razer DeathAdder Elite and Basilisk, so we put the Pulsefire Surge RGB to test. 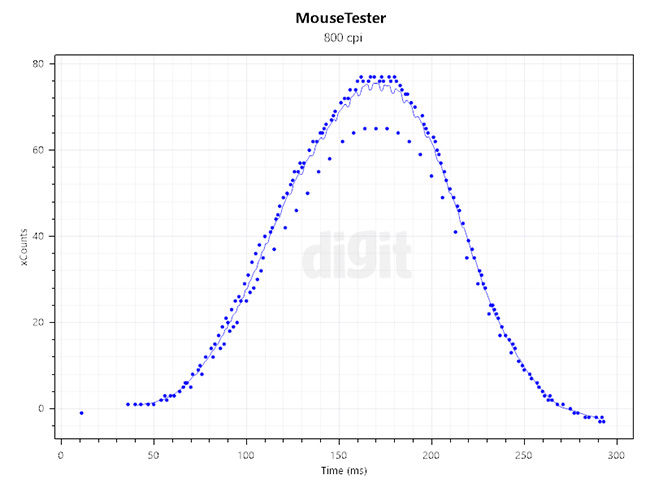 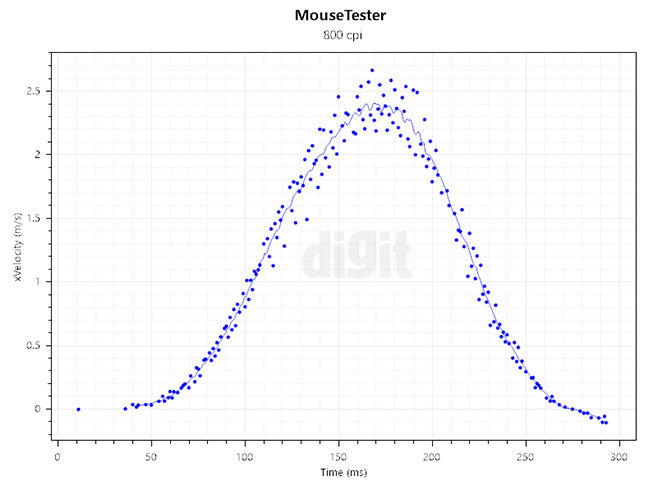 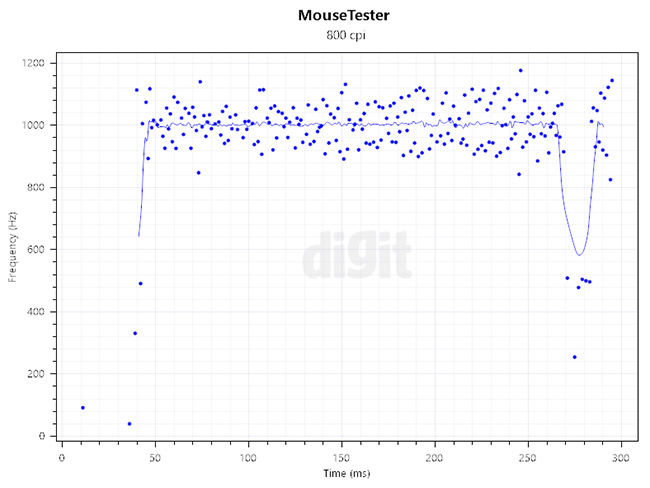 Noise in the sensor tracking of data inputs

In MouseTester, the mouse generated a smooth curve. However, it manages to score way higher than the Razer mice because of minimal deviation in the rising and falling curve of tracking accuracy. After finishing the Enotus Mouse Test, there was a lot of noise in the smoothness of the data inputs, so it gets a slightly lower score in the Enotus Mouse Test. We had observed the same occurrence on the Razer mice. However, this doesn’t affect the overall score in this particular test. 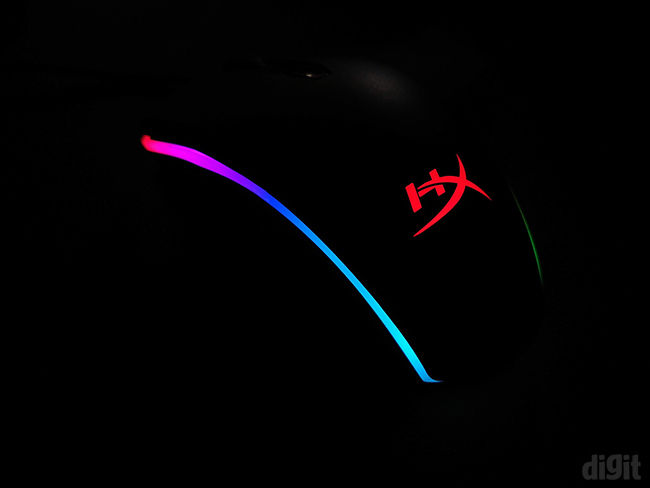 Coming to real-world testing, you won’t be able to notice these minor issues in your regular use. The tracking feels smooth and there’s no pixel jumping. We didn’t notice any acceleration and the sensor doesn’t spin out no matter how fast the mouse is moved. It scores way above our average scores in sensor performance. While the PMW3389 was already an accurate sensor, HyperX has implemented it better than Razer. FPS games will be best suited for this mouse.