MSI GeForce GTX 950 GAMING 2G Review: All you MOBA fans, this is for you 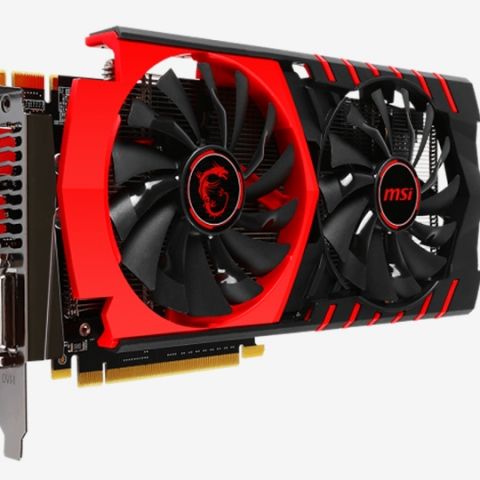 Rumours had many guessing as to what would follow the NVIDIA GTX 960 and the GTX 950 was one of three contenders. Based off the same GM206 chip, the GTX 950 has a two of the eight Streaming Multiprocessors lasered out to land 768 CUDA cores. Like all Maxwell GPUs, this too is power efficient with a moderately high base clock to start off with. MSI’s GTX 950 GAMING 2G brings with it the signature MSI build quality and NVIDIA’s performance prowess.

The MSI GTX 950 GAMING 2G is a dual slot graphics card like almost every card on the block. To improve upon its cooling capabilities, the MSI GTX 950 GAMING 2G comes with a few noteworthy modifications which isn’t exactly new if you’ve had an MSI card from the 900 series. For starters, the fan has plenty of blades of which every alternate one is a little flatter than those beside it. These flatter blades with lower inclination angles results in greater static pressure which really goes well with the greater fin density of the heatsink underneath the fans. So you have the best of both worlds with high air-flow and static pressure combined. Previous implementations in the same vein had double blades with notches or separate fans altogether – one for high air-flow and the other for greater static pressure. As far as cooling performance is considered, the Δtemp seems to be quite similar but there are more modifications to the cooling system so the isolated impact of these new fan blades is yet to be clearly discerned. In the pursuit of improving the cooling system, the card has ended up being a little taller than most card in the lower mid-range segment, thus, making it a little difficult to squeeze into small cases. 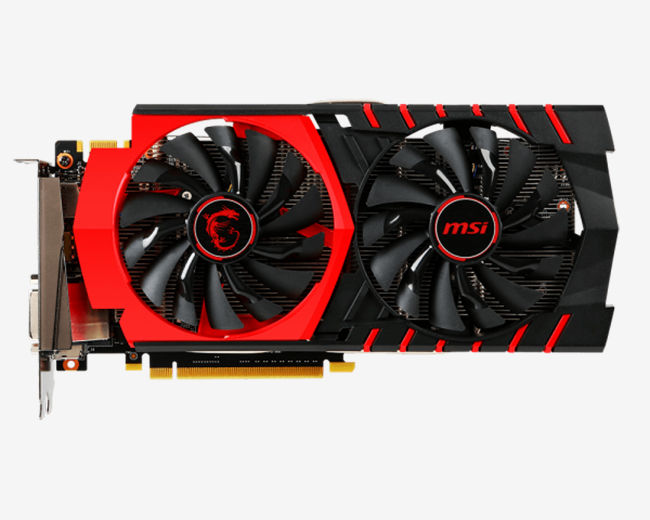 Even though two Streaming Multiprocessors have been lasered out, the bandwidth has been retained which is a plus point but without more memory to take advantage of the extra bandwidth, you’re left in a quandary. You can either go for the similarly priced R7 370 and get four GB of VRAM which will tide you over when it comes to AAA games with high detailed textures or you can pay a little extra and go for the GTX 960 whose variants include SKUs with four GB of RAM. This is obviously not critical at this juncture but it does go a little way into getting more returns from your investment. Compared to the R7 370, it performs better not only in current generation of AAA games but even in OpenGL and OpenCL computational workloads it tends to score higher. Both NVIDIA and AMD have been advertising cards in the mid-range segment to be ideal for MOBA games which happen to dominate the e-sports scene currently. MOBA games aren’t exactly texture heavy since they’re optimised for fast reactions, so the developer takes great effort to make the game look good on mid-range systems without compromising on latency.

With this in mind, NVIDIA drivers come with optimised profiles for these MOBA games. These profiles ensure reduced latency between a physical action being committed and its appropriate response on your screen. The simplest way to describe how this is achieved is as such. In order to best utilise the memory bandwidth, video frames are kept in the buffer before being pushed, so a higher buffer queue will result in greater latency. With the newer drivers, this queue has been reduced to the extent that fewer frames have to wait in the buffer. This improvement in latency is as low as 35 milliseconds but in the world of competitive gaming, it’s just one factor of many that tilt the scales of balance.

A stock GTX 950 is clocked at 1024 MHz but the MSI GTX 950 GAMING 2G ships with a huge increment of 103 MHz under the OC profile which translates to a noticeable bump in performance. The graphics card is priced conservatively for what it brings to the table but you won’t see the GTX 750 and GTX 750 Ti disappearing anytime soon since they can run without external power. Overall, it is a pretty decent card that should slowly end up being the favourite in budget PC configurations. 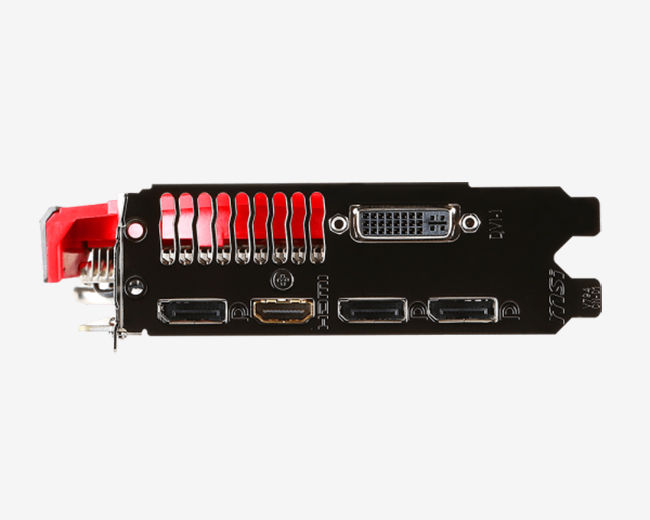