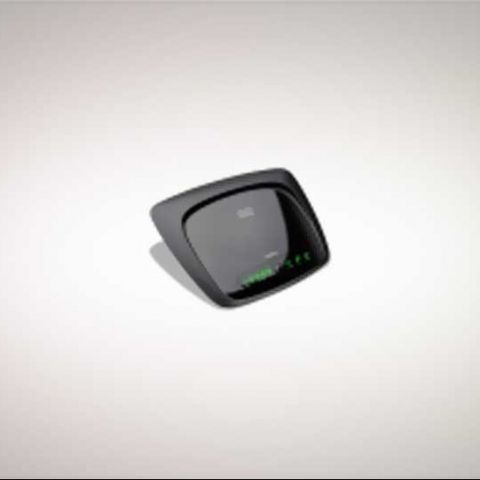 The Linksys WAG120N is a basic Wireless-N certified home modem router, which is both simple and user-friendly. Adopting a simple and easy setup, with ultra-portable body dimensions and rich-assortment of features, it is a nice product. Its costly though, at Rs. 5,499, although street prices might be lower.

The Linksys WAG120N is an ADSL router, that will serve as a modem as well as a wireless router for those who use telephone line-based, (RJ11 cable), internet connections. The router can be setup by either running the setup on the software CD or by manually configuring the settings on the router firmware page. The wireless connections could take advantage of the Wireless-N technology for fast data transfer speeds, while the wired devices could utilize the four built-in 10/100 Ethernet ports to avail high-speed connections. The other notable benefit is the backward compatibility with wireless devices running on 802.11 B and G technologies.

The Linksys WAG120N is sleek and stylish with ultra-portable body dimensions. The glossy black finish makes it attractive. It incorporates one power LED, four Ethernet status LEDs, one Wireless status LED, one DSL activity LED, one Internet status LED and a reset/restart button located at the top-front portion of the router. Moving to the rear of the router, we could find one RJ11, four Ethernet ports, one hard reset pin-hole, one power port and an On/Off button.

Linksys WAG120N - ports at the back

[RELATED_ARTICLE]Let's take a sneak-peek at the significant features: it allows you to share a broadband internet connection across the LAN, wireless printing, file sharing, connect up to four wired-computers and experience the power of advanced security including: Stateful Packet Inspection (SPI) firewall that filters out unauthorized access into your network, 128-bit encryption using WEP, WPA and WPA2 standards, Wi-Fi protected setup, NAT (Network Address Translation), Port forwarding and DMZ for controlled access to your network resources from the Internet. In addition, the modem features the industry standard Quality of Service (QoS) capabilities, which allows the user to prioritize the data packets in time-sensitive data streams like VOIP (Voice over Internet Protocol) and media files (Video and audio). Thus, eliminating any possibility of broken conversations or garbled video to achieve a clearer audio and sharper video output. Taking a step further, you could even block specific wireless devices connecting to your network, by blacklisting their MAC addresses or grant permission to the favourable ones. Adding the icing on the cake, you could even opt to block specific websites by using web address, block specific Internet protocols like FTP, POP3, IMAP or SMTP and even block specific applications like online games & services.

Read on to know the setup & configuration, performance, ratings and test results in the next page...

Performance
[RELATED_ARTICLE]We evaluated the router performance across real-world and synthetic benchmark tests. For the real-world test we used the 50MB assorted and sequential files across zones one and two. We used the Passmark Performance Test software for the synthetic benchmarking across zones one and two. The real-world scores were much lower than the synthetic benchmark scores, reiterating the fact that it is near impossible to attain the theoretical speeds rated by the Wireless-B, -G and -N technologies. The signal strength across both the zones one and two remained at 1%, as depicted by the WirelessMon software. Overall, the data transfer speeds were anything but impressive. Probably, owing to the fact that we ran the tests on Wireless-B and -G equipments, with the router limited to Wireless-G data transfer speeds. A Wireless-N device configuration could have delivered much higher speeds and hence it is to be noted that, a Wireless-N enabled computer is equally significant in delivering faster data transfer speeds rather than just holding the router itself responsible.

Conclusion
The Linksys WAG120N is a basic Wireless-N certified home modem router, which is both simple and user-friendly. Adopting a simple and easy setup, with ultra-portable body dimensions and rich-assortment of features makes this a good product. The price tag is a bit on the higher side, Rs. 5,499, is pretty costly for an entry-level, ADSL router.