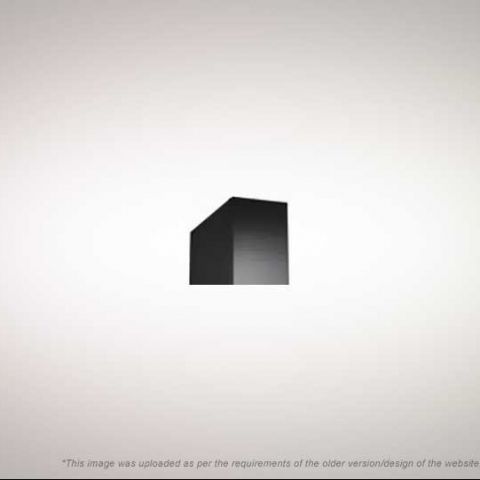 Simplistically stylish with enough features, but a little costly.

Lian Li is a brand that needs little introduction: they’re world-renowned for their chassis designs, and are one of the few brands around still constructing an entire series of cases made of aluminium. Why aluminium? Well, it’s lighter than steel, and being more malleable can be shaped better. It also resists corrosion from moisture – especially important for a country surrounded by sea on three sides. Thicker aluminium sheets will therefore be more rigid as a thinner steel sheet but have the same weight, or be lighter. There will also be less cabinet resonance. The downside, is the price.

The Lian Li A71F is no exception -- at Rs. 16,500, cheap, it is not. A full tower chassis, the A71F sports an all-aluminium construction and the outer body design is based on simplistic, straight lines. Overall, in black, the case has an imposing look due to its size, but it’s remarkably light, even compared to something like the CoolerMasters RC 830. The brushed metal look is not aggressively evident, but it is elegant. The power and reset buttons, and the optical drive expansion bays are hidden behind a front door. This door is pretty thick and has tiny cutouts inserted with transparent plastic where the activity and power LEDs are located. The power LED is blue and bright enough to illuminate an area three feet in front of it. A latch on the top conceals four USB and one e-SATA port, a FireWire port and a couple of audio ports. The ports face upward - a problem, if your case is placed inside the bay of typical computer table – chances are plugging in USB devices will be a challenge. I didn’t like the buttons concealed behind the front door, this means every time you need to power your PC on, you need to open the front door. The case has slits on the bottom that allows drawing of air, because the front door is solid. Looking at the bottom, we noticed the stand feet – very nice design, and solidly built – they’re screwed in, so they won’t come off.

An open shot, it's all aluminium

The side panels are not very solid and there is flex, understandably so, for making them thicker would have added to the weight. They fit flush, but there is room for some movement after using them a bit – not as solid as CoolerMaster's RC830, which had thicker panels and a slightly better fitting mechanism. The motherboard tray is not removable but a cutout coincides with the CPU region – very convenient for those with CPU coolers that have a backplate; the motherboard needn’t be removed. The cabinet is very deep, deep enough to take the longest graphics cards with at least three inches of room to spare between the end of the card and the HDD bay area. Hard drives are installed sideways by screwing rubber grommets on to the drive and sliding these into the outward facing bays making this a tool-less design. HDD insertion/removal is a snap. The expansion slots are also tool-less and have a very solid all metal design that secures even the heaviest of graphics cards easily.

The power supply can be bottom- or top-mounted, although it’s set up for a bottom-mounted design and top-mounting requires the extra HDD bay on the top of the cabinet (where the PSU would be) to be removed. This is a pain, so you’re best off putting your PSU at the bottom. The securing clasp is very firm and rubber strips minimize vibrations from the PSU. Motherboard mounting is also a snap thanks to thumbscrews. When a PSU is bottom-mounted one needs to ensure the cables are long enough to reach graphics cards or even the main 24-pin ATX power connect on the mobo. Some cheaper power supplies might not have as long cables, although we faced no such problems with our Corsair HX 850 watt modular PSU.

On to cooling - which the A71F offers adequately: two 140 mm fans located on the front, suck in air from the venting on the bottom through the HDD trays and into the system. One complaint is this airflow is not strong enough to penetrate much further than the HDD bays, therefore it doesn’t cool anything more than the HDDs, although it will cause cool air to mill inside the case. There is a rear mounted 120mm fan that sucks out hot air from the CPU region. Another 120mm fan mounted on the HD bay located topside also helps remove air, albeit not a lot. One major complaint is there is no active cooling around the GPU region. I say major because most people blowing 16K on a cabinet will be high-end users or hardcore gamers who will almost certainly have high-end graphics cards. My GTX 285 registered an aggregate increase of 6 degrees celsius when I placed it in the A71F as opposed to my earlier RC830. Lian Li does offer an upgraded side panel with two 120mm fans, but this costs another 3,000 bucks. Another option is to buy a PCI slot cooling solution from them, priced similarly to the upgraded side panel. All inlet fans have removable, washable grilles – a huge plus in our dusty environs. Two cutouts provided above the rear 120mm will handle pipes for a liquid cooling kit.

Cable management is very good, much better than the STACKER RC830, thanks to the extra space inside. The  Lian Li A71F feels very roomy when using it and there are no sharp edges. I was able to route my ATX power cable and some other cable from the rear, behind the motherboard tray. Similarly the PCIe power cables from the PSU were also routed in this way. SATA cables can be routed from the edge of the motherboard. Once properly done, everything looks very neat and there is hardly any cable clutter atop the board – very noticeable when migrating from the Cooler Master RC830, where cable management was spartan,  at best.

I wouldn’t say the Lian Li A71F is a superb deal, though I’d say it is a good deal, especially considering that the CoolerMaster ATCS 840 isn’t half as well built. My list of nitpicks are genuine: for a case that costs as much as an entire system; these issues should be addressed. I’d like better side panels with a little more rigidness. I’d also like an improved graphics card cooling system. A removable motherboard tray would ease my aching back, after having knelt over this thing for the better part of two hours. A front-facing USB and audio port please – more convenient and the ports don’t catch dust. A fan mount on rear of the HDD trays facing inside the cabinet would also be great as cool air can be blown on to the motherboard – the front fans cool only the HDDs, thanks to their low CFM and the airflow obstructions provided by the runners for mounting the HDDs. For most, the A71F won’t be worth the effort – after aluminium won’t add an extra five fps to Crysis will it? For those who want something simplistically stylish and with enough features, the A71F is a decent option, but Lian Li really should address its shortcomings.