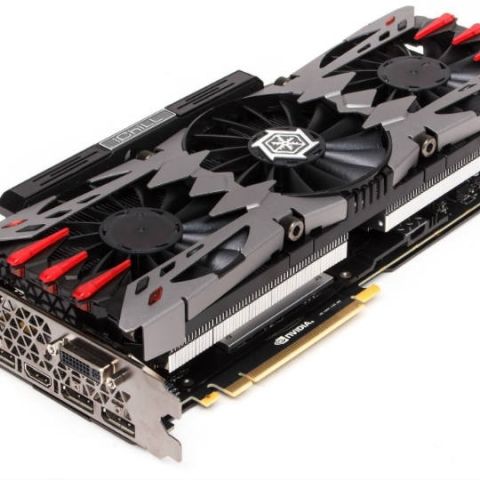 The card is beefy. Plenty of manufacturers have made it a point to not take up more than two PCIe slots for high end graphics cards but Inno3d has made an exception in this regards. Since the 960 only supports two-way SLI this isn’t a bad thing. For a 970 or a 980 this is problematic since it will impede the implementation of 3-way and 4-way SLI. The iChill GTX 960 takes up three PCIe slots and has three cooling fans to achieve a peak load temperature of 40 degrees Celsius in our test environment. This was a great surprise since the Gigabyte G1 Gaming SKU which also had a triple-fan cooler went all the way to 63°C. 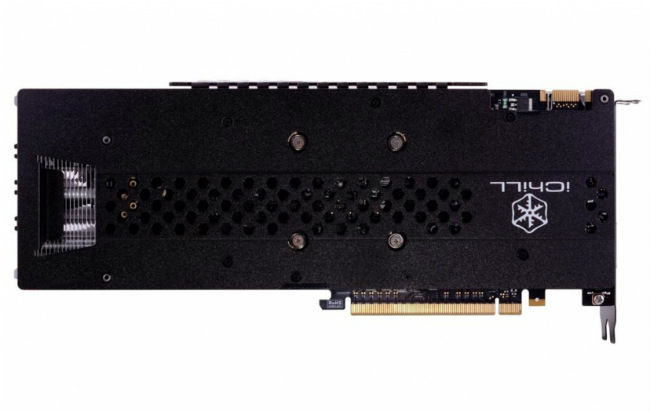 The rear of the card is protected by a back-plate that covers the entire surface and has ventilation holes all through to the end. The front of the card has metal clip-ons which are further secured by bolts. The entire assembly is easy to remove but given the cooling performance of this card, going for an aftermarket cooler is a futile venture unless you want to incorporate liquid cooling. Moreover, with cooling that is this good you’d expect a lot more noise from the fans than usual but that was definitely not the case here, these fans even at peak load were quite silent. Power viruses might push it over the limit and cause coil whine but we don’t run those.

This is the highest clocked GTX 960 that we’ve seen. With a base clock of 1329 MHz and a boost clock of 1393 MHz this card did get ahead when it came to synthetic benchmarks but as is with all Maxwell cards we’ve seen, this overclock doesn’t translate to a noticeable difference in FPS so you’re paying for everything else that the card provides. Despite having a significant lead over the Gigabyte GTX 960 G1 Gaming SKU it scored a little lesser. 3DMark’s FireStrike gave the Gigabyte card 6895 points and the Inno3D card 6869 points. So the difference is so miniscule that it was well within our margin of error, so we peg both cards to be at the same level. 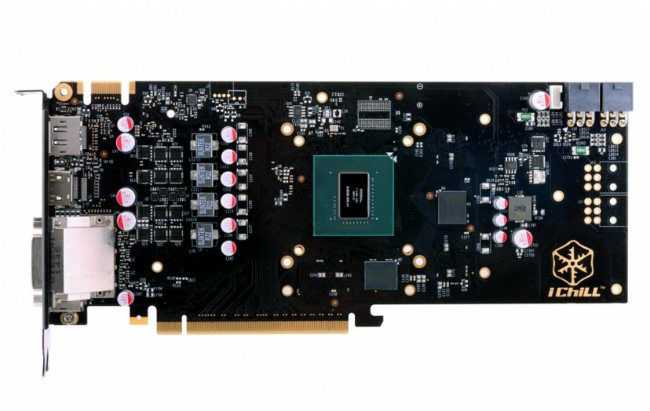 The card sells at an MRP of Rs. 32,760 which is way too much for a GTX 960. We looked online for these cards and though we couldn’t find the iChill GTX 960 we did find the iChill GTX 970 which was priced for Rs. 32,303. So when this SKU does show up on online stores you can expect it to be priced within reason. The packaging includes a iChill metal badge/sticker, a 3DMark license code for the advanced edition (Rs. 1,500) and a decent mouse pad. We estimate the street price to be around Rs. 24K which is still expensive considering that the cheapest variant sells for Rs. 17K. So the card does fall behind the competition in providing value for your money. However, we’d like to point out that no other card comes even close to getting a 35 degree temperature difference at peak load level. The cooler design actually makes a massive difference. We didn’t even remove the metal accents and the plastic components that sit on the cooler so despite these things coming in the way of the air flow, the cooler still managed to climb all the way to the top pedestal. 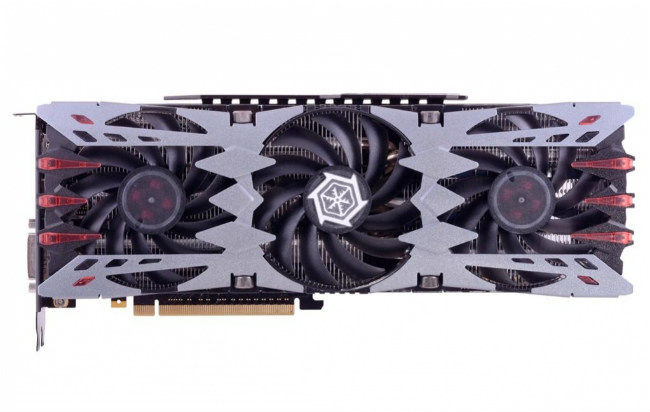