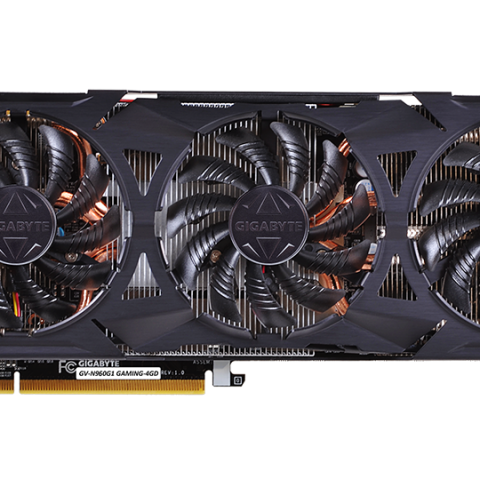 Since the current three-digit nomenclature came into being it came to be that the mid-range cards i.e. the 60-class graphics cards offered the highest price to performance ratio while maintaining playable frame rates. Moreover, in India they’ve been priced around the Rs. 15,000 - Rs. 20,000 range so these cards sell good but not at launch. Gamers would rather wait for roughly a year or so before getting these cards and by then the price comes down to the more affordable Rs. 13,000 - Rs. 15,000 range which is slightly higher than what the GTX 750 Ti debuted at. So that makes the 60-class cards the go-to card for every budget gaming PC build.

This is not a trend just in India, it actually starts off abroad where these cards are more appropriately priced at launch. Generally, in the US these cards retail around the $249 mark. If we look at Steam’s Hardware Survey that happens every month then the 60-class cards are pretty much at the top of the ladder. Check the image below which has the survey results for September, both the 660 and the 760 are listed within the top 10 cards. So these sweet spot cards are preferred over the 50-class and 40-class cards because of the good frame rates that they give. Be it any current generation AAA title, a few tweaks with the graphics options will give you a stutter-free 60 FPS. And it keeps this up for at least 2 years. Even now the most popular graphics cards selling on most ecommerce websites are the 60-class cards (specifically the GTX 660, GTX 660 Ti and the GTX 760). We benchmark the 960 to see if it lives up to the legacy of its predecessors.

GTX 980’s GM204 had quite a lot of improvements and the most prominent among that was it’s power efficiency, Voxel Global Illumination (lighting technology), Dynamic Super Resolution (rendering high-res frames which are later downscaled) and MFAA. However, performance wise it didn’t match up to the expectations. It was barely equal in performance to some of the factory overclocked partner boards which cast a shadow of doubt around it’s ability to sell well in an increasingly power hungry market. Needless to say, a really good pricing strategy helped boost sales. So when you take a look at the GM206 you see that it has exactly half the amount of CUDA cores, TMUs and ROPs. Something that’s gotten a little controversial since the 960’s specifications leaked out on the Internet is that of the bus-width for the memory. The Maxwell architecture is one that scales really well and NVIDIA has opted for using compression algorithms to squeeze more data through the data-bus rather than increasing the bus-width. What adds fuel to the fire is that the competition sports a 256-bit bus width on R9 285 and even the GTX 760 has a 256-bit bus width. The question that needs to be answered is if the compression is so good that a 50% reduction in bandwidth is justified?  Well we need to look at what we're getting and how much we're paying for it. In the case of the 760, it used the same chip as that of the 770 so the bus-width was unlikely to be that different from the 770. In the case of the 960, it isn't based on the same GM204 chip which the 970 is based on so it has been redesigned for the 960 to not only provide a comparable framerate but also by doing so at a much lower price point. Now for the things that haven’t changed by 50%. The TDP of the GM206 chip is 120W which is obviously not going to scale linearly but with such a low TDP we’ve seen silent cooling slowly become mainstream. Even on some of the GTX 980 and GTX 970 we had observed fans dropping out once the temperature fell down to 40-45 degrees celsius. But custom PCBs with factory overclocked cards would require a little more power. The Gigabyte card that we have has done exactly that. They’ve ramped up the base clock from 1127MHz to 1241MHz and the boost clock has been increased from 1178MHz to 1304MHz. This massive overclock which has been made thanks to Maxwell requires a lot more power and for this, Gigabyte changed the reference design’s 120W TDP through a three-phase VRM to a 150W six-phase VRM. A change that not only allow more headroom for overclocking but is also cooler since the power draw will be distributed across six-phases instead of three. And Gigabyte is not alone in this, many other have adopted similar strategies across previous generations of graphics cards but those were all generally done on premium cards in the high-end segment. The same being done in a mid-range segment is rare. At the end of the day it’s as if the GM204 was chopped in half to make the GM206. So the question that comes to mind is whether performance will scale accordingly? Well, read on to find out!

We didn’t get the reference GTX 960 so we’ll be comparing the Gigabyte GeForce GTX 960 G1 Gaming with the reference design of the GTX 760. The G1 Gaming SKU has a pretty high factory overclock and for that they’ve come up with a good cooling solution. The front chassis or fan shroud is made out of aluminium and they’ve made use of four heat pipes that run across the entire expanse of the card’s front. These heat pipes sit directly on top of the GPU and even the VRM has a block of aluminium to cool it down. Having a six-phase VRM circuitry helps with the cooling too.

There are three 90mm fans on this particular SKU. Gigabyte is launching two other SKUs alongwith the G1 Gaming card and they have two and one cooling fan(s) on them respectively. Gigabyte calls this arrangement their Windforce technology. On the rear, we have a backplate which is also made of aluminium that spans across the entire PCB. Since we’re talking about the PCB it wasn’t be much of a surprise to see a black PCB which is what everyone seems to prefer these days. Gigabyte motherboards have had the Ultra Durable moniker which is slightly different for different price segments. For the G1 Gaming card the UD technology translates to having 2 ounces of copper in their PCB along with high quality solid state capacitors and metal chokes. Almost, every manufacturer has a similar moniker for the customisations they make to the build quality of the graphics card.

This card has 3x Display Port connectors, 1 HDMI and dual-link DVI ports. Other than the DVI ports the rest are all gold plated to prevent corrosion. As is with the GTX 980 and the GTX 970, even the GTX 960 supports a 4-display multi-monitor setup which Gigabyte calls Flex Display. You can check out what the reference design looks like in the image below.

As the GTX 980 was compared to the GTX 680 in its product documentation, the same has been the case with the 960 as well. However, the 780’s launch documentation compares it with the 680 rather than the 580. So we were set for a let down from the get go when we saw the same being repeated in the 960’s documentation as well. Here’s what we used for the benchmarks.
Processor - Intel Core i7 4960X Extreme Edition
CPU-Cooler - Stock
Motherboard - ASRock X79 Extreme 9
RAM - 4x8 GB Corsair Dominator Platinum @ 2133 MHz
SSD - Sandisk Extreme II 240 GB
SMPS - Corsair HX 1050 Synthetic benchmarks push cards all the way so you get a better picture of what the absolute best can be achieved from the particular card. For SLI we've clubbed the Gigabyte GeForce GTX 960 G1 Gaming SKU with the Gigabyte GeForce GTX 920 Windforce 2. Here we see the two 960's in SLI performing really well and exceeding the performance of the GTX 980 reference card. So you can basically spend 2x19,900=39,800 and get more performance than a 980 which cost Rs. 46,000 at launch and is currently priced around Rs. 42,000 to Rs. 48,000. So does the SLI configuration work equally well in gaming benchmarks? So across gaming benchmarks, the GTX 960 performs either at par or is slightly ahead of the ZOTAC GTX 760 AMP! Edition. SLI, again makes a lot more sense but the worrying fact is that even after and entire generation the performance increment hasn't been as high as was the case between the 760 and the 660, or for that matter between the 560 and the 460. Hopefully, the next generation of Maxwell might do something about that, they've already boosted power efficiency, performance is all that's left to focus on. Maxwell performs way better than Kepler and that was evident when we tested the GTX 980 so it was no wonder to see the 960 getting ahead of the 760 and even the AMD counterpart, the R9 285.

Since this isn't the reference card it was bound to perform better. Even the six-phase VRM design helps a lot with reducing the heating damage that the components might be subjected to. Overall, the Gigabyte GeForce GTX 960 performs way better than all the cards (air-cooling only) we've compared it against. If we were to idle the computer straight after boot up then the temperatures would drop to as low as 25 degrees celsius. Performance wise the GTX 960 has followed in the footsteps of the GTX 980. It is a much efficient card when it comes to power consumption and also stays cooler but it barely outperforms a factory overclocked GTX 760 in a one-to-one comparison. However, we've already discussed how the 960 is a redesign that is suited for the mid-range segment and has launched at a much lower price point so expecting the linear performance scale akin to what was achieved from the 760(in comparison to the 770) is unfair. And when used in an SLI configuration it does show some promise. So if you're still running a rig with a Fermi or Kepler 1st generation card then the GTX 960 is a worthwhile upgrade. The Gigabyte GeForce GTX 960 G1 Gaming card has a considerable improvement over the reference design and the factory overclock makes it worth the investment. We even managed to push the card a little further by overclocking it by an additional 90MHz, the packaging claims that the card can go all the way up to 1379MHz base clock. We'd say that buying two of these is a much better proposition than getting a single GTX 980. The card retails for Rs.19,900 though we expect the street price to be a bit lower and that only sweetens the deal.