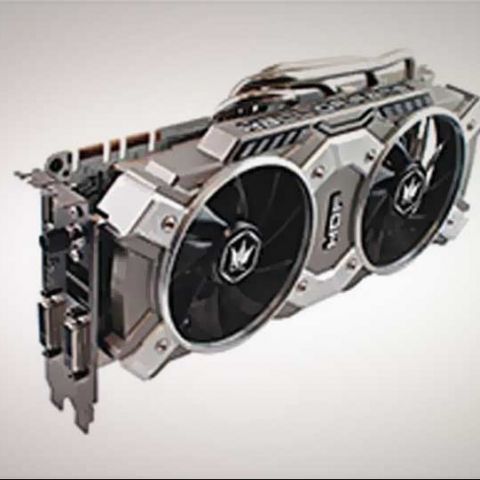 The card is definitely faster than the ZOTAC 780 Ti AMP! edition but it comes at a higher price as well, the MRP currently stands at a whopping Rs.70,000 so that makes it about Rs.10,000 more than the competitor. Thatâ€™s quite the price premium to lay down for something that is just a few MHz ahead of the competition. The MOP is set at Rs.59,000 which shows a stark difference between the MRP and MOP so that's something good to look forward to. The card is well built and performs better but we wonâ€™t be labelling this card the new king just yet, weâ€™re reserving that judgement for when we receive the GTX 780 Ti HOF+.

For a change. this time we got to see a new brand come up on top of the rest. Galaxy has been bringing out their high-end graphics cards with factory overclock under the “Hall of Fame” brand for quite some time but this is the first time we’ve gotten our hands on one of them and that too the second most powerful SKU in their arsenal. There is a Galaxy GTX 780 Ti HOF edition which has a slight edge over the vanilla HOF edition. We hope you realised that what we just described as vanilla is itself a high-end SKU. 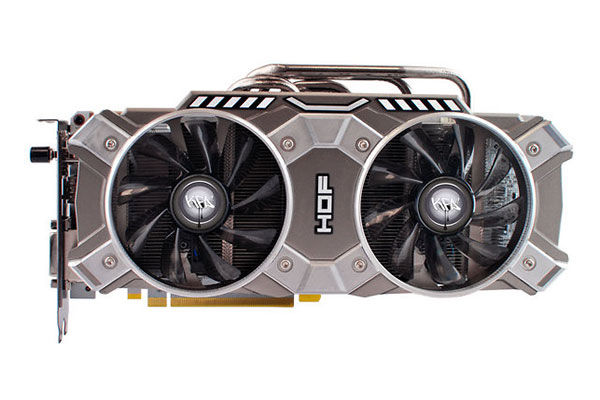 The difference between the Galaxy and ZOTAC card is that this one has the memory clocked 50MHz lower than the ZOTAC card but the performance figures put the HOF ahead of the AMP! card(strictly speaking about the GTX 780 Ti cards). Everything about this card is custom, the PCB is bright white with a matte finish. The days of “matte black” PCBs are about to be passé and the time has come for a change. Cooling has been given some extra attention since the heat sink assembly now consists of a vapour chamber sitting atop the GPU and there are four heat pipes affixed to the vapour chamber. Then come the fins which aren’t the densest we’ve seen but the accompanying fans are high-airflow fans so one need not worry about poor cooling under load conditions. The stock GTX 780 Ti comes with a moderately spaced grill on the mounting plate for letting the hot air out, but this card took out a few of the vertical bars to give you just two wide holes for ventilation. 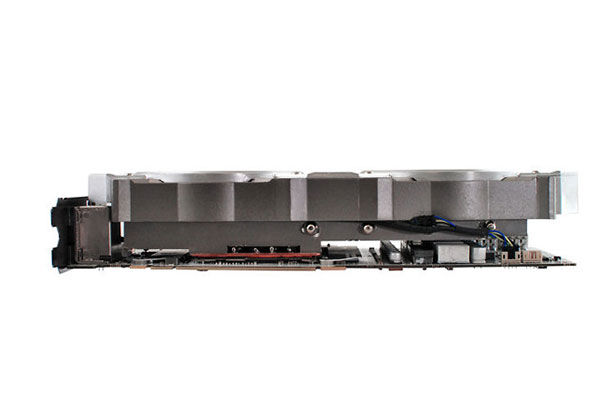 The placement of the 8-pin power sockets are the same as other cards but one thing that we don’t like is how the latch on the socket is facing inwards rather than the opposite. As a result, removing the power cables becomes slightly cumbersome. One last thing is that the body is well protected on both faces. The back has a full plate and the front has a polycarbonate fire-resistant housing. The mere presence of such material does raise a few eyebrows but then again, the high-end segment is all about overkill. 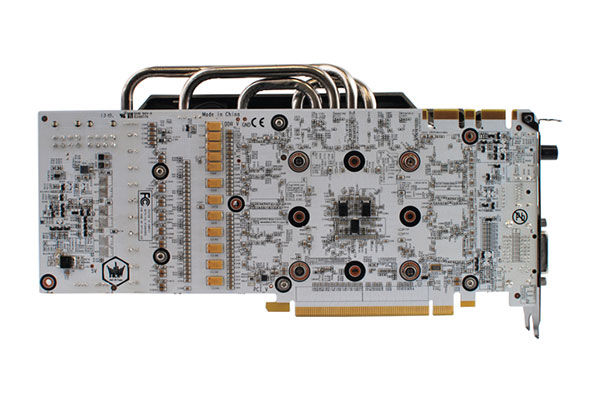 There is an on-the-fly overclock switch in the form of a plunger on the mounting plate which boosted the core clock to 1097MHz with the memory clock scaling proportionally to 3499MHz. This gives the card a 9% clock speed boost but the performance didn’t increase by a good margin. For example, the Fire Strike score in 3DMark went from  10528 to 10604. That isn’t much and the game benchmarks reflected the same in their results. A good outcome to this feature was that the RPM of the cooling fans went up by such an amount that the load temperatures actually went down on a higher clock frequency. However, the noise level creeped high enough to be a nuisance. OpenCL benchmarks don’t put the card at an advantage compared to the competitor since the difference in performance was varying in such a manner than in certain runs this card would be ahead of its closest competitor while in other runs of the very same benchmark, this card would be behind. Also, the difference was within the error margin so that pegs this card as equal to the 780 Ti AMP! edition as far as OpenGL performance goes.

Benchmarks
Synthetic benchmarks are where the card manages to edge past its competitors and we can clearly see that in the graph below. 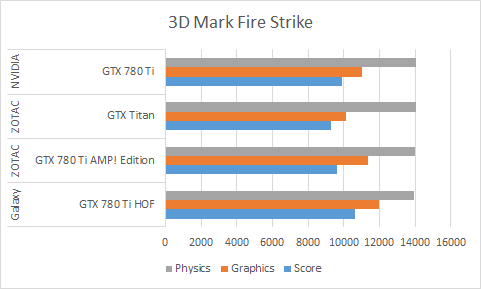 Gaming
Gaming benchmarks rarely do any justice to these cards since the actual difference only matters around 60 FPS for the enthusiasts who actually buy into the high-end market. Anything higher doesn't matter visually unless you've got a real good monitor. The card performs quite well and maintains a good lead over it's closest competitor – ZOTAC GTX 780 Ti AMP! edition in all games except Hitman Absolution. 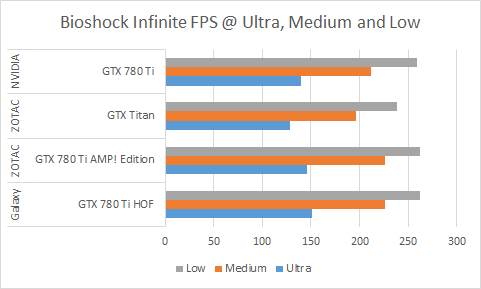 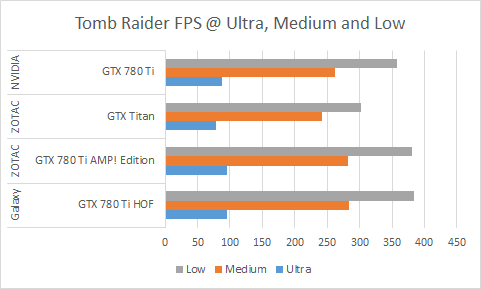 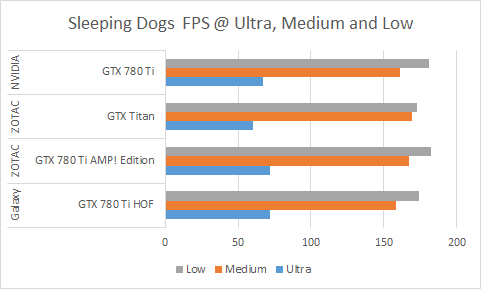 Temperatures
During idle conditions the card doesn't show any difference over other competitors but when you switch on the turbo and let the fans ramp up to full RPM then we can see the difference in temperatures quite clearly. The temperature at high load on the overclock is quite lower than the competing cards from all manufacturers we've tested so far. 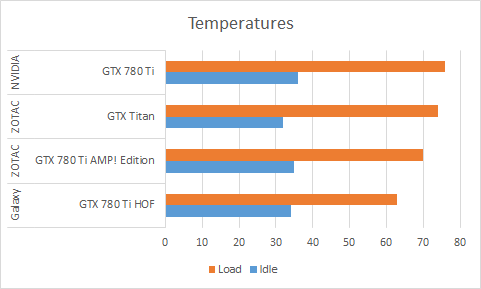 Verdict
The card is definitely faster than the ZOTAC 780 Ti AMP! edition but it comes at a higher price as well, the MRP currently stands at a whopping Rs.70,000 so that makes it about Rs.10,000 more than the competitor. That’s quite the price premium to lay down for something that is just a few MHz ahead of the competition. The MOP is set at Rs.59,000 which shows a stark difference between the MRP and MOP so that's something good to look forward to.
The card is well built and performs better but we won’t be labelling this card the new king just yet, we’re reserving that judgement for when we receive the GTX 780 Ti HOF .