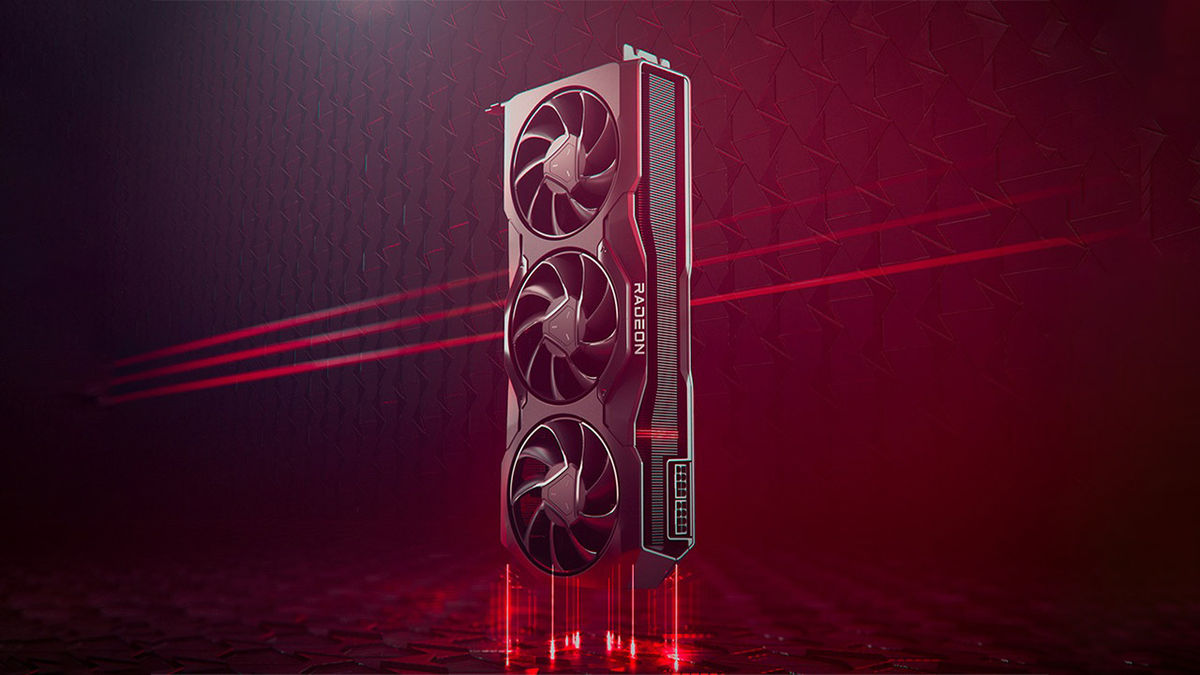 The AMD Radeon RX 7000 series graphics cards based on the new RDNA 3 architecture brings in several major improvements including the shift to using chiplets for the silicon, a new ray-tracing engine, new AI accelerators, encode capabilities for AVI and high bandwidth interconnects. The flagship GPU in the 7000 series is the AMD Radeon RX 7900 XTX. It’s not designed to break the bank as the goal for the designers was to build the ultimate graphics card under USD 1000, reportedly. USD 1000 works out to be about INR 97,500 post taxes, so AMD has certainly got the pricing right, at least the official one. What remains to be seen is if it indeed is the best graphics card at this price point and whether retail prices remain within the vicinity of the official prices. 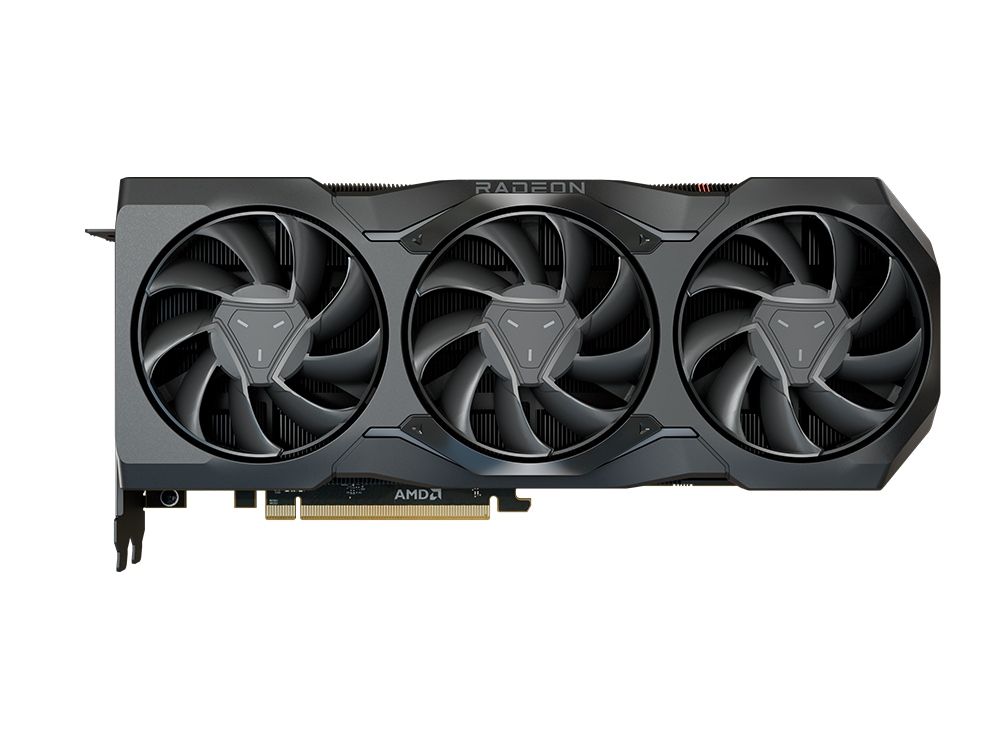 Moving from a monolith design to a chiplet design does come with a few trade-offs, primarily with the interconnects that help the different chiplets communicate with each other. AMD claims to be using an ultra-fast interconnect that delivers up to 5.3 TB/s for the chiplets that would help in that regards. Speaking of chiplets, we have a Graphics Compute Die (GCD) that’s built on TSMC’s 5nm process and six Memory Cache Dies (MCD) on the package for the GPU. Basically, there’s a GPU in the centre surrounded by very fast memory placed right on the package. And then there’s always the DRAM that comes after the memory cache. Each MCD is split in function between serving as AMD Infinity Cache and interfacing with the DRAM chips. 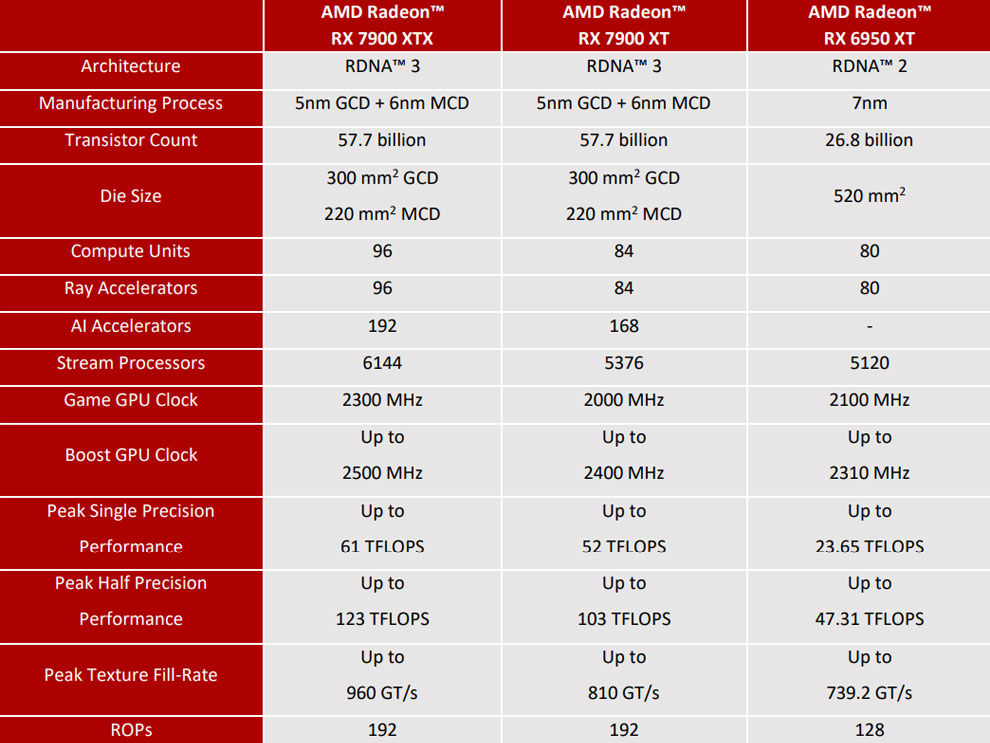 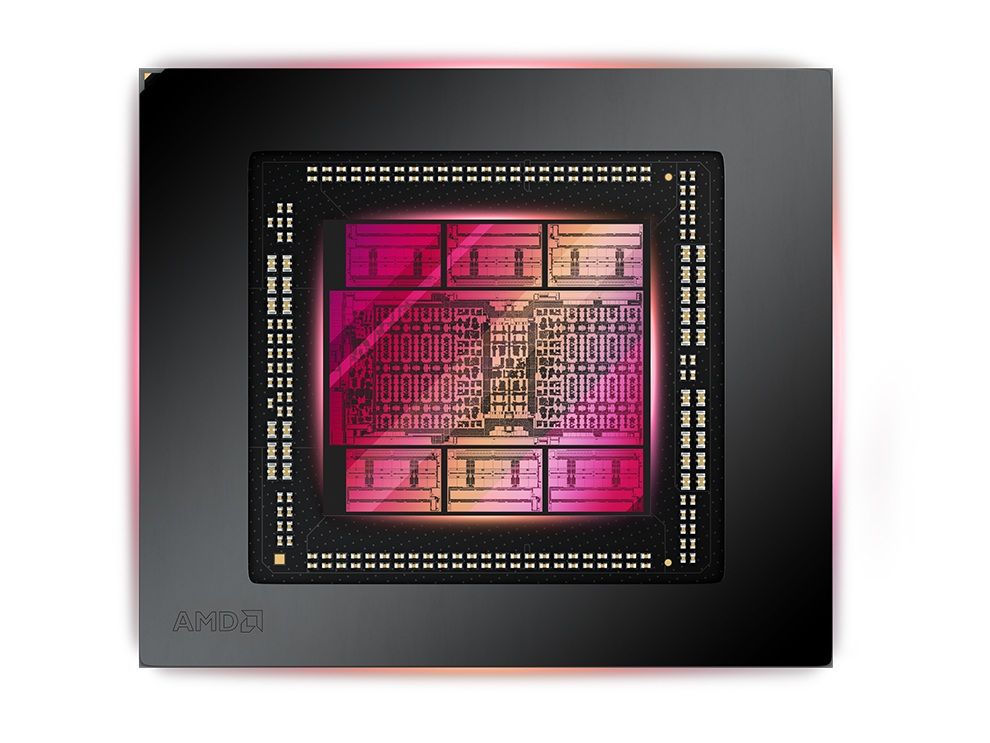 Coming back to the GPU core, we have 96 Compute Units (CU) resulting in 6144 Stream processors. That’s 64 Stream Processors per CU. RDNA 2 had the same density of Stream Processors per Compute Unit. So where have all the additional transistors gone into? RDNA 3 has a new compute element for AI acceleration and there are 192 AI Accelerators, i.e. 2 per CU. As for the Ray Accelerators (RA), RDNA 3 still has 1 RA per CU.

There are several new features that have been enabled by the architectural improvements, we’ll get to those later.

Testing a new graphics card right in the middle of our Zero1 Awards testing was quite the challenge. We've not had the time to update a lot of our benchmark scores on older GPUs so we've restricted the tested GPU list to just a few of the more recently tested graphics cards. Here's the rig that we have used for the review: 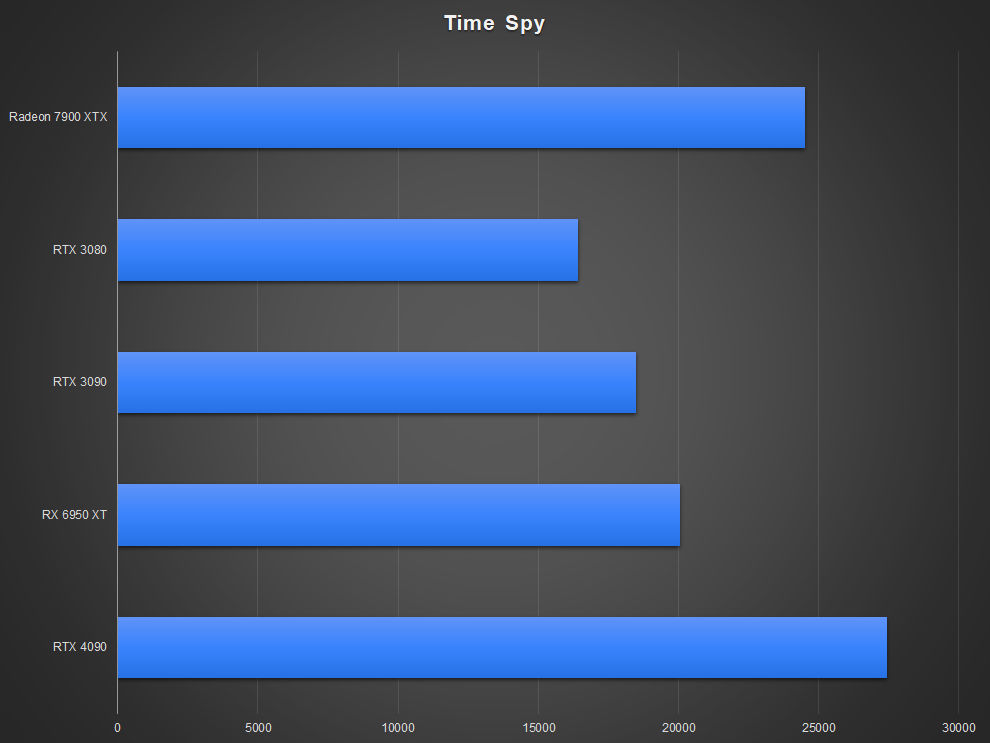 Time Spy is a synthetic benchmark based on DirectX 12 that gives you a very good approximation of how good a graphics card is. We see that the RX 7900 XT manages to get a significant performance bump over the RX 6950 XT but falls shy of the RTX 4090 which is a behemoth of a card. 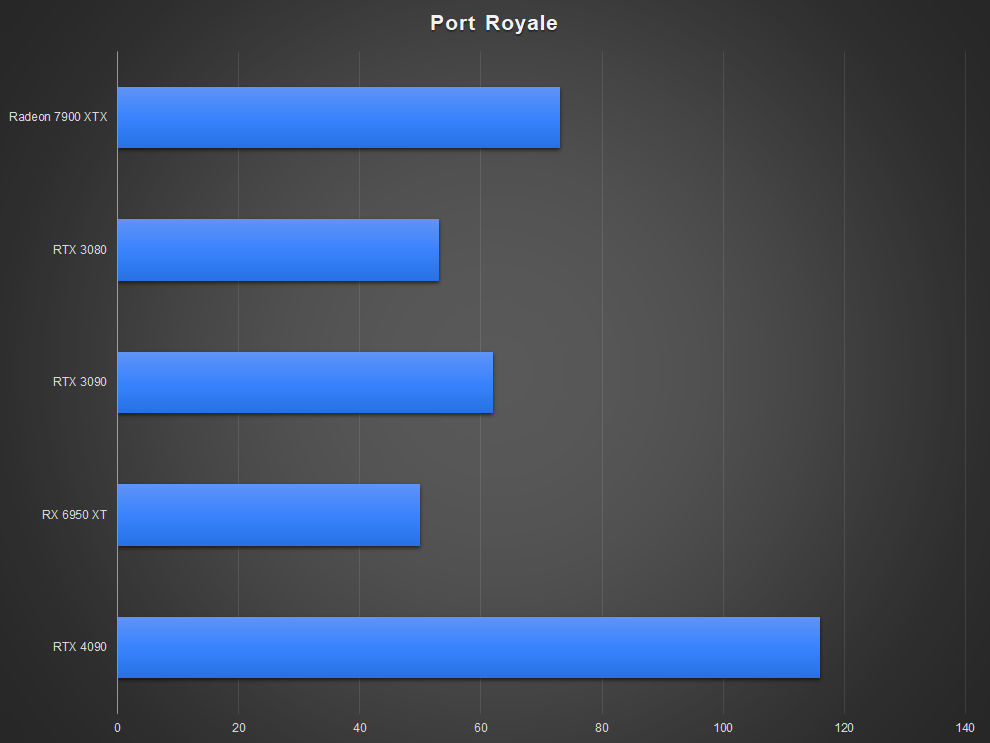 Port Royale in another benchmark from UL Benchmarks which gives a good indication of the ray-tracing performance of the graphics cards. The performance scaling here seems to be quite linear considering that the ray-tracing cores have only increased by a bit. 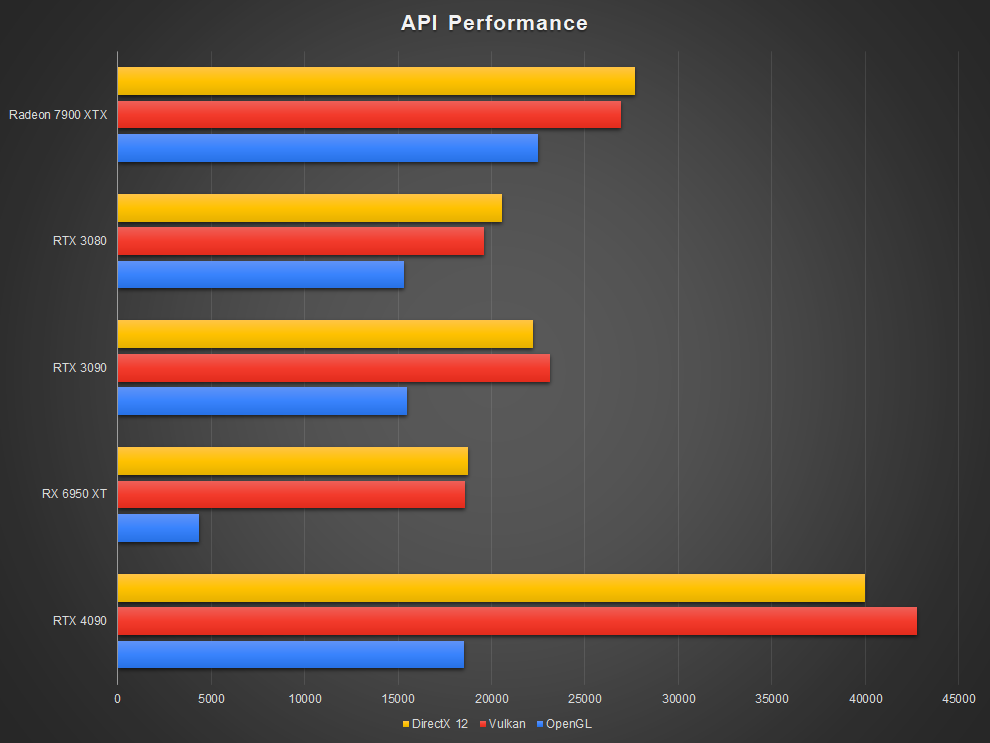 A surprising discovery is that AMD's new RDNA 3 cards are finally performing well across all APIs. OpenGL used to be a strong suit for many years till the shift to RDNA happened and with RDNA 3, Team Red has managed to get back their lead. 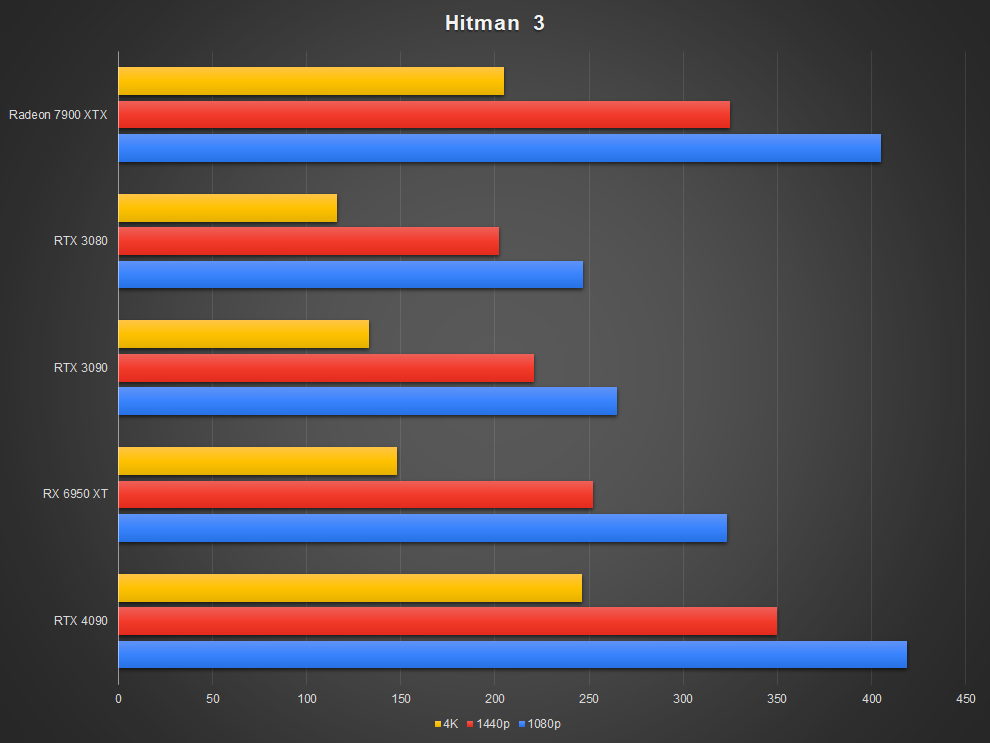 The gaming performance in HITMAN 3 seems to be very good. It's certainly better than the RX 6950XT across all tested resolutions but falls short of the RTX 4090. 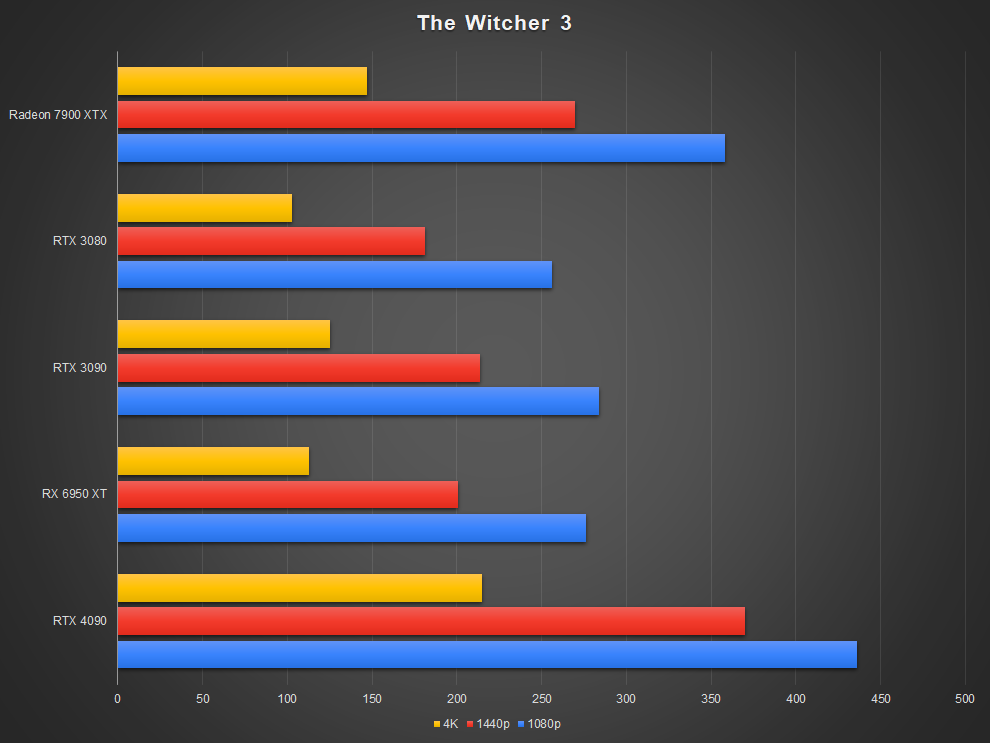 Gaming performance in the Witcher 3 is also quite similar in pattern to what we saw with HITMAN 3, except the lead isn't as great. 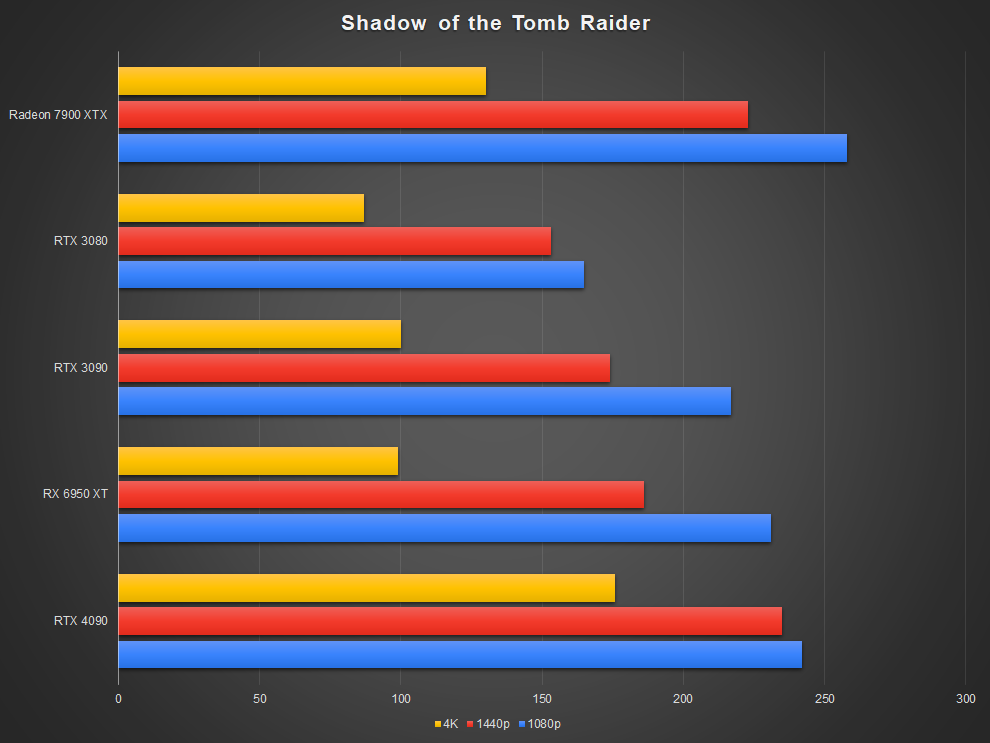 Shadow of the Tomb Raider actually saw a little higher FPS than the RTX 4090 at 1080p which was quite surprising. Everything else seems to scale properly. 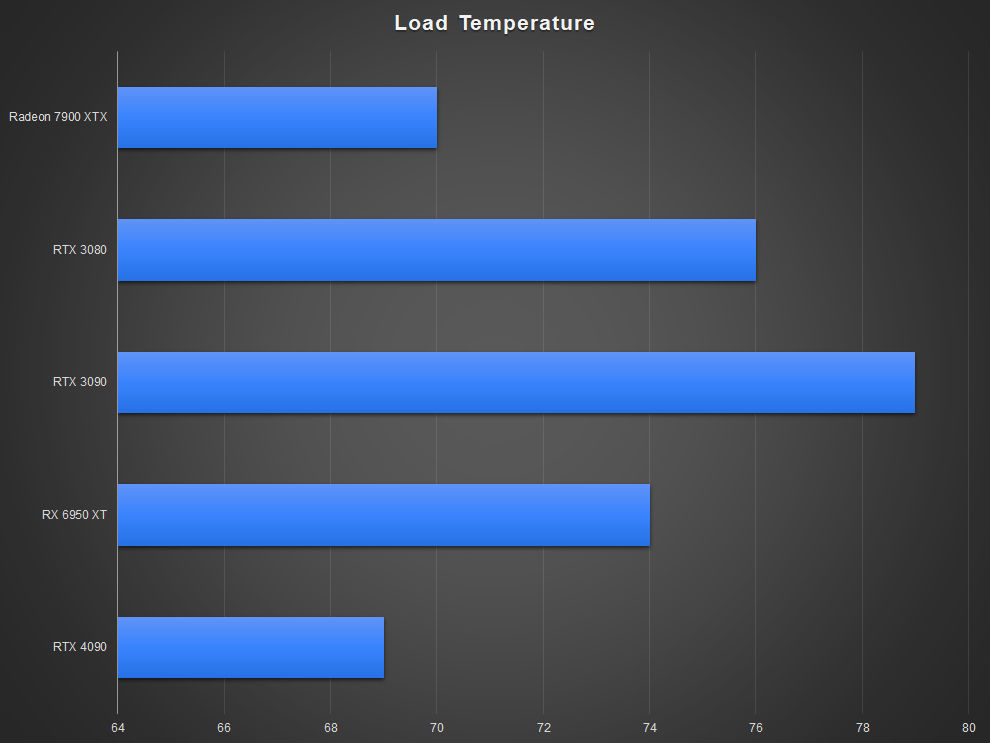 Another surprising figure was the load temperatures. One would expect flagship GPUs to run quite hot but the triple fan assembly on the RX 7900 XTX does a really good job considering that it's not a massive card. 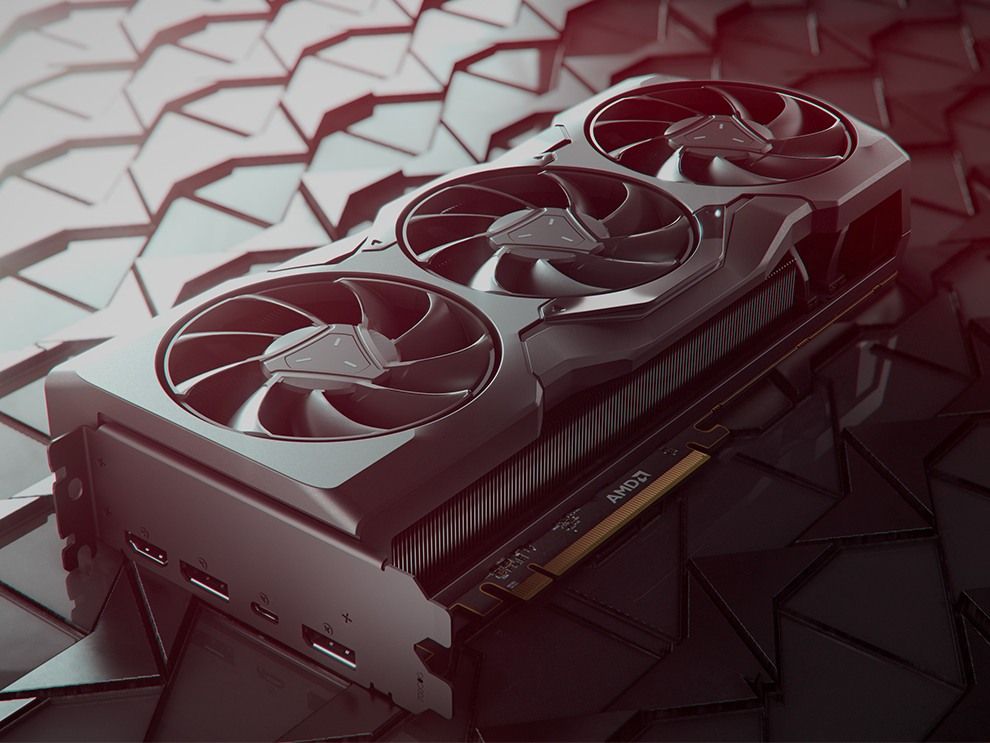 The AMD Radeon RX 7900 XTX was not designed to compete with the likes of the NVIDIA RTX 4090. That's easily seen from the performance numbers as well as the pricing of the cards. One is nearly twice the price of the other. That being said, the AMD Radeon RX 7900 XTX shows a marked improvement in performance over the previous gen AMD graphics cards and is certainly competitive in its tier. Given how AMD has been knocking it out of the park with FSR, the Radeon RX 7900 XTX will make for a great 4K gaming graphics card and it even seems reasonably priced. Also, this card will fit in most computer chassis, just saying.