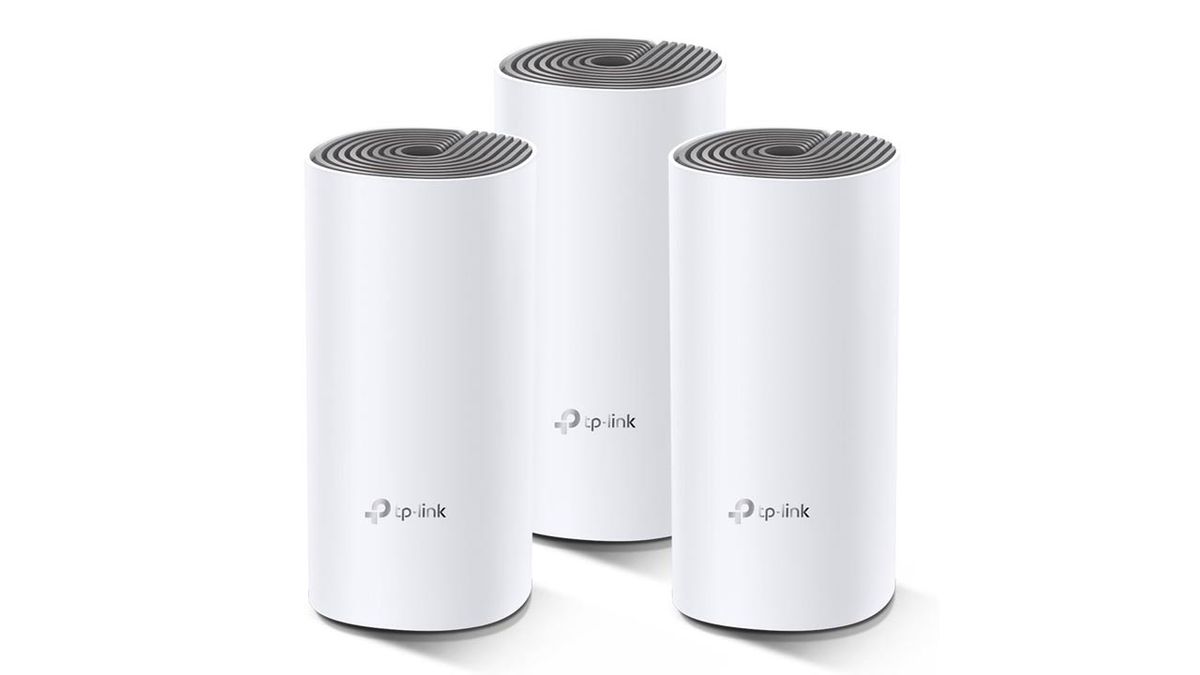 The TP-Link Deco E4 is easily the most economical mesh networks you can get right now. A triple node setup for Rs.8,499 is a sweet deal. The 100 Mbit Ethernet ports is something you’d not want to base your entire home network on if you estimate that there will be multiple 4K video streams active simultaneously. Units such as the AC2200 Deco M9 Plus, Velop AC6600 and Netgear Orbi RBK30 would be better suited. If all you need is to ensure great coverage in your home at the lowest price then you need not look any further.

With broadband Internet now having achieved high penetration in the country and with JioFiber around the corner, folks have started realising that the single access point setup isn’t really cutting it anymore. Not with the umpteen number of wireless devices that each household now has in all corners. Getting that Wi-Fi coverage in the remotest corner (slight exaggeration) of your home has sort of become the minimum expectation for people wanting to set up Wi-Fi in their homes. Unfortunately, doing so required buying one of the top performing models in the market at the moment. These routers aren’t exactly cheap. Mesh Wi-Fi systems or “whole home Wi-Fi systems” as they’re commonly marketed seem to be a better option. These systems come in the form of two or three node packages and they usually cost just as much as a top-of-the-line AC router. Not anymore though. The cheaper units started appearing last year itself. The first of which was the D-Link COVR1203. And now we have the TP-Link E4 triple node system which is even more economical than the COVR1203.

Each node of the TP-Link Deco E4 is quite tall to begin with. We’re looking at about 190 millimeters in height which is in line with some of the Netgear and Linksys units we’ve seen in this segment. The top of the node has an indicator RGB LED which communicates the state of the network. You can easily turn this LED off if the lighting becomes bothersome but we’d leave it on given how discretely they have been positioned.

The rear of the unit has one WAN and one LAN port, both rated for 100 Mbit. And the power socket is situated at the bottom with a little tab included to route the power cable. The overall look is very clean and aesthetically pleasing. It’s quite heavy as well, something unusual for cheap routers. If your ethernet cable is rigid, then the weight will help keep the unit from toppling. There are no physical WPS buttons.

On the inside, we find a single PCB within the node. There are no external antenna and no daughter boards. You can see that by reducing the components within the unit, TP-Link has managed to bring down costs.

An odd thing that we saw was that the massive slab of metal that adds the extra weight wasn’t touching the SoC shielding. Even on the inside of the shielding, we didn’t find any thermal pads on the SoC which is a QCA9561. We tried looking for the datasheet of the SoC to find out what kind of cooling it requires but we couldn’t find anything official. Even the FCC filing has kept the relevant information confidential. The most we can say is that it’s an improved variant of the QCA9531. Seems like an easy opportunity lost. The QCA9561 would be the chip controlling the WLAN1, for WLAN2 we see a QCA9886 which handles the 5 GHz band and has a peak bandwidth of 867 Mbps. For the memory, the Deco E4 uses an ESMT M14D1G1664A which is DDR2 clocked at 400 MHz. Each node has two internal antennae etched onto the PCB.

The Deco E4 competes with the D-Link COVR1203, in terms of the number of nodes made available in the package. The COVR has 3 internal antennae and Gigabit ethernet ports whereas the Deco E4 makes do with 2 internal antennae and 100 Mbit ports. Both units use Qualcomm SoCs for the WLAN and it appears that the E4 has a better combination on paper. When performing bandwidth tests with a PC-node-node-PC configuration, we managed to get around 84 Mbps on the downlink and about 82 Mbps on the uplink when connected on the 2.4 GHz band and on the 5 GHz band we got 557 Mbps on the downlink and 553 Mbps on the uplink. On the LAN front, the 100 Mbps link is lower than most of the competing products we’ve tested. Coverage wise, the triple node setup easily offers more reach than two node setups.