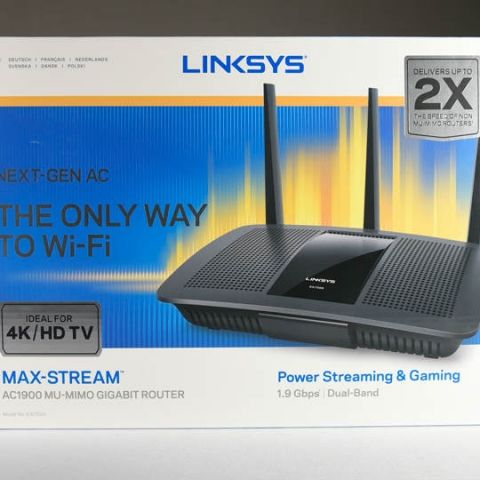 We stand by the fact that this is one of the best built routers we’ve ever come across in this price range, perhaps, only to be beaten by one of the legendary Linksys WRT units. However, if would have been better had Linksys mentioned that this particular SKU isn’t the same that’s sold in first world markets. Using a MediaTek SoC or Qualcomm SoC is a common practice in smartphones but the packaging generally has a mention about the same. In the case of the Linksys EA7500 unit we received, we saw German lettering all over the packaging which led us to believe that this must have been the European version which has the better SoC (link). Since we don’t have the actual European SKU we can’t mention the performance difference but we believe the better SoC should be able to handle a lot more simultaneous connections and manage routing data packets much faster. Despite the MediaTek SoC, the Linksys EA7500 is still one of the best performing AC1900 routers we’ve tested, so in no way should you discount Linksys’s capabilities to pull off a good design. From the competition, you have the NETGEAR R7000, the Tenda AC15, the ASUS AC68U and the TP-LINK C9. We’d say the NETGEAR R7000 is a pretty close competitor in terms of build and the ASUS RT-AC68U performs equally well or even better in certain benchmarks, however, they’re all equally priced.

Linksys is well-known in the networking industry for their extremely well-built devices. There isn’t a networking guy who wouldn’t swear by the infamous WRT54G series. That thing was built like a rock and had a reputation for consistent performance through the passage of time. However, Linksys is also known for their ridiculous pricing, especially in India. Be it online e-commerce stores or your local brick and mortar PC dukaan-wala (shopkeeper), a Linksys product would be out of your budget. So when the Linksys EA7500 came to us for a price tag of Rs.13,499 (Amazon), we were a bit taken aback. The unit generally sold for $179.99-199.99 in the US. Pure conversion itself equals the Indian pricing, and when you consider the taxes, it feels like you are getting a really good deal with this particular router. Since we know that no company in its right mind would do such a thing, we decided to take it apart to figure out the reason for the peculiar pricing.

Packaging
The retail unit of the Linksys EA7500 comes with three detachable antennae, software disk, instruction manual, an Ethernet cable and the power adapter. We like detachable antennae on everything, it gives the end-user more choice of upgrading to a better antenna or using an extension cord. 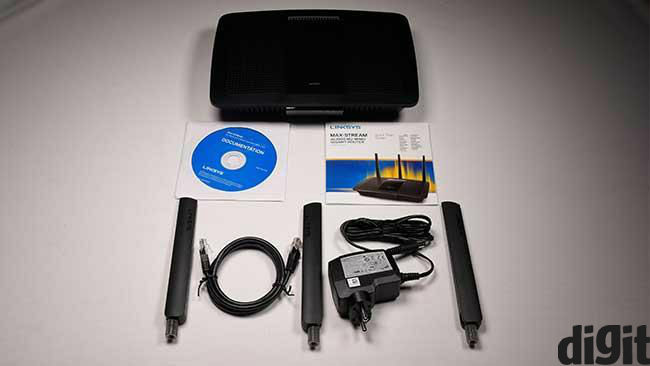 It’s unlikely you’ll need those with a MIMO router such as the Linksys EA7500, but it’s always better to have the option and not use it than to not have it at all. 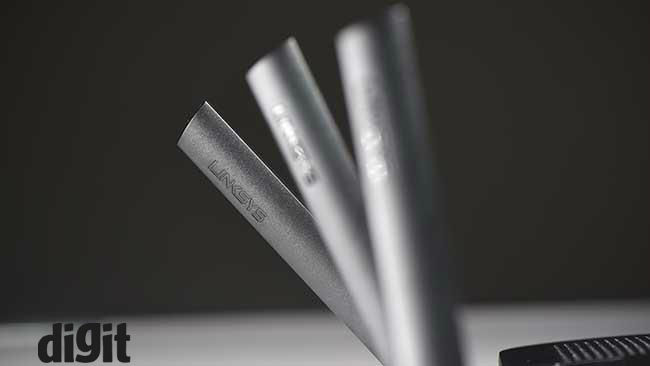 Speaking of the antennae, they aren’t overly heavy and even if they were, the router is a much heavier device. So there’s no worry of the three antennae toppling the device. 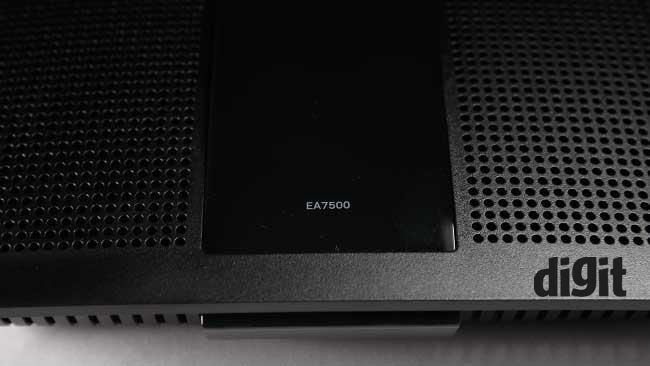 The entirety of the router is populated with either perforations or slits as we can see in the image above. There’s ample amount of cooling and these high gain routers definitely need all the cooling that they can get. The design of the router is very classy which has apparently become a huge factor for folks getting routers these days. Either the router has to be clean so that  it melds with the aesthetics of the room where it’s placed or it has to be inconspicuous. Moreover, the plastic used  for the body is quite thick and durable. Even every single perforation has a little protrusion on the inside onto which all the dust gets collected. Which means, over time you aren’t going to experience dust caking up on the inside. 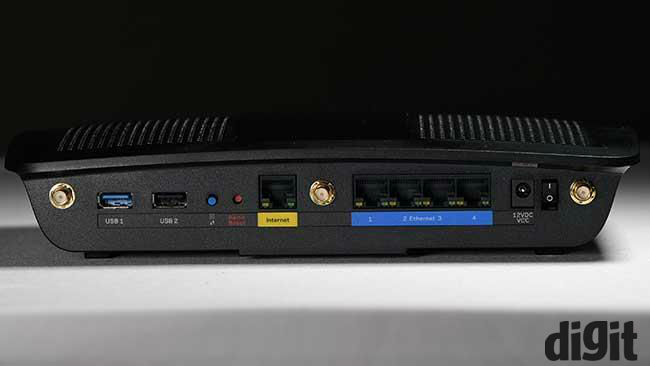 The rear of the router reveals that we have both, a USB 2.0 and a USB 3.0 port. One port is great for attaching a printer and the other can easily be repurposed for a storage dump / media server. Then there are the antennae connectors which are all gold plated. And lastly, the WPS button is quite easily accessed while the reset button is a bit recessed to avoid accidental resets. We have no complaints here. Overall, the external build of the Linksys EA7500 gives us little reason to complain. We could nitpick and say that the glossy panel on the top is a fingerprint magnet but that’s a very subjective concern. Let’s take a peak on the inside.

Build quality
The two halves of the router weren’t easy to pry apart, while they’re held together by just four screws, the plastic tabs sure put up quite a fight. Once opened, we could see why Linksys is known for their build quality. 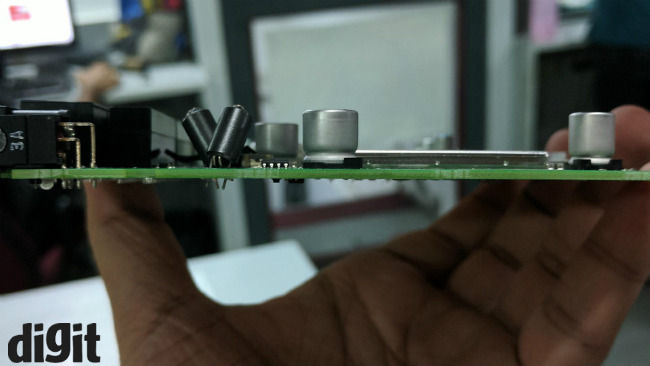 To start off, the PCB is by no means thin. And each band along with the main SoC is sectioned off with ample space between them to reduce interference. You can easily identify them by the metal EMI shielding placed on them as shown below. 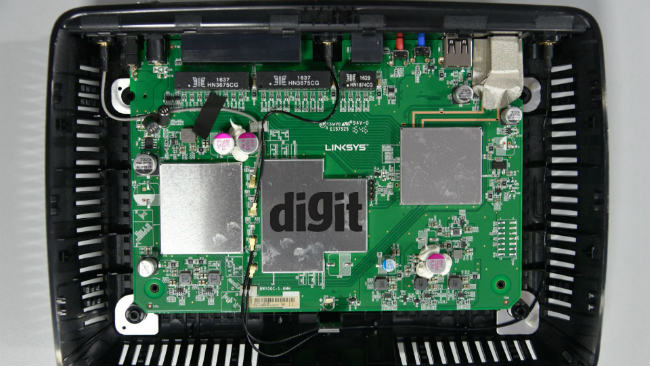 Upon pulling the shields off, we can see the individual SoCs. The Linksys EA7500 makes use of a MediaTek IPQ8064 Dual-core processor which hosts a 880 MHz MIPS CPU, a 5-port Ethernet switch and handles the other two SoCs which control the individual bands. The good thing about the MT7621AT is that it supports OpenWrt which makes the Linksys EA7500 all the more appealing to the enthusiast circuit. 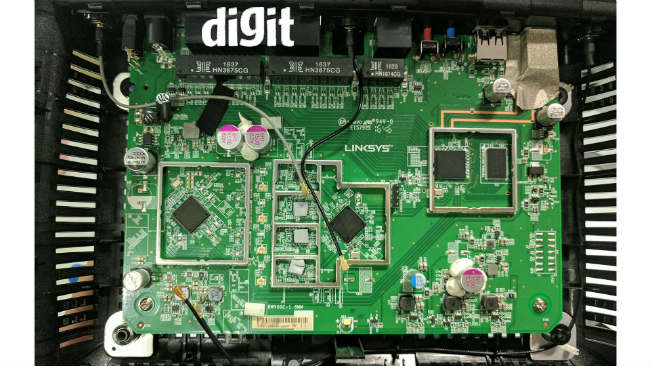 On the extreme left you have the first MT7615N and then in the centre lies the other MT7615N thus divvying up the two bands between them. If for whatever reason you wish to figure out which connector is handling which band then take a look at the WLAN amplifiers that they are connected to. In the above image, the 4 small squares inside the metal frame in the centre are the amps. And the 5 GHz bands can be identified by the SKY85728-11 low-noise amplifiers. There are 4x miniature RF connectors between the two SoCs. So, the EA7500 has, in fact, 4x antennae, 3 of which are external and the 4th one is internal that’s placed front and centre. Lastly, you can see the MT7621N/A in the top right corner along with a 2GB NAND memory (NT5CC128M16IP-DI) rated for 1600 Mbps. 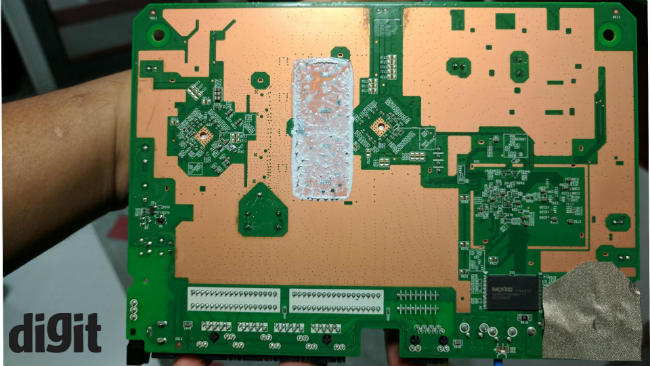 On the underside of the PCB we see a (MX30LF1G18AC) 1 GB NAND memory which is linked to the first MT7615N that we saw earlier. Aside from that we see a massive ground plane that also acts as a heatsink. And right underneath the amplifiers that we pointed out is where the PCB makes contact with an equally large aluminium heatsink. The amps generate the most amount of heat and based on the variable gain, the temperature can go up quite a bit. Needless to say, we’re quite impressed with the overall design of the inside. 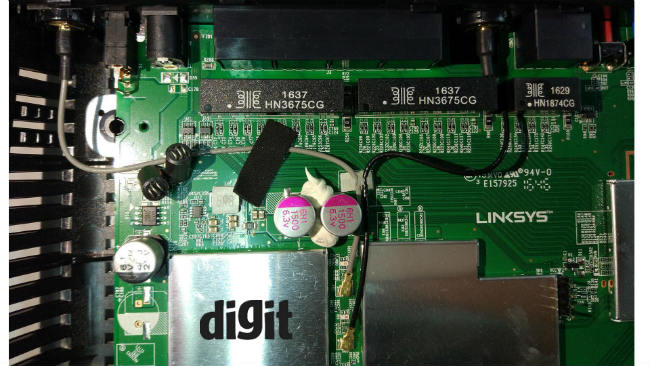 However, there are instances like the one pointed here, where the filter caps are electrolytic. We honestly feel that having a couple of tantalum caps in parallel would have been much better here since we face a lot of electricity spikes in India. And having electrolytic caps just begs for the first point of failure. Then again, if you have access to a soldering iron, replacing these electrolytic caps are way easier than replacing tantalum SMD caps.

Why the Indian EA7500 is cheaper than the European / US EA7500
It turns out that the European and US SKUs of the Linksys EA7500 are built around the Qualcomm (Atheros) IPQ8064 as the main SoC along with Winbond NAND memory. The WLAN chips are again, Qualcomm QCA9982 and QCA9983. To put things into perspective, you can think of budget smartphones. Rarely do they come with Qualcomm Snapdragon SoCs and instead pack MediaTek SoCs which are way cheaper and get the job done. In a similar fashion, even the EA7500 makes use of the more economical MediaTek MT7621AT. 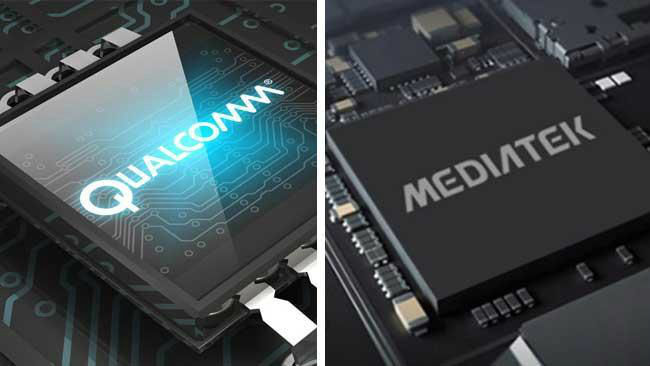 It should be noted that the MediaTek SoC houses a dual-core CPU while the Qualcomm IPQ8064 houses a quad-core CPU and can go all the way up to 1.4 GHz. The network plane itself is handled by two cores and the other two cores handle the control plane. There’s a clear performance difference between the two SoCs from the spec sheet itself. Unfortunately, since we don’t have the International SKU, we can’t determine the real-world performance difference. Regardless, Linksys has saved a considerable amount on the SoC which is why it can sell the EA7500 in India for prices that are compatible with their own International SKUs.

Performance
Let’s start with the USB ports for the storage. We were able to obtain about 68 MBps on the USB 3.0 port for read operations and 89 MBps for write operations. For routing via WLAN-LAN, we managed to get an average of 693 Mbps and near about the same while performing a LAN-LAN transfer. 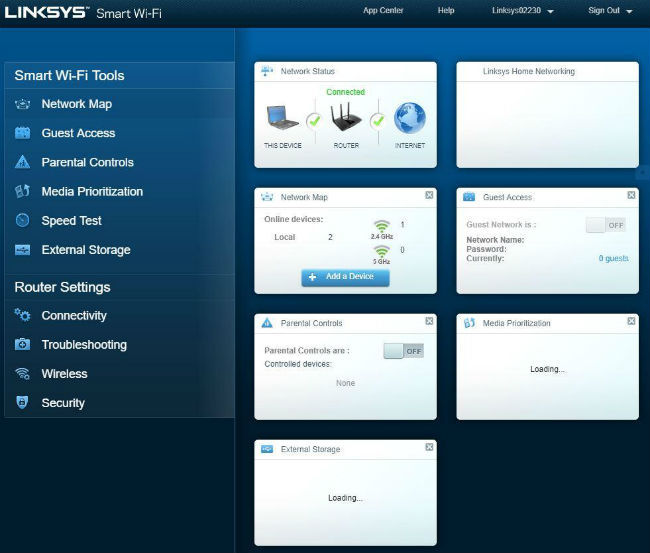 The UI is quite snappy and hardly falters. However, the lack of URL filtering in the web UI was a bit weird for a router this expensive. It’s certainly not hard to get past URL filters in this day and age where all the major sites use HTTPS, but it certainly helps add a first layer of URL blocking for parents. 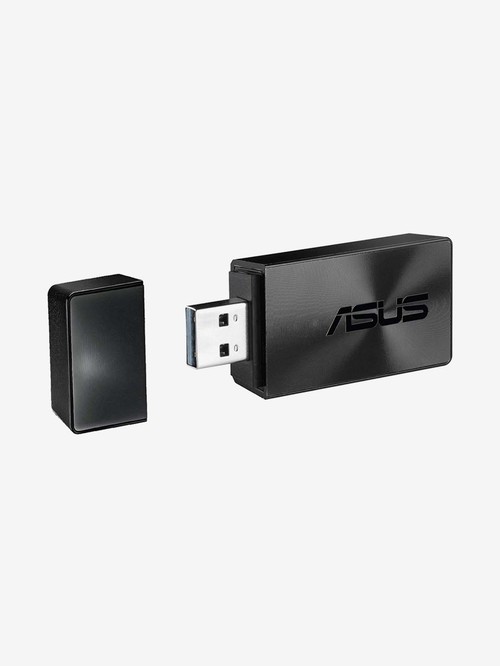 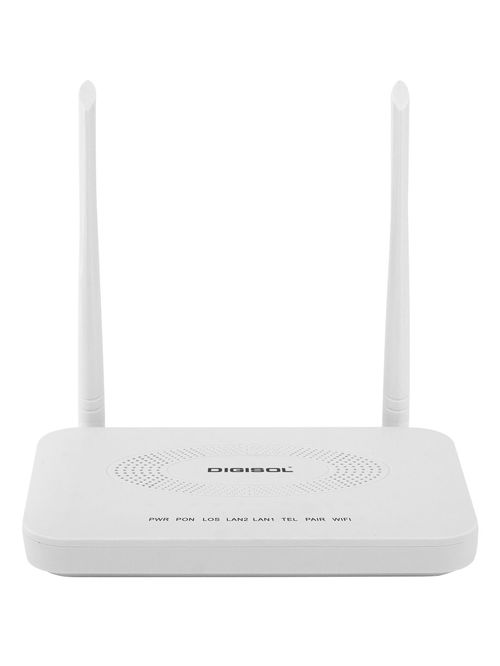 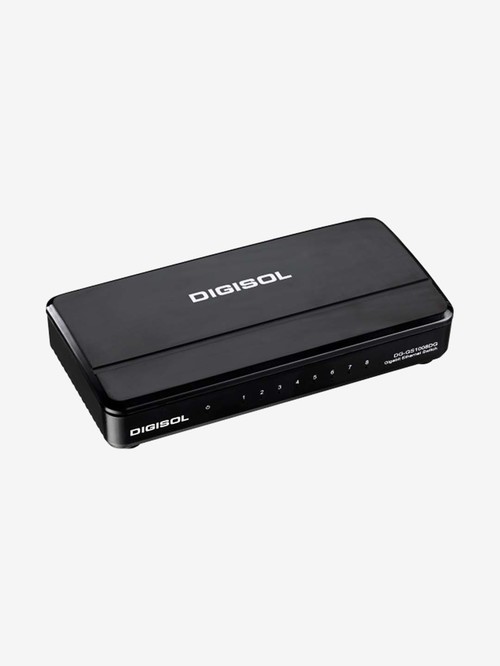 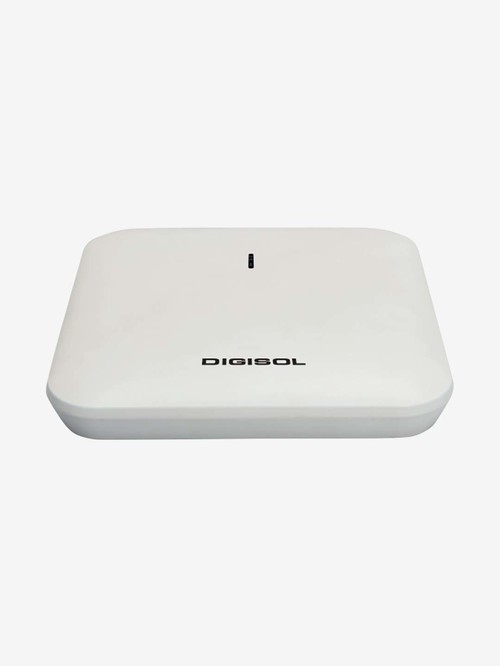