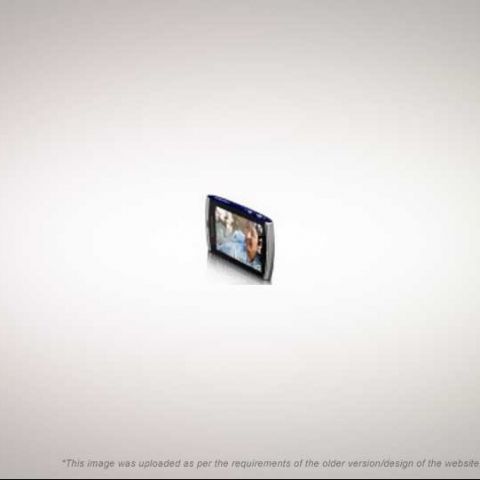 Sony has often used its Cyber-shot prowess to deliver some incredible camera phones that have led the pack with the sheer power of megapixels crammed into sleek form factors. The Sony Ericsson Vivaz is targeted towards multimedia fanatics and truly holds an edge with an 8.1MP camera lens and a wide 3.2-inch screen. It can record 720p with continuous autofocus. This power consuming task is possible with its impressive specs, that include a 720MHz Cortex A8 and a PowerVR GPU. 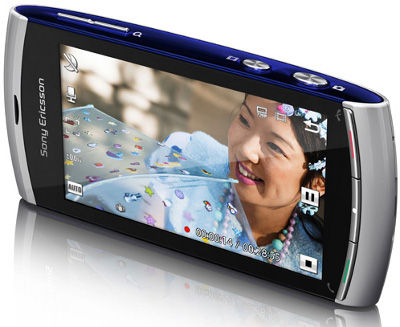 The phone is sleek and promises an eye-candy treat, and is available in dazzling cosmic avatars like: Silver Moon, Cosmic Black, Galaxy Blue, and Venus Ruby. The unique rounded rectangular body fits the contour of the hand, and follows Sony Ericsson’s Human Curvature design philosophy. The back panel has a metallic coat with a hard plastic feel but is not flimsy. The power button on the top (that doubles as screen-lock toggle), the three function buttons (select, call answer and call cancel) placed below the screen, and the volume controls on the side, are all thin but easy on the fingers and tactile. We also like the two dedicated buttons on the side, for Video and Photo mode. The screen is a sharp 640 x 360 with high dpi of 229 which also plays 720p HD video. With such high specifications, it aptly packs a punch in the camera segment. Although, it failed miserably in other departments.

Although the crisp and sharp screen draws your attention at first sight, it should have been spared the unresponsive touch it's been crammed with. Surely, a better interface or even better, a capacitive touch screen wouldn't have hurt. A bundled stylus serves as a saving grace for the screen.

The Vivaz runs a Symbian™ S60 5th Edition operating system. Navigating across the phone can be confusing at first, due to the presence of widgets on the homescreen. But the ease of operation of the Symbian OS soon takes over. The bundled apps are nice as with most SE phones. These include Twitter (with a homescreen widget) YouTube, Rally Master (simple accelerometer-based car-racing game), SSX 3 (accelerometer-based snowboarding game), WorldMate (travel planner), GTalk, Google Maps (without multitouch, of course), TrackID (song identifier) and Facebook. But we detest the point and click interface of the OS, where you accomplish tasks through two presses, one to highlight and other to select.

The phone also has a dedicated download store called PlayNow, and it is a letdown. The first few options from the top read: Latest Bollywood Movies, Beauty Models, Bollywood New Arrivals and Hollywood Celebrities. There isn't an option called 'Applications'! The 'Games' link at the bottom corner leads to a blank page. It’s like those cheap telecom WAP portals. The saving grace is probably that compatible Symbian software can be downloaded from the net. The browsing experience is poor owing to the resistive screen and occasional crashing of the browser due to low memory, restricting operation to lowly WAP sites. Equally disappointing are the bundled headphones, which had miserable audio output, and didn’t even ship with foam covering!

We agree that the Vivaz truly holds its own in the photo/video capture segment rendering high-definition video at consistent frame rates with an enviable colour clarity and crispness. It is to be noted that it has been advertised for its capabilities as a HD movie playback and recording phone, and it unnervingly lives up to these expectations. Hence the Vivaz was unanimously picked as the Best Camera Phone in the High-end Smartphones category including LG GC 900 Viewty Smart, Sony Ericsson W995, Sony Ericsson Aino, Nokia N97 Mini, Samsung B7610 Omnia Pro, Samsung I8000 Omnia II. We fail to understand how a device that boasts of hardware specs similar to the Apple iPhone 3GS or the same processor as the Motorola Milestone have such ordinary performance. We wouldn't have bothered if the gimmick of multimedia touchscreen was avoided and the phone released with a keypad. We would have appreciated it just as a sleek & trendy snapper that makes calls. The Xperia X10, another full touchscreen and 8MP camera from Sony Ericsson, is comparable in terms of features, marginally more expensive, but provides a snazzier Timescape-inspired Android 1.6 OS.