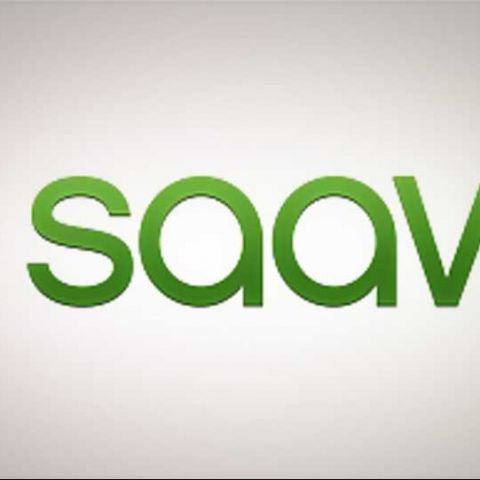 Much on the lines of the popular music streaming websites available in India, Saavn also has the focus on the popular Hindi music and the Bollywood soundtracks. And for that, it does a very good job. Easy access via the web browser on the PC, or the customary smartphone apps for most platforms. The very good quality of streaming makes this a good option for those who hook up the iPod or the phone to a proper speaker system.

There is no shortage of music streaming websites, particularly if you need your daily music fix. Even better if there are apps for the same available on your smartphone. We had checked out the popular Gaana.com service recently, and now we have another alternative – Saavn.com. Both services, working on the same lines, offer largely similar set of services. So, which one to pick? We believe it is too close to call. And which you select and use more often will depend on which one you can get the hang of better – familiarity, more like it.

Accessibility
Getting to Saavn is fairly simple. Point the web browser to www.saavn.com and you are good to go. This works on the desktop as well as on the mobile phones. Otherwise, there are the apps for Android and Apple iOS in case you are using one of them smartphones. While Gaana has an app for the Blackberry OS 7 and earlier platforms as well as the new BB10 operating system, Saavn seems to avoid the platform completely. The good thing though is that the Java app makes this service available on almost all feature phones. 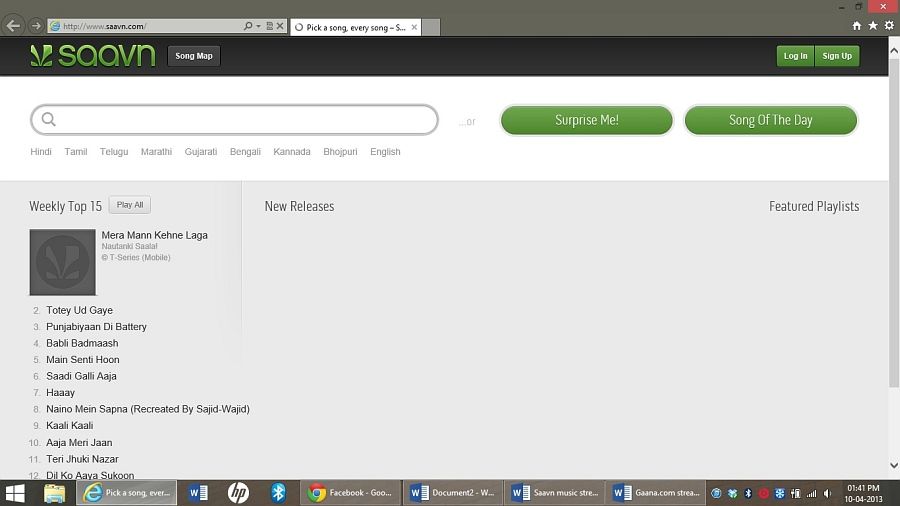 Users can start using the service and immediately get down to playing back whatever they want to listen, from the library. There is the optional sign-up feature that allows social network sharing – on Facebook and Twitter later, and the ability to make customized playlists. However, this is optional, and in case you are casually listening to music or aren’t going to bother with playlists, this step can be avoided. Must give full marks to Saavn for not prodding you in the direction of signing up every few minutes, like a lot of other services do. The same fundamentals apply on the mobile apps as well.

You can sign up for the pro version as well, and for Rs 200 odd a month, the advertising is removed from the music playback.

Interface
Saavn has a rather dynamic interface. At first, when you log on to the service via the web browser, you see a whole lot of album covers, in accordance with the language of your preference, which sit and can be changed immediately, just under the search bar. Click on any album or song and add it to the playlist, and the look changes. Now, on the left sits the song queue, vertically – Saavn calls this the Music Drawer. Horizontally, at the base, are the playback controls, the timeline and options like shuffle, repeat and a couple of features for signed in users – send as ringtone to phone and share on Facebook or Twitter. 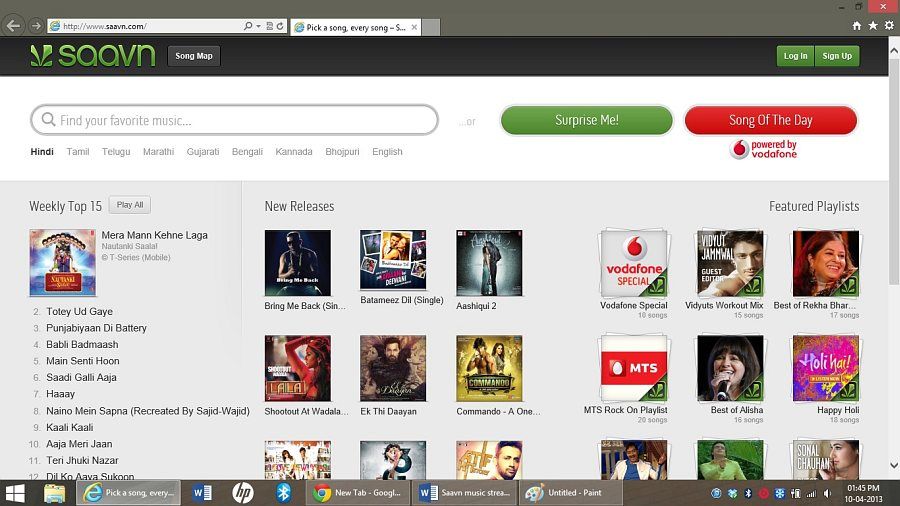 The slightly darker theme than Gaana makes this look a tad better as well. Fonts are bigger and readability is more comfortable.

If you don’t have any ad-blocker active on the web browser, there will be advertising that will be a part of the overall package – what you see on the screen. Good thing is that the playlist and the playback controls remain static elements, while the rest of the page scrolls. 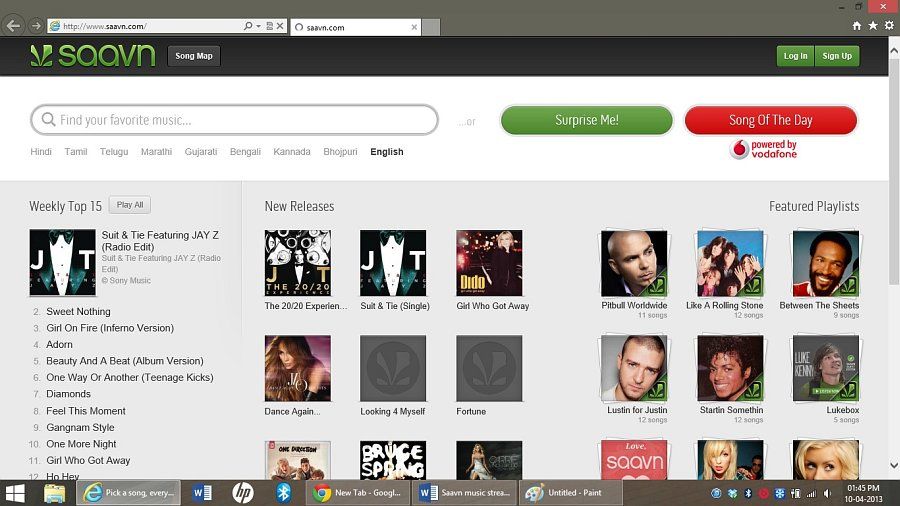 On the smartphone app, the interface is very clean. The green colour theme again highlights the overall look. On the top is the scrolling list of high priority albums with their customized graphics. Below that, the weekly Top 15 listing gets priority, something that is hidden away in the Browse tab on the web browser version.

Performance
Despite living in the year 2013, none of us can really claim to have excellent broadband connections. That is something beyond the controls of streaming services, and also hampering their growth, popularity and usability. What we really like with Saavn is that it has taken a stance in terms of the quality of streaming it offers. To the ear, the same songs sound better on Saavn than on Gaana. A very minor difference, but the bitrate difference is clearly audible. Particularly if you are using good quality headphones to compare. This will be a much better bet if you will be hooking up your iPod or iPhone to a powerful dock or a speaker setup. 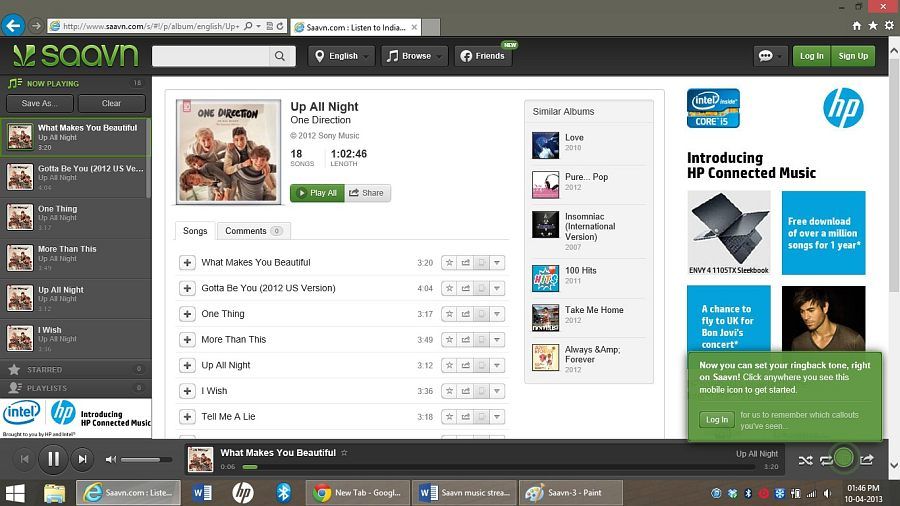 But that does have a drawback, and even a slightly iffy connection will introduce stutters and the good old buffering into the mix. And that is a compromise that you will have to deal with for the slightly better audio quality. Via the mobile app, both services have the exact same audio quality. Still, we would recommend not going overboard with streaming on your 3G data plan.

What is extremely annoying about Saavn is the sprinkling of advertisements during playback. It usually happens between two tracks on your playlist, and can be very annoying. We have no problem with advertising on the website, but this is intrusive. 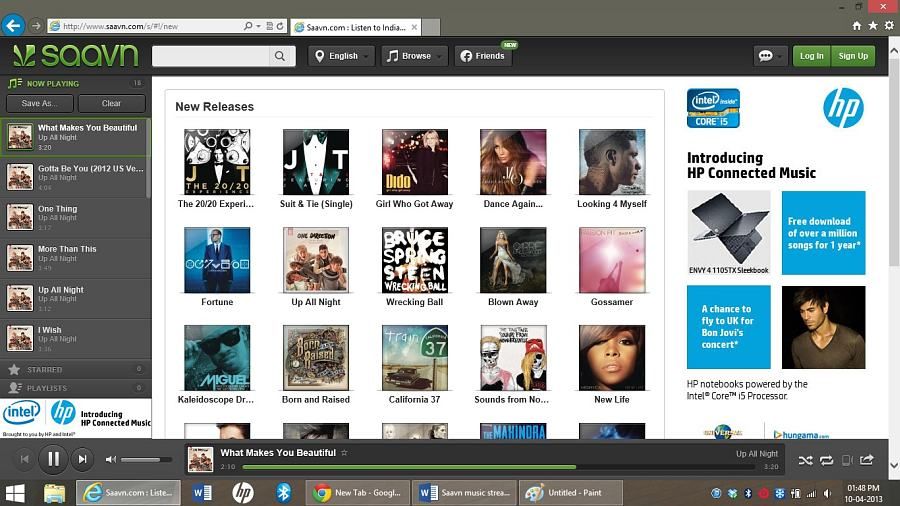 Hindi and Bollywood library is brilliant, with all the latest releases and a lot of older tracks available. English music variety is definitely better Gaana.com, with the latest and quite a few older songs and albums available. What we like is the simplicity of it all – Hindi, English, Telugu, Bengali etc. as the genres, with no complication of sub genres and getting lost in them all.

Bottom Line
Well, there really is no reason to not recommend Saavn. It is a free service, with apps available for most smartphone platforms and feature phones as well. Very good quality of tracks being streamed, but that does mean you need a consistent broadband connection for the best results. Simpler categorization of songs and richer genres than Gaana.com make this a slightly better option. 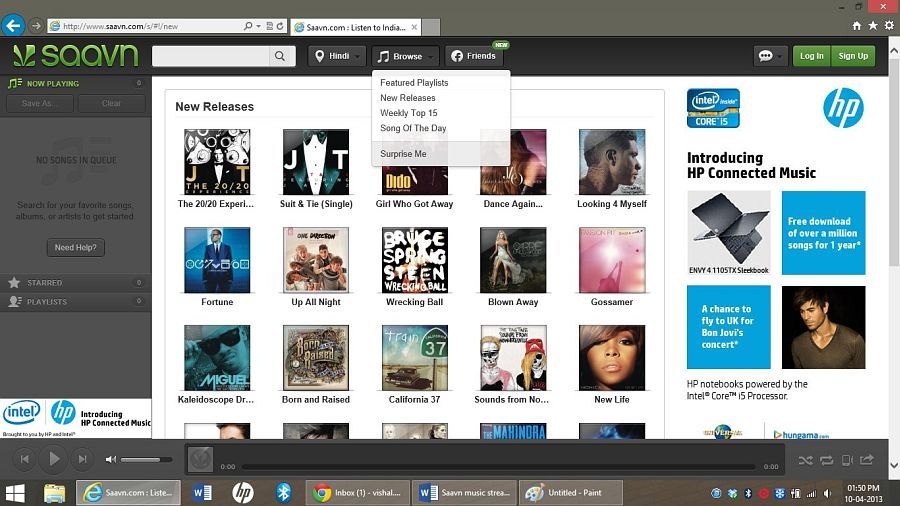