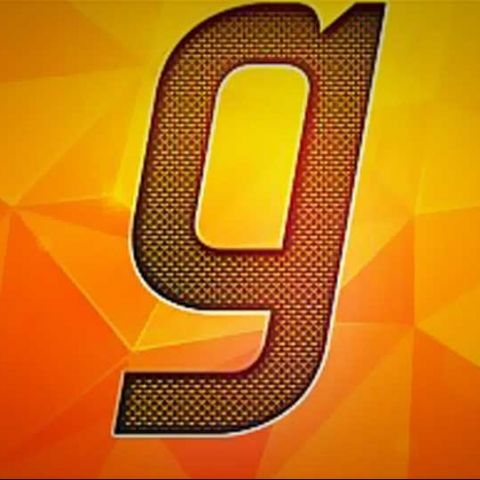 Well, we cannot not recommend Gaana.com! Buying every music album is not possible. And neither is it cinch to be able to keep a track of the latest album releases. That is where Gaana.com comes into the picture. As far as Bollywood music is concerned, all the latest stuff is there. The English music section is improving fairly well, but certain sub-genres still need work. A service that you must bookmark on the PC browser and an app you must download on the phone. If nothing else, it can be your source for checking out which albums are worth buying.

We have often praised music streaming websites, for certain reasons. First is the convenience bit that they offer. Not everyone can buy all the latest albums, happen to cram them all into the iPod or that poor memory card put into the phone. Secondly, it is a boon for those dedicated souls who prefer to not download albums from all those deceitful websites doing rounds on the Internet, and use this as the perfect way of sampling music before buying. There numerous music streaming websites that are available, and Gaana.com is one of them.

Accessibility
Getting to Gaana.com is a fairly simple exercise. Get to the web browser and point it to www.gaana.com and you are good to go. The finicky ones can download the Gaana app available for iPhones, Android devices and BlackBerry. The only issue we have with the BlackBerry version of the app (we tested this on the BB10 platform) is that the app demands access to the BlackBerry PIN, something that we are not ready to share. We are not sure why Gaana.com needs our PIN to make the app work. This is nothing short of a privacy bungle.

For the PC, you do not need to install any client or software – and it worked seamlessly for us on Chrome, Firefox and Internet Explorer. Being mere mortals, we did not have a MacBook (and Safari) to flaunt it on!

Users can get to the service and immediately get down to playing back whatever they want to listen, from the library. There is the optional sign-up feature that allows social network sharing later, and the ability to make customized playlists, but happily, this isn’t compulsory for the casual listeners. The same fundamentals apply on the mobile apps as well.

On the web browser, the extra real estate allows for better implementation of features. Unlike some websites, including our own, that limit themselves to a particular maximum resolution and show blank bars on the sides, Gaana.com took up all the browser real estate available on the 1366 x 768 pixel display. You get a lot of info on one screen, but nicely spaced out for a clutter free look. On the left are the tabs for new releases, popular songs, playlists, genres, artists, and instant access to see what is now playing and what is cued for playing next. On the lower part is the playback timeline, volume control, the playback controls and social network integration. The current playlist lineup shows up here as blocks, which are added when you tap on a song. To remove, click the “X” on each song box in the line-up. On the home page, the horizontal placement of covers of the latest added albums is neat, but they could have been a bit bigger for a better visual impact.

In the Gaana mobile app, the home screen tries to have the most interesting features on the very first screen. The theme of the album covers stacked horizontally carries on from the desktop version, with two tabs below it – Top Playlists and Top Songs. The side bar menu opens up on demand, and has detailed options like Discover, playlists and even history, in case you have signed up for a Gaana account.

Overall, while both versions of the Gaana.com service have a workable design, there is a distinct lack of visual appeal. The theme used seems a tad too watered down, and does not have the recall value of a Grooveshark, for example. A bit of a refresh would take care of that, but at the moment, we cannot really hold that against Gaana, simply because it is still very much workable.

Performance
The only real thing that is critical with a music streaming service is the quality of what is sent across the Internet into the speakers on your laptop, phones or the headphones. In the case of Gaana, the quality is quite good. We had a surprisingly iffy connection during one of the days when we were testing the service, and yet while iTunes failed to stream the music from the Cloud, Gaana did hold connection better and playback was largely stutter free.

Equally, we did encounter a couple of instances when, despite a stable connection, the Gaana.com streaming would stutter and eventually come to a complete stop once the song finishes. In that case, we had to refresh the tab, and reload the Now Playing list to get it going again.

When using the smartphone application, we experienced much more stable playback performance. While we would not recommend using it on 3G, the playback quality was still rather good. On Wi-Fi, depending on the connection, the streaming was seamless. We hooked up the phone to the 5.1 channel speaker setup, and the quality was almost as good as playing back from a slightly compressed MP3 track. That’s quite agreeable, considering most people need it to work well on sluggish internet connections.

The Hindi music collection is rather impressive. All the latest soundtrack releases are on board, but even more impressive is the collection of older songs. While that same love isn’t yet extended to the less popular categories, particularly for the English music categories, we must note that quite a few of the latest pop, rock and R&B albums are available on the platform. However, over a period of time, that issue should be solved, at least if albums keep getting added regularly.

Bottom Line
Well, we cannot not recommend Gaana.com! It is a free service, with apps available for almost all the popular smartphone platforms. Do give it a try, because the results are impressive. Just do not get too carried away and start streaming off 3G!