AudialsOne: One app to record them all Review 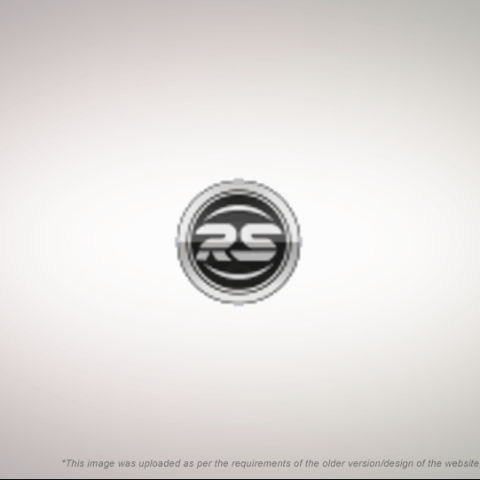 AudialsOne: One app to record them all detailed review

If there is a multimedia stream your computer can play, AudialsOne can record it!

The internet is filled with a plethora of multimedia content, most of which can unfortunately only be viewed online. However while the sites make money from their ads every time you visit, you waste bandwidth ever time you need to see it; as the same content is downloaded again and again. In India especially, this can be quite a nuisance.

This is where AudialsOne comes in. The application comes with a suite of tools to extract any and every kind of audio or video strream that is playing on your computer, and has mechanisms to counter nearly any kind of trick which might prevent you from downloading video.

Websites such as YouTube and DailyMotion come easy, however AudialsOne can counter even protected content as is available on online stores. While this might seem illegal, AudialsOne clarifies its position by classifying itself as a new-age VCR / DVR, since it only allows you to record content you have legal access to anyway.

The application will go to any lengths to record the audio or video stream. Once you turn on its recording audio and video from websites, it automatically discovers, and optionally downloads any video that you encounter while surfing the web. If the stream itself is encrypted, and AudialsOne finds no way around it, it can even capture the screen itself to get the video you are looking for! In which case, the software lets you select the part of the screen where the video is playing and it will capture the video for you.

The app comes with a rather unnecessarily glossy interface, which is quite irritating since the application performs so well otherwise. While the dark interface might seem appealing to some, it is just a distraction from its functionality and a pain to use on an LCD screen. Luckily it comes with a lighter white-base theme as well (which is  used for the shots in the article). Another annoying point about the application is its rather long install time, however considering its breadth of features, and the number of drivers it needs to install in order to accomplish what it does, it is a rather small sacrifice.

The application interface is divided into two parts; on the left you have the main interface which allows you to discover, record, and convert content, and on the right you have a media player for playing back your files. Both halves can be collapsed to show only the part of the interface relevant to your work.

The main recording interface is divided by functionality into tabs for Radio, Search, Wishlist, Web, Podcast, and Converter.

The Radio functionality, as its name suggests, is for listening to and recording from online radio stations. You merely need to select a genre or a wishlist (more about that later), click on Start Recording, and AudialsOne will tune in to multiple Radio stations which play the selected genre of music and start recording. It can be set to automatically cut the songs when one gets over and another begins, and when you're done, you have a fresh new audio file ready with tags and even lyrics!

Once downloaded, audio files will be converted to a format of your choice, either based on the collection of templates it has for most media players, or based on your customized settings. It can record to any of MP4-AAC, MP3, WMA or OGG-Vorbis.

You can limit the bandwidth or the number of parallel downloads allotted to the application to ensure that you can still continue browsing, or you can just limit the maximum number of tracks / time / data limit for the job.

The function works quite well, and once you start recording you will be pleasantly surprised to find yourself with a fast growing collection of music in your library in just a few hours.

The second tab offers search functionality, which searches the social networks on the internet for music and videos by an artist. Following the search, you can start downloading the audio and videos by simply double-clicking them, or by selecting them and clicking on Record. 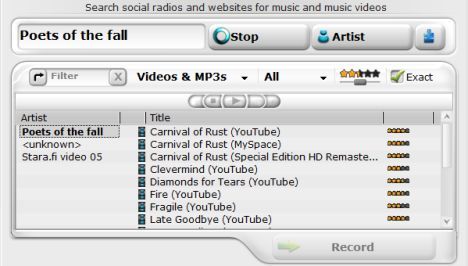 Wishlists allow you to create a list of artists whose songs you want, and then you can use this custom list in the Radio section, so that only songs by those artists will be downloaded. This is much like listening in on the radio and pressing the Record button when you hear a song by an artist you like. 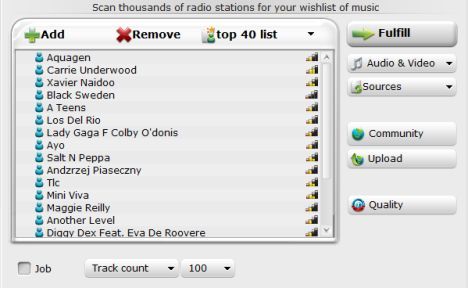 Now we come to the Web tab. Here, by selecting "Record audio and video from websites" you can have AudialsOne automatically pick up any multimedia feeds and add them to its list for download. You can then start the recording process, or chose to have all detected audio / video feeds automatically downloaded. 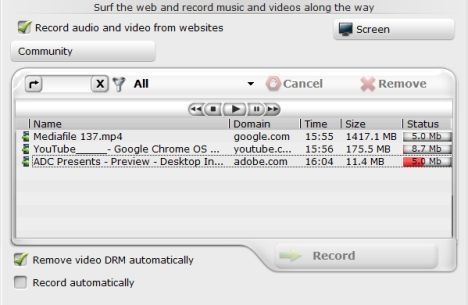 It also comes with a screen recording feature for those pesky files which come in an encrypted stream making them impossible to download directly.

Next is Podcasts tab which allows you to chose from the thousands of podcasts available online. It comes with a list of popular podcasts, however you can import your own OPML list or add an RSS feed yourself. While this functionality is available in many feed readers out there, it just makes the application a bit more comprehensive. Finally we come to the converter component. While the application seems to use ffmpeg for its conversion, it offers quite a simple interface for converting your media files. You can use one of the ready-made device templates, or use drop-down menus for more fine-grained control. 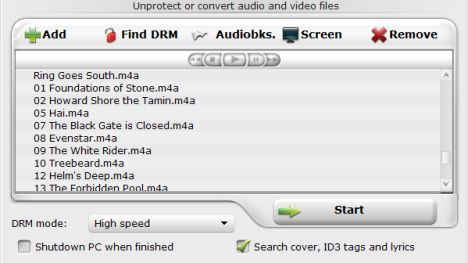 The converter allows you to select any media file for conversion, and not just the ones downloaded with AudialsOne. With this you can convert any existing media files to a format which your PMP can play-back. You can even free your DRM'd files using this converter and convert them to an open format.

An exciting functionality that AudialsOne provides is that of a virtual CD-Writer driver. Much like your virtual CD disk drives which emulate CD drive hardware, and allow you to mount disc images, this drive will emulate a CD Writer, thus allowing any music player which can record to discs to record music to the virtual drive. The music will then be intercepted by the application, and recorded into a DRM-free format.

Besides its media recording, AudialsOne also has some media management features, and can work with your existing music library. Besides removing DRM and converting files, it can also download tag information from the internet, allowing you to tag your existing or downloaded files with artist and song meta data, and even the lyrics. You an also reorganize your music files much like you can with iTunes.

AudialsOne is certainly an impressive solution for media recording, conversion and organization. At its price of $60 (approximately Rs. 3,000) it is quite affordable as well, if this is what you are looking for. If you only require some of the functionality, RapidSolutions also has a number of other applications which offer a subset of AudialsOne's functionality. It also has a freeware version which comes with time / use limited demo of the full version and then works with reduced functionality.

This Friday we will be giving away free codes for AudialsOne on Twitter and Facebook! Be there and participate for an opportunity to win this incredible application.

AudialsOne: One app to record them all Key Specs, Price and Launch Date

AudialsOne: One app to record them all

AudialsOne: One app to record them all