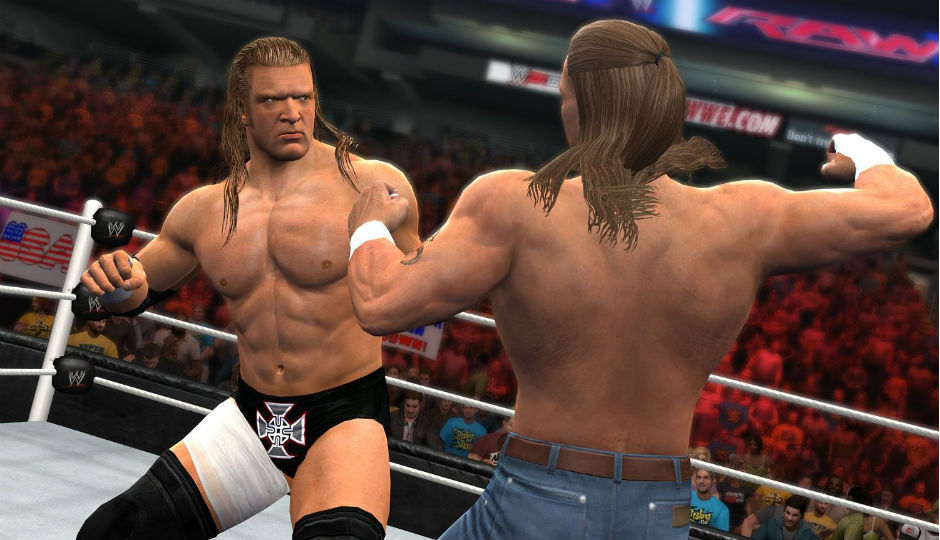 WWE 2K15 promised to be a very good game, but turned out to be much less. The roster is much smaller than its predecessor and graphics are not good on the Xbox 360. If you have the older generation console, then WWE 2K14 is a better game to buy.

Since WWE decided to completely screw up the scripting for the Undertaker vs Brock Lesnar match in Wrestlemania, my only interaction with the wrestling world has been through the games. Ok, not true. I still know exactly what is happening in WWE, but I care less than I did before. So, with this being the first WWE game after that match, my expectations (and wants) were high. 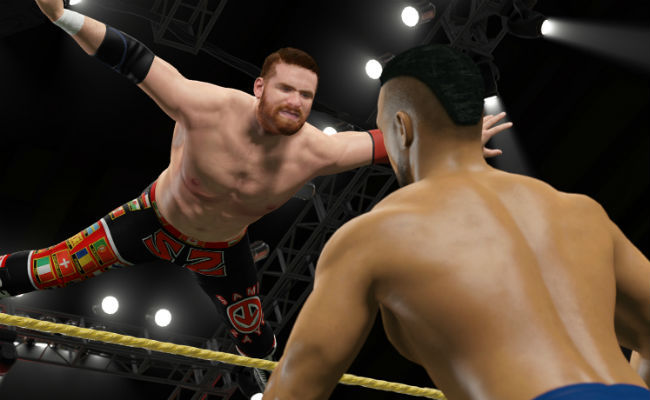 I played this on an Xbox 360 and if you’re doing the same, then you can forget all those improvements you heard about. The faster gameplay and better graphics are all reserved for the new gen consoles and the game is still a slow mess on the 360. In fact, a fast paced game has been missing since Smackdown 2 (or even Smackdown vs Raw).

The last few WWE games have been more like WWF Attitude, which had seriously slow gameplay. You know what though? I liked Attitude more. Because it was good for its time and it had the blood aspect to it (damn you censorship!). 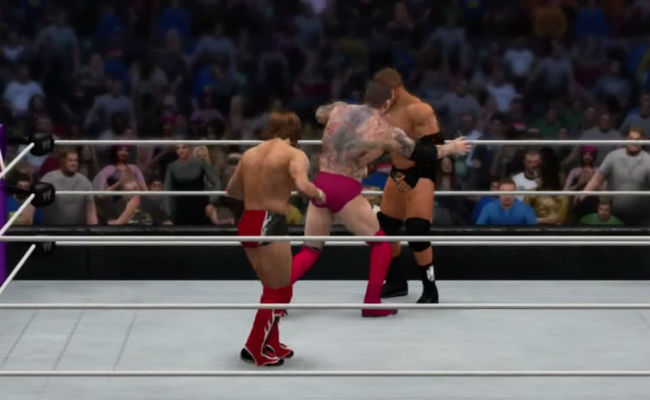 The gameplay speed isn’t the only problem though. If you’re a hardcore wrestling fan like me, you’ll probably get over this. But you won’t get over the bad graphics on the Xbox 360. Throughout the 2K Showcase mode, I couldn’t help but laugh at the surprised looks on John Cena and CM Punk’s faces during cutscenes. Oh and also, the older version of Kane walks and plays like a robot.

Also, you will often find glitches, where Cesaro is pulling at nothing and the opponent is stuck behind the referee when he should be performing a finisher on you. The sweat on the wrestlers’ faces seem like something they would never want there, if you know what I mean. 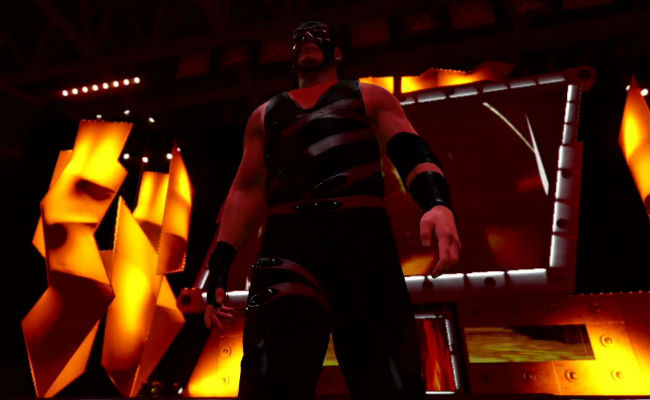 The gameplay is also heavily dependent on reversals, which is something right out of WWF Attitude. This has one positive though, in the sense that your matches will be more like real WWE on TV, where one superstar is on the offensive for a while, before the other takes over. The downside? It makes the gameplay a little too difficult, especially when you’re in the Showcase mode. More on that later. 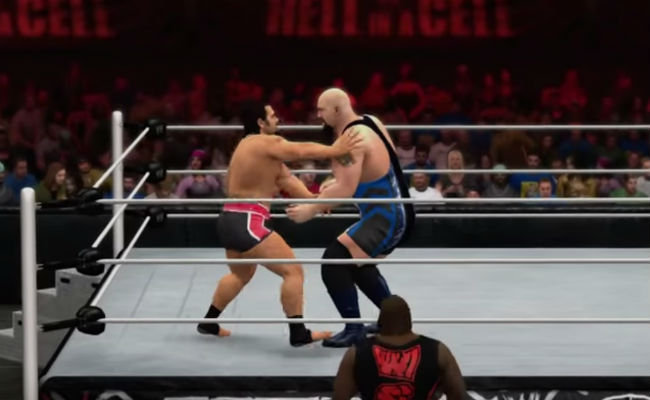 I’ve seen a lot of people complain about the types of matches that have been included in 2K15. To be honest, I wasn’t all that disappointed with the ones that were there, but the old gen version for WWE 2K15 has taken out some important elements, like creating your own stories in the Universe Mode.

Nevertheless, my problem is more with the lack of choice when it came to the rosters. There are a total of 63 superstars in the game along with eight divas and three managers. Remember the roster we all liked in 2K14? Well, it’s not there anymore. 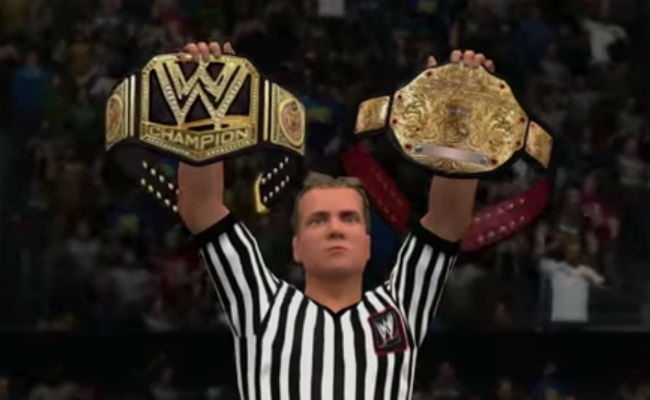 One of my favourite aspects from the previous game was the '30 Years of Wrestlemania' mode. That’s not here, giving me yet another reason to keep playing 2K14 over and over again. The replacement to that is the 2K Showcase mode, another thing that would attract any avid wrestling fan like me. On the face of it, it is made for people like us, who remember almost everything of significance that has ever happened in this business. But this mode turned out to have as many cons as it did pros. 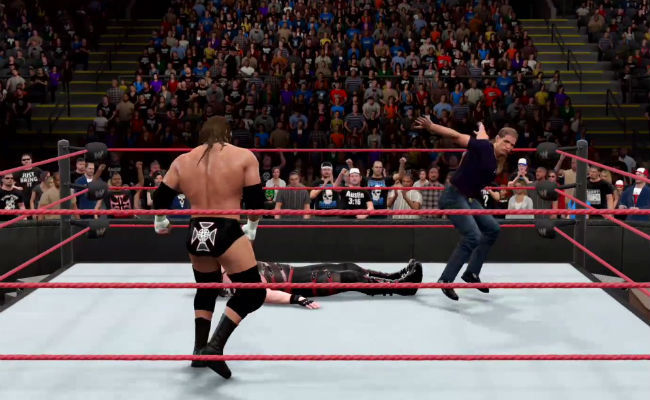 The game features two epic rivalries, that of Shawn Michaels and Triple H back in 2002 and the more recent John Cena vs. CM Punk rivalry. It’s fun to follow the story through the video content and you get to unlock a lot of characters through these, including Kevin Nash and The Rock. The story is fun and while it gets somewhat infuriating to wait when you only have to read a few lines of text for the story, the prospect of reliving history soon helped me get over that.

The 2K Showcase is currently sparse in terms of content, considering there are only two rivalries, which I was finished with in two days, but it will presumably get a lot more DLC content over time.

Nobody. This mode is basically four matches each for the five NXT wrestlers and they get unlocked if you finish the matches. Too easy right? Think again.

A big problem with both the Showcase and NXT modes is that the difficulty spikes at anytime without warning. This is where the overdependence on finishers kicks in and makes the game more difficult than it needs to be. For example, Sami Zayn has his first and last match in NXT against Cesaro. In the first match, Cesaro will seem more like a Santino Marella, falling for every move you try. In the second, he suddenly starts reversing anything you do. 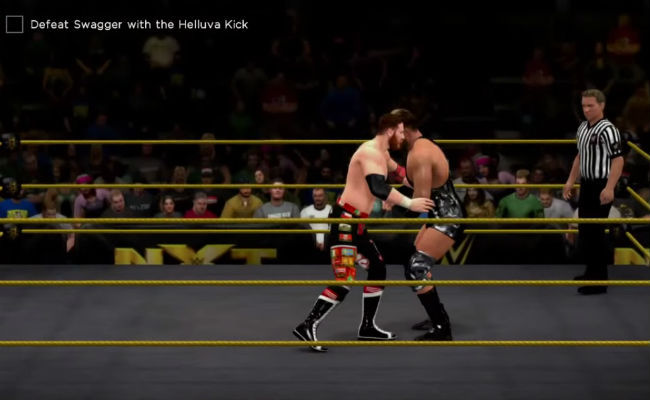 This can be a mixed bag for some, as it makes for more of a challenge in the NXT mode. It’s somewhat infuriating in the longer Showcase mode though. The difficulty doesn’t increase at a steady pace, matches don’t get tougher as you advance through the game, so you never know what’s coming.

Should you play it?

On the Xbox 360, WWE 2K15 is quite disappointing. You would do much better buying 2K14 instead. The graphics and gameplay are supposed to be much better for the Xbox One and Playstation 4, but that review shall come at a later date. For now, if you own an Xbox 360, then as the Daniel Bryan (in his heel image) would say, "NO!"