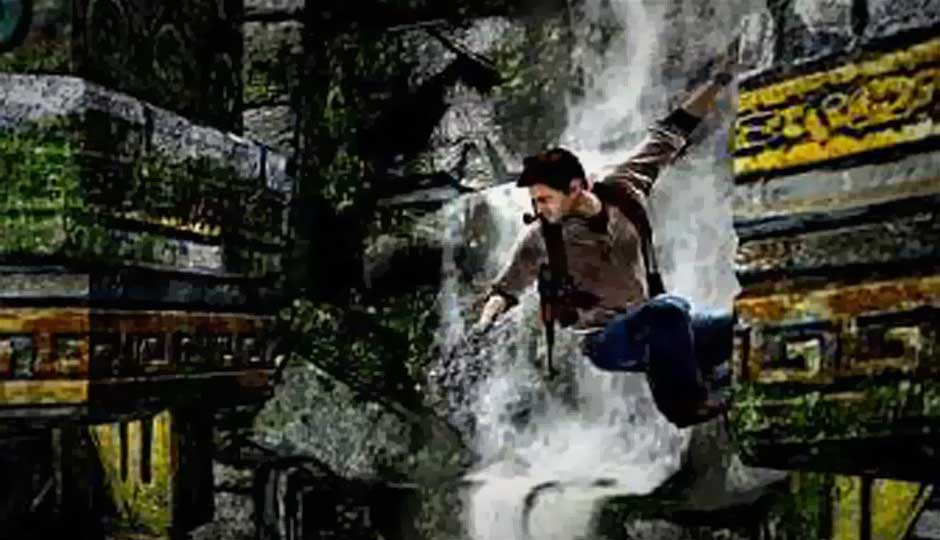 Uncharted Golden Abyss is a fantastic game with production quality we have come to love from its console counterparts. The lifespan is about 10 hours and there is enough to keep you hooked throughout the journey apart from a few frustrating touch controls and a story that drifts into the boring realm for a bit. This is a Vita launch title you should take a look at if you decide to pick up Sonyï¿½s new portable gaming hardware.

The Uncharted franchise has been credited with not only being one of the best looking games of the current console generation but takes the narrative of action adventure games to a whole new level. Uncharted: Golden Abyss is a portable version of the AAA title we have come to love on the PS3.

With the horsepower under the hood of the Vita (read our review of the console here) and the potential of new gameplay mechanics does this game do justice to the franchise it belongs to? Read on to find out!

Story
Once again you don the role of the lead protagonist Nathan Drake and the events of Golden Abyss are set before the time period of the first Uncharted on the PS3. You are introduced to new characters – old friend tuned foe Jason Dante and a love interest, Marisa Chase and an angry army general thrown into the mix.The only familiar face is Victor “Sully” Sullivan, your forever partner in crime.

The story is set in Central America and the plot is the tried and tested treasure hunt story with the standard Indiana Jones style twists and turns thrown into the plot. 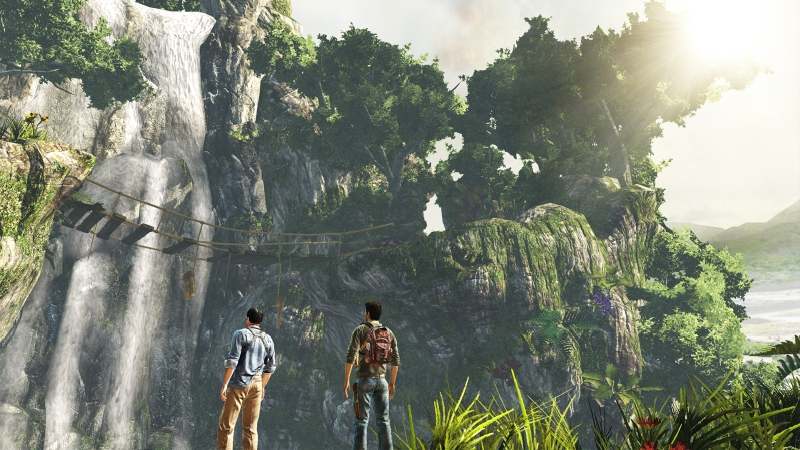 Some great moments are shared between Nate and Sully and you will definitely chuckle at some of the “that’s what she said” joke littered throughout the game.

Overall, the story is predictable especially to the veterans of the franchise.The downside to the narrative is that it does tend to drag a bit half way through the game.

Gameplay
Just like its console counterpart, the game is a mix of third person cover based shooting, platforming and puzzle solving. The unique aspect --the game makes use of the Vita’s front and rear touch controls as well as well as the motion sensors. 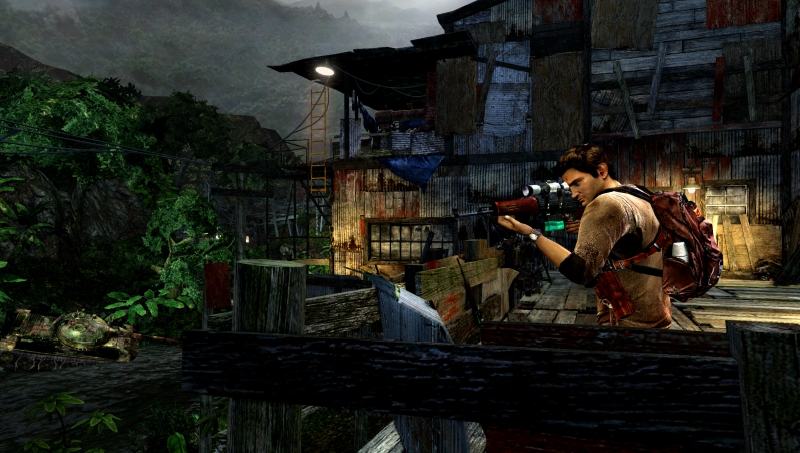 Even though you can use the analog stick to move through the environment, the addition of the touchscreen is a nice option and you can mix up the two control schemes to add a bit of variation to the gameplay. You simply tap the screen or drag you figure across the screen and watch Nathan Drake traverse the environment.

In terms of puzzle solving, you will spend quite some time joining together torn pieces of paper in a jigsaw puzzle, rubbing the screen to make charcoal drawings or cleaning rusty old things to find clues using the touchscreen. There are quite a few of these puzzles and they are well mixed and passed out to avoid the repetitive nature. 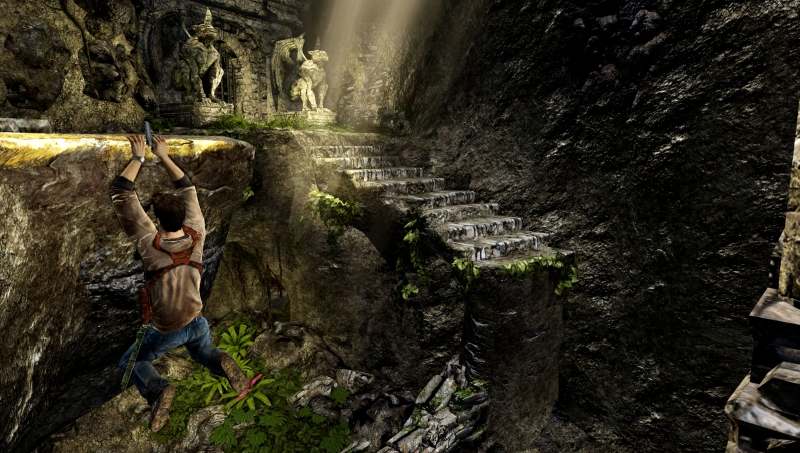 The fistfights too incorporate the touchscreen and this can get a little frustrating if you are used to bashing the “box” button all the time on your controller. The display will ask you for a set of swipes which will either counter attach or deliver a finishing blow to the opponent. The boss fistfights are completely touch based and can get a little annoying.

The gameplay is also mixed with quite a few set piece moments that require you to control Nate through death defying situations. Remember the train sequence from Uncharted 2 or the cargo airplane sequence from Uncharted 3? Well, you wont find the set pieces in Golden Abyss to be of the same magnitude but they are present nonetheless. They are well spaced out too. At one moment you will run from a breaking bridge, after which you will be running from a burning buildingand the next instant riding a canoe against the current of a waterfall. These set pieces are a real treat (even if they don’t live up to the expectations set by their console counterparts) and they do show you the potential of Sony’s handheld.

It will take you close to 10-hours to run through the 34 chapter campaign and add a few more if you are a treasure and trophy hungry gamer who needs the 100% completion tag on every game. The lack of a multiplayer is a downer and the story isn’t engaging enough for a second run-through. 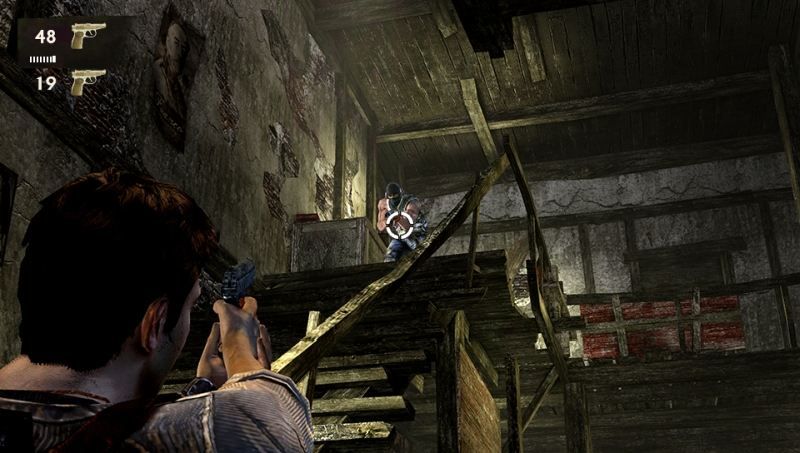 Graphics
If you want a game that will save you from buyer’s remorse faced after dropping 20k on the Vita or you just want to show off the capabilities of your new toy, then this is the game for you. It is gorgeous. The dynamic lighting really brings the environment to life, the jungles look dense, the shadows look fantastic and there are moments when the camera of the game pans out to give a perspective of the environment and you will be blown away (a reminiscent of the ship wrecked area from Uncharted 3).

All the actors have gone through the rigmarole of voice acting along with motion capture (simultaneously) making the cut scenes look very believable. 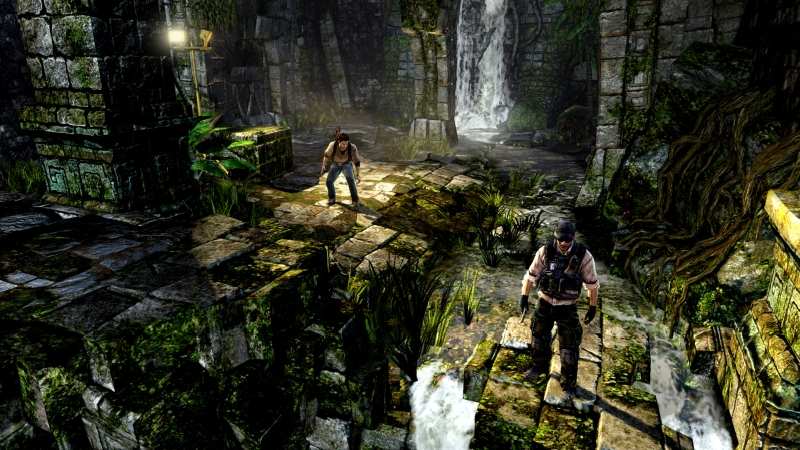 Sound
The background orchestral score stays true to the Uncharted franchise delivering high octave and fast paced beats in the action sequences to subtle tunes based on the situation. There are even moments of silence in the stealthy sections where all you will hear are the natural sounds of the Central American jungle immersing you in the situation at hand.

The voice acting from the cast resonates the Uncharted franchise making veterans fell right at home.

Verdict
Uncharted Golden Abyss is a fantastic game with production quality we have come to love from its console counterparts. The lifespan is about 10 hours and there is enough to keep you hooked throughout the journey apart from a few frustrating touch controls and a story that drifts into the boring realm for a bit. This is a Vita launch title you should take a look at if you decide to pick up Sony’s new portable gaming hardware. 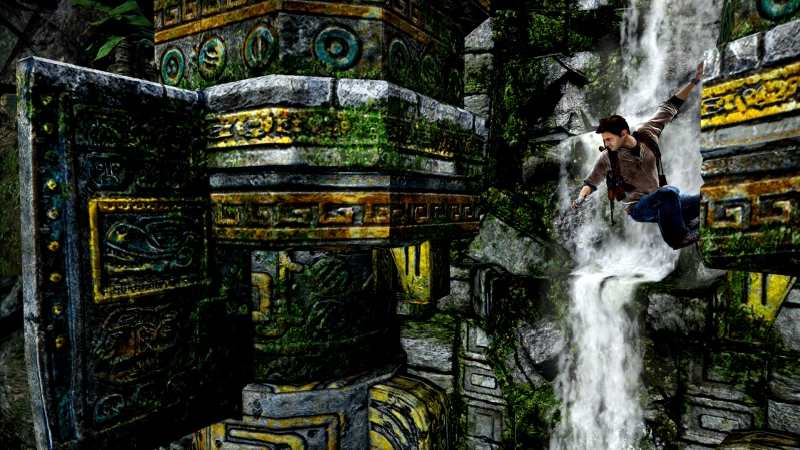 Check out the official trailer of Uncharted Golden Abyss: