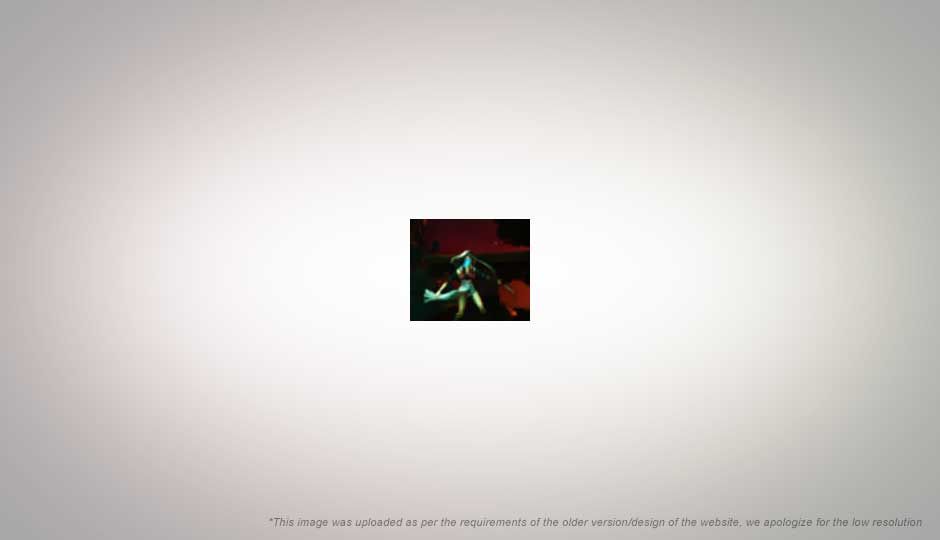 Considering the gameï¿½s price versus its length, Trine does feel like a bit over-priced. This game is certainly worth a try if you do not have aversion towards moving platforms. This game gets price-dropped every now and then, so we would recommend waiting for such an opportunity to get the game.

Like most other fantasy, the story of Trine begins with a kingdom in peril and a misfit group of unlikely and unwilling heroes. The kingdom is beset by an undead scourge and the band of heroes includes an underachieving mage, an opportunistic thief and a single-minded fighter. As fate would have it, the three are trapped together an alliance is reluctantly forged to find the three artifacts that will free them. The three unwittingly end up saving the world as the key to end the undead invasion also lies in recovering the artifacts. 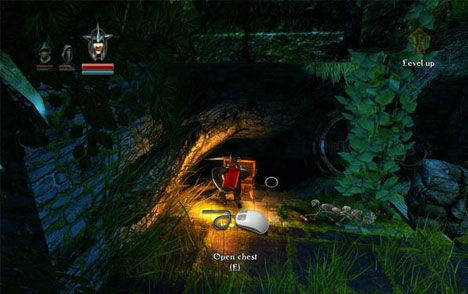 Trine’s game-play design will be easily recognizable to those who are familiar with The Lost Vikings series that made its last appearance in the early 90’s. You can control any one of the three characters at a time and using their particular strengths you will negotiate the undead infested ruins of the game world. The magician has the ability to conjure objects which can be used in a variety of ways, like defense or to get around obstacles. Thief can grapple onto certain surfaces and swing across over impassable terrain. In certain situation you can also use her bow to dispatch enemies from a distance of break object to clear the way ahead. The main function of the fighter is to take on the undead enemies and he is seldom necessary to solve a puzzle.The puzzles in the game are almost all physics based with the objective of finding a path through the dungeon and minimizing damage taken. Barring a few, most obstacles in the game are simple to overcome, so the game moves along at a steady pace. However, if you are not a big fan of platforming, be warned that there are sections in this game where you may get frustrated. 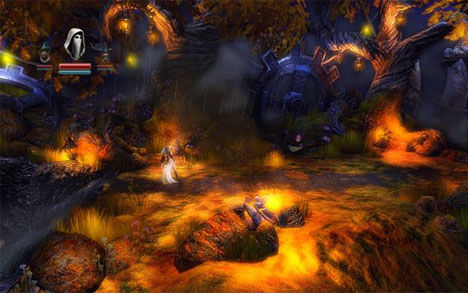 There are also some RPG-lite elements like character level, magic items and skills. Scattered throughout the game world are vials of colored liquid. Collecting blue colored vials adds to the characters’ pool of energy which gets consumed when using special abilities. Collecting the green vials in the game earns experience points and every 50 vials will get you one skill point for each character. During the course of the game, you can use these skill points to unlock additional two abilities of each character. Alternatively, the skill points can be invested in existing skills to make them more powerful. Stashed away across the game world are chest that often contain magic items that give certain benefits to the character that carries that item. Some magic items unlock addition ability in a character while others augment their existing ability. 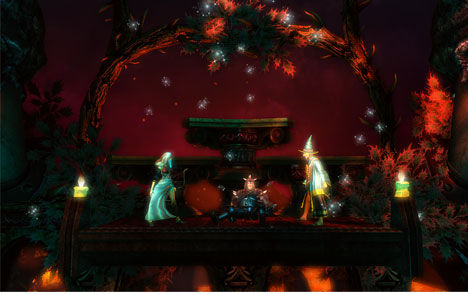 Combat in Trine is pretty straight forward and the only kind of enemy you are going to face is undead skeletons. Defeating waves of enemies are least of you troubles as the game’s major challenge lies in platforming and puzzle-solving. As the game advances, the puzzles do increase in complexity; however depending on how you have developed your characters you can find alternate, less painful ways around an obstruction. Trine uses checkpoint system to save a level’s progress and crossing one of these will also resurrect any of your dead party members. These checkpoints are placed at regular intervals in a level so you will never be overly concerned about the welfare of your party members, as resurrection is only a couple of screens away. Cumulatively due to these factors, occasion where the game makes you sit-up and think are rare. Having said that, there are some brain-benders in the game, but only if you want to pursue bonus magical items or experience vials that are often stashed away in hard to reach places. 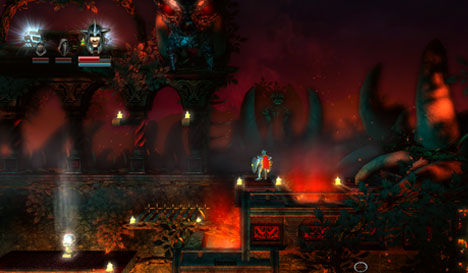 For me, the highlight of the game is not the combat system or even the puzzles, but rather the game’s presentation. The combination of lights, music and narration makes the game feel like it has jumped straight out of a fairytale book. Impressive visuals with steady paced game-play makes Trine mostly an enjoyable experience. It’s a shame that the game does not last as long as one might have liked. On Normal difficulty setting, the game takes about seven to eight hours to beat, including occasional diversion to collect hidden items. Once you beat the game, there is some opportunity for replay— a level can be played again, in case you have missed out on any collectible items like experience vials.

Considering the game’s price versus its length, Trine does feel like a bit over-priced. This game is certainly worth a try if you do not have aversion towards moving platforms. This game gets price-dropped every now and then, so we would recommend waiting for such an opportunity to get the game.