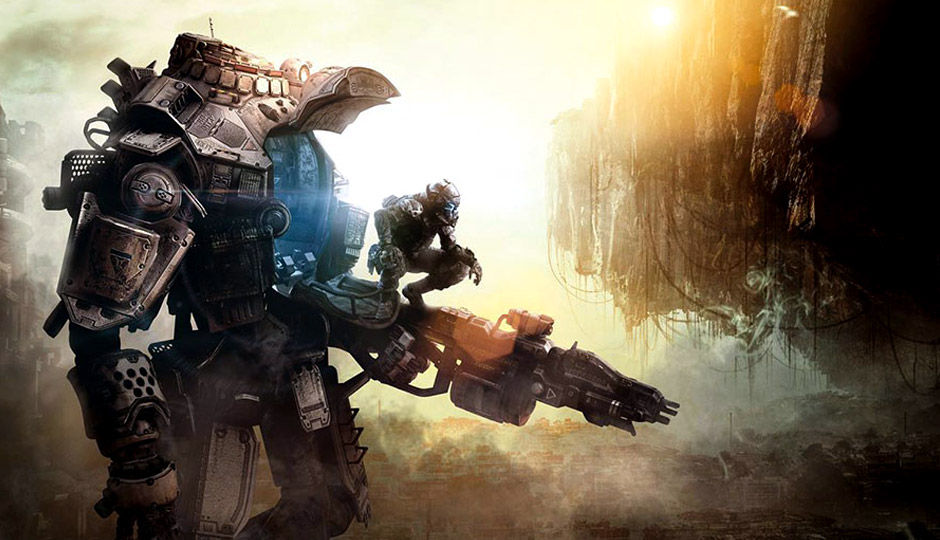 Is Titanfall worth buying? That's a definite yes, for people buying it for the console or for Western audiences. However, at Rs. 3,499, the game does feel exorbitantly priced for PC gamers here.

I should be honest, I’ve never been a fan of multiplayer shooters.

Of course, I had fun with Counter Strike 1.6 and Quake III during my school and college days. Mass Effect 3 was the first game after those two that had me engrossed with its surprisingly fun multiplayer. Since then, it’s always been story-heavy single player campaigns for me. That’s why when I got my review copy of Titanfall (courtesy Game4U), I was a little wary. After all, I would effectively be a noob not only to the game but also to the entire genre as a whole and if the first few hours were me dying a lot with a miserable K/D ratio, then it wouldn’t really be fun, would it?

Twenty hours in, I can say without a doubt that Titanfall, is a good game, and a great multiplayer shooter- perhaps the best to have hit the stands in the last five years.

There’s plenty of praise that I can direct at Titanfall, that’s why, let me get the bad out of the way first.

Titanfall is unique because for a multiplayer game, it actually has a story campaign. Unfortunately, that story is forgettable and very, very easy to ignore. The campaign mode is essentially a run through the 15 maps that the game offers, twice. The story involves two warring factions fighting over a planet and you get to play as both factions over the course of the campaign.

Always remember, your Titan is your best friend.

The good thing about the campaign is that it gives you a solid footing to understand the gameplay mechanics alongside players who may also just be starting out. Finishing the entire campaign unlocks two additional Titan models which means that more often than not, your teammates and opponents will be players with more or less the same arsenal as you. However, don’t really expect to head back into the campaign once you’ve got all three Titans because, quite frankly, there’s no real reason to do so.

And then, there’s the gameplay.

If, like me, your fear of multiplayer shooters stems from the expectation that you’ll have your ass handed to you over and over again until it’s no longer fun, then you should play Titanfall. Every match in Titanfall comprises of six human players on each side and a whole lot of bots who are much easier to kill. These bots fulfill three objectives- they help populate the relatively large maps; they help you gain confidence, especially if you’re just finding your footing and, they help you make a contribution to your team even if you’ve been unable to bring down a Titan or a Pilot (the human players). Especially, in the ‘Attrition’ game modes (Titanfall’s take on team deathmatch), every bot you kill adds to your team’s score and in especially close matches, your contribution towards killing a handful of bots could very well matter.

Once, you’ve spent a few hours playing, you’ll begin to appreciate how nicely the game is balanced. If your only exposure to Titanfall has been the numerous trailers that show massive mechs (the Titans) fighting it out, you must have wondered if the human players are only there to be massacred. I was surprised at how fun it actually is to play as a Pilot, on foot, especially when I realised that I could use my small stature and speed to my advantage and take down a Titan, all by myself. By the 10th hour, I actually preferred playing as a Pilot, rodeoing (basically climbing up a Titan with a few quick hits of the spacebar) enemy Titans, shooting at their innards while perched on their shoulders and jumping off just before they exploded, all the while as my Titan, on auto pilot, guarded me from opposing Titans and Pilots.

As a Pilot, you can use your agility to your advantage.

On the other hand, controlling a Titan is also damningly fun. You can call in a Titan every two and a half minutes and that time can be reduced by playing well or by spending ‘Burn Cards’- bonus cards that can be used only once, that stay active while you’re alive. My favourite ‘weapon’ as a Titan was its shield that not only protected me from enemy fire but also suspended all their ammunition in mid-air for me to launch it all back at the enemy Titan in one big blow. The other great thing about piloting a Titan is that despite their large size, they are surprisingly nimble and have a limited ability to dash in different directions to avoid enemy fire.

Moving on, apart from the campaign missions (that you can revisit anytime), Titanfall has a bunch of game modes to keep you occupied. There’s ‘Attrition’; ‘Last Titan Standing’, which has every player starting out in a Titan but without the ability to respawn during a round; ‘Hardpoint’- which involves your team capturing and holding on to strategic points; ‘Capture the Flag’, which involves you, well, capturing the flag; and finally, ‘Variety Pack’, which randomly chooses game modes for you.

All of the above game modes are quite fun, but my favourite is ‘Attrition’ because of the frantic nature of gameplay that it can engender. The 15 maps are also very well designed but I did end up wishing for more maps with more specific game modes in mind. Titanfall leaves you wanting more, not that that is a bad thing, but it still feels like the game could have had more content especially considering its price in India and the paid DLC coming in the future. 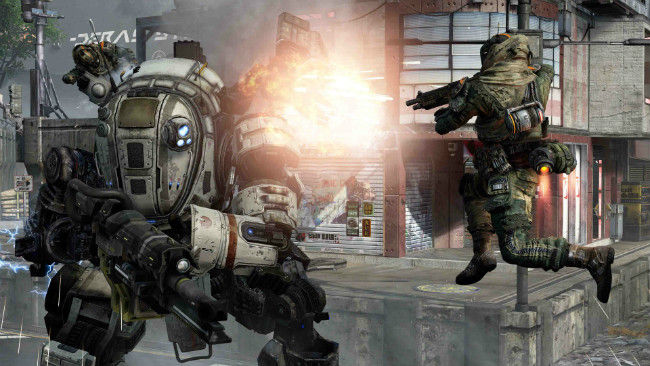 A few hours in, you won't think twice before going up against an enemy Titan.

I was actually a little let down by Titanfall’s graphics. The game still looks quite good but there’s nothing really about the graphics that wows you the same way perhaps The Witcher 2 or Skyrim did, the first time around. The plus side is that the game runs very well even on a mid-range rig. I played the game at 1080p with all settings at high on a rig with a 3GHz Core i5-4430, a GTX 660 and 8GB of RAM and faced low frame-rates only once or twice. What’s even more noteworthy is that for a hugely anticipated multiplayer game with thousands of concurrent players, I faced absolutely no connectivity or lag issues. More multiplayer oriented games should take pointers from Titanfall on how to do a solid launch.

The game also feels right at home on a keyboard mouse setup. The controls feel intuitive and anyone who’s played an FPS on the PC will be able to jump right in.

Right, so after all of that, the question remains- is Titanfall worth buying? Now, that would be a definite yes, for people buying it for the console or for Western audiences. However, at Rs. 3,499, the game does feel exorbitantly priced for PC gamers here. If you’ve been saving up or been waiting for Titanfall with high hopes, then go ahead and pick it up; I promise you won’t regret it.

For PC gamers who aren’t big multiplayer shooter fans, then really the price should be your biggest concern. If you think you are willing to invest the money and the time into this game and will be playing it for a long time, then go for it. If you’re not sure, then I’d suggest you wait for a price drop because it’s very likely that even a couple of months down the line, there’ll be thousands of players out there to keep you company.

So, no real surprises there- Titanfall turned out to be pretty damn good. Now, if you want a real surprise, then go and play the new Thief because despite some big flaws, it’s fun.