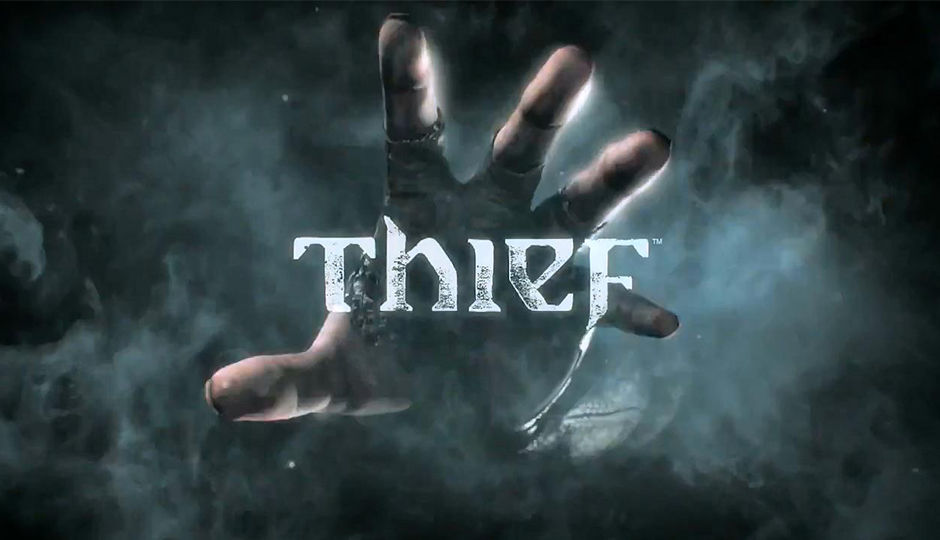 Thief (2014) Review: Return to the City as Master Thief Garrett

With the perfect ambiance and interesting gameplay, Thief makes for a good play, even if it is lacking in some of the essentials.

Introduction
Stealth games are not everyone’s cup of tea. Something we'd spoken about in great detail last month. This goes for both, gamers as well as game designers. The mind and skill-set to play stealth is very different from first-person shooters, real-time strategy, or MOBA. Not to say that it’s a better genre of games, but it is an acquired taste honed over time, and frankly, for a game like Thief that has a cult-followed history of taking the term ‘cloak-and-dagger’ literally, you really need to have the patience to pull through. When the new game was announced, fans were bifurcated. While some scoffed at Square Enix’s attempt at cashing in on Eidos’ glory days. Some hoped for the best, thinking that the classic would take to a whole new level with new-age graphics and the creativity that modern CG brought to the table.

Both valid arguments, based on gaming potential. But as usual, people have a way of wasting most of the potential out there.

First Impressions
Our first impressions of the game were, admittedly, hopeful. The first thing a veteran gamer would notice is that the gameplay has mostly stayed the same as the 1998 game. The first person perspective, with your characters hands showing in the lower quarter of the screen. The arrow types and uses, too, toed the similarities to the original. It was a familiar experience, and yet, different. The story seemed less concrete than expected, in the beginning. You are thrown right into the game, with little or no introduction to the main character. It works, if you’re attuned to the Thief world, but for a n00b, the initial experience of the game may seem to lack depth – Something that does not happen with the first trilogy. 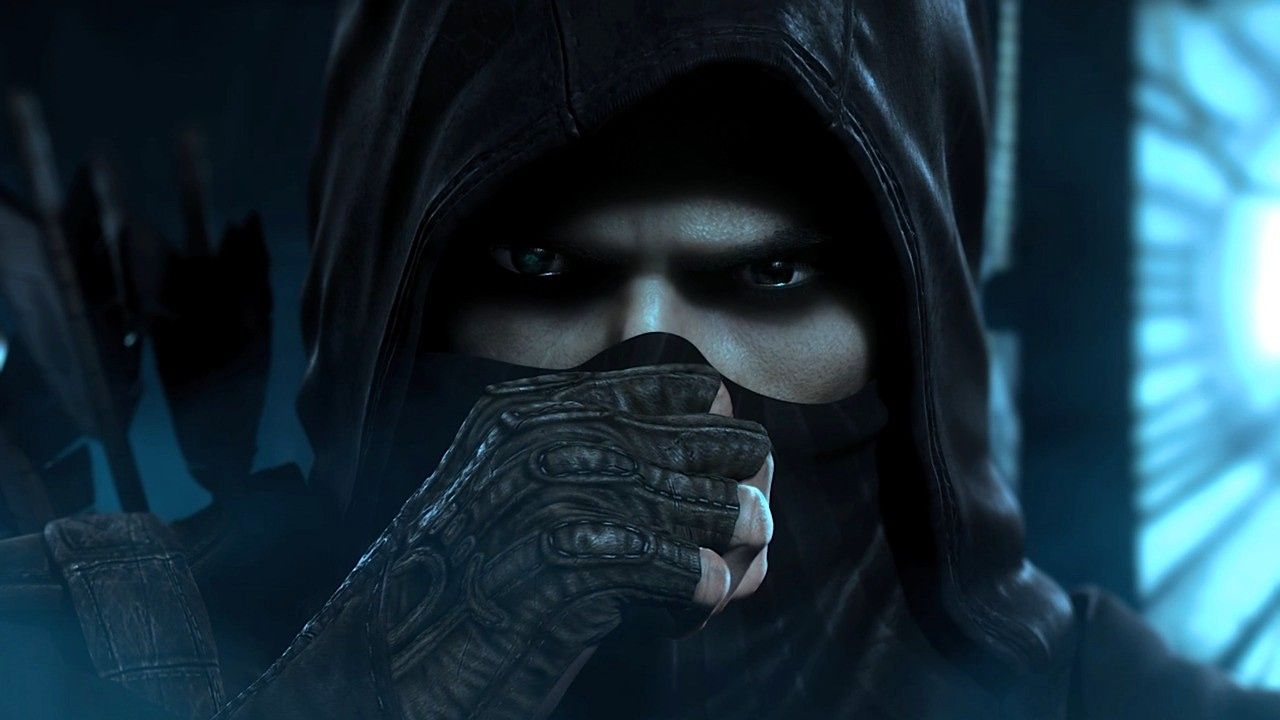 No, it’s not a remake
Despite the fact that everyone (including us) has drawn parallels to the original Thief, one must step back and look at the game as a fresh idea, just to see if biases make the judgement of the game inaccurate. Looking at the character (Garrett) and the shadowy steampunk backdrop the game is set against, the game brings nothing new to the gaming world. It’s just another stealth game, and one trudges through the first few chapters following the instructions on-screen like a good little zombie. 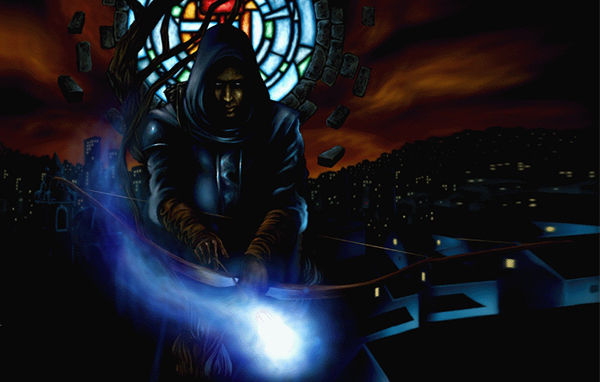 The new Thief is set several years after the classic

As you pick up documents and if you keep your eyes open, you will notice references to the original game littered across the world. This indicates that the story of your master thief is set a few hundred years after the original master-thief (also called Garrett – must not have been too many names for thieves in this world to pick from).

Plot, Characters, Difficulty
The story is straightforward – you are Garrett, a thief in a city that looks inspired by Victorian Goth-influenced England in the middle of the Industrial Age. Factions of the old Thief world, like the Keepers and Hammerites are seemingly extinct. The world is plagued by a disease that is referred to as ‘the blight’ and new resistance cells are on the rise against the supreme power in the city, hoping to free it from squalor.
The characters of the game lack depth and seem to exist only for the sake of convenience, at times. Even the main character is underplayed and unsatisfying, leaving a lot to be desired.
The difficulty level is also a confusing aspect of the game. While certain features, like lock-picking and the parkour are way too easy, the game environment in-between story-based missions have been pushed up on the difficulty scale.

Turning the Focus Mode to the technical side...
When it comes to the graphics, Thief had some pretty good attention to detail. Cutscenes included, the game designers seem to have spent quite some time in detailing and the intricacies of design. From the textures and soft-focused backgrounds, to the detail in the character models, the game may not be the ultimate in graphics, but it does come quite close.
The game’s AI tends to lack the knack for realism though, at times. Sometimes, you find yourself wondering if it’s really possible for an enemy to not notice someone who’s standing inches from him, close enough to pick the pixels off his eyebrows.
Some aspects of the game design stand out though. Focus Mode being one of them. Much like Batman’s ‘Detective Mode’ in the Arkham games, it highlights anything important on your screen, like enemies, traps and secrets. It doesn’t, however help you see the outline of said enemies in an adjoining room. Simply the ones visible to you on your screen. It’s useful in a stealth game like thief, keeping the distractions aside.
The arrows used by Garrett are also interesting. While some arrows from the original games (Fire arrow, gas arrow, water arrow), have been modified and kept in the game, some (like the moss arrow) have been adapted into upgrades while some (flashbang arrow) have been converted into throwable objects.
Another striking change is the restriction on melee weapons in the game. Unlike The Dark Project, this game has no swords or warhammer. Instead, your character has a blackjack to knock out victims and a wide range of arrows for ranged attacks, indicating from the start that this game isn’t about upfront face-to-face combat. One needs to sneak around, or distract/dispatch targets from a distance. The game has also received flack (for good reason) for the random glitches and crashes. More for the glitches rather than the crashes. At times, your character will refuse to move or strafe mid-chapter, making you restore to last checkpoint. So frequent game saves are highly recommended. At least until Square Enix releases a patch for the same.

The Gameplay mechanics are impressive

A Homage?
Though the game is a sequel, the game as a whole seems more like a homage to the original. Which is fine, if that’s why you’re playing it. However, for freshers to the Thiefverse, the game would seem tedious and unfulfilling. Not to mention, slow. One gets the feeling that the game designers felt like experimenting with the genre. While some levels seem straightforward - sneak and steal, others are borderline horror gaming. While attempting to make the Thief games more interesting and expand on the richness of the world the game is based in, the designers’ plan may have backfired.
At the end of it all, Thief is a must-play for fans but no huge miss for other gamers. With nothing to really hook you on to, and the zero replay value of the game, the Thief franchise may finally fizzle out of existence. 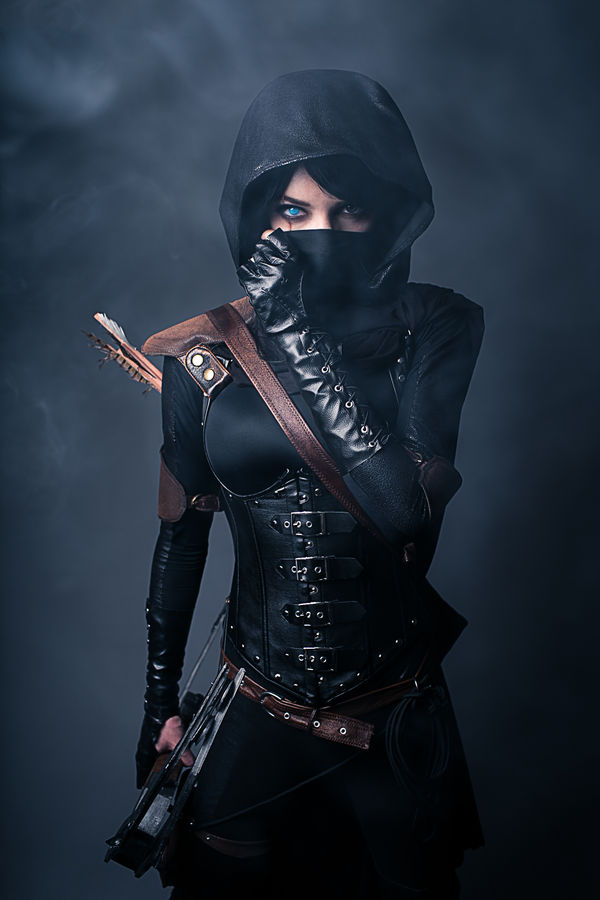 Will Thief fans slowly fizzle out of existence?

The PC version of this game is available on Amazon for Rs. 999/-