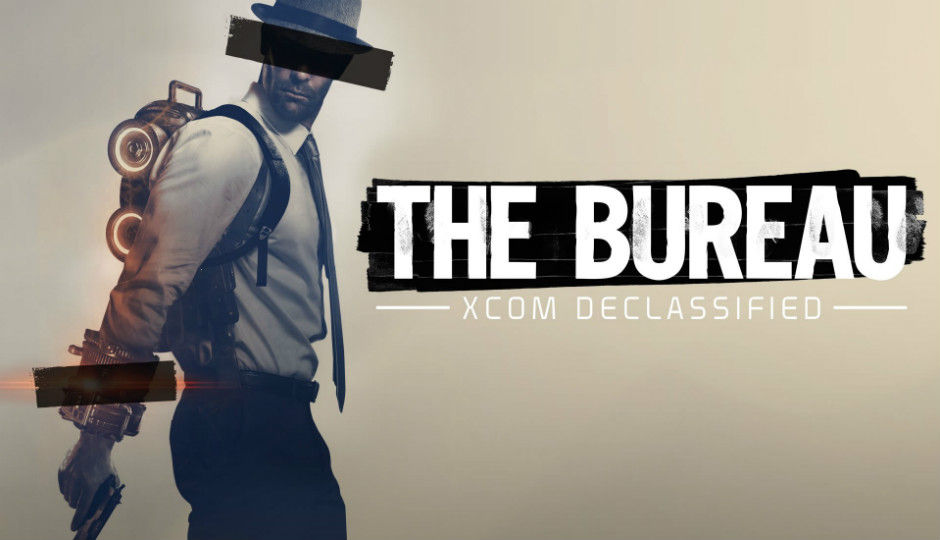 Put simply, The Bureau XCOM Declassified is Mass Effect in the '60s. The gameplay is fun especially if you are one who likes squad based tactical shooters. The story doesn't have the ability to keep you hooked and the entire package seems a bit lacklustre. You will be left with very few fond memories post the 10-15 hour campaign. Check out the game only if you are a hard-core tactical shooter fan. As for the rest of us, its time to play Mass Effect 3 once again.

There are quite a few third person squad based action adventure games available in the market and the ones that club RPG with action have a dedicated fan following. One game that has reached the pinnacle in this genre is the Mass Effect trilogy. Mass Effect 3 in particular is a game that mixed squad based commands with third person shooting very well. There are other games out there such as SOCOM that do that as well, but you really have a more immersive experience in games like Mass Effect as every choice you make has an effect on how the game plays out and also on the final outcome of the story.

The Bureau XCOM Declassified has tried to stick to this immersive formula. Does it succeed?

Story:
You don the role of CIA special agent William Carter in 1962 during the Cold War. You are an agent at the Bureau which to the public eye is an organization created to focus on the Soviets but what the Bureau actually does is keep a track of extra-terrestrial invasions.

Just like an RPG game, you have choices that you can make throughout the course of the game and these choices affect the outcome. The game has multiple endings depending on the path you take giving you the incentive for multiple play throughs. The downside is that these choices never really seem relevant for the moment and the story feels somewhat broken at places. Overall, the game lacks the ability to hold your attention. 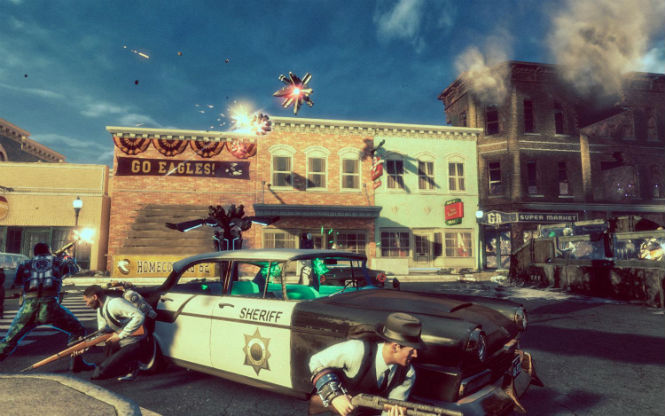 Gameplay:â€¨
The game is essentially a third person cover based shooter with squad-based tactics thrown into the mix. The addition is that you have two agents that go with you on every mission. Even though the backup agents are AI controlled, you have the ability to issue orders to them and instruct them on what to do during the game. Holding down a button puts the game into “Battle Focus Mode” and you have access to a wheel like interface through which you can issue commands to your two comrades.

The downside to this is that it takes you away from the immersive action experience. If getting absorbed in action sequences of a game is something you like, then you may find it cumbersome to break away from the action and heal your fellow mates or order them to take cover so that they don’t die. Once a comrade is dead, he isn’t available to you for the rest of the game so there is motivation enough to take care of the sniper if you don’t want to lose him. Even if your comrades do die, you could always reload the last checkpoint before the death of your partner and use a different strategy.

There are a variety of AI controlled partners to choose from such as the Commando, Engineer, Support, and Recon classes. Each one has his own advantage and disadvantage so choose wisely before missions. Choosing between the various classes for your teammates adds good variety to the gameplay. You could set up the sniper in one corner to knock enemies off while you go guns blazing at them or you could have the engineer set up a turret in a specific location while you distract the aliens from the other end, the possibilities are many and each one of them gives you a sense of satisfaction once you pull through a scenario. 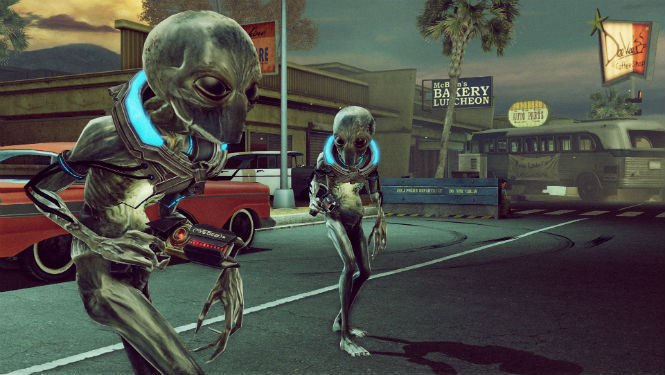 There is also an upgrade system in place in the game. As you play, you earn experience, which can be used to upgrade the skills and equipment at your disposal. You also have the ability to upgrade your fellow teammates. In a very Assassins Creed Brotherhood like way, you can send agents out on missions on their own to gain experience. Surprisingly, not one agent died during these missions.

Another addition to gameplay is the Bureau itself. You have access to this big base where you can walk around and have conversations with people before beginning a mission. The fact that its there is nice and you get to choose the dialog between you and anyone in the base but we doubt you’d be doing this for long unless you want to get into the story completely. Coming to the enemies, they are quite varied from the lightly armoured ones to some that take quite an effort to put down. The aliens have a few vehicles at their disposal that take quite a bit of firepower before going down.

Overall, the action in the game is the best part and the hook that will keep you going throughout the 10 plus hour campaign. There isn’t much incentive to run through it again though.

Graphics:
Being developed by the same guys that got you BioShock 2, you can expect a lot of attention to detail in the game and that shows. The 1960’s USA is very well portrayed in the game. The setting, locations, the way characters dress and their conversations are true to the era in which the story takes place.

Having said that, this isn’t the most beautiful looking game that we have played. There is a yellow tint present throughout the campaign leaving the screen only when you are playing missions set at night. We have seen better looking games such as the Last of Us and more on the current console generation. 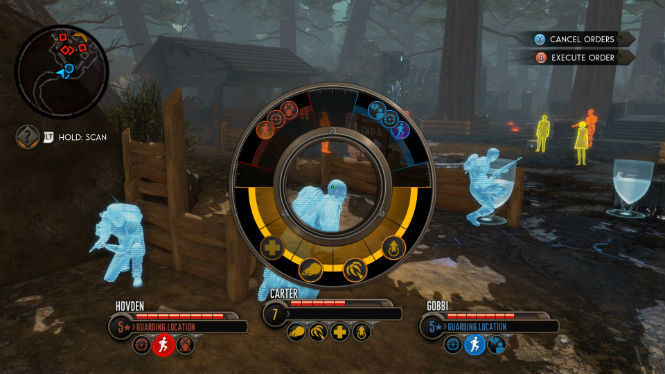 Sound:
The audio from the game is good. The bangs of the sniper rifle, the effects from the alien technology and even the voice acting of the lead characters, all are top notch. There are times when it is hard to relate to what William is talking about but that is because of the story line and the situations more than the voice acting.

Verdict:
Put simply, The Bureau XCOM Declassified is Mass Effect in the 60’s. The gameplay is fun especially if you are one who likes squad based tactical shooters. The story doesn’t have the ability to keep you hooked and the entire package seems a bit lacklustre. You will be left with very few fond memories post the 10-15 hour campaign. Check out the game only if you are a hard-core tactical shooter fan. As for the rest of us, its time to play Mass Effect 3 once again. 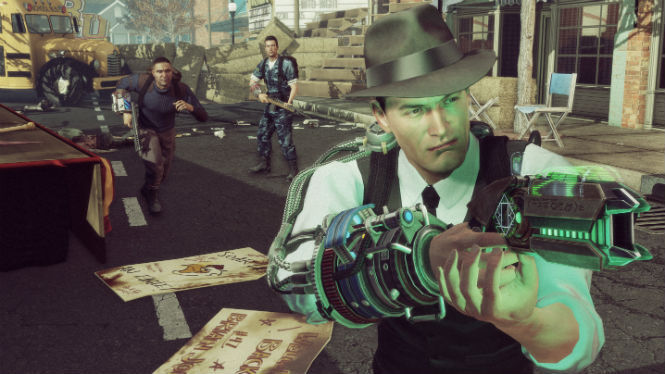 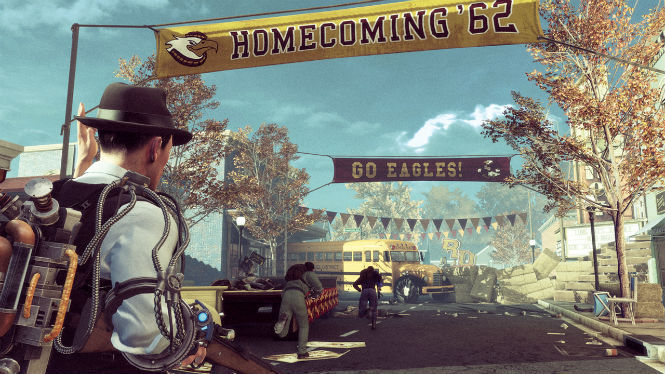 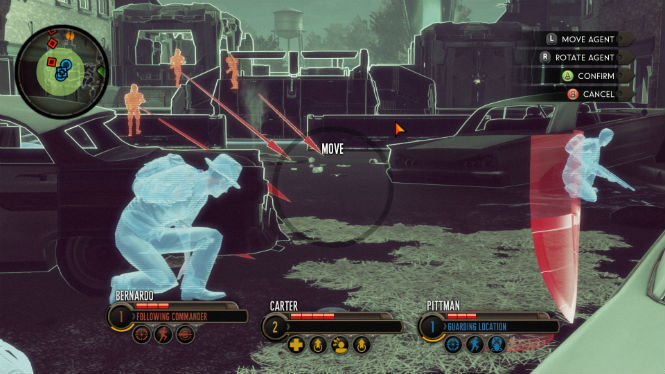