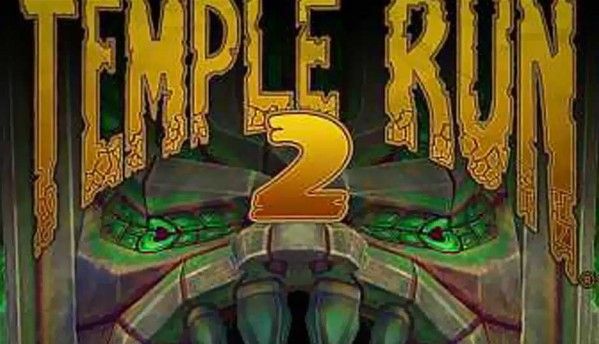 We recommend you give this game a try. If you have played the original Temple Run, you will immediately fall in love with this game. It's simple enough for casual gamers to pick up and enjoy and veterans will of course want to dominate the leaderboards. The graphics are great, gameplay is addictive and simple, and the best part is that the game is free. A must download for anyone with an iOS device.

A little game called Temple Run has kept us hooked and addicted to our iPod touch, iPhone, iPad, Android smartphone and any other device that possibly ran the game. We have been playing the game while waiting for the bus, riding the metro or just sitting when we face a power cut. It is no joke then that the game has seen 170 million downloads since it launched.

Today, we have with us the sequel to Temple Run, simply called Temple Run 2. Does the game live up to the hype of its predecessor, or are you better off sticking to golden oldie?

Well to start with, the basic mechanics of the game are the same. You have found another temple and stolen the golden statue. Instead of being chased by three monkeys, here you are chased by one huge monkey.

Temple Run 2’s gameplay mechanics have stuck to the original and that is a very good thing. You swipe left or right to turn in the respective direction, swipe up to jump, and swipe down to slide. You can also tilt the device to strafe left or right depending on the obstacle in your way. Speaking of obstacles, the number of hindrances in your way has increased. You have rivers to jump over, spike rolls to avoid, bridges to slide under and more. The path too swerves, adding the illusion of an uneven path and that is a very good thing. Another addition to the game is the ability to revive yourself by spending gems if you ever face death in the game.

Yes, the coins have made a reappearance in Temple 2, along with gems. The power ups too have made a comeback in the game. You can spend the coins you collect to upgrade your player’s ability. You can upgrade abilities like the Coin Vault, Shield Duration, Coin Magnet, Boost Distance, Save Me and more. You can also use the gems to upgrade your characters abilities. To add a bit of challenge to the gameplay, there are also the achievements. These start out as fairly simple and get more challenging as you start achieving them. Some of the achievements include running a certain distance, collecting a certain number of coins, using a certain power up so on and so forth.

The biggest addition to the Temple Run however is the underground cart section. The controls are the same as running, with the only difference being that you are in a cart. Here you need to choose between branching paths and swipe and tilt the device to avoid the obstacles. Even though the gameplay mechanics are the same as running, the visual break makes the game look different adding a slight, interesting variation to the gameplay.

Speaking of visuals, the graphics of Temple Run 2 have definitely been bumped up when compared to its predecessor. The environment has more variations, and looks vibrant. One moment you are zip-lining through the clouds, the next you are jumping over a river and entering a mine to ride a cart. The variation is beautiful and makes the game more engaging and fun. The graphics of Temple Run 2 aren’t the best for the platform but they are really good nonetheless. The only downside is that textures and environmental images draw in right in front of you giving you a feel of the classic Road Rash game, but here, we are just nitpicking.

Just like the original Temple Run, Temple Run 2 also has characters that you can unlock. These characters include Guy Dangerous, Scarlett Fox, Barry Bones and Karma Lee. In the first game, changing the character only added a cosmetic effect to the game. Here however each character has its own unique ability, adding an incentive to unlock them.

Bottom Line:
If you have played the original Temple Run, you will immediately fall in love with this game. If you are new to gaming on an iOS device, you should definitely give this game a try. It’s simple enough for casual gamers to pick up and enjoy and veterans will of course want to dominate the leaderboards. The graphics are great, gameplay is addictive and simple, and the best part is that the game is free. A must download for anyone with an iOS device.