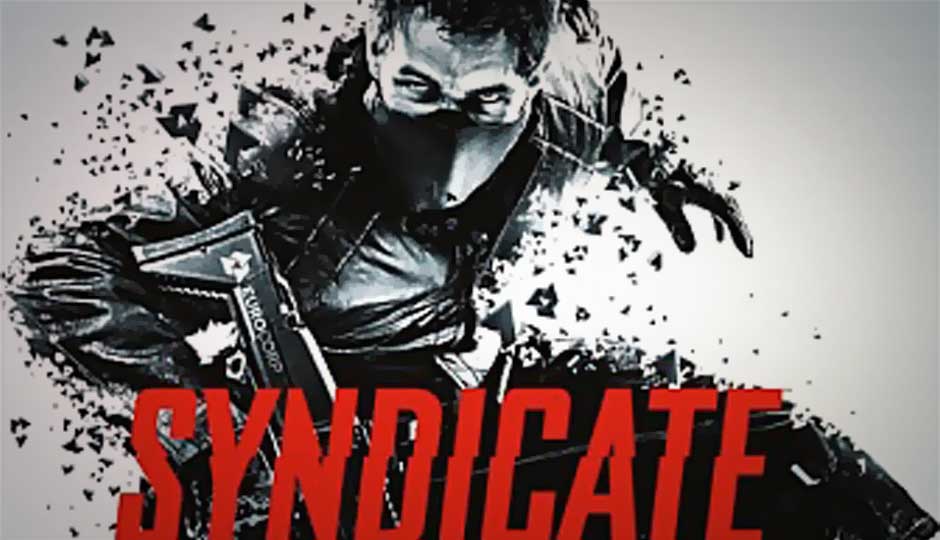 Syndicate is a reincarnation of the popular, 1993 tactical shooter in an FPS avatar. Set in a well-designed albeit a bleak future where the world is dominated by giant corporations and humans are implanted with chips giving them god-like powers.

It seems Hollywood’s remake bug has finally caught the game studios. Having depleted all original ideas, EA chose to reinvent a classic 1993 tactical shooter as an FPS. Whenever making remakes it’s onus on the developers that they stay true to the idea of the original game and at the same time add a dash of originality which sets the game apart.

What Starbreeze has gone ahead and done is removed the “tactical” and retained the shooter, making this game an FPS at the core though the tactical part comes back into play but in another form. This has become both the bane a mundane single player campaign and the boon with a slick and immersive co-op campaign. 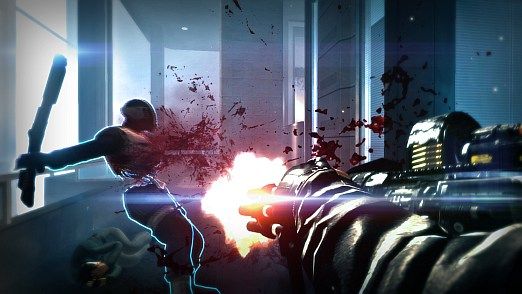 Story
Syndicate is set in the remote future, where giant corporations rule over the world and humans are implanted with cybernetic chip implants which lets them access the digital world or the “dataverse” through their brains thus making your everyday electronic items like mobiles and tablets obsolete. The game follows the life of Miles Kilo, an agent working for a conglomerate called EuroCorp, who is implanted with the prototype DART 6 bio-chip. This is a military variant of the off-the-shelf chips which imbibes the agents with power to hack into other chips and other electronic appliances nearby which is called “breaching”, scan data from the vast dataverse though “dart space” and slow down time and increase your own speed using the “dart overlay”. This is the story is about the technology and turf-wars among the mega corporations ruling over the world, and very predictably our hero happens to be bang in the middle of a war brewing between EuroCorp and Cayman-Global, two of the largest corporations in the world. Overall the entire exercise feels mundane and you get a sense of deja vu throughout the game, except in the end where things get a bit interesting.

The co-op gameplay adopts a day-in-the-life story line, where the player along with three friendly players must move forward and disable the turrets before they shreds the team to smithereens. This takes place in sequenced segments with a safe area in the beginning chock full of guns and ammo, this part reminiscences of Left 4 Dead. 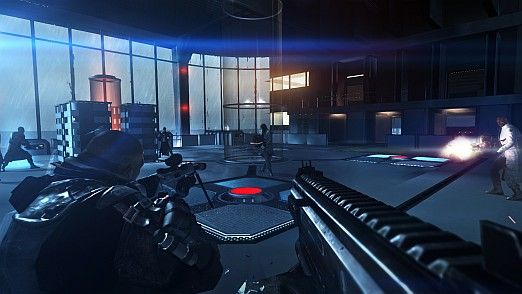 Gameplay
At its core Syndicate is an FPS, with a huge arsenal of guns to choose from including the usual assault rifles, machine guns and pistols to rain death on your opponents. There is also the Thermite gun whose bullets can be guided to a particular enemy and can curve around corners to pop-off a particularly irksome foe. There are also some puzzle elements to the game, perhaps to break the monotony of the shooting which requires you to hack a few terminals here and there to open a few doors. Bringing back some of the tactical gameplay from the original game, you can “breach” into everything from a ceiling fan to an enemy where you can force him to perform either “Suicide”, where the enemy kills himself and at the same time damaging people around him or “Backfire” where the enemy’s gun backfires on him stunning him for a few seconds giving you a few precious seconds to instantly kill an enemy even if heavily armored or the awesome “Persuasion” where the enemy temporarily turns into your ally and to the dismay of his (now previous) colleagues start blasting them away. It employs a decent cover system, which allow you to hide behind railings, columns and doors sneaking off a few shots now and then. Though there seems to be an issue when moving left or right where you actually move out of the cover and the enemies can kill you while you’re trying to pop one in the head. Only one word for the boss fights - frustrating and not to mention repetitive. You need to hit the boss exactly the right amount of time at the right place to kill him and then extract his chip from his remains. 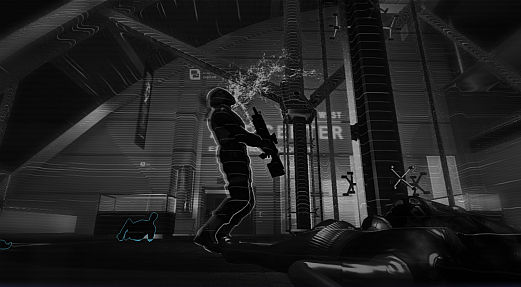 The online co-op is more engaging with you battling your friends for a place on the leaderboard. After completion of a segment, you’re awarded with experience points for killing enemies, healing/rebooting squad mates and completing objective. You can spend these points for buying chip upgrades which help you and your team mates. You can also “chip-rip” certain enemies to get bonuses. You also acquire research points, which can be applied to learn weapon upgrades, and programming changes to the agent's individual powers. The breach abilities are toned down as compared to the single-player and thus you’ll have to use them wisely for them to have the maximum impact. This adds a tactical dimension to the co-op gameplay i.e whether to upgrade the breaching abilities or weapons, the key being to strike a balance between the two. 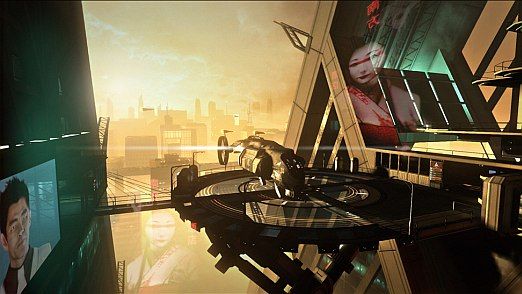 Graphics and Sound
The first game that comes to your mind when you see this game is Deus Ex, though the world in Syndicate is much starker and more surgical. That being said, it looks brilliant on the screen from EuroCorp complex, “slums” of New York, the tube station at LA to a high-rise in China everything looks sleek and well designed. It’s evident that a lot of work has gone behind the presentation to make sure that the game look perfect. Though at times it feels overdone particularly “light bloom” effect used liberally throughout the game which tends to cause severe eye strain and at time obscures the entire screen making it difficult to play. The sound design also requires a mention here, all the bleeps, beeps, boops, whirrs and chimes from the future sound as they should with a few interesting soundtracks thrown in for an overall impressive effect.

Verdict
So should you go ga-ga over the slick graphics and gameplay and buy this game, well definitely if four other friends can afford it. The co-op gameplay is a blast, with hours of fun in store and features that’ll make you come back to the game again and again. You can play the co-op campaign on your own but that’ll not do justice to this one redeeming feature of the game. The single-player campaign is passable at the best, a tighter storyline would have it a fat lot of good. But it doesn’t make it a compelling reason alone to buy this game.