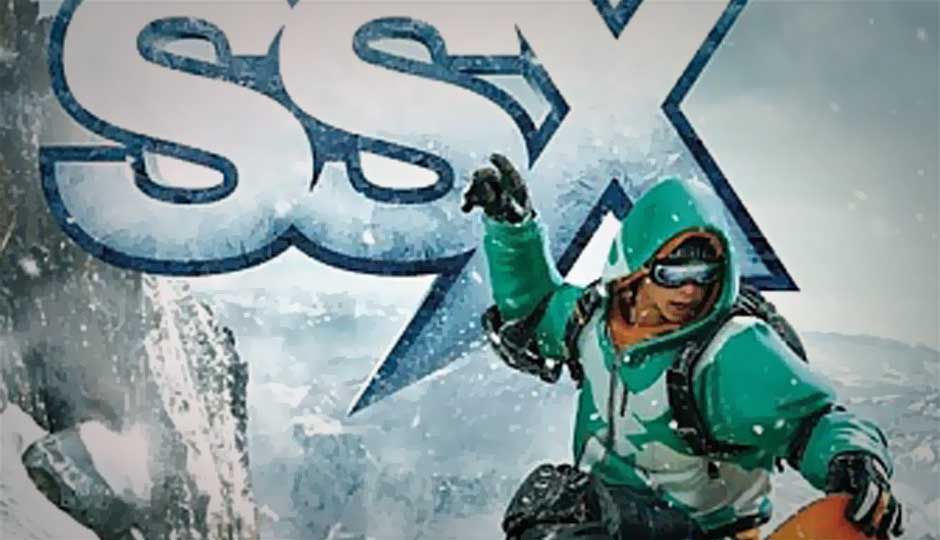 SSX is the pure, unadulterated fun of snowboarding on steroids. The result is a wacky, insane, adrenaline-fuelled ride around some of the world's breathtaking snow-capped mountain ranges to savour a gem of a sporting game.

Oh boy! SSX is so much fun. The game lets you have pure, unadulterated fun with snowboarding -- a game not so popular in India. But I’m sure you remember ESPN’s dose of Winter X Games on the tele? If you thought the stunts those athletes pulled off were crazy, then SSX is just plain barking mad. It is snowboarding on steroids and a massive adrenaline rush!

That’s how insane SSX is. Fun is guaranteed whether you like it or not. It's all about racing down mountain slopes and having fun.

Gameplay
Back in the early days of the PS2, SSX was one of the most popular games for the console. But over time, like Tony Hawk, people grew out of this genre of games. Fatigue more than anything else was the prime reason. But with the current SSX, the genre of extreme games seems to be on its way back up. Funny how a few years of hiatus can do wonders to a gaming franchise? SSX is definitely bigger and better than it has ever been, without sacrificing any of its old-world appeal that got us hooked onto the PS2 game all those years ago.

You start the game by jumping out of a helicopter hovering several thousand feet in the air to begin learning the ropes of what you’re expected to do in SSX. It’s the coolest tutorial sequence I’ve seen in a game for some time, with your in-game character executing in-air acrobatics while hurtling down to the ground, the wind zipping by in a rush. That moment, like several others in the game, epitomizes the superhuman levels of trickery and fast-paced action that SSX successfully delivers in its recent 2012 avatar. 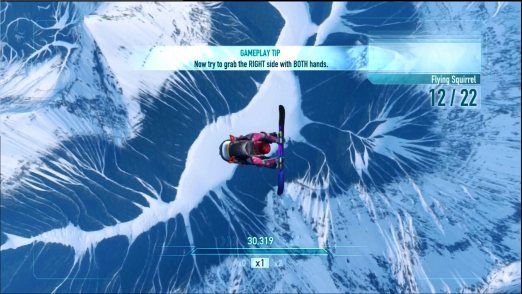 SSX takes you on a frenetic bout of snowboarding across nine deadly mountain ranges of the world. Compared to the original, the new SSX raises the bar for fans more than ever, with a greater impetus on speed, tricks, beautiful locations and an amazing soundtrack.

You can either play the single-player World Tour campaign which takes you on a long, winding road to conquer some of the most dangerous and difficult mountain slopes in the world. If you aren’t feeling as adventurous, you can race down a slope with no strings attached in the game’s multiplayer mode called Global Event, where you have all items unlocked and the focus is on posting the best score on SSX’s global hub. The races aren’t monotonous to ensure there’s plenty to keep you hooked -- it’s either a race down to the bottom of a mountain or just a survival quest, gather as many trick points or a time attack. It never grows stale on you.

Plus a mountain slope, as realistic as it is to the real thing, the designers have ensured slopes and launchpads are exaggerated to heighten jumps and there are also secret ways to tackle a nasty bend. SSX always leaves you breathless and immensely happy after every race, it’s amazing stuff. Races lets you gain experience points which can then be used to unlock items and accessories for use in subsequent races. One feature in every race lets you rewind your race back a few seconds, in case you’re falling down a pit or keep hitting a hazard over and over again. This helps ensure a near perfect decent down a slope isn’t foiled by a split second of loss in concentration, salvaging the overall race pretty well.

Graphics and Sound
SSX has a whole host of uber snowboarding athletes from the original, including Elise Riggs, Mackenzie “Mac” Fraser, Kaori, Zoe, Psymon, and Edward “Eddie” Wachowski. New characters include Tane Mumea, Alex Moreau, and Ty Thorsen. Their likenesses and apparel is more realistic than ever and there’s plenty of healthy rivalry between them to keep things simmering before every face-off.

The overall graphics in SSX are simply brilliant. Mountain slopes from Himalayas to Antarctica are carefully recreated and highlighted in all their glory. Even when you race down one of these slopes, the trees and twigs, stones and crevices all look realistic as they come into view. Even the larger horizon and neighbouring peaks help complete a true to life picture of the world SSX tries to recreate. 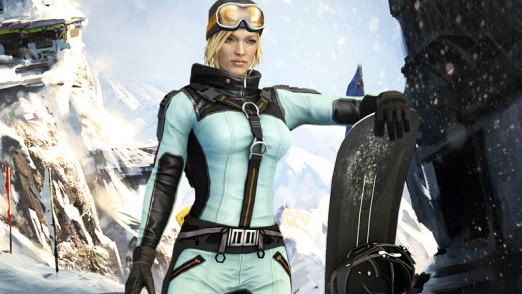 Meet no nonsense Elise from SSX.

Last but not least, the sound and music in the game is one of the best I’ve experienced till date. I mean SSX the game, what it’s all about and tries to do with you being a snowboarder, racing down a mountain slope, is excellently complemented by the soundtrack that goes along in the game. It just puts you in the right frame of mind, heightening the overall fun factor of the game. The soundtrack is a brilliant mix of electronica, R&B, and pop. It’s something that needs to be experienced to believe what a perfect match the visuals and sounds in SSX are with each other. Perfect harmony.

Online
Online multiplayer or solo races is the other gameplay option offered by SSX, if you finish the single-player World Tour career mode. As mentioned earlier, in the online mode, all the accessories are unlocked and available for picking. Your only objective, depending on which race you’re enlisting in, is to perform the best to your ability and somehow make it onto the global leaderboard. If you have a network of friends, SSX will constantly update you what they’re up to or if one of them shatters your record on a mountain race -- either in Global Event or World Tour mode. Players without a fast internet connection (or no access) will groan about SSX’s lack of a traditional multiplayer game mode, where you could just compete against your friends at home. 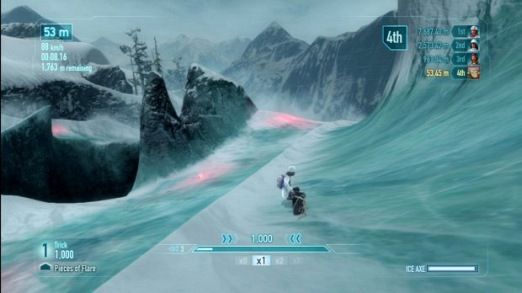 A screen grab from one of the games several deceptive mountain slopes.

Verdict
SSX is the best game of the franchise and oodles of fun. Granted, it’s a niche and might have limited appeal in India, but it’s also something fresh and offers something different in terms of a sporting game for Indian gaming audiences. The physics, graphics and sound in SSX are one of the best we’ve seen in this genre. It also has a very good online gaming mode. The only thing that SSX lacks is a traditional multiplayer mode, and its absence is a little bewildering. But the return of a classic and the sheer amount of fun to be had with this title makes SSX a worthy game to buy for your collection.