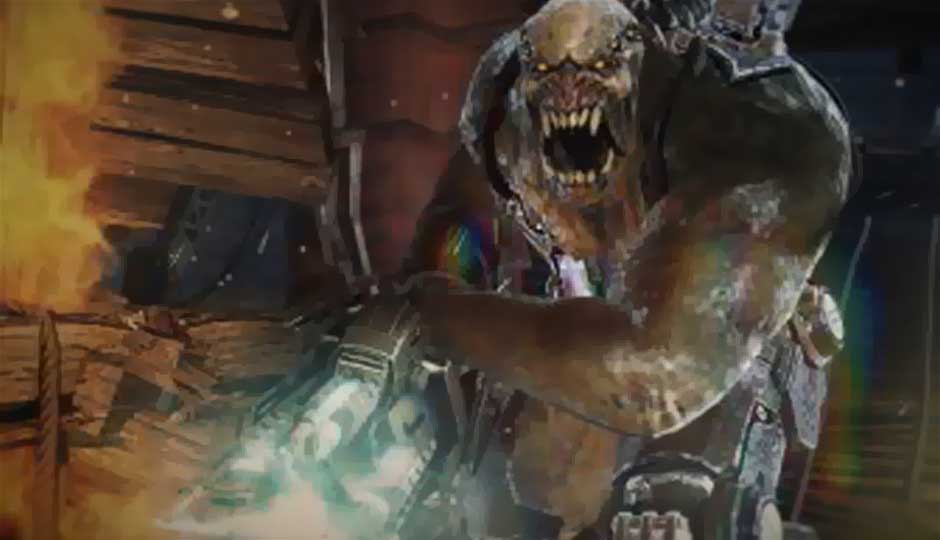 Resistance 3 is a complete entertainer for FPS fans. The simple plot, gruesome Chimera, brutal weapons and challenging landscapes will keep you engaged enough. Majority of the time the story moves forward with you shooting the Chimera, with fairly little narrative in between. Graphics are much better than Resistance 2 and the weapon wheel has been brought back which makes switching weapons and control over them quite a piece of cake. All-in-all a very good game for your money.

In the world of first person shooters, the Resistance franchise has a respectable name. After the announcement in September 2010 about the third installment, the buzz around the game has been quite high. So let's see if Resistance 3 does indeed score.

Gameplay
Resistance 3 picks off from four years after the end of the last installment. Nathan Hale, the former protagonist killed by Joseph Capelli, is not present in this series. In fact, Capelli himself is the protagonist now. The plot can basically be summarised as Capelli’s journey from Oklahoma to New York City via Chimera land. At first Capelli is reluctant to accompany Dr. Malikov, who asks Capelli to accompany him to New York City where the space portal called the Wormhole (think of the scene from Independence Day where the UFO is striking the White House) is freezing the land and it needs to be contained to save the world. Capelli being the family man, is against leaving his wife Susan and his ill child. It’s only on Susan’s insistence that Capelli agrees to go with Dr. Malikov.

They use boats, trains, planes and VTOL (vertical take off and landing) aircrafts along the way. While majority of the fight sequences involve the Chimera, at other times Capelli is fighting with humans who seem to be living in a state of complete anarchy. Although Malikov does not indulge in fights, he does help in transporting Joseph through some Chimera infested areas and he knows his way around these places.

The ravages of a post-apocalyptic world have been thoughtfully portrayed in the form of all-round destruction; abandoned and plundered buildings; limited human beings fighting against each other, etc. You will not get any maps giving locations of attacking Chimera, you have to keep your eyes and ears open for anticipating any of those. The overall feel of the game is quite bleak. Finding a smiling character through the entire span of 20 chapters is as likely as watching India play in the FIFA World Cup. 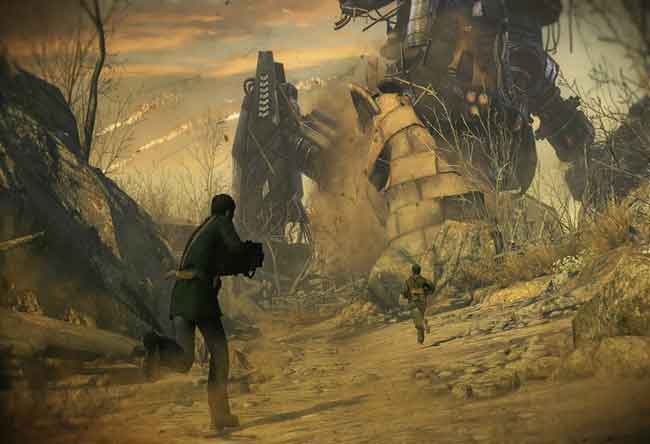 As you progress from one chapter to the next, you come across interesting weapons which keep adding firepower to your weapon wheel. The USP of the game is the weapon wheel which gets filled with insane looking guns as you progress.

Each weapon has a secondary detonation function and as you use a weapon you keep unlocking various levels for that particular weapon. The Auger gun which can shoot through walls is back. We loved the Mutator which is a gun that released a blob which forms cysts on the bodies of its victims, which later bursts. The Cryogun freezes your victims who can then be melee'd to death. Wildfire is ideal for maximum damage of far off objects and Deadeye is your weapon of choice for that perfect headshot from a substantial distance.

Controlling the movements is smooth, but there are a few points in the game where you desperately are in search of an objective marker as you cannot proceed. A sprinkling of journals left behind by humans give great insight into certain aspects of the game, such as a letter by a prisoner to his mother telling her that a certain character should not be trusted or Dr. Malikov’s journal which is with a prison warden.

There is the single player mode and a co-operative mode, where you can play with another player online or offline. In the Multi-player mode you have modes such as Matchmaking, Private Game (for playing with people known to you) among others. There are different types of matches such as Death Match, Team Death Match, Breach (making use of co-op skills), Capture the Flag (involving capturing flag from enemy location and bringing it to your base), etc.

Graphics
This department of Resistance 3 wins hands down. As the game progresses you move from daylight to dimly lit tunnels and buildings to darkness (with a circular orb of your gun providing the light) and at no point is there any loss in detail. The action in the Mississippi river will strain your eyes a bit, thanks to the constant fog surrounding the region. Fire is rendered beautifully with its surroundings having that fluid visual element. 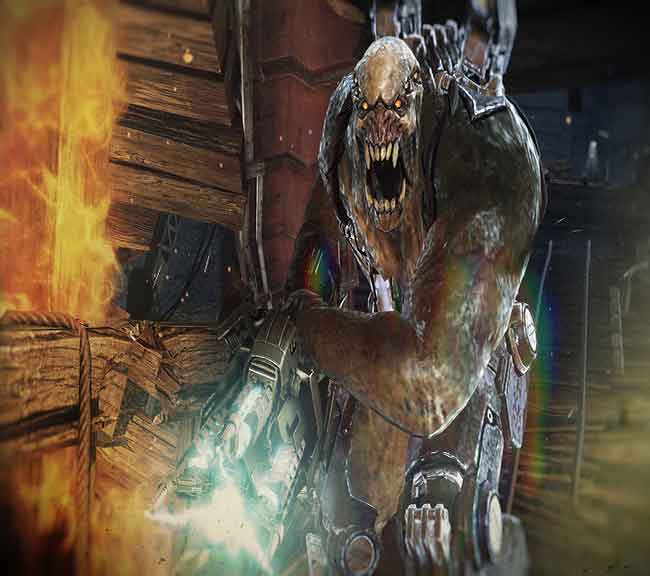 Kill the giants to get the Atomizer

Many fight sequences with the Chimera take place in broad daylight with gusts of wind blowing in all directions and alongwith it, the dust particles. One of the things we did not like is the extremely steady straight hair of Susan (wonder which gel she uses as there is absolutely no bounce in the hair) and fairly limited facial expressions on Joseph's face. Technicalities yes, but when you have the rest of the game rendered so beautifully, these things stand out like a sore thumb.

The detailing in the various guns is worth mentioning with distinct shapes accompanied by slits of lights in the high-end fireweapons. The multi-eyed Chimera look nasty, specially the Goliath and the Hybrids, who have a yellowish fluid filled vials on their backs which blast on shooting.

[RELATED_ARTICLE]Blood and gore is the norm in the game. Sample this – a gigantic chimera screeching like there's no tomorrow and then ripping a head out of one of your team members. Certainly not something you want your young child / nephew / neice to watch. The ruined buildings are overflowing with chimera carcass, but here again you don't just see a blob of red, but instead see detailing in the veins, intestines, organs, the works. Navigating through dark rooms with just the light on your gun is not that difficult and there is intricate design on even the darker parts, which have one in a hundred chance of being lit, as you navigate through the dark areas. 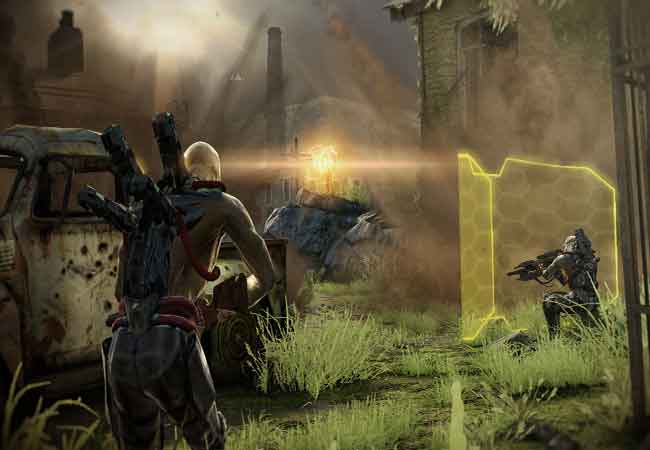 Sound
The wonderful graphics are complemented by an almost cinematic background score. The screeches and shouts of the chimera are ear splitting, but human conversations, gunfire, footsteps, heavy gusts of winds, etc., sound quite realistic. Each weapon has a distinct firing and reloading sound. Thanks to the yelp from the Chimera when the are dead, you are saved a lot of ammunition which would otherwise have been spent on an already dead Chimera. 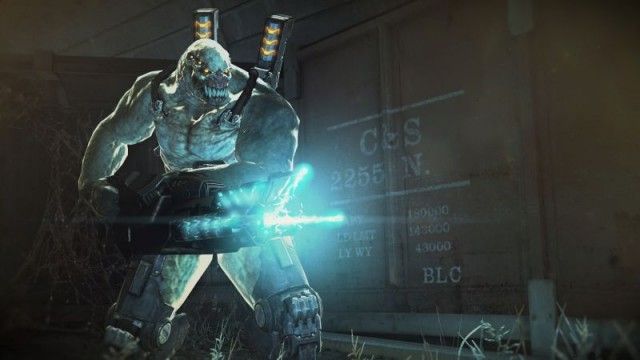 Conclusion
Resistance 3 is a complete entertainer for FPS fans. The simple plot, gruesome Chimera, brutal weapons and challenging landscapes will keep you engaged enough. Majority of the time the story moves forward with you shooting the Chimera, with fairly little narrative in between. Graphics are much better than Resistance 2 and the weapon wheel has been brought back which makes switching weapons and control over them quite a cake. All-in-all a very good game for your money.