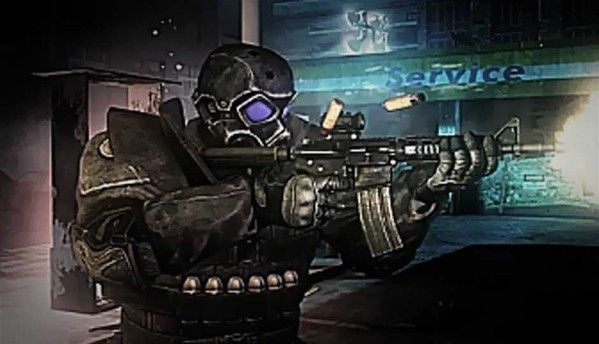 Resident Evil: Operation Raccoon City could have been a brilliant game considering the universe it belongs to. Even if the game borrowed heavily from other games in the genre it would have been a worthwhile experience. If you are in the market to scare your pants off, we suggest you take a look at Dead Space 2, Left For Dead or even Alan Wake. If a third person shooter is what you are after, you can take a look at the Uncharted franchise, Socom and Gears of War to name a few. Itï¿½s difficult to recommend Resident Evil Operation Raccoon city. Even to a resident evil veteran.

Resident Evil has been a household name amongst gamers ever since the days of the first PlayStation. Killing zombies was one of the most satisfying and adrenalin rushing experience of the franchise.

Today we have with us Resident Evil: Operation Raccoon City, set in the universe of Resident Evil 2 and 3. Naturally, the expectations from the game are pretty high. Add to the mix the element of team based shooting and we though we had a game that could give the likes of Left for Dead a run for its money. But has the game upheld the reputation of the franchise or has it crashed and burned?

Story
The story takes place during the initial virus outburst in Raccoon City. You join the ranks of the Umbrella Security service with the objective of destroying all evidence of the company’s involvement in the outbreak. The story could have been really interesting if there were some relatable characters and a little back-story was explained. Without being given a sense of the situation, you are thrown right in the middle of the action. In the offline single player, you don the role of a faceless player and hence, its hard to derive any form of attachment to the characters. The progression is random and will leave new comers in the dark.

Gameplay
All things said and done, a game can still be fun if the gameplay elements are spot on. Unfortunately, the gameplay in Raccoon City is appalling. The only thing that will give you the remotest feeling of satisfaction is if you play the game with friends online, as the offline AI comrades are downright useless. We were surprised when one of AI comrades deployed a heeling grenade at the right time for once.
The game is essentially a third person shooter where you progress from point A to point B killing everything that comes in your way. It sounds like a nice progression mix when you think that the enemies are varied between zombies and soldiers but the experience is nothing but mixed frustration.

It is satisfying to take out a zombie with one headshot, but the rest of the shooting mechanics feel uneven. In your arsenal, you have the option of a handgun, an assault rifle and a bunch of grenades. For the most part the guns feel and sound ok, but the amount of ammo it take to take down the same enemy varies. It fells frustrating to take out the same enemy in the same way and consume different amount of ammo.The variation in enemies is nicely mixed between zombies and soldiers but the mix isn’t the best thanks to the frustrating gunplay.

Next Page:  More on Gameplay, Graphics, Sound and the Verdict...

Since this is a third person shooter, cover mechanics in the gameplay are eminent. To take cover, all you need to do is go close to any object and your character will take cover automatically. This system takes a little time to get used to, as it is simpler to press a button to get in and out of cover.

There is a melee combat system present as well in the game and for the most part this seems fine, especially if you are in a situation where you are low on ammo.
There are the occasional set piece moments, which are generally the high point of third person shooters and provide a break from the monotony. The set piece moments in Raccoon City are lackluster when compared to the likes of Gears of War.

Graphics
The best part of any resident evil game was always the infected zombies and the way they reacted. In Raccoon City, their presence doesn’t go beyond the tried and tested formula. The game should take some serious inspiration from the likes of Dead Space 2. The environments too do not showcase anything worth boasting about. You are either in a corridor of some building or in an open courtyard. There are no moments where you would want to stop to take in a breadth-taking environment.

The faces of the characters you don too are covered and do not provide any relatable emotions. There is nothing to get you attached to your character apart from a nickname and a character class.

Sound
The sound of an assault rifle tearing through a zombie is very satisfying. The guns in the game sound good. The background score too picks up the beat when the fight gets intense but the underwhelming gameplay is the primary reason we couldn’t appreciate it.

The voice acting is ok. It does get cheesy but isn’t irritating. It would have been nice if the story were well narrated.

Verdict
Resident Evil: Operation Raccoon City could have been a brilliant game considering the universe it belongs to. Even if the game borrowed heavily from other games in the genre it would have been a worthwhile experience. If you are in the market to scare your pants off, we suggest you take a look at Dead Space 2, Left For Dead or even Alan Wake. If a third person shooter is what you are after, you can take a look at the Uncharted franchise, Socom and Gears of War to name a few. It’s difficult to recommend Resident Evil Operation Raccoon city. Even to a resident evil veteran.

Also check out the official trailer of the Resident Evil: Operation Raccoon City