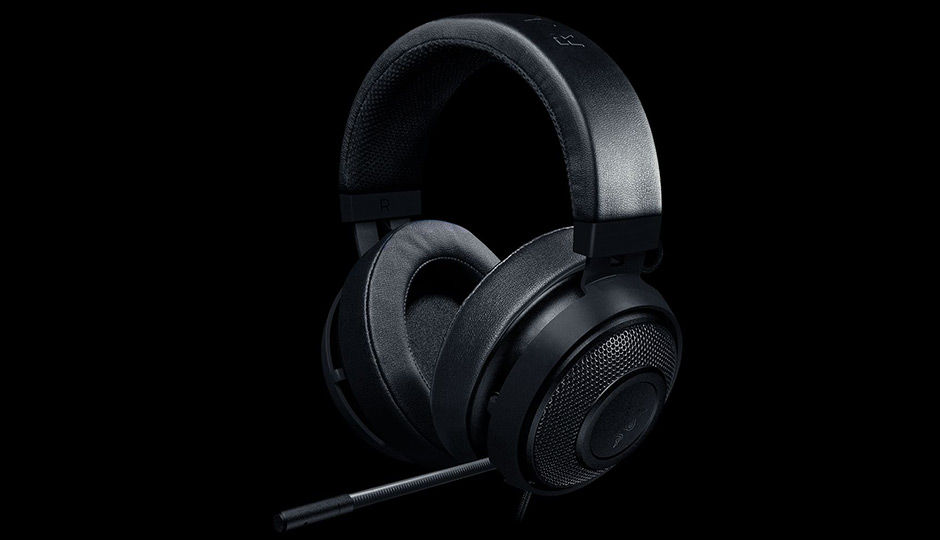 The Razer Kraken Pro V2 improves over a few flaws with the older design and forms a worthy choice for gamers. There’s an aluminium unibody supporting the entire headset. Not only is it strong, it’s more flexible indicating higher durability. However, the coating on the ear cushions is still the same. In our experience, they start to wear out after a couple of years. To tackle that, Razer made the cushions swappable. You will be able to buy oval-shaped or circular ear cushions later and swap the existing one out. The clamping force is lower, but enough to stay on your head in spite of minor jerks. Overall, the build quality is impressive while delivering a comfortable headset to use for hours.

The Kraken Pro doesn’t offer exceptionally brilliant audio performance which is the case with most gaming headsets. Its sound signature has a lot of enhancement done on the lower spectrum. You will be able to feel the bass-heavy explosions and gunshots. This also makes it favourable for EDM and trap music. However, it doesn’t feel overpowered to the extent where you feel uncomfortable. The retractable feature of the mic is quite useful with the in-line volume and mute control taking it further. The Kraken Pro V2 is slightly expensive for its price and performance. We would recommend the ASUS Cerberus V2 for its lower price, similar features and build quality. It delivers almost the same mic performance but performs better in audio quality in games and music. If you're a Razer fanboy and want an analog gaming headset, look no further.

Razer has been releasing updates to their established products in almost every category for a long time. Take for example the legendary DeathAdder mouse. It’s closing in on almost a decade since its launch back in 2006. Razer has continued upgrading the gaming mouse with the DeathAdder Elite being the latest iteration. The Razer Kraken headset series is also old and now the latest upgrade comes with the V2. The Kraken headsets have two connectivity options with analog and USB where the Pro variant comes with analog connectors. Few upgrades were made on the Kraken Pro V2, making it more comfortable and sturdier now. Internally, there have been changes made to the drivers and they are also bigger now. The upgrades on the Kraken Pro were based on some shortcomings in the older product. 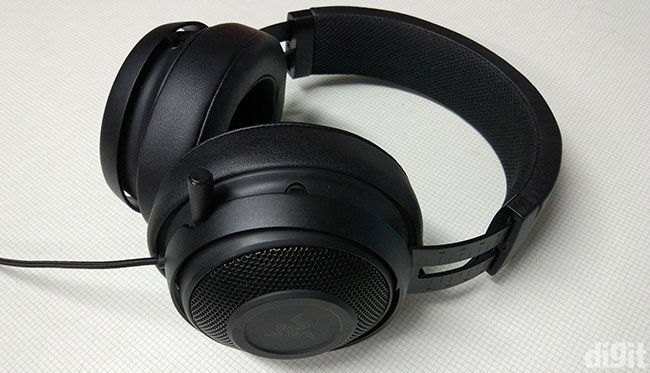 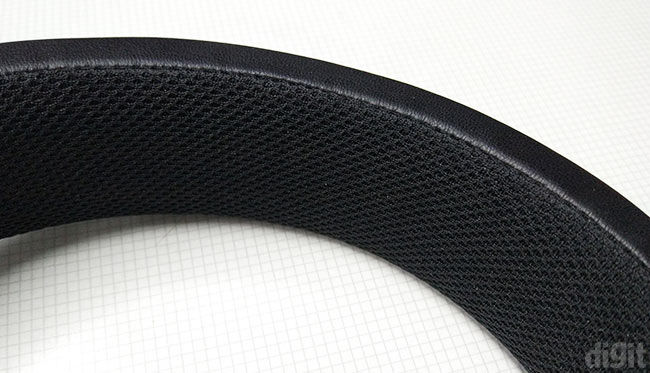 A major update on the headset is the bigger driver size than the previous one. Depending on your ear size, it would either go completely over your ears or just on your ears. With the increased size, there's more scope for people with larger ears to have their ears completely covered. This will ensure better passive noise cancellation. Another needed update was the main body of the headphone. Earlier, they went with a plastic frame which creaked a lot. Pulling apart the ear cups also indicated the weak plastic body. However, the V2 now has an aluminium unibody to give it a more flexible and stronger structural integrity. It now feels like it can take on rough usage and even drops. Although the drivers might be susceptible to damage, so we would recommend you to be careful. 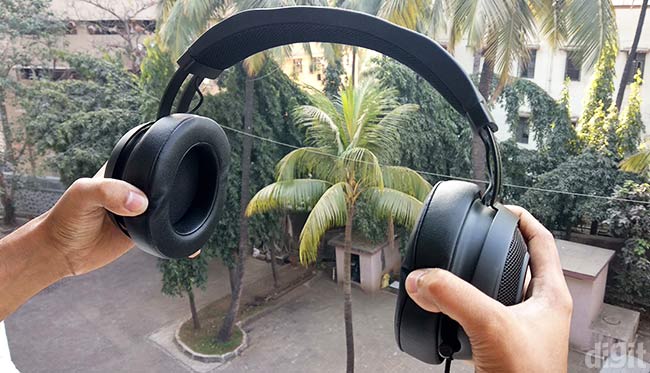 There are sliders on both the sides so that you adjust the headband according to the size of your head. 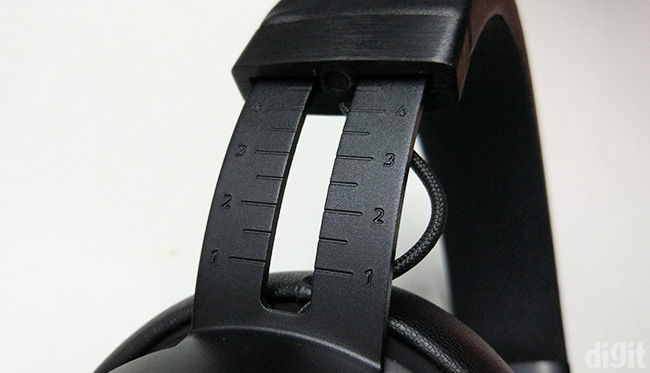 We also felt that the clamping force has reduced slightly because of the design change. However, the force is still enough to avoid any slipping on slight jerks. This also makes it more comfortable to wear for longer durations. We were able to sit through about five to six hours of gaming and listening to music without any sweat (literally). But it could be different for others. 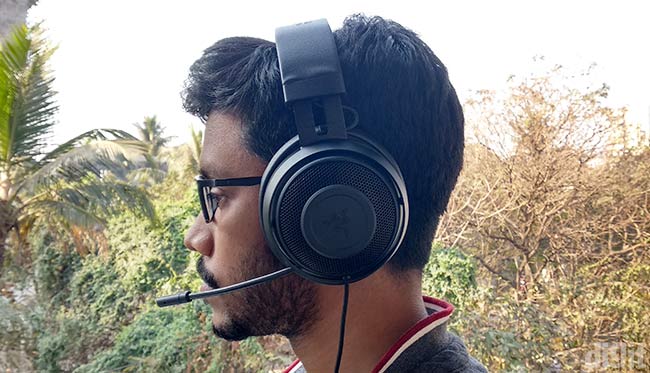 To comfortably place the headphone around your neck, the earcups usually rotate 90 degrees inwards. This ensures that the earcups don’t keep banging on your jaw or chin whenever you move your head. The earcups on the Kraken Pro V2 don’t rotate. So, you’ll have to place them around your neck in the standard position. This is something you should consider if you’re one of those people who hang their headphones around their neck. Especially if your neck is short. 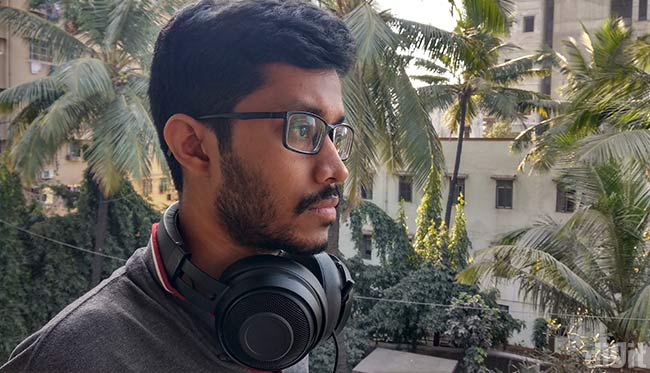 In time, the ear cushions wear out and become uncomfortable. Some manufacturers make the cushions removable so that you can replace it with aftermarket ones. Otherwise, you’re forced to stick to them until the headset itself stops working. The new Kraken Pro V2 comes with a foamy ear cushion that can be removed. Only official aftermarket ear cushions from Razer are compatible with the headphones because of the locking mechanism. They are available in oval and circular shaped designs. A mic is crucial in a gaming headset. It is one of the features that allow a headphone to be called a headset in the first place. The Kraken Pro V2 continues the same retractable boom mic design from the older versions. It’s as flexible as it used to be. One upgrade here is the in-line remote with volume and mute control. You can change the volume using the dial and the mic switch lets you mute or unmute at will. 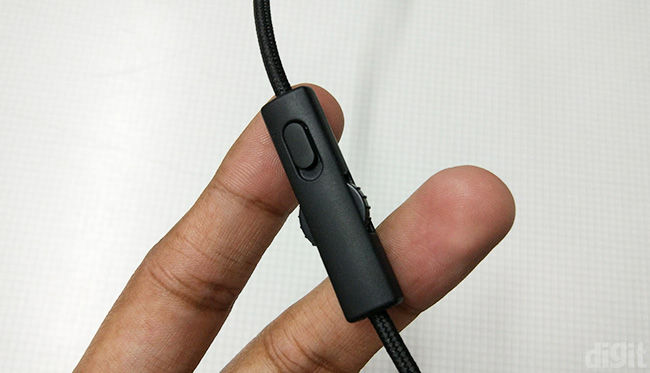 The primary braided cable ends in audio out and mic in 3.5 mm jacks. An adapter is also available in the package to combine them both into a single 3.5 mm jack for mobile devices, consoles, and laptops with combo ports. 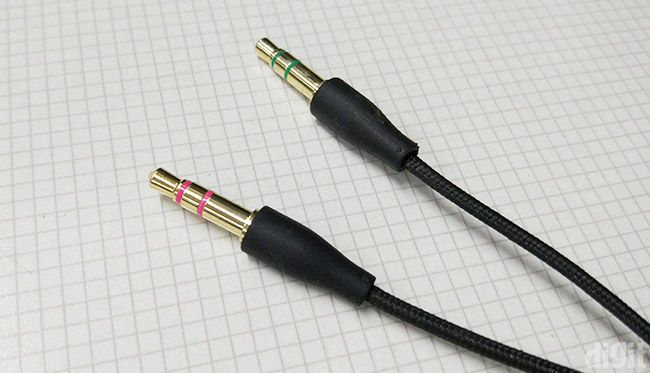 In order to test the performance of the headset, we play a few sound samples and also compare the mic quality to previously reviewed headsets. We weren’t exactly blown away by the sound quality on the Pro V2. Bass-heavy music sounds great on the headset which is the same with many gaming headsets out there. But if you’re planning on listening to music with powerful vocals or acoustic instruments, you won’t be impressed. You can enjoy watching movies and TV shows with the Pro V2, especially in the action and adventure department. On listening to our Dolby sound samples, they didn’t perform the best but they were good enough not to ruin the experience. 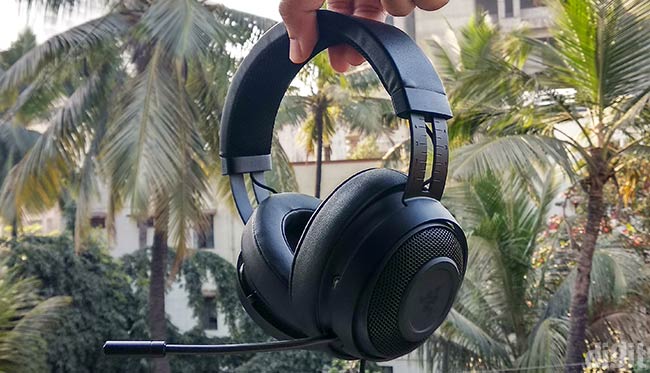 As already mentioned, the drivers offer some enhanced bass. This makes sounds in the lower frequencies feel stronger. Explosions and gunshots serve the right amount of punch to give you an overall better experience. The positional audio performance was satisfactory. A custom workshop map in CS:GO allows you to test how well the positional audio works on your headphone. We were able to accurately pinpoint the position of the enemy most of the time. This means when you’re playing games, you will be able to locate the direction of the sounds accurately. The soundstage is also favourable on the Pro V2 and didn’t feel narrow at any time.

Voice communication was clear even when there were sounds playing at the lower end of the spectrum. The mic was clear enough and didn’t sound like it was subdued or too flat. It was certainly enhanced to make your voice sound brighter which is always a good thing. Our only concern was that sometimes, our voice would pop and maybe they should have gone with some kind of a filter over it. Compared to other gaming headsets that we've tested, we found the mic volume to be lower.