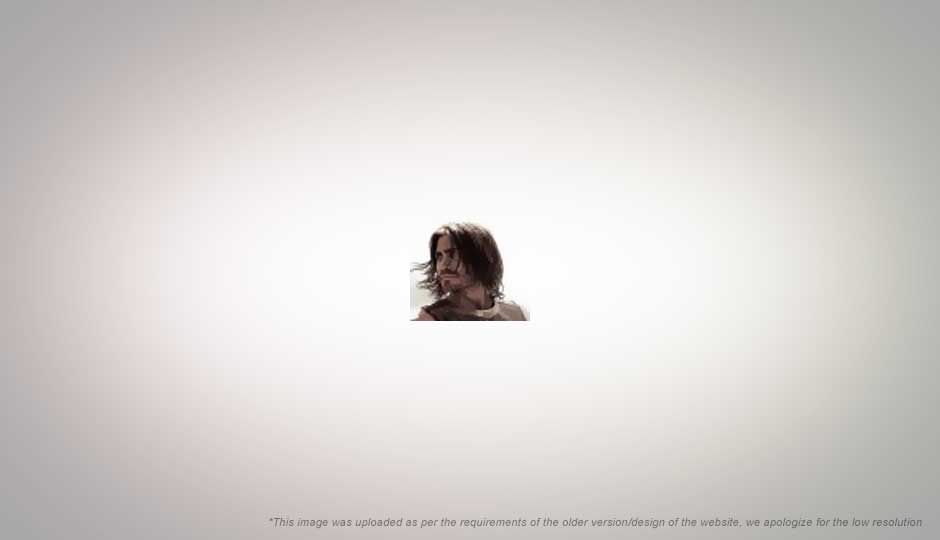 Prince of Persia - The Sands of Time [movie]; technique behind the stunts Review

Prince of Persia - The Sands of Time [movie]; technique behind the stunts detailed review 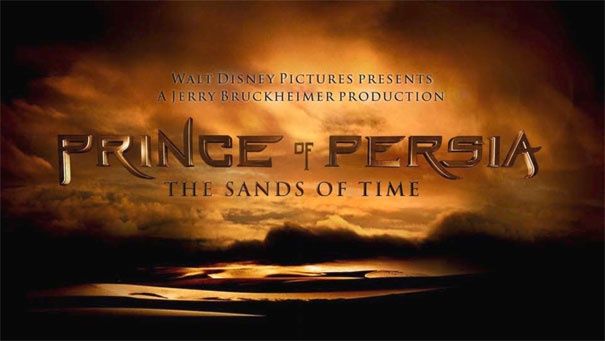 There were two things that strongly drew us towards Prince of Persia : the Sands of Time. Our love for the games of the franchise and the action we saw in the trailers. And we must admit, those are the pillars of the film. But the problem is that there is no roof on them. As the dust of Persia settles, all you are left with is little rush from the good action scenes and a somewhat similar recreation of the beautiful world of the game. The rest of the movie can be described in one word: shallow.

The movie begins with a sequence of the orphan kid 'Dastan' ('The' Prince, played by Jake Gyllenhaal) standing upto the soldiers of the King of Persia (Ronald Pickup). The king, like us, was impressed by the courage and acrobatics of the boy and adopts him. The geek in us was satisfied that the Prince is as acrobatic as our video-game hero. The acrobatic genes are carried on by the adult Prince, which is about the brightest point of the movie; but can only entertain kids for long. The styling and clothing of the Prince is identical to that in the game, and we loved it. Moving on, the full-grown stubble-sporting Prince and his brothers Tus (Richard Coyle) and Garsiv (Toby Kebbell), along with Uncle Nizam (Ben Kingsley, in horrible make-up) attack the holy city 'Alamut', accused of providing weapons to the enemies of the expanding Persian Empire. As was the case with a certain modern-day war, no weapons were found in Alamut.  The motive was the acquisition of the mystical Dagger of Time (Yes! the one from the game) which can open the Hourglass buried under Alamut to reverse time. We are then served the stale 'Movie curry' of ulterior motives, false accusations, realizations, girl-and-boy-lost-in-the-desert sequences, I-wanted-to-be-the-King plot and wacky pirates. The story is not really inspired from the Sands of Time, the game. Still, the story does have a backbone at least, unlike the limp character sketches: Simply awful. Framed poorly, the lead actors forgot their character sketches completely, even before the interval.

Check out our verdict and the secret behind the gravity defying stunts..... 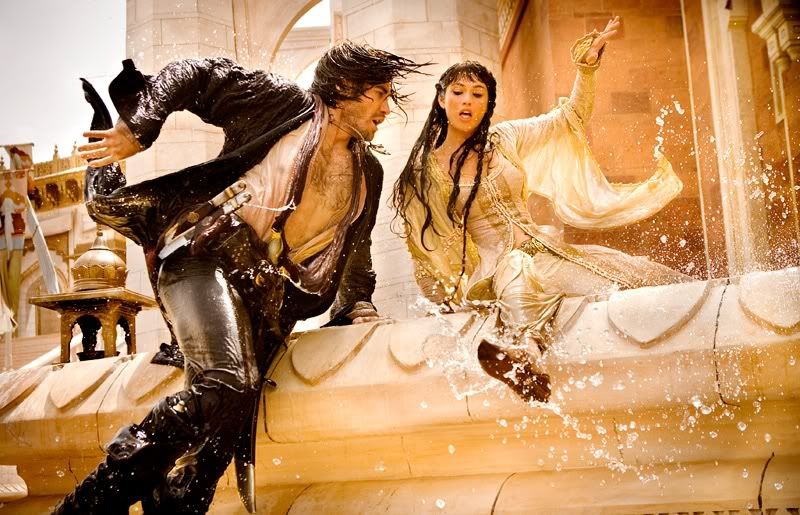 Consider this: A Persian Empire, with characters speaking in slick British accents. The Prince starts off with the original costume and the rugged look, but his look gets suaver and suaver as the story progresses. A Prince shouting "Hey brother" like it's just another episode of 'How I met your mother'. Then telling his elder brother (the King-to-be), as the latter looks at the Princess, "Sure you really want another wife brother?". Such dialogues are completely out of place. Yes, the original Prince's character is witty and charming but the wisecracks by Jake Gyllenhaal are hollow and cheesy because the animated hero we all loved has set high standards.

The Princess of Alamut, Tamina (Gemma Arterton), a poised and graceful leader of the whole city in the first appearance, turns into a clumsy, whining girl in the later sequences with the Prince. Continuing the horrible direction, even the kissing scene is misplaced, where the Prince and Princess choose the moment when the villain is climbing up to bring the world to an end, to shower each other with affection. Some of the things just made our hands go up in the air in frustration. Some sequences were spoiled by careless editing, where it seemed like the very crux of the scene was missing.

The characters have poorly written dialogues, with an English that is a little too modern even for a witty tale basically targeted at the younger segment. The tax-evading money-loving mercenary Amar, played by the otherwise excellent Alfred Molina, reminds us of 'Abis Mal' from 'Aladdin' franchise and would have been convincing as at least one Persian but for his blabber about stuff like "entrepreneurship". Come on! It's a modern word first used in around the 19th century. Lexicology aside, the pirate angle did provide some comic relief, notably, the ostrich-race sequence; the only time we were in splits.

Watch the movie for the action and locations. If you are tired of anorexic leads, Princess Gemma Arterton should be a welcome relief. If you are a Prince of Persia fan, toss a coin because this film packs a mix bag for geeks. You should watch the franchise coming to life, but the technical errors and the cheesy Mr. Gyllenhaal will seriously bother you. We wouldn't turn back the sand to ever watch it again, and would give it a 2/5.

But we'd leave you with something to cheer about.

Actor Jake Gyllenhaal learned the French sport Parkour, that enabled him to perform those video-game-like acrobats. Yes, some of those are for real, as Mr. David Belle, largely credited as the founder of parkour, demonstrates below. Enjoy the video!