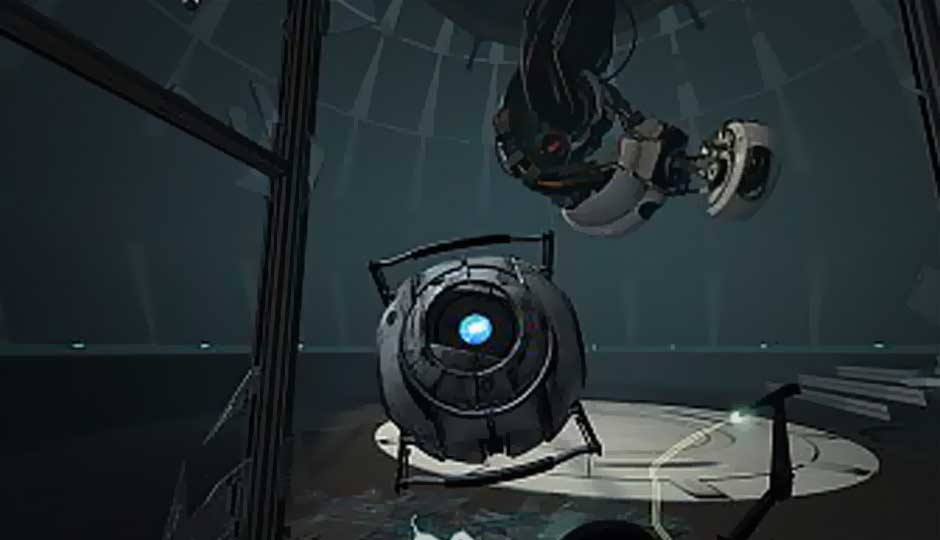 A must buy, must play experience that will keep you smiling for up to a week later, and chuckling when you remember a joke from the game. Be prepared for people to walk up and ask, "What's so funny? Share the joke with us." Do them a favour, and let them try it out.

First-up, little history. I’m a Valve fanboy, and not ashamed to admit it. Half-Life, despite its shitty graphics (by today’s standards), was the first game that hooked me into a story line, actually making me duck when pixellated head crabs jumped up at the screen. It drew you in and pwned you. “There’ll never be another game like this,” I said. Then they brought out Half-life 2, and I was hooked all over again. Then they frustrated the world with the long waits for Half-life 2: Episode 1 and 2, and I was secretly plotting to send them letter bombs when this game called Portal came out.

Portal was a revelation. It was immersive, funny and was an FPS game that had no “shooting” to speak of. Oh wait, I forgot that turrets can shoot at you… anyway, Portal was unique, and quirky, and I loved it more than any other game I’ve ever played.

When Portal 2 released, I was torn between being sceptical and excited. It was, after all the freshness of the concept that made Portal the iconic game it was, but now the concept was old… Could they pull off another HL2 with Portal 2? 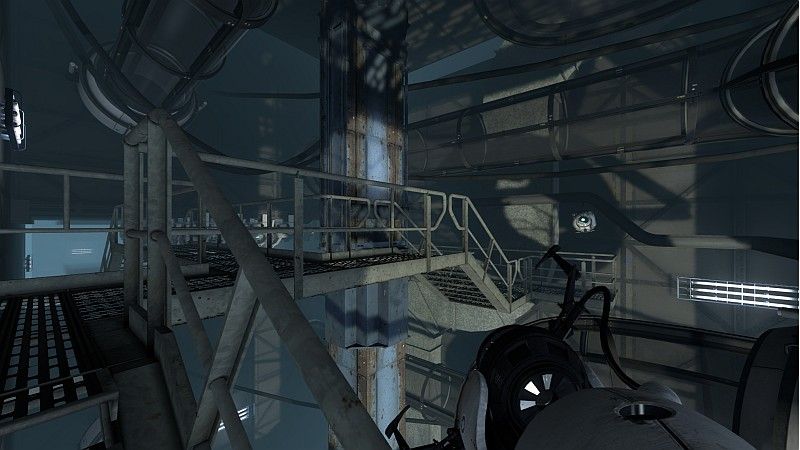 All I can tell you to answer that question is that I played and finished Portal 2 in a little over 8 hours, and in one single sitting – much to the chagrin of my wife. “33-year olds don’t do such things”, she said, but the game made me feel like an addicted teenager. Is it better or more iconic than Portal? No, but it certainly is a great game; it’s longer and more fulfilling and there’s just enough newness to keep you playing.

The game begins with you waking up somewhere in the testing facility, and meeting Wheatley, a robot that looks like one of GLaDOS’ cores that you destroyed in Portal. Very quickly you realise that Wheatley, is, well, special, and is British, apparently. He’s funny though, and you can’t help but laugh at his dialogues. He’s also irritating enough to make you start thinking that this is just a poor substitute to GLaDOS, and not really as funny as the original. Then BAM! You’re quickly brought back to the fun of Portal, as GLaDOS is resurrected just as you were getting bored.

Very quickly, you seem to be at the end of the game, and start thinking, waitaminnit, this is even shorter than the first one, isn’t it? Then several plot twists later you begin to realise that this game has been plotted to perfection. Just when you think you’re about to start missing something from Portal, Portal 2 throws a curve ball at you to make you sit up and pay attention.

The world map is huge compared to the first part, and the puzzles are a little more challenging. There are also quite a few new props added into the puzzles, which bring a lot of freshness into the game. Along the way you also figure out that you’re still playing as Chell herself, and not just a clone or someone who looks like her. 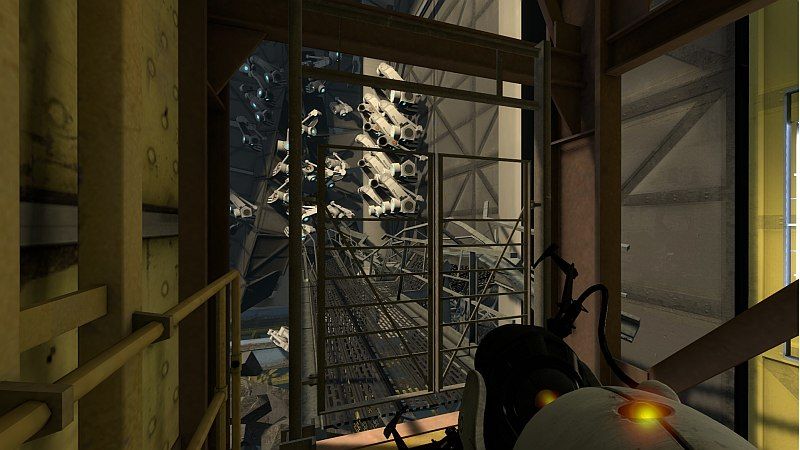 The dialogue is scripted immaculately as expected, but what’s new here is actual conversations between two bots, instead of just one way traffic.

What’s also new is that you actually get a true sense of how huge the facility really is, and the attention to detail – especially when you see some of the facility in disrepair – is pretty impressive.

Physics has always been what Portal is all about, and instead of just stuff that’s going through portals, Valve shows off by making things collide and break apart very realistically. Some of the liquid effects are quite silly though, but seem to add some comic value rather than subtract from the immersiveness of the game.

The main USP of Portal 2, however, is always going to be the puzzle solving, and just as you did in the first one, you will struggle at some points, die a few times, and finally figure out the solution that makes you want to face-palm, because it’s always obvious once you’ve finished it.

However, what’s truly new in this second edition is the addition of a multiplayer mode. Take the complexity that they’re able to produce with one gun (two portals) and square it, and you’ll get the idea. Being silly on your own and taking forever to get to the solution is one thing, being nagged and prodded (verbally or physically) by a partner just adds another dimension to the game.

You’ll find yourself marking spots on maps for “slower” players, and impatiently waiting for them to get the idea. It’s a good experience when your partner is sitting next to you as there’s a lot of shouting and suggesting, but when the partner is unknown, everyone gets a lesson in patience and politeness.

A must buy, must play experience that will keep you smiling for up to a week later, and chuckling when you remember a joke from the game. Be prepared for people to walk up and ask, “What’s so funny? Share the joke with us.” Do them a favour, and let them try it out.